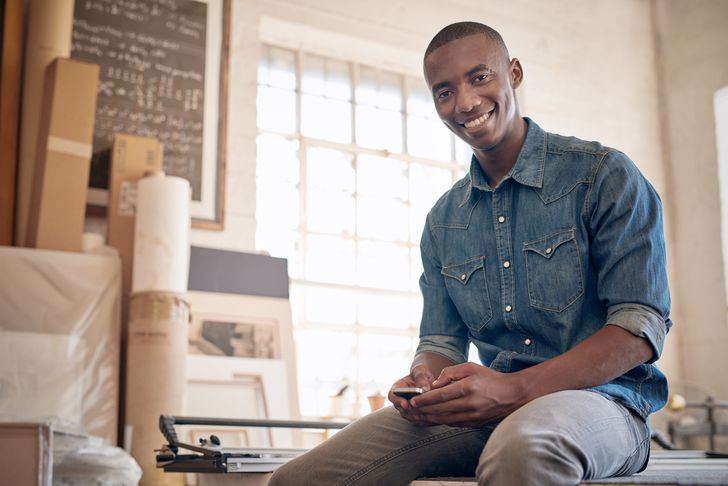 Bryce Welker was never cut out to be an employee. When asked what would have to happen to make him go back to working for someone else, he doesn’t mince his words: “I would have to be homeless.”

Bryce’s resistance to working under someone else’s command doesn’t come from a lack of work ethic, perseverance, or loyalty. “I worked really hard,” he says, “and I was a top performer. But I didn’t like being bossed around.”

While inspirational quotes and platitudes abound, the real question is: Where does motivation for self-employed business owners truly come from? More to the point, how can you tap into it?

Out of the several bosses he’s worked under, Bryce says just one or two truly fostered an environment where he, as an employee, felt appreciated. Eventually, Bryce realized something: For all his hard work, he was getting nothing out of his efforts. That realization was the turning point—the catalyst that prompted his journey to the life he lives now.

The first step is a leap of faith

Bryce, like many self-employed individuals, took a leap of faith to get to where he is today. A self-taught coder, he built his own website and, inspired by earnings of just $1,000 a month over his first three months, quit his day job. “I decided to quit my job at the accounting firm and go try this Crush Empire business—see if I could turn it into a living,” he says.

As the CEO of Crush Empire, an online education company, Bryce is “looking to revolutionize the test prep industry.” Aspiring professionals looking to move into accounting, finance, or even law can take test prep courses, via Crush Empire’s network of websites.

But before Crush Empire became what it is today, Bryce says he had to make his self-employment economical. He sold everything he owned—including his car—and left the country, bound for Thailand with just a suitcase and a laptop. “I had enough money for one year to run with, so I thought I could figure out something in that time to make it work,” he says.

Bryce’s inspiration for leaving the traditional workforce isn’t uncommon. A recent survey of self-employed workers successful found 43% started working for themselves after they got tired of being someone else’s employee. Nearly 20% said it was the single most important experience that altered their path.

However they get to self-employment, 84% of such individuals attribute their success to their hard work. Bryce among them.

“That first 2½ to three years, it was just a grind every night,” he says. “I worked at least 100 hours a week, but part of that was reading articles about SEO and paid advertising and all of this cool stuff that’s very mathematical. I was seeing results, and it was fun. I was growing the business and living abroad and learning to speak Thai on the side.”

Bryce says he loved those first few years after his initial leap into self-employment, despite the crazy hours and steep learning curve. “I was learning so much, and I was hanging out with really smart people, so it wasn’t like work to me,” he says.

Fortunately, those long nights became shorter before he could burn out, thanks to some time-saving processes. Bryce says he also learned how to hire the right people and how to keep them motivated. Today, he’s living a different self-employed life. “I don’t have to do all of the work that my team does now,” he says.

The unexpected motivations of self-employment

People turn to self-employment for a variety of reasons, and not just because of a bad boss or manager. Another survey—this one focused on self-employed work-life balance—showed self-employed workers not only have more time for family (around 55% claimed this was true) but also have more personal time and more flexibility for things like vacations or running errands.

That’s somewhat unexpected, given self-employed workers are also business owners, and like all business owners, they wear a variety of hats. These individuals have an overflowing plate, handling their own marketing, their own scheduling, and in many cases, their own accounting, web design, and production.

Even with all these responsibilities—plus the fact 35% say they’re now working longer hours—most say they’re happier and feel more fulfilled now than ever.

It sounds cliche, but in their case, the adage rings true: When you do what you love, you’ll never work a day in your life. (Check out these handy tax forms for the self-employed.)

Bryce is one such entrepreneur. He’s used to running errands and working longer days. “I’m always in and out of the office, bouncing around,” he says, but if there’s one benefit to being your own boss, it’s the opportunity to choose your workspace. As for Bryce, he’s chosen a location just three miles from his house, which makes his commute super easy.

“I don’t have to get on the freeway. It’s just a backroad, and it’s a nice drive, so if I need to do something, it’s really easy. Plus, the ocean is right there, so I can go down and take a walk, which I do at least once a day,” he says.

As for longer hours, Bryce admits that he does work long days at the office here and there, but being self-employed has also given him the flexibility to spend more time with his loved ones. “I think I work more effectively [now],” he says. “I work long hours some days, but then I’ll take a Friday off if I feel like it and go hang out with my wife and my dog, and we will go do something fun. It’s just nice to have freedom so I can work when I want to work. And then, when I want to take off time, I can take off time.”

Freedom, for Bryce, is huge. Like many self-employed individuals, it’s the thing that pushed him to start working for himself. And now, it’s the secret ingredient to his recipe for living a full and happy life. “It took a long time to get here,” he says, “but I live a great life. I think it all comes back to freedom again. I don’t have to stress about things that would distract me from being happy.”

The recipe for a good life and a successful business

Living a successful self-employed life takes many ingredients, not unlike a great family recipe. There’s passion and drive, talent and luck, sacrifice and skill. But there’s also the people surrounding each self-employed person.

Bryce, too, has a network of support and people around him to keep him motivated, every step of the way. “No matter what happens, I have people that can handle it,” he says. “I have a business coach. I have a consultant. I have my lawyers. I have my CPA, and they all have business friends. [I’ve] surrounded myself with a good group of people that can help me, so I don’t have to feel like I have to solve every problem anymore.”

And in part, it’s this network of support that’s helped Bryce maintain his passion for his business. “I treat my business like my baby, basically, so it is kind of like watching your kid grow up.”

While Bryce doesn’t have kids yet, he says the similarities, at least on a metaphorical level, are clear. “You’re either all in, or you’re not. You’re watching it grow up, and there are new problems to tackle and different situations, and it’s very challenging. But it is worth it. To think of something in your mind and then actually go out and execute. To do what needs to be done to bring this idea into fruition and to where it’s actually bringing in money, and then hiring people and providing livelihoods for them.”

Bryce’s team has become another branch of his family—one more ingredient in his success. “I have a very well-run business now,” he says. “It took a long time to get here, but I live a great life. I don’t need for anything.”

Learn more about how much your employees really cost with this handy employee cost calculator.

This article originally appeared on the Quickbooks Resource Center and was syndicated by MediaFeed.org. 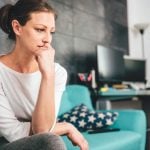 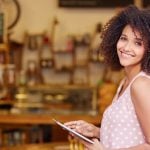 Next Story:
How to turn an idea into a small business