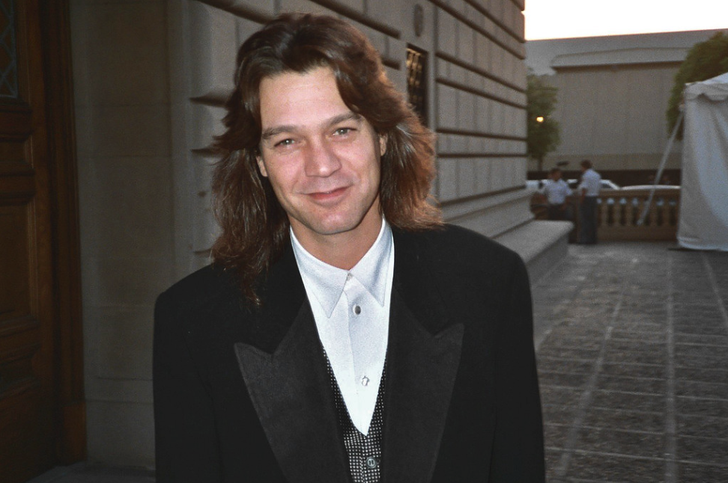 Yesterday I learned that Eddie Van Halen, guitarist for the hard rock group Van Halen, had died of cancer at the age of 65. I am simultaneously more upset than I would have expected and also completely unmoved. Allow me to explain.

I grew up in the 1980s, and Van Halen was pretty much an inescapable fixture of popular culture back then. You couldn’t get away from their music, no matter how hard you tried. Only Thriller-era Michael Jackson was more omnipresent, and Eddie Van Halen even found a way to get in on that, by playing a lead on “Beat It.”

Otherwise, you just accepted the supremacy of Van Halen and put up with it, most likely eventually gravitating towards a few songs. Mine were “Hot for Teacher” and “Unchained,” and side one of their debut, taken as a whole, was pretty hard to beat. I am not sure that a number exists that is high enough to quantify the number of joints lit to the opening bass notes of “Runnin’ With the Devil” in parked Camaros in the nation’s mall parking lots.

Simply put, Van Halen was a huge part of the culture I grew up in, and the sadness that I feel today is that of another chunk of my youth sailing into the sunset. Musicians I was a lot more connected to, like Neil Peart and Grant Hart and Peter Steele and Ronnie James Dio and Denis D’Amour, have passed over the last several years, and when those happened it was a personal loss of musicians who I felt spoke to me individually.

Why am I feeling anything at all?

This is different. It’s not the JFK assassination, but there’s a real feeling of something that was important to my generation – and our feelings of youth and invincibility – being taken from all of us. It’s a collective loss, a big gunshot hole right in the center of our FRANKIE SAY RELAX t-shirts.

Now, as for why I’m unmoved. When they replaced David Lee Roth with Sammy Hagar, the music went to hell overnight, but they had made their decision and that’s that. However, all parties concerned would not shut up about it, and the DLR vs. Sammy wars spilled out into the open, for years.

I did not care about this whatsoever, and hearing about it constantly was extremely tiresome. Then they got into this whole thing where they got David Lee Roth back, and it just turned into a huge drama of party A arguing constantly with party B.

Then, finally, they got Extreme’s Gary Cherone to sing for them on 1998’s “Van Halen III,” and it stiffed. No one bought it. Van Halen did not release another album for 14 years, and during all that time, all they really seemed to be doing was engaging in recriminations against each other and arguing about who would sing on the next album, if there ever was one.

I don’t know the timeline of when Eddie Van Halen got sick, so I don’t know what he was dealing with either in all the years between those two albums, or in the eight years since the last one. He was said to have some struggles with the bottle, and there’s some footage out there of him clearly bombed out of his mind, trying to play and being completely unable to pull it off. It was a real “oh how the mighty have fallen” moment.

The music died a long time ago

I guess if I’m unmoved by Eddie Van Halen’s passing in any way, it’s because I’m mad that he let all those years pass without releasing any music, and I wasn’t even that big a fan. It was that, at some point, Van Halen had stopped being a band and had become this Real Housewives of New York grievance factory that churned out gossip, recriminations, hostility… everything but music. And Eddie Van Halen was a guy that revolutionized music, whether you enjoyed it or not, and should have spent that whole time playing music.

I just turned 51 last week, and between the aging process and the pandemic and other factors, I get more and more painfully aware every day that time is not my friend. It’s not something that I have endless reserves of to tap into whenever I want to lay down another 20 years of runway. My time is limited, there will be nothing else, and the clock is ticking.

Whatever petty stuff I have between myself and other people, I’ve been trying to lay that down. It doesn’t help me and I’m not going to get what I need out of it. All that’s going to live after me are the things I’ve created and the memories people have of me. The time I have right now is fleeting, and I’m not going to abuse it. I’m going to try to be as productive as I can, churn out as much writing as I can, and spend as much time with my family as I can. Everything else is going to go away someday.

This article originally appeared on the author’s blog and was syndicated by MediaFeed.org. 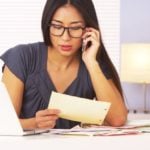 Previous Story:
9 ways to save money on your utility bills 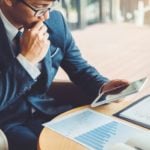 Next Story:
Investing in private companies