Robots are starting to deliver groceries. Are you ready? 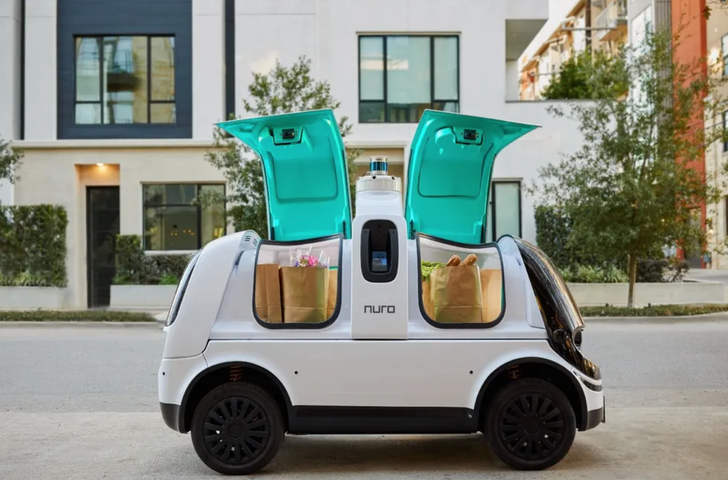 By 2020, people thought the autonomous car would whisk you to the office while you read the paper and tackle your emails, then taking you home from the bar on a Friday evening. That remains lodged somewhere in the pipeline for now. But another slice of science fiction is on the way – robots that deliver your food — and it’s already knocking at the door.

Robotic food delivery (or, increasingly, the delivery of anything that fits into a robot) is being tackled by a wide range of companies, from garage startups to retail giants. Many use six-wheeled robots designed to drive themselves along the sidewalk and the pathways of business parks and college campuses. Others are much larger and permitted to drive on public roads.

Here are seven that are at least in trials or already at work.

Instead of taking the popular route of using a sidewalk-driving robot from Starship Technologies, Nuro has opted to head for the open road. Its vehicles are purpose-built to carry fresh food in chilled or heated compartments, and being fully autonomous means there are no conventional controls, and no space for a driver.

Called the R2, the vehicle as of April 2020 is allowed to be tested on public streets in California, specifically around portions of Los Altos, Menlo Park, Mountain View, Sunnyvale and Palo Alto.

Customizable space inside can be used to carry fruit and vegetables, prepared meals, or stacks of freshly baked pizzas, with the temperature adjustable to suit whatever’s inside.

“Our R2 fleet is custom-designed to change the very nature of driving, and the movement of goods, by allowing people to remain safely at home while their groceries, medicines, and packages, are brought to them,” said Nuro earlier this year.

As you might well expect from the retail giant, Amazon is also working on a way to deliver goods using robots. It has already spent several years trying to figure out drone deliveries, and now its Scout vehicle is taking to the streets and sidewalks.

Revealed back in January 2019, the Scout was designed and built in-house. An electric six-wheeled robot, the Scout works a lot like those built by Starship Technologies, driving itself along the sidewalk, then opening up when it reaches your front door.

A fleet of six Scout robots began their working life by delivering packages to Amazon Prime customers in the Snohomish County of Washington, close to Amazon HQ, in early 2019. Customers place an order as normal, then are assigned a Scout instead of a delivery driver depending on availability. During testing, the vehicles are accompanied by an Amazon employee to keep an eye on them.

The robots continued to operate through the coronavirus pandemic, Amazon said on July 21, delivering goods in a safe manner. From late-July, Amazon expanded its Scout trials to Atlanta, Georgia and Franklin, Tennessee. Amazon said: “We are starting with a small number of Amazon Scout devices in each city, delivering Monday through Friday, during daylight hours. Customers in both areas will order just as they normally would and their Amazon packages will be delivered either by one of our trusted carrier partners or by Amazon Scout.”

As mentioned earlier, the Starship delivery robot has quickly become the go-to choice for many food and delivery companies. These six-wheeled electric vehicles are used by several US colleges for delivery food to students across campus, and have been trialed by grocery stores and takeout businesses in the US, UK and Europe.

During the coronavirus lockdown, a fleet of 70 Starship robots was used to deliver groceries to the homes of healthcare workers in Milton Keynes in the UK. They are large enough to each hold several bags of shopping, plus drink bottles, and are designed to travel on sidewalks at no more than 4 mph.

Still early in the development, Eliport is another robot delivery startup. Using its own custom-built vehicles, Eliport was founded in Barcelona in 2017 and has so far earned over $120M in funding.

Its four-wheeled electric vehicles are designed to drive at walking speed on sidewalks and in pedestrianized spaces, delivering goods to homes and offices. Eliport claims it is different from other robotic delivery startups because its robots are designed to be loaded without human involvement. That way, a fleet can be stored at a distribution center, then automatically loaded up and sent on their way, instead of being packed by hand.

Jointly headquartered in California and Hong Kong, the startup began grocery delivery trials in California back in 2017, using cars modified to store chilled food on their back seats, accessible through open windows.

AutoX then showed off its driverless car technology at the CES technology show in January 2019 by having its car pick up and deliver burgers to the show floor.

The company has since expanded to test robotic taxis similar to those operated by Google sibling Waymo, having struck up a partnership with FCA (Fiat Chrysler Automobiles).

Acquired by Uber earlier this month, Postmates has a robotic delivery division called Serve. Designed to look like a futuristic shopping cart (complete with circular LED lights for eyes), the Serve is a four-wheeled electric delivery vehicle built for use on the sidewalks.

The Serve robot uses a top-mounted Lidar sensor to map its surroundings and navigate around pedestrians and common sidewalk obstacles like fire hydrants. An external touch screen display helps the Serve communicate with customers, and the robot has a carrying capacity of 50 lbs.

Although for now it sounds like Postmates will be left to operate as an independent division of Uber, it will be interesting to see if the development of the Serve continues and if it gets rebranded as an UberEats delivery robot.

Finally, Robomart takes a similar approach to Nuro, with autonomous electric vehicles designed to drive on the roads. Shown off in a brief introductory video in January 2019, the self-driving robot opens its sliding doors to reveal a selection of fresh fruit and vegetables, ready to be picked from its shelves.

Robomart says the checkout process is done automatically via a smartphone app, but hasn’t yet explained how this works. We suspect it will use a system similar to that operated by Amazon in its Go Store, which tracks what you buy using cameras instead of a conventional checkout. 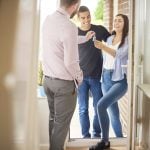 Previous Story:
How much money should I spend on rent? 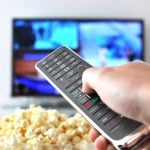 Next Story:
Classic Emmy-winning shows that are worth streaming