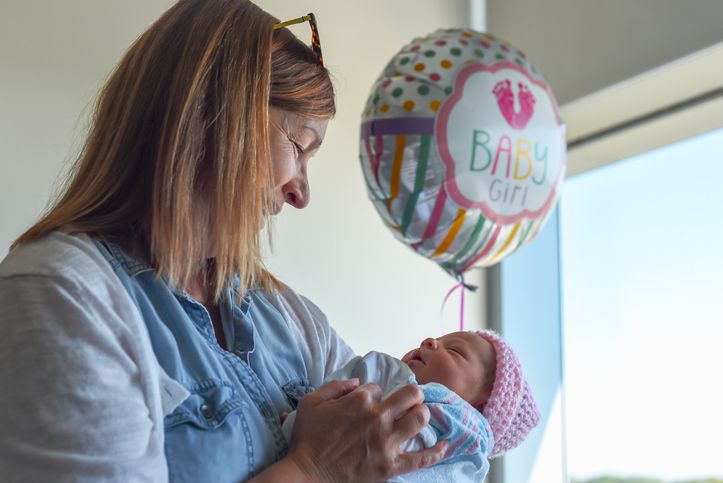 There’s a strong stereotype associated with grandparents: They’re old. But like all stereotypes, it’s not exactly true. The average age of a first-time grandparent in the United States is only 50. And yet, that number has been steadily growing.

A recent AARP study revealed that the average age of grandparents has jumped by two years, rising from 48 to 50, since 2011 — a statistic that corresponds with a trend in parenting: new parents are waiting longer to have babies.

Grandparents who responded to the survey ranged from 38 years old to over 100. Ninety-five percent reported having at least one grandchild by age 65. (By 2030, it’s projected that one in five U.S. residents will be 65, a stat that AARP said will push the number of grandparents still higher.)

So what does this mean? More grandparents, yes, but how are their roles in family and societal structures shifting and growing? With birth rates at a 32-year low, and the average age of first-time parents rising to 50, it’s worth taking a look at what it means to be a grandparent today.

Americans are living and staying active longer and having fewer kids, which means grandparents are able to spend more time on each grandchild — and it’s increasingly likely that grandparents will be retired and available to help raise grandkids as needed.

AARP’s study found that the fundamental respect and reverence for grandparents is still strong, and that grandchildren look to their grandparents for wisdom and guidance. Most grandparents are also still referred to by traditional names like “Grandma” and “Grandpa.”

So while the fundamentals of what most people associate with the term “grandparent” remain the same, the roles of grandparents in the home are gradually changing over time.

Moat grandparents do not consider themselves financial supporters of their grandchildren, though 21% help contribute to costs of higher education and 14% help with day-to-day care costs like groceries and living necessities. Eighty-six percent, however, reported that they really only spend money on their grandkids in the form of gifts.

Another benefit of grandparents with plenty of life ahead of them is the opportunity to travel with grandchildren. AARP found that 61% of grandparents feel it’s important to travel alone with their grandkids, planning trips without the in-between parent generation.

While the average age of grandparents is at an all-time high, it’s still a very young, capable age by today’s medical and technological standards.

Grandparents are in a unique position to be more involved in their grandkids’ lives — and for longer — than ever before. 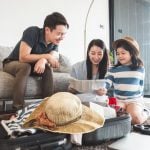 Previous Story:
How to run your business while you’re on vacation 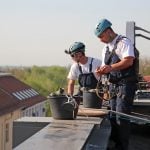 Next Story:
The most dangerous (but non-fatal) industry in every state