The most popular beer in every state (according to Google) 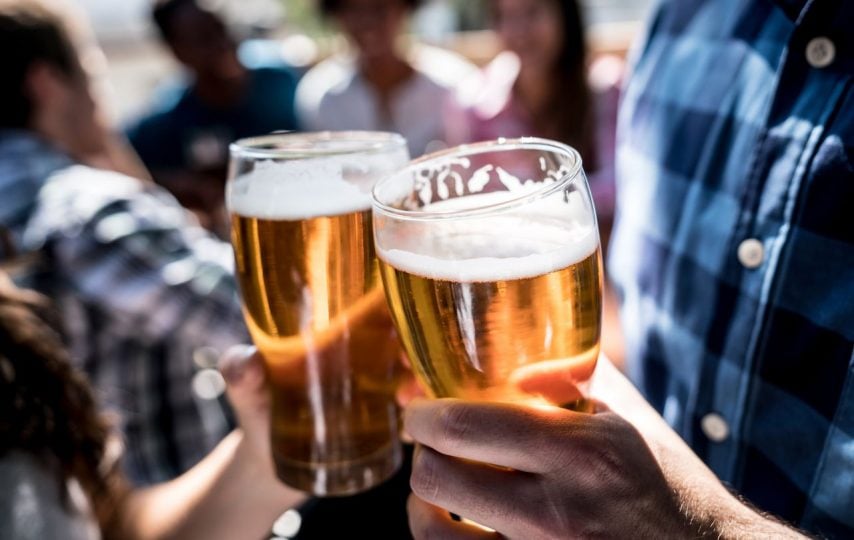 Back in 1933, President Franklin Roosevelt passed a law that allowed people to brew and sell their own beer, so long as it remained under 4% alcohol by volume. At the time, it had been 13 years since Americans could buy beer, thanks to Prohibition. Fast forward to today and beer is the most popular alcoholic beverage in the U.S. — and many brews are well beyond that 4% ABV mark.

Last year, the U.S. beer industry sold over 207.4 million barrels of beer. That’s a whole lot of brew, especially when you consider that more and more people are brewing their own beer at home! From sours, saisons and ales to malts, stouts and porters, the beer industry has grown to encompass a huge variety of beer types, and everyone has a favorite. With the help of Google Trends, Food & Wine identified a list of the most popular beers in each state.

What is the most popular beer?

The most popular brand overall? The slightly-sweet Belgian white ale Blue Moon, which is the favorite of 13 states, followed by Yuengling, the favorite in five states. While some states stay loyal to their locally-made brew, others prefer types over brands. Interestingly enough, Utah’s favorite beer is of the non-alcoholic variety: root beer. Keep reading to get the full list and get some new product recommendations for the next time that beer craving hits.

Originally called Bellyside Belgian White, Blue Moon is a Belgian-style witbier most often enjoyed with an orange slice to enhance the Valencia Orange peel flavor within the brew.

As The Iron Horse Brewery’s flagship beer, Quilter’s Irish Death is a crowd-pleaser characterized by its chocolate-y, caramel flavors. According to the brewery, they refer to it as beer candy.

Up until two years ago, 805 Blonde Ale was sold only in California, which makes sense as it was “created for the laid-back California lifestyle.” But due to its huge popularity, it now ships to Nevada, Texas and, of course, Arizona, who can’t get enough of it.

Best Rainier Beer story? In 2004, a bear drank 36 cans of this brew after having found a cooler full of beer in Baker Lake, Washington. As the story goes, the bear drank all the Rainier, while leaving the Busch beer untouched.

805 Beer is brewed by Firestone Walker Brewing Company, the fourth-largest craft brewery in California. This light blonde ale prides itself on embodying the California lifestyle: the coast, outdoors and chilling out with friends and good beer.

As Colorado’s first craft brewery, Boulder Beer was founded in 1979 and is known as a pioneer of craft brew in the state.

This beer is brewed locally in Dewey Beach, Delaware at the Dewey Beer Co., a brewery where you can order a beer that was brewed less than 30 feet away from where you’re drinking it.

If you’re a beer lover in Washington, D.C., chances are Dacha Beer Garden is where you drink your brew. From German, Belgian and American craft beers to local meads and ciders, Dacha has all your beer drinking needs covered.

Brewed by Tampa Bay, Florida’s Cigar City Brewing, this India Pale Ale is named in honor of Jai Alai, a game that’s played in the Basque region of Spain.

Blue Moon started out in downtown Denver, specifically at the start of baseball season in 1995. Since they were located in the Coors Field baseball stadium, they were called The Sandlot Brewery.

Think gluten-free beer skimps on flavor? Think again. It’s Idaho’s favorite type of beer! In fact, the gluten-free beer market is primed to grow in 2018 due to an increase in demand among gluten-intolerant beer drinkers.

Did you know Blue Moon is brewed by MillerCoors? Most people don’t. The bottles don’t have the MillerCoors name on it, despite this fact.

It took 188 years for Yuengling beer to be sold in Indiana. Last year, the state celebrated being the 20th state the beer had expanded to.

Yuengling managed to survive prohibition by selling “near beer,” which was .5 percent alcohol.

Even if you’re not a beer drinker, Blue Moon is known to taste good in recipes ranging from tacos to chicken skewers to grilled street corn.

When Prohibition officially ended in 1933, Yuengling shipped a truckload of beer to then-president, Franklin Roosevelt.

Founded in 2009, the Louisiana-based Bayou Teche Brewery’s goal is to create craft beers that “complement the cuisine and lifestyle of Cajuns and Creoles.” No wonder it’s a state favorite!

This independent nano-brewery is based in downtown Lewiston, Maine and focuses on making sustainable craft beer.

Situated in Frederick, Maryland, Attaboy is an independent brewery that boasts a creative selection of beers on tap ranging from IPAs to Belgians and seasonal beers.

Launched in 2004, Cape Cod Beer boasts a huge selection of beers ranging from their cask and barrel series to seasonal brews and even a collection of coffee-inspired brews.

This New England-style IPA is Michigan-based Old Nation Brewing Company’s most popular beer. It’s so popular, in fact, that it sends out around 4,000 cases of beer each week.

Hamm’s beer was first brewed in Minnesota in 1865 and is well known for its “Land of Sky Blue Waters” jingle and mascot, the Hamm’s Beer bear.

Fun fact: The name for the Blue Moon Brewing Company was born after an admin exclaimed: “You know, a beer that tastes this good comes around only once in a blue moon.” 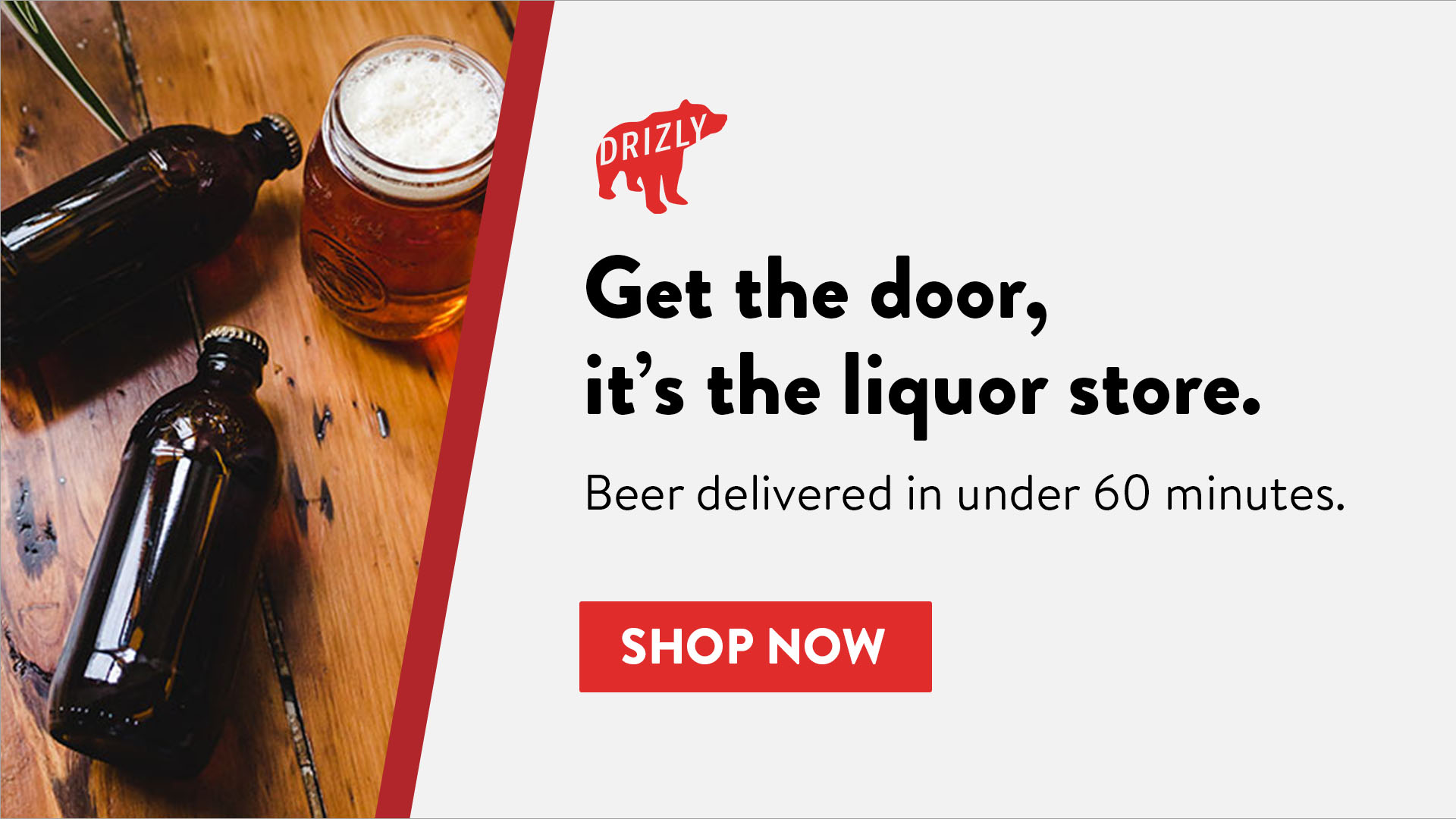 Established in 1829 in Pennsylvania, Yuengling is America’s oldest brewery and there’s also a Yuengling ice cream line from the same family.

Rainer was started in 1883 by the son of a German immigrant, John Hemrich.

Launched in 1986, Yuengling’s Black & Tan beer was one of the first hand-crafted blends to combine a dark and light beer. In the case of this bottling, it’s 60 percent dark brewed porter and 40 percent premium beer.

Schilling is a family-run brewery located in Littleton, New Hampshire, that produces artisanal European-inspired beers. Their beers range from Belgian-, Russo- and Scandinavian-inspired ales to Czech- and German-inspired lagers and more.

In the world of India Pale Ales, double and imperial IPAs possess a higher hop concentration, which necessitates the brewer use more malt, resulting in a higher ABV (alcohol by volume).

With so many beer options available in the Big Apple and throughout the state, New Yorkers can’t agree on just one style of brew. But they do have a watering hole of choice: Randolph Beer, which has several outposts around the city.

Hailing from Asheville, North Carolina, Burial Beer Co. started in 2013. Its name is a nod to the process of reaching the afterlife and celebrating what has “passed, the things that still are, and the things that will be again.”

This Wisconsin farmhouse ale is brewed by New Glarus Brewing Company and can only be found in Wisconsin. It’s so popular that over 12 million pints are consumed annually—clearly a good portion of those by North Dakotans.

In 2016, Blue Moon went through a subtle packaging redesign, updating the logo font to be more simplistic and replacing the frosty evergreen imagery with a depiction of the brand’s iconic serving presentation: a distinct pilsner glass with an orange slice garnish.

The iconic Mexican beer brand founded by Antonino Fernandez is best known for its accompanying lime wedge, but Fernandez himself is remembered primarily by a false rumor that surrounded his death. Upon his passing in 2016, it was falsely reported by numerous media outlets that he had willed millions of dollars to each of the villagers in his hometown. To their dismay, the reports were untrue.

Buoy Beer Company is located in Astoria, Oregon. It was established in 2013 and its very first brew was a Helles Lager.

While we all know and love the traditional Blue Moon, its founder will be heading in a new direction this fall by launching marijuana-infused beer.

The success of MillerCoors’ Blue Moon prompted Anheuser-Busch to release a similar competing beer in 2006. Like Blue Moon, Shock Top is brewed with orange peel and coriander, yielding a citrus-forward flavor profile.

Did you know Australia was the first place to coin the term IPA? 1829 was the year that the name East India Pale Ale first appeared in a print ad.

TailGate Beer is based in Nashville and prides itself on using locally sourced ingredients in its brew as much as possible.

Founded in 1884, Lone Star Beer — also referred to as “the national beer of Texas” — has seen multiple owners over the years. The name is now owned by the Pabst Brewing Co., though production is contracted out to other breweries.

Utahns love their root beer. Though the state has no official beverage, root beer is a favorite in part because of its popularity with church members who don’t drink alcohol. Logan is the state’s only root beer brewpub.

Gose beer is a tart beer whose origins go back over a thousand years to Goslar, Germany. It’s brewed with coriander and sea salt.

According to brand, the signature glass that Blue Moon is usually poured into is done so to “highlight the depth of the beer.” The glass opens wide to make space for the aromatic citrus notes.

This iconic Seattle-bred beer has been to the top of Mount Everest. Back in 1963, the first American to summit the peak brought this beer with him.

2017 was a big year for the iconic beer brand Hamms. According to Nielsen, the brand finished the year up 74.6 percent on an 87.3 percent jump in volume.

Blue Moon is called Belgian Moon in Canada in order to differentiate the brand from Labatt Blue, a popular beer in Canada.

As Mt. Rainier’s namesake beer, the big red “R” logo has been an icon of the Rainier Brewing Company since its inception back in the 1900s.

Want to continue your virtual food-and-drink tour of the U.S.? Check out this roundup of the best bacon in each state. 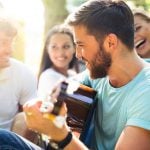 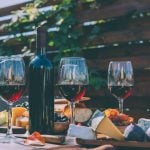 Next Story:
How to build a home wine cellar

About the Author / Chelsea Davis