This electric pickup has its own slideout camping kitchen 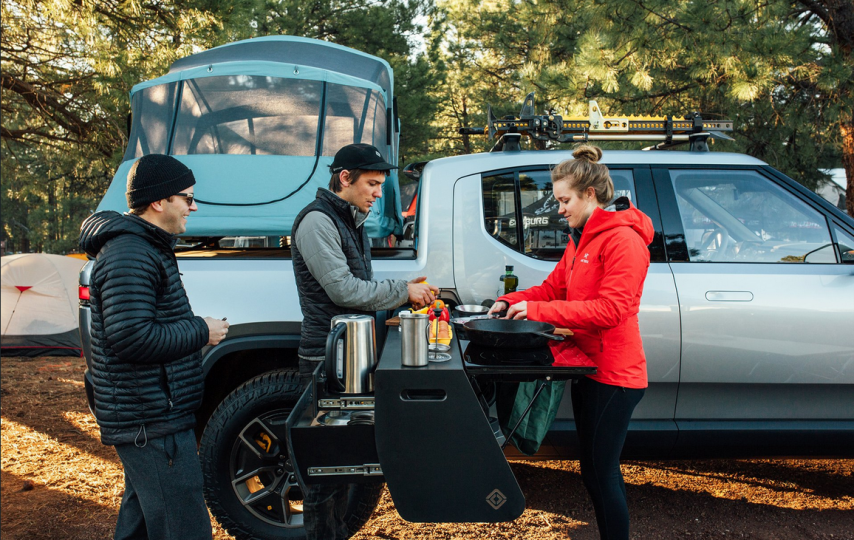 Camping plans? Electric carmaker Rivian has shown off a new prototype
of its R1T pickup truck, complete with a camping kitchen which slides
out from behind the passenger compartment.

The R1S SUV and R1T
pickup truck are expected to go on sale in 2020, not in time for this
summer, and Rivian recently received $500M of investment from Ford to
jointly develop future electric vehicles.

Founded in 2009, Rivian has also received funding from GM and Amazon,
and could soon be seen as the trendsetter of the electric truck space,
followed by Ford and Tesla. 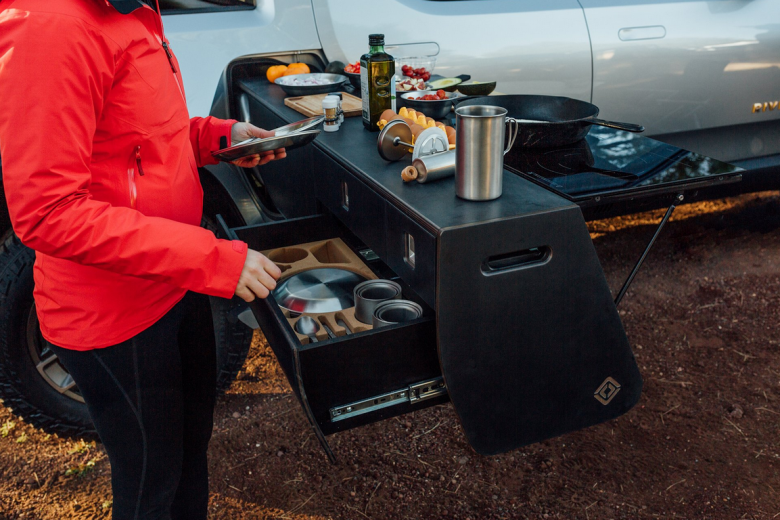 Shown off on Twitter,
the new R1T concept looks like a regular pickup truck, but includes a
kitchen counter which slides out from a compartment between the rear
axle and rear passenger door.

This counter includes everything you
might need for a camping trip, including two induction burners, a sink,
five gallons of water storage, and space to prepare food and store
utensils and cookware like pans, chopping boards and a kettle. 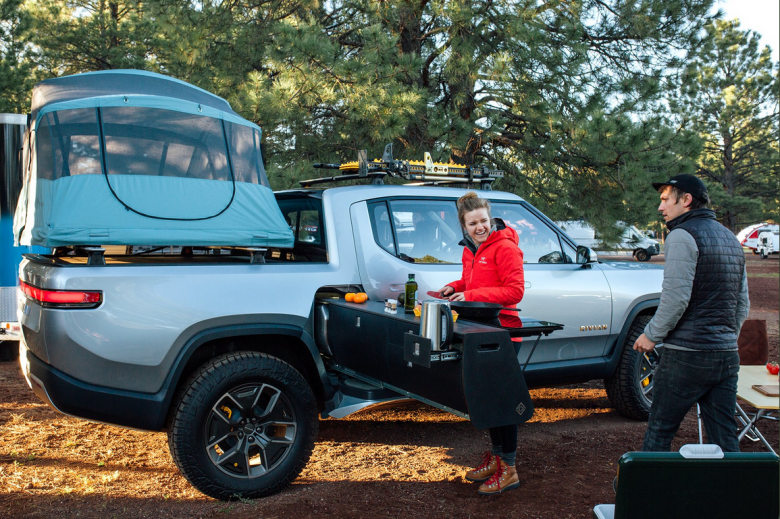 The kitchen — and its electric burners in particular — demonstrates
the flexibility offered by electric cars and their huge battery packs.
As well as being used to drive the car, they act as power sources for
almost anything you care to imagine.

And in the Rivian R1S and
R1T, that battery pack can be particularly large. Options will extend
up to 180 kWh, some 80 kWh larger than the biggest option currently
available from Tesla. Rivian says this will produce a range of up to 400
miles from both of its vehicles, meaning drivers can take their camping
gear well and truly off the beaten track.

Rivian’s concept also
includes a tent on the rear bed of the truck. The tent folds out,
extending beyond the sides of the truck and giving its occupants plenty
of room to lie down across the width of the vehicle. 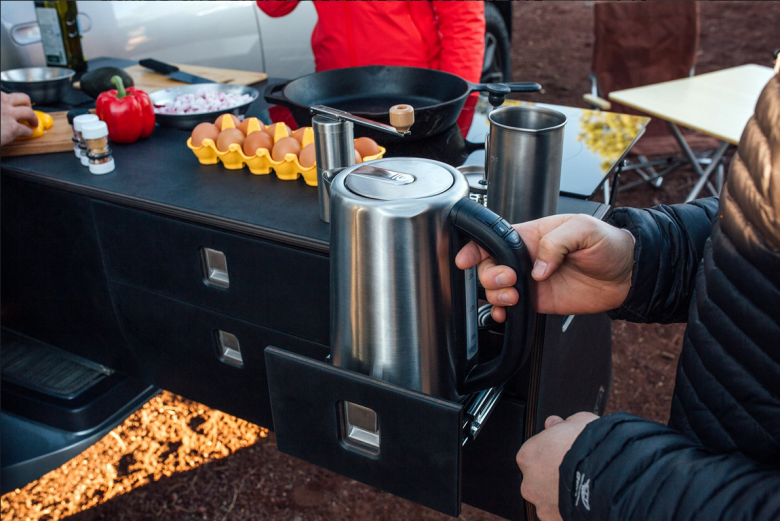 Rivian said of the truck: “We’ve cooked up a mobile kitchen prototype
that showcases just one of the many ways to utilize the extra storage
space in the R1T. It features two induction burners, a sink, five
gallons of water storage and keeps all your cookware and utensils
organized while you’re out in the wild.”

The R1T pickup truck will
cost from $69,000 when it goes on sale in the U.S in 2020, but the
kitchen will likely be a pricy optional extra, if it makes the leap from
prototype to mass-production.

Previous Story:
Want to retire in a major city? Here are your 15 cheapest options 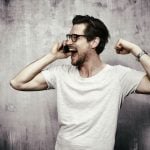 Next Story:
Can I get a credit card after bankruptcy?