This limited-run, drop-top Dodge pickup is for sale 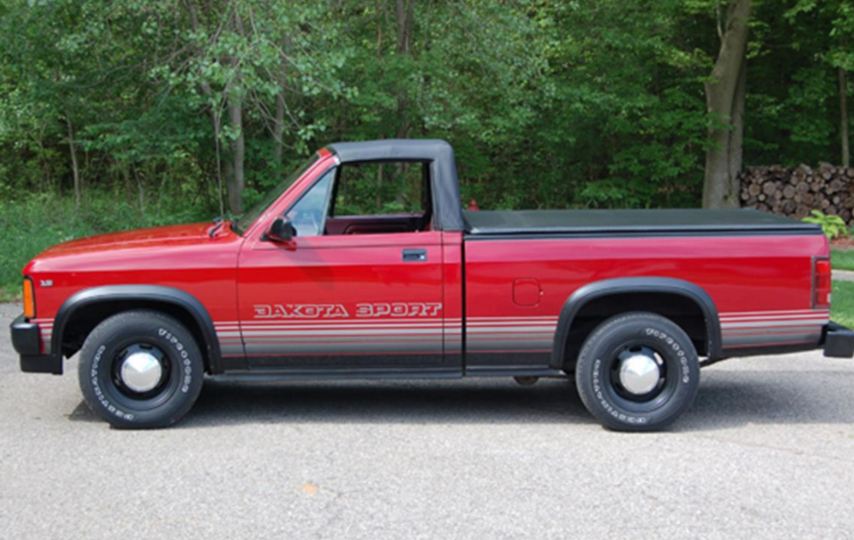 In its car-profile series, one phrase Hagerty Media uses in describing the 1989-91 Dodge Dakota Sport convertible pickup truck is “a fish without a bicycle.”

Makes no sense, right? To many people, neither did the production of a pickup truck with a folding soft top over the cabin. Nonetheless, someone at Dodge thought it was a great idea and did a deal with American Sunroof Corporation to do the conversion to convertibles of a a few more than 3,750 Dakotas over a three-year period.

One of them, one of a reported 2,842 built for the convertible’s launch year, a 1989 Dodge Dakota Sport convertible, is the Pick of the Day and is advertised for sale on ClassicCars.com by its private owner in Grand Ledge, Michigan.

The original top has been replaced 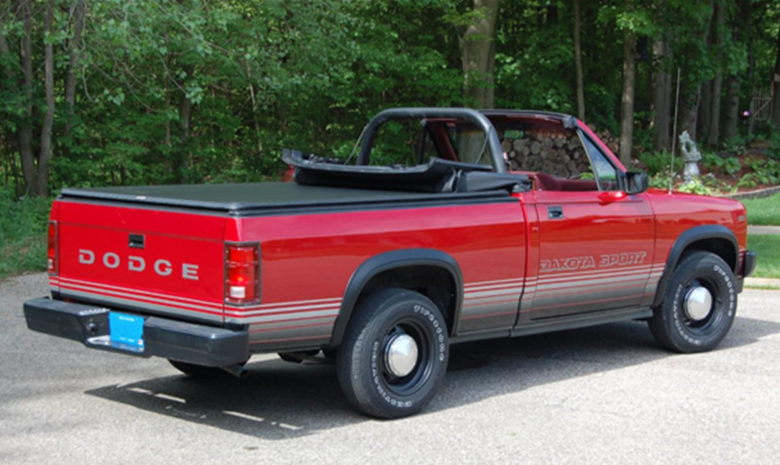 The seller notes that the vehicle is a rust-free truck that resided in California until the fall of 2016, when it moved to Michigan. Upon arrival, the truck, which has power steering, brakes, windows and locks, got a new convertible top, the seller adds.

It also has a new engine 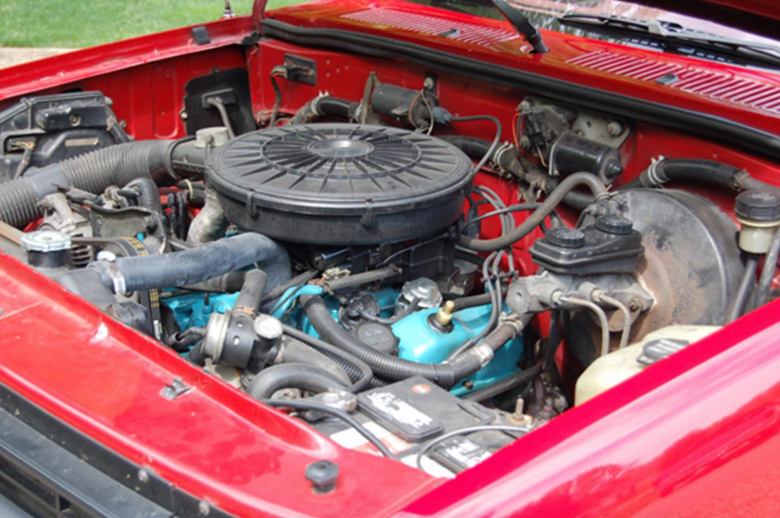 The truck also got a new engine, a remanufactured 3.9-liter Jasper Engines V6, installed at 147,079 miles. The truck has been driven little more than 3,000 miles since the new engine was installed, the seller reports.

Since its arrival in Michigan, the truck also has gotten new front brake rotors and calipers, radiator, tires and shock absorbers.

There are some extras as well 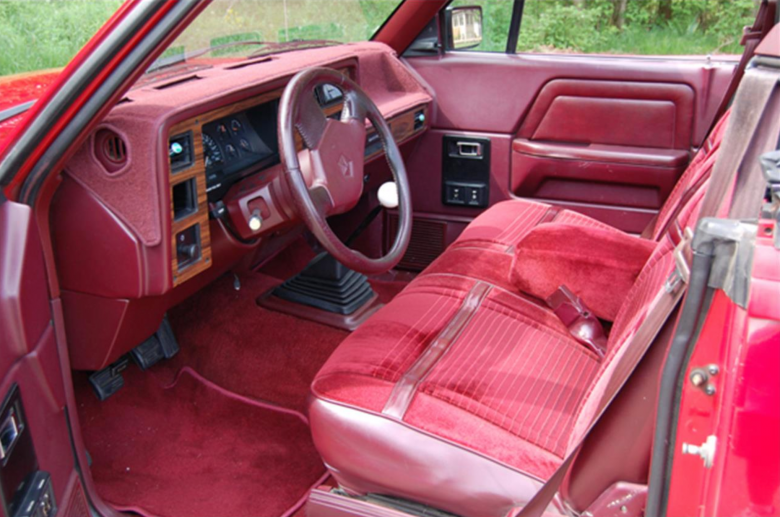 The truck is being offered for sale with a truck cover and a “hard to find” convertible top boot.

The truck is red inside and out and has a manual transmission. The asking price is $9,900. 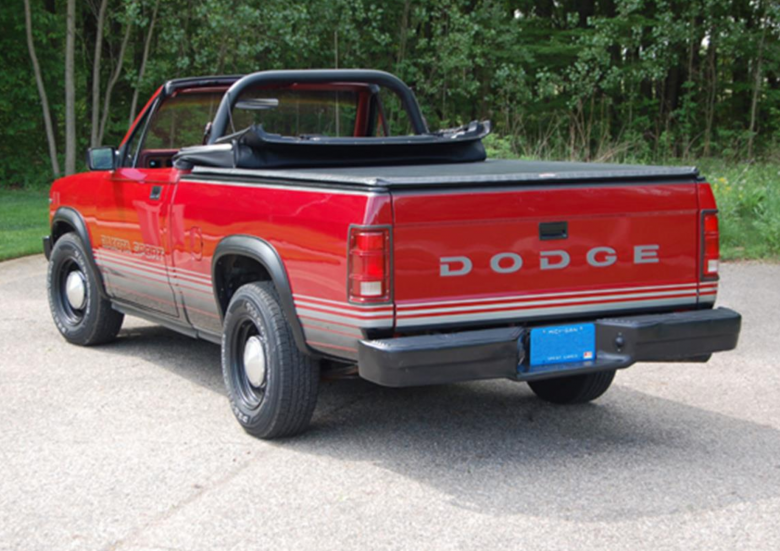 Dodge launched the Dakota for the 1987 model year as the first midsize pickup truck, larger than the compacts from Ford, Chevrolet, Toyota and Nissan, but not quite as big as the full-size models.

Still big enough for large loads … and a Shelby version 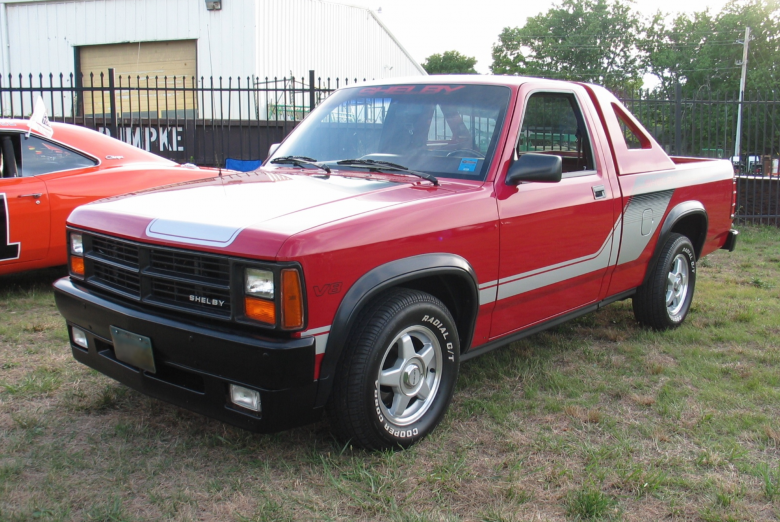 The Dakota was, however, large enough for a 4×8 sheet of plywood to fit in the bed with the tailgate closed and just large enough at the other end for Carroll Shelby to fit a V8, and thus the 1,500 units of the one-year, 1989 Shelby Dakota with a 5.2-liter V8.

It wasn’t the first convertible pickup 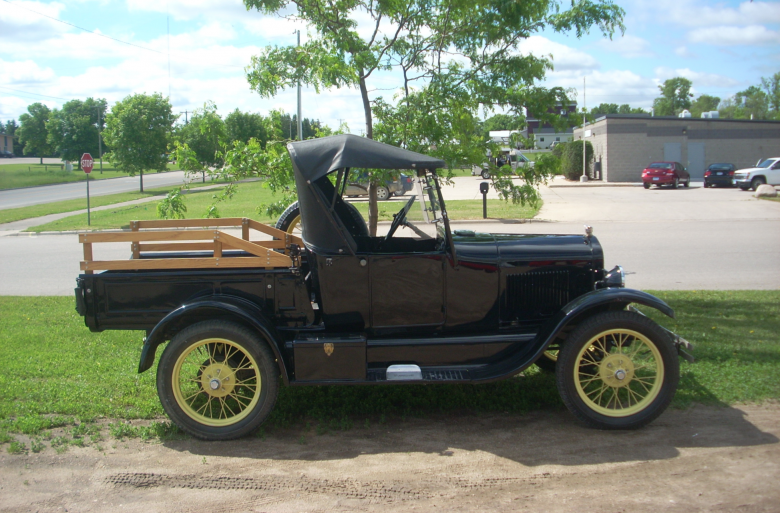 By the way, a convertible-topped pickup truck wasn’t a brand new idea at the time. Ford had produced Model T and Model A pickups with soft tops decades earlier. 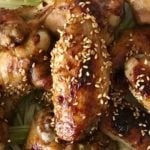 Previous Story:
No time to cook? These 5-ingredient dishes are for you 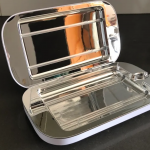 Next Story:
We played with that new phone sanitizer. Here’s what we think