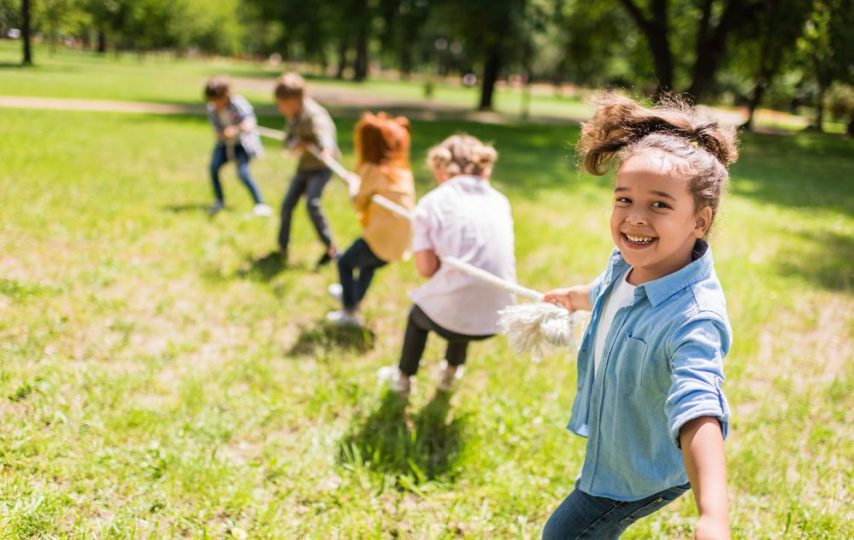 If there’s a universal truth to childcare, it is that kids are expensive. Whether you choose a nanny, daycare or are just looking for a babysitter for an occasional night or afternoon off, costs add up quickly.

When you work all day, it’s easy to get stressed out if you don’t see your kids as often as you’d like, or if you feel like you’re wasting all your time commuting back and forth. And if you’re a single parent, you’ve got an even more intense need for trustworthy childcare.

Here are some smart suggestions for finding the best childcare for your situation, and how to save: 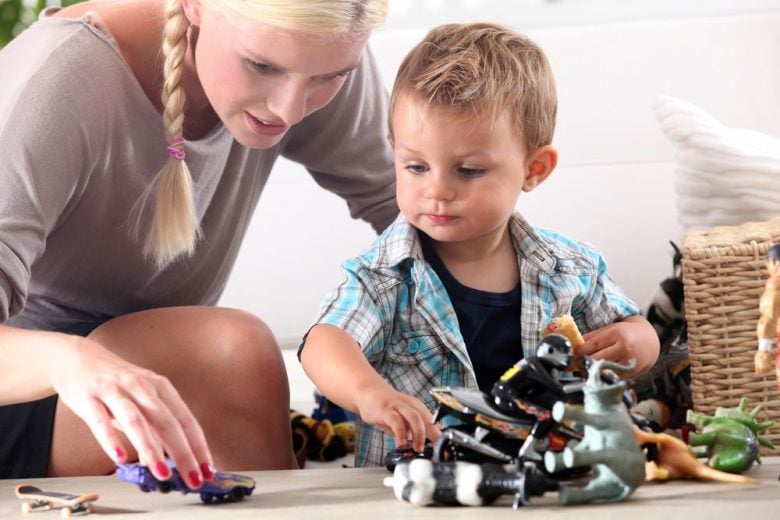 If you’re considering a nanny for your child, you may want to research au pair options.

An au pair provides live-in childcare for a year, in exchange for a nominal salary and an immersion in US culture. The term, derived from French and roughly meaning “on equal”, describes the reciprocal relationship between the au pair (usually someone in his or her late teens or early twenties from abroad) and the host family. Au pair agencies specialize in placements and oversee the situation.

Unlike a nanny, an au pair can only work for a set amount of hours–usually 45 a week–and the host family should be willing to actively involve the au pair in family life, including family dinner, helping them become familiar with the neighborhood, and embracing them as a temporary member of the family. The cost of an au pair is usually far less than a nanny, but host families must provide room and board.

“We got an au pair for our daughter, and it worked out so well,” says Meg, a mom from Boston. “Our daughter is now 6 but still remembers her au pair, and we even traveled to Austria last year to meet her and her family.” Au pairs receive childcare training prior to being accepted into a program, and various programs exist around the United States to match prospective host families with au pairs. 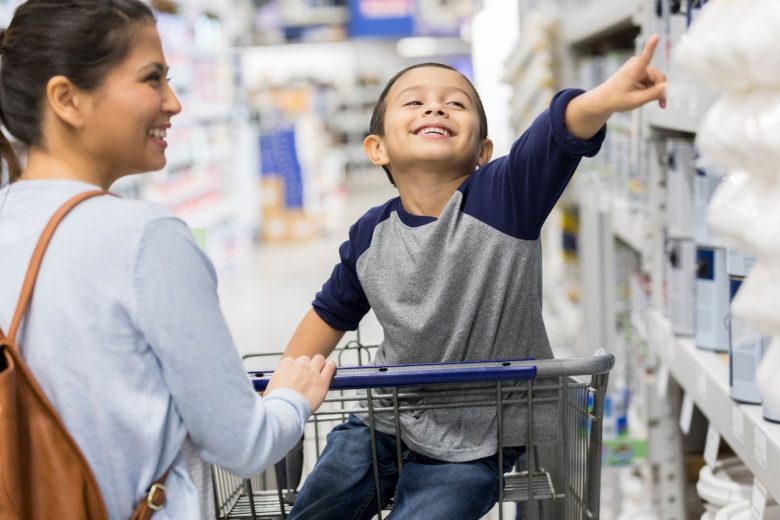 If your employer offers a dependent care FSA, you can set aside up to $5,000 in pre-tax income for childcare expenses, including daycare, preschool or babysitters (if paid on the books).

The childcare tax credit, which helps with the cost of childcare, remained the same in the tax code even after the 2018 Tax Reform Bill. This credit also offers a dependent care tax credit of up to 35 percent of $3,000 in eligible childcare expenses. You may need to crunch some numbers to figure out the best option for your family, as you can’t use both. The tax credit is 20 percent if your income is over $43,000, meaning that you’ll end up with up to $600 in credit (the percentage is higher if your income is lower).

Depending on your tax bracket, you may end up saving more with the FSA option, especially if you’re likely to spend close to the maximum allowed each year.

Again, crunching the numbers, and potentially speaking with your financial advisor, is an important step in making sure you maximize savings.

3. Consider grandma and grandpa (or other extended family) 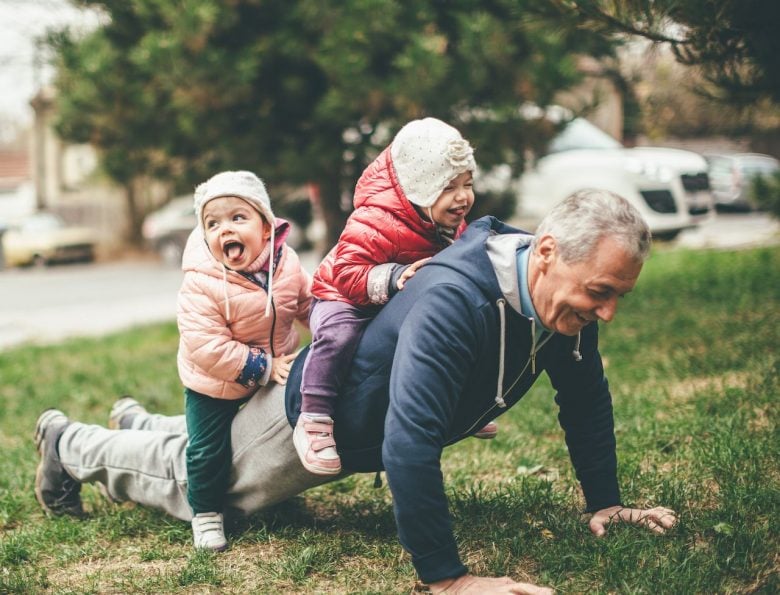 Grandparents can be great options for childcare if they live nearby, but it’s important to look at a few factors including the loss of their income (if they’ve not retired yet) and the scope of the work. Taking care of an infant or toddler can be physically demanding, and it is important that both sides are realistic about the arrangement.

Some outside-the-box thinking can help, too. “My husband and I both have flexible schedules where we can both work from home. We were considering a nanny when our oldest was born, but it was so expensive, considering that we didn’t need a 40 hour per week coverage,” says Courtney, a mom of two. “Our lease was up, and we realized that instead of a nanny or daycare, we could use some of that money and rent a larger apartment. For that first year, my in-laws moved in with us. They only live a few states away, so they frequently went home, but it was a great experience for everyone, and the apartment was big enough that everyone felt they had their privacy.”

Courtney adds that what made the arrangement work was being clear on the hours they needed per week, giving her in-laws plenty of time off and recognizing that they were making a sacrifice by living with them. “I wanted my in-laws to really get something out of the situation, too. Not only did they get to spend time with our son, but they had always lived in the suburbs. The benefit of the arrangement was that they could take advantage of city life. They had a lot of fun visiting restaurants, seeing shows and doing solo exploring, too.” 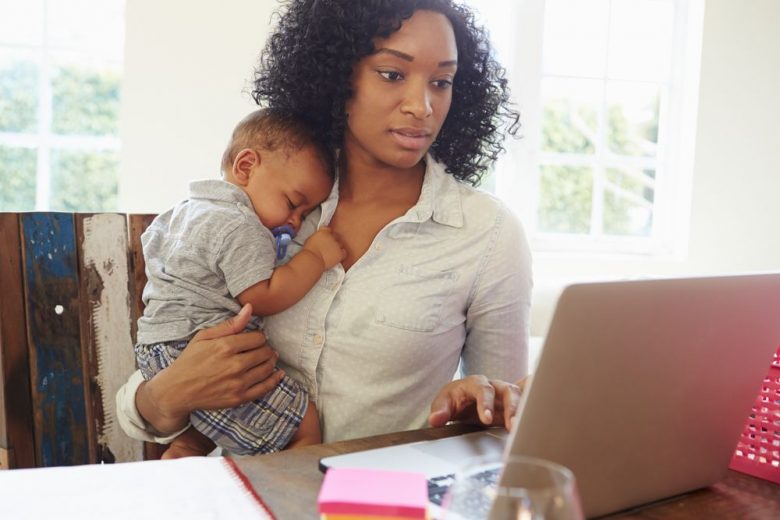 Going the daycare route? The price of daycare often isn’t set in stone, and some parents have found wiggle room in bargaining or bartering skills in exchange for a price reduction.

For example, Tracy, a photo editor, found that she could offer 20 hours a month of administrative work in exchange for a 20 percent reduction in tuition. “To me, it was worth it because I was able to easily fit in the admin work in my spare time.”

Other arrangements to consider include in-home daycares, where a proprietor takes care of children in their homes. Despite the informal arrangement, these require licensure from the state. However, some operate under the radar, so it’s important to ask about licensing in your initial tour.

Is your child about to attend pre-school? Co-op programs, which request parental involvement, can often be less expensive than other options. 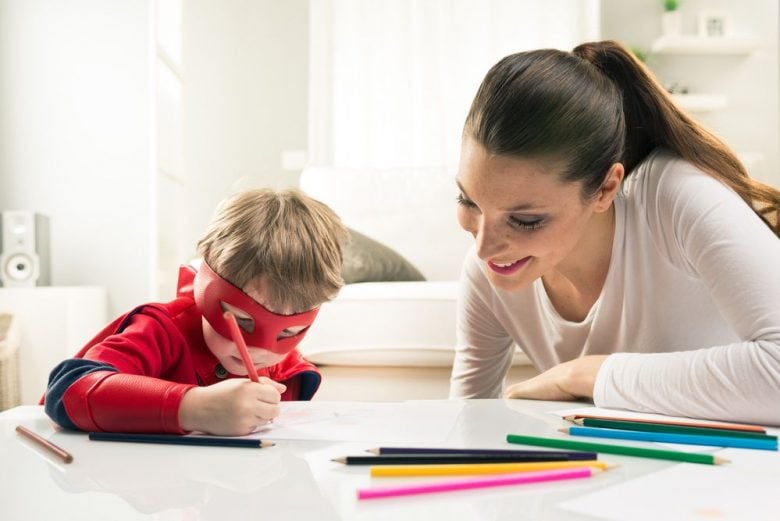 This option can halve the cost of a nanny, but can be tricky to set up.

It optimally works between two (or more!) families who have similar childcare philosophies, similarly aged children, and the flexibility to either host all children in one house or switch homes on a week by week basis. “We did a nanny share that we arranged through a local parent social media group,” shares Naomi, an editor and mom to a 3-year-old. “The family wasn’t one we knew, but we met each other a few times and determined that we all felt this situation could be a good fit.”

Together, the two families interviewed nannies and set up an arrangement where the nanny would watch Naomi’s daughter, as well as the two children of the other family, switching off each week in terms of home base. “This requires a lot of communication with the other family, and we set up an informal contract where we agreed to give a month’s notice if either of us wanted to get out of the situation.”

Naomi says that this option, which ended up costing a similar amount to what she would have paid for daycare, worked well for her family because her daughter initially had trouble sleeping in a daycare setting. “My daughter thrived in a lower-key environment, and a nanny share made this affordable,” shares Naomi. 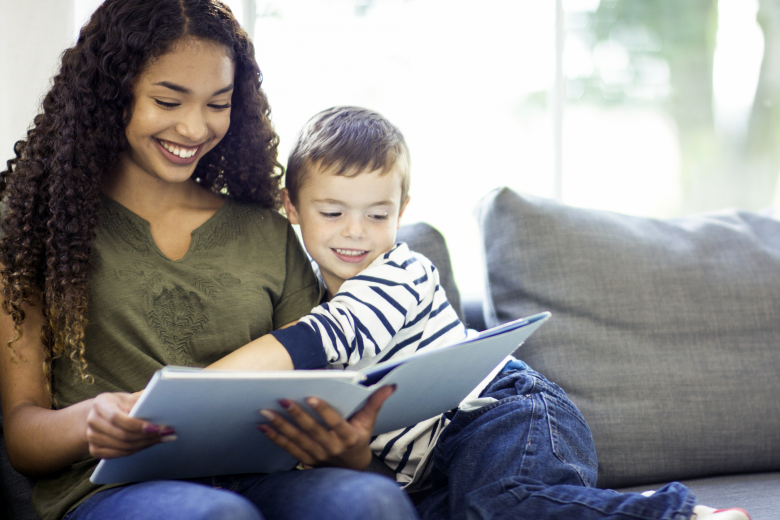 If you’re looking for one-off sitters, try setting up an informal babysitting swap with other parents.

“We do this with our neighbors,” says Emily, an education consultant. Almost every weekend, one couple will go out while the other couple will split up; one parent heads over to the neighbor’s house to watch the kids while the other parent stays home. “This worked really well when the kids were babies, because they would be asleep by the time the parents went out,” says Emily.

Now, with a 3 year old and a 6 year old, Emily says they still do the swap with their neighbors, except now, all the kids head over to one house and make it a gigantic slumber party. “We’ve also gotten one babysitter to watch all the kids, which cuts down on costs and lets all of us go out together.”

7. Make the most of community childcare 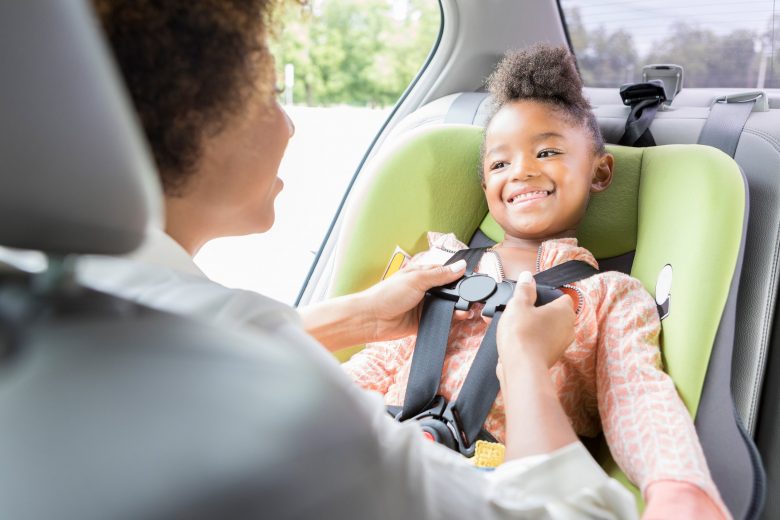 It’s a common secret passed around among parents, including myself. Signing up for a gym with childcare can be invaluable in the early months of your infant’s life. These childcare services often offer a few free hours for parents to drop off their child while they work out. While these services tend not to allow parents to leave the building, many parents, including myself, have brought our laptops or a book, and taken advantage of every last second to do work or just take a much-needed breather.

In addition, many community centers or houses of worship may offer “parents’ morning out” options. Local play spaces too may have drop-off programs for toddlers and older children, when kids can play and parents can have a date night. Joining local community groups on Facebook, as well as chatting to local parents, can help clue you into these options.

Ultimately, childcare is unique to each family’s situation and recognizing that being upfront and clear-eyed about options, and digging deep into your financial picture to determine your budget are all smart steps to take now. When push comes to shove, you really just want to make sure your kids are cared for.

In my own experience, the biggest eye-opener was realizing just how much childcare decisions change and evolve, and that the choice you make now isn’t set in stone for the future.

This article originally appeared on MeetFabric.com and was syndicated by MediaFeed.org. 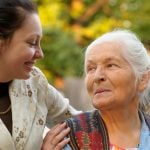 Previous Story:
Are you prepared to take care of your parents? 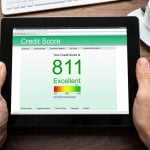 Next Story:
6 reasons why it’s important to check your credit

About the Author / Anna Davies