Why aren’t more women getting mammograms? 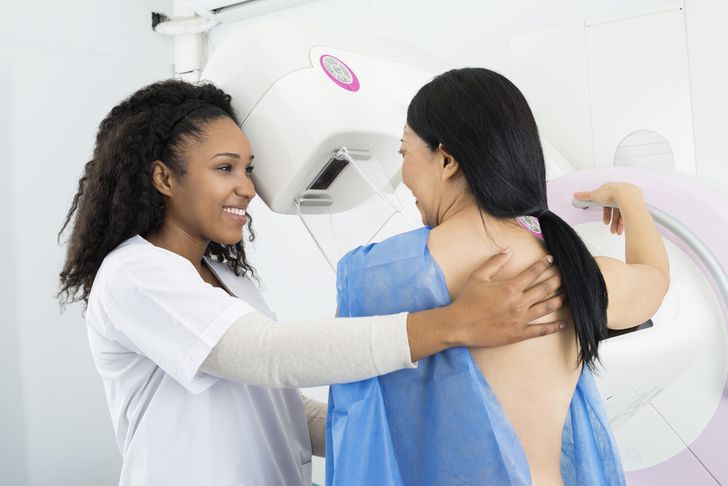 It’s that time of year again, when we see the colors changing all around us. Not the reds, oranges, and yellows of the fall foliage — we’re talking about the explosion of pink ribbons, T-shirts, and merchandise that sprouts up every October for national breast cancer awareness month.

Launched in 1985, the month is focused on increasing awareness of the disease and promoting mammography to help women find breast cancer at its earliest, most treatable stages.

But is it working? Breast surgeon Nancy Elliott, MD, founder and director of Montclair Breast Center in Montclair, NJ, isn’t so sure. “It appears to me that fewer women are having mammograms,” she says.

Statistics show a lot of room for improvement in mammography rates. According to the Centers for Disease Control, only about two-thirds of women age 40 and over had a mammogram within the past two years.

Elliott believes that, with appropriate screening, 100% of breast cancers could be caught early.

“My passion is educating women about how to protect themselves from ever getting breast cancer, or finding it early so it’s never a life-threatening disease,” she says. “100% early detection is incredible. That doesn’t mean 100% survival — even with early detection, breast cancer is not 100% curable. But we can get way up into the 90 or 95% category. That’s a lot less scary than 70 or 80%.”

Take these three steps to improve your odds of finding breast cancer early if you do develop it.

Have a doctor calculate your risk for breast cancer

Don’t have a family member with breast cancer? You’re not necessarily in the clear. For women in the United States, the average lifetime risk for developing breast cancer is 12%.

Elliott recommends asking your doctor for an assessment of your risk, as a percent. “You don’t just want to know if your risk is low, medium, average, or high,” she says. “You want a number.” She points out that you are a candidate for MRI screening if your risk is 20% or higher: “And it doesn’t take much to get to 20%.”

A lot of factors can influence your risk. Some are preventable. “Women don’t realize alcohol and obesity are risk factors,” says Anjali Malik, a breast imaging radiologist practicing in Washington, DC. Drink an average of two or more alcoholic drinks per day and your risk jumps to 18%. And postmenopausal women who are overweight or obese have a 30 to 60% higher risk of breast cancer than women at average weight.

Some risk factors are too late to change now, at least for most of us: Having a first baby after age 30 and not breastfeeding both increase your risk.

And some you can’t do anything about, like your age, family history, and the density of your breasts. Still it’s good to be aware of them, so you can take appropriate screening steps. Many women, for example, don’t know if they have dense breasts, or don’t know that their breast density contributes to their breast cancer risk.

Based on your risk, talk to your doctor about how, and how often, you should be screened.

Get your mammogram, and ask if you qualify for additional screenings

“Annual mammograms starting at age 40 reduce [breast cancer] mortality by 40%,” Malik says. Yet, about a third of women age 40 and older aren’t getting regular mammograms. Lots of factors, like location, cost, and education, play into why women aren’t getting these crucial cancer screens.

But a big factor is fear, says Susan Brown, senior director of education and patient support for Susan G. Komen: “Fear is a great barrier — fear that something will be wrong, and fear about the procedure itself. Women talk about discomfort, and that can be a barrier for others if they hear those kinds of remarks.”

That’s a mistake — skip your mammogram out of fear and you could face cancer treatments like surgery, chemotherapy, and radiation that are more invasive and complex if your cancer is found at a more advanced stage.

“Smart women ignore science and all the statistics that mammography saves lives. People will trust science once they get cancer — they will get chemotherapy and get scans — but somehow they are not trusting that science can prevent illness,” Elliott says.

She recommends getting a 3D mammogram, and making sure the person reading your mammogram is a specialist. For women with dense breasts (which are identified with a mammogram) she recommends additional screening with ultrasound or MRI.

Know how your genes influence your risk

If you’ve had breast cancer in the past, talk to your doctor or a genetic counselor about whether you should have genetic testing for the disease, even if that wasn’t recommended for you previously. Women of Ashkenazi Jewish descent should also consider testing.

Dorraya El-Ashry, PhD, chief scientific officer of the Breast Cancer Research Foundation, says you should speak with your doctor about genetic testing if you have close relatives who have had breast cancer, or even other cancers like ovarian, pancreatic, or prostate, or melanoma, particularly at a young age.

If you decide genetic testing makes sense for you, experts recommend clinical testing and counseling rather than the direct-to-consumer tests you can buy online. While those tests can help you trace your family tree, they have limits when it comes to identifying disease risk.

“A recent study showed that nearly 90% of patients who carried a BRCA mutation would have been missed by the highly targeted tests from recreational testing companies,” says Mary E. Freivogel, a spokesperson with Invitae and past president of the National Society of Genetic Counselors.

Spotting those mutations is crucial. “If you find women who have the BRCA 1 or BRCA 2 mutation before they get breast cancer, that’s saving a life and saving them from chemotherapy. It’s making a difference in a woman’s life,” Elliott says. 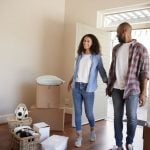 Previous Story:
Should you give up on your home-buying dreams?

Next Story:
Make sure you know these 7 things ahead of open enrollment