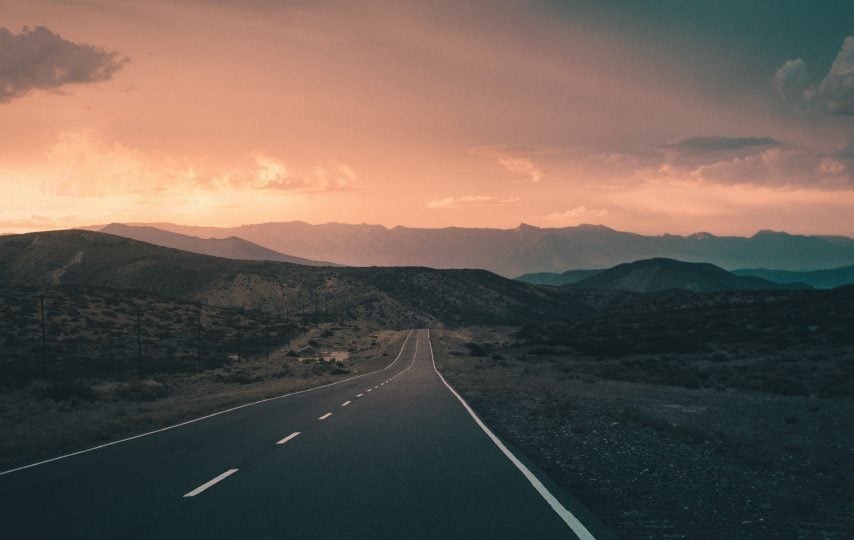 Maybe you think I’m crazy. You wouldn’t be the first.

Sometimes I think I’m crazy, and I actually rode Voodoo for three months.

Oh, of course, you haven’t been introduced. Voodoo is my beautiful BMW S1000RR, the fastest production bike in the world. She was my home and my teacher for three months while I traversed some of the most beautiful scenery on the world.

When my “perfect” life started to crack at the seams, I realised that the only way to rediscover myself was to set off on a journey until I found the answers (which I outlined in my book, Riding Raw).

Here are some of the lessons I learned.

1. The best thing about being alone is the connections 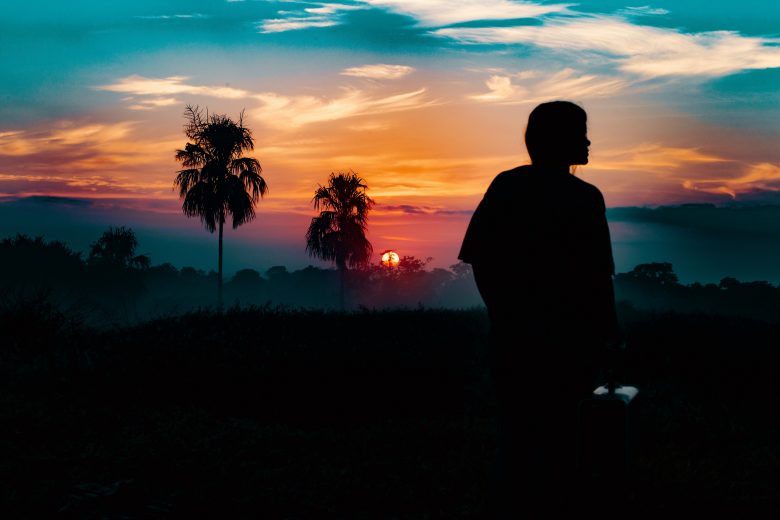 Wait, what? That doesn’t make any sense. Maybe not in your head, but on the road, it makes perfect sense. As I learned to be present, accept myself, and open up to the people I met along the way, I formed staggeringly deep connections with people I was meeting for the first time. None of the people I met on the road knew my history. None of them were aware of what I’d achieved or accumulated. None of them cared about my business card, my title, my role. What mattered was how I engaged with these inspiring, captivating people. How I chose to show up. And when I showed up, so did they, leading to beautiful, heartfelt moments of connection.

2. We can change our stories 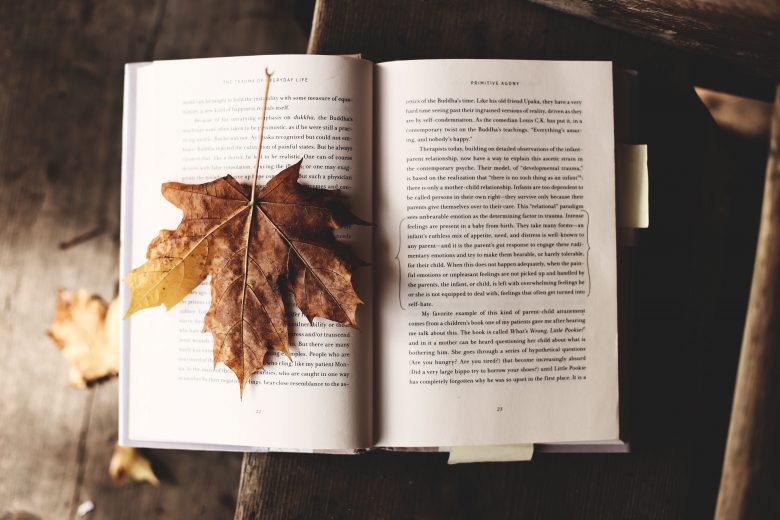 My default setting was warrior mode. My defences were up, and I’d do whatever it took to defend my position. In the corporate world and in life, it was my survival tactic—my way of keeping myself safe. Being a warrior defined me  But time on the road, surrounded by breathtaking scenery and engaging strangers taught me the story I’d told myself about needing to be constantly on the attack, no longer served me. Making a conscious decision, I chose to let that story go. I refused to let it hold me hostage any more. In its place I created a new belief – that I was safe, and it was was Ok to trust and be vulnerable. Changing my story changed my life.

3. We get to create a living masterpiece 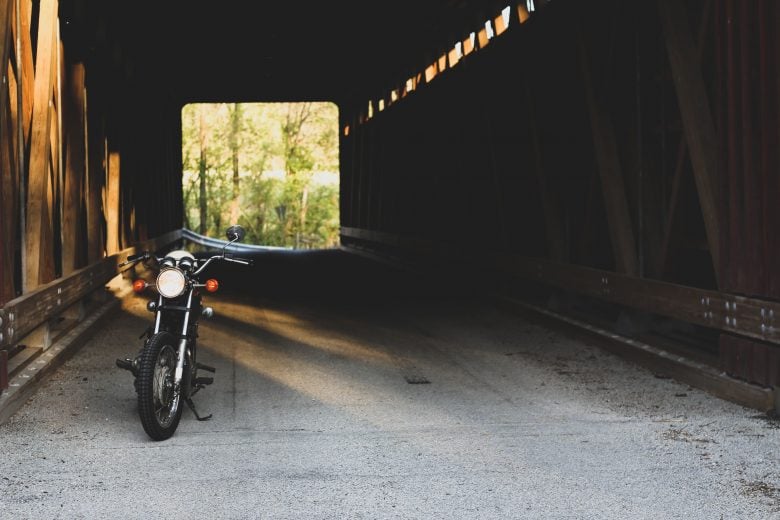 One of the most inspirational people I’ve ever encountered is Dr. Michael Gervais. He has a philosophy that has become a powerful driver in my life: “Every day, we have the opportunity to create a living masterpiece.” Simply translated? Every day we need to go big—we need to live our life to the fullest…and at the end each day we need to ask ourselves one simple question “Did I go for it?” Everyone’s interpretation of a living masterpiece is different, and every day your definition might change. Some days on the road, my definition was exploding Voodoo through the corners with power and precision, some days it was learning the new art of sitting quietly and being present! But the trick is to know what a living masterpiece means for that day, and commit to it wholeheartedly.

4. Don’t be afraid to ask for help 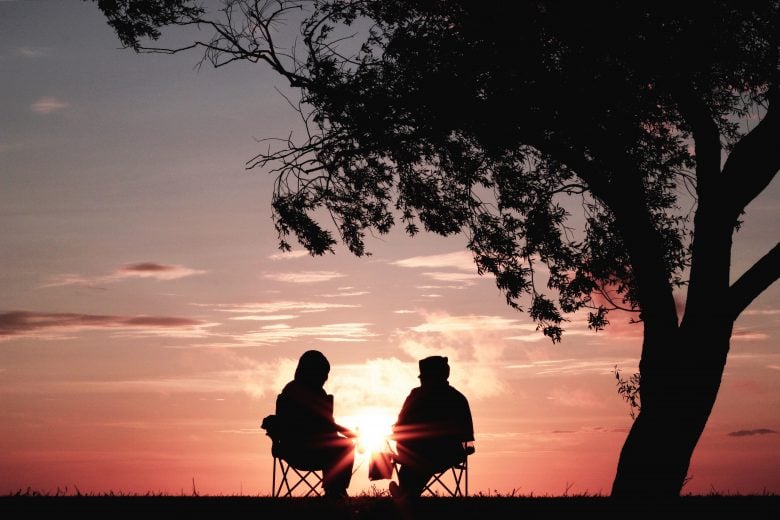 I hate being vulnerable and asking for help. Warriors don’t ask for help, do they? But there came a point on my journey where I needed to check Voodoo’s tire pressure, a very different process in the United States than it is in Australia. After struggling for twenty minutes, I eventually gave up and accepted the help of the young guy in cowboy boots who I’d initially rebuffed. That was when I understood that receiving help can be a gift. Why? It allows the person helping to feel valuable. Giving and receiving help is a two-way street. Both people leave the interaction feeling good, and it’s incredibly freeing to know you don’t have to have all the answers all the time!

5. Trust the universe, but do your job 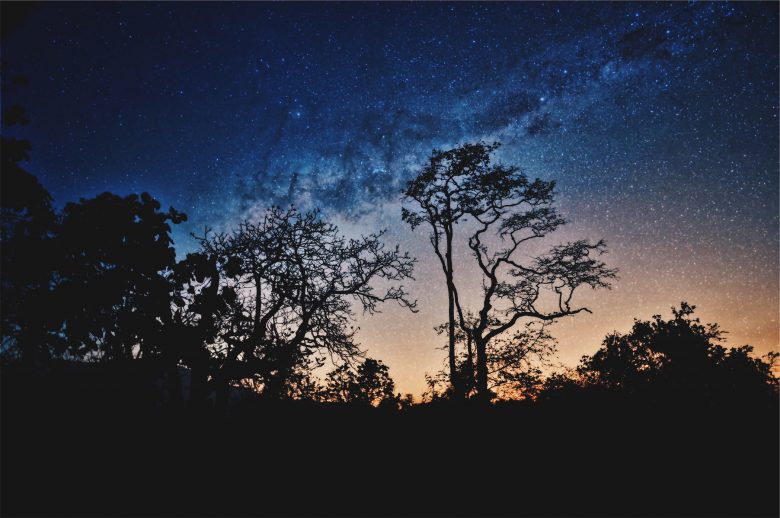 I was never someone who felt a strong affinity with something greater than myself. Until I set out ride more than 21,000km in three months. At the beginning of the trip, I began a daily pre-engine start-up routine where I asked the Universe to protect Voodoo and me as we rode. It started off as a safety net—an insurance policy. What have you got to lose by asking? About ten days into the practice, however, as I sat on Voodoo one morning and asked for protection before firing her up, a very loud voice came through in my helmet: “Sure, but you’ve gotta do your job.” What? The longer I rode, the clearer this instruction became. It was a partnership. The Universe had my back, but I had to play my part, too.

6. There’s so much to be grateful for 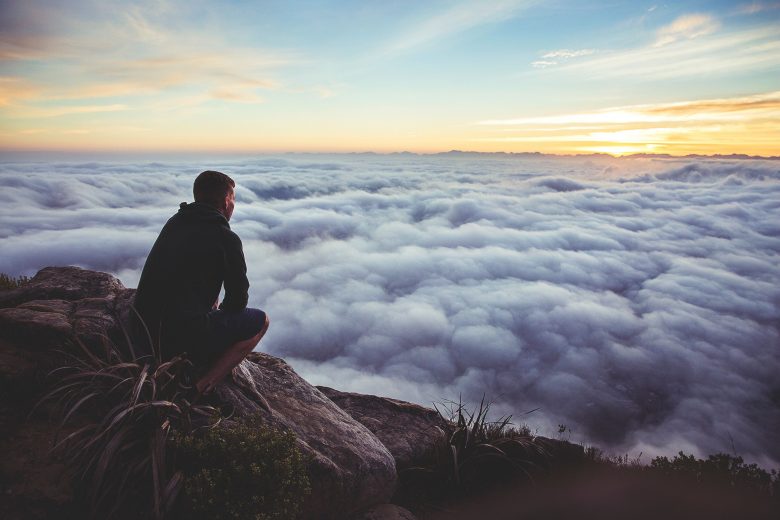 When I first swung my leg over Voodoo, I knew intellectually that gratitude was a positive emotion to cultivate. It’s easy to be grateful for the amazing things around you…but the tough stuff? Now that’s really challenging! It was hard to connect with gratitude when I was cold, wet, freezing, and exhausted. But that’s where the real magic happened — when I was grateful for what was — for things being exactly as they were. Even in the tough times, I learnt to be grateful, because there was always a lesson in there somewhere—I just had to find it! I also discovered that gratitude is a practice not an attitude. We have to work on it every single day. The more we practice, the easier it gets. It wasn’t enough, I learned, to just think about gratitude. To really feel it in my soul and for it to turn me around, I had to consciously express it…and there was a lot to express! 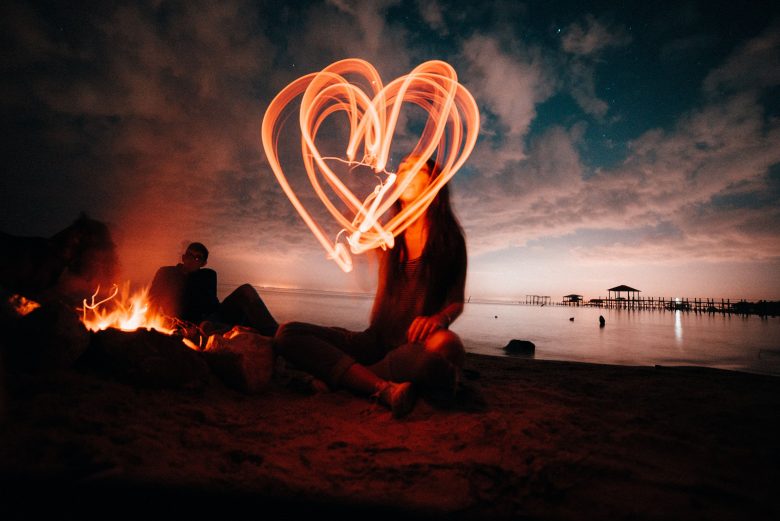 Don’t get me wrong — it’s great to realize head success — to have an exciting career, financial success and prestigious achievements, so long as it doesn’t define you. It did with me, and the problem with that is that no achievement is ever enough. Nothing fulfills you, and so you keep pushing relentlessly towards the next goal—funnily enough with the same result! Slowly, slowly on this journey, I came to realize that true success—true fulfillment, came through heart success. It came through slowing down and being present. It came through being mindful, being grateful and really celebrating the simple things around me. It came from creating the space to let the true me emerge, and even though that was scary—for the first time in years, I felt content. I felt at peace.

8. I am not my business card 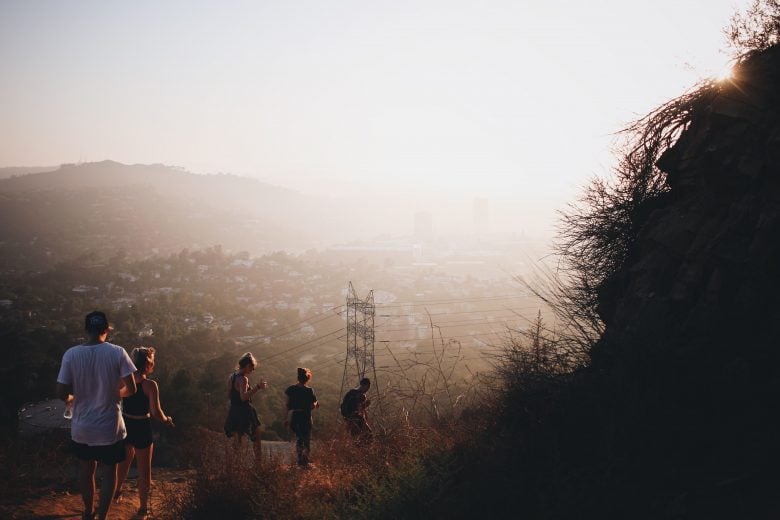 For years, I needed my validation to come externally. In order to feel successful, I needed the outside world to acknowledge my achievements, and to be just the tiniest bit in we of me! My identity was tied to my role, and my business card defined me. It told the world I was someone to be reckoned with! If I had a kickass title, then surely I was a kickass player, right? Probably only in my own mind! When I chose to talk away from my company, initially I felt lost. Who was I if I wasn’t the CEO of a successful company? My journey taught me quickly, that validation comes from within. It’s not about what we’ve achieved in the world, it’s about how we engage in it. How I chose to show up. On the road the people that I met didn’t give a damn about what I’d achieved or what I’d accumulated, they just liked me for me. Who would have thought?

9. Say yes to whatever life throws you 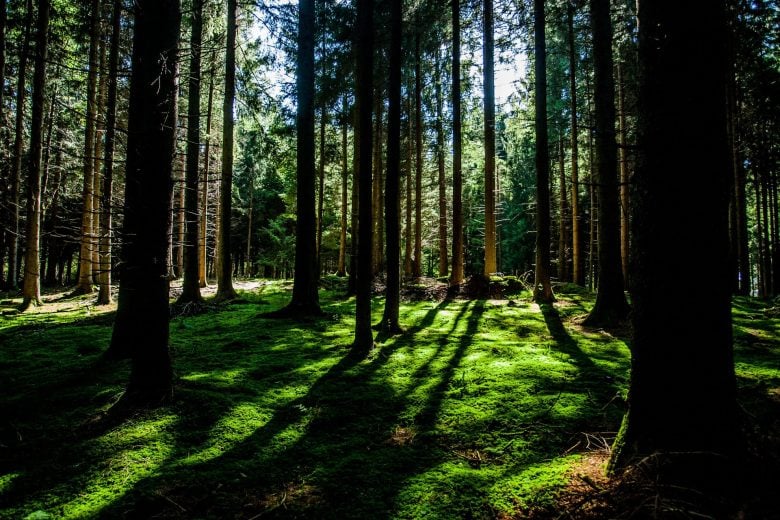 Before my journey I had an insatiable need for control. I needed to know not just the destination, but all the steps in between. If I knew it, I could control it. What was I thinking? Very quickly this adventure taught me to let go of control — to surrender to whatever came my way. I initially struggled with “surrender” because it felt like giving in. But eventually I realized that it actually meant accepting — it meant going with the flow and being at peace with whatever I was dealt with. There are no coincidences—whatever came my way was meant to come my way for a reason. Although I couldn’t control what happened to me, I could control the way I responded to it..and the easiest way to let go of control? Say “yes” to everything that gets thrown at you! 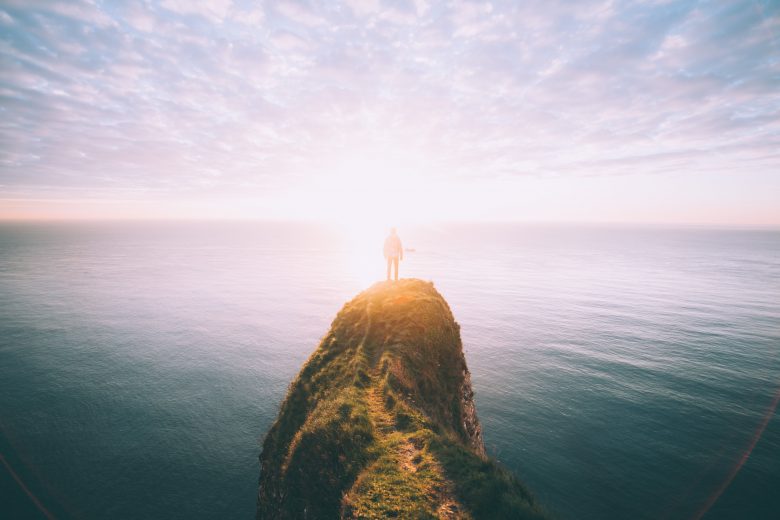 I’ve always believed it was selfish to put myself first. I’m a Mom, so naturally my kids came first. I’m a CEO, so naturally my people and my business came first. I’m a wife, so yep—my naturally my husband came first. (Although he might dispute that!) I’m a daughter, a sister, a friend…no matter what my role, I put my needs last. Because that’s what you do, right? That’s what makes you a good person. Wrong! Many people — including me initially, believed I was being selfish taking this journey. But I came to learn that there’s a big difference between being selfish and being “self-full”. Being self-full means acknowledging your own needs, being kind to yourself, not letting your own tank get empty, and consciously taking care of all areas of your life — mind, body and soul. It takes practice and it’s hard to change the habits of a lifetime, but one thing is for sure — I can’t take care of anyone until I’ve taken care of myself. 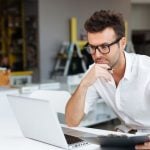 Previous Story:
How long do negative items stay on my credit report? 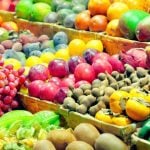 Next Story:
5 things to throw on the grill that aren’t meat

About the Author / Sue Hollis