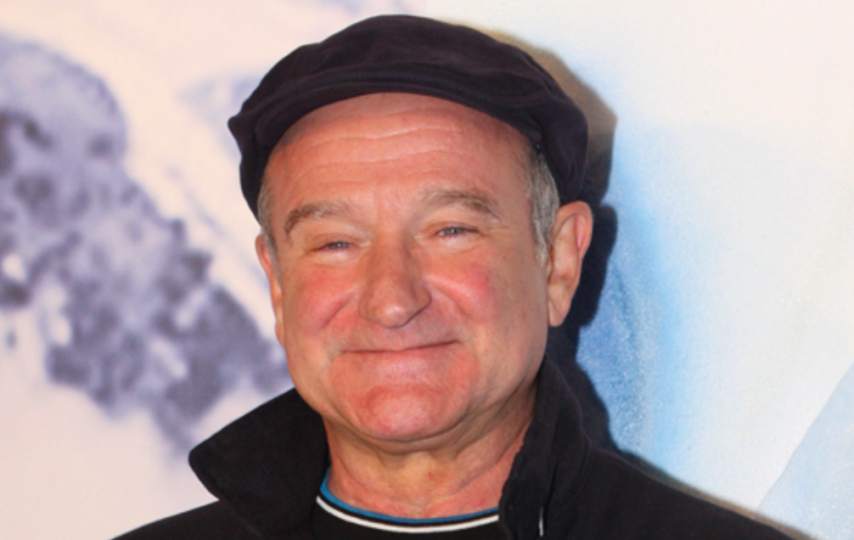 Robin Williams was a comedy genius. Perhaps the pre-eminent comedy genius of our lifetimes, which made his death 8 years ago on Aug. 11, 2014, all the more tragic. Everything from the twinkle in his eyes to how he refused to do comedy at the expense of others because he was bullied as a child, was delivered with absolute magic. It looked effortless and sounded fresh every time.

But he was much more than a collection of one-liners and impressions (although they were amazing). Above all else, he was a kind and loving human. A human deeply invested in helping others and completely in love with laughter.

Yes, he made us laugh until our faces hurt and we felt like our ribs would break, but underneath the humor was just Robin Williams, a brilliant man whose stories are worth reminiscing over.

1. Can I get a Hallelujah? Williams got his start in comedy at a church

Although Williams first performed on stage in high school, his true introduction to comedy came from a comedy workshop being held in the basement of a San Francisco church. This experience gave Williams the confidence to dip his toes into stand-up comedy.

2. The greatest dad ever. He tried to get Lydia from ‘Mrs. Doubtfire’ back in school

In the summer of 1993, once filming for “Mrs. Doubtfire” was done, Lisa Jakub (Lydia) was expelled from her high school for excessive absence.

Robin Williams took it upon himself to resolve this. While we’d like to think he used Mrs. Doubtfire’s charm and costume to sway the school’s administration, he actually wrote a personal letter in Jakub’s favor overflowing with praise for his onscreen daughter. Unfortunately, this did not help, and Jakub moved to a different school.

3. He was friends with Koko the gorilla

Robin Williams visited Koko the gorilla in 2001. The two bonded immediately, with Koko trying on his glasses and Williams tickling the gorilla. “We shared something extraordinary: laughter,” Williams once said.

When Koko was told of Williams’s death, she mourned greatly.

4. He started his acting career as a mime in New York City

In the early ’70s, Williams and friend Todd Oppenheimer (who became an award-winning journalist) decided to earn some extra money by performing as mimes in New York’s Central Park. Williams’ creativity and fluidity of movement captured the eye of photographer Daniel Sorine. He snapped the photos and did not look at them again for 35 years, at which point he recognized Williams, and we are beyond thrilled.

5. He comforted Steven Spielberg during the filming of ‘Schindler’s List’

Steven Spielberg had a personal and quite traumatic experience while directing “Schindler’s List” in 1993. While working on set, he would receive a call from Williams (who had befriended Spielberg on the set of Hook) with an entire 15-minute comedy set.

Of course, Spielberg would end up rolling with laughter. What did Williams do to close the private set? Upon hearing the biggest, raucous laugh, he would simply hang up. When asked about this “pick-me up call”  in a Reddit AMA, Williams said “ I called him when I was representing People for the Valdheimers Association. A society devoted to helping raise money to help older Germans who had forgotten everything before 1945. I remember him laughing and going “thank you.”

6. He was almost cast in ‘Midnight Run’

Williams desperately wanted the role of Johnathan “The Duke” Mardukas in the Martin Brest film. At that point in his career, he was still auditioning for roles. After going through several auditions, the part ultimately went to Charles Grodin, who always made fastidious comedy. Williams later said, “It was rough for me. I had to remind myself, ‘Okay, come on, you’ve got other things.”

7. Do not take stock tips from his former classmates

Williams was voted both “Funniest” and “Least Likely to Succeed” in his senior year at Redwood High School in Larkspur, California. In his lifetime, Williams won an Academy Award, two Emmys and five Grammys. Great judgment, kids.

8. He named his daughter after a video game

Williams was an  avid  gamer, even naming his daughter Zelda after the game “The Legend of Zelda” he and his wife played during her pregnancy.

9. He changed the way sitcoms are shot

When Williams began shooting “Mork and Mindy,” there were three camera operators, as had been the standard for sitcoms for years. Williams, however, was given much leeway to improvise since the director regarded him as a comedic genius. Williams would zoom around the set being brilliant, making it impossible for the camera operators to follow him.

Solution? Get another camera. Most sitcoms are now filmed using four cameras.

Williams and Reeves met when they were roommates at Juilliard. Their brother-level friendship continued to flourish after Williams dropped out in his junior year. In 1995, when Reeves had the tragic horse riding accident that paralyzed him, he had a visit from a “short, frenetic proctologist who came to see him soon after. Of course, it was Robin Williams just being his magical self. It was also the first time since his accident that he laughed. He explained that when Williams came in, Reeves finally felt like everything would be ok.

Williams once said of their friendship:  “Him being such a great friend to me at Juilliard, literally feeding me because I don’t think I literally had money for food or my student loan hadn’t come in yet, and he would share his food with me. And then later after the accident, just seeing him beaming and just, seeing what he meant to so many people.”

Williams was known for his incredible impersonations and he did quite a lot of them but he often said that his favorite by far is the one of Jack Nicholson.  “He once was with me at a benefit and leaned over and said “even oysters have enemies.” In a very intense voice. I responded with “Increase your dosage.” ” Williams oncesaid in a Reddit AMA.

12. He wanted to play Hagrid in Harry Potter

Can you imagine  the lovable key keeper of Hogwarts played by Robin Williams. It would’ve been amazing. Robin Williams wanted a few things in as badly as he wanted to play Hagrid in J.K. Rowling’s Harry Potter. Unfortunately, there was a moratorium on hiring US actors for the film and Robbie Coltrane was as magical as any Hagrid could be.

The casting director said, “Robin [Williams] had called [director Chris Columbus] because he really wanted to be in the movie, but it was a British-only edict, and once he said no to Robin, he wasn’t going to say yes to anybody else, that’s for sure.” Well, at least they knew saying no to Williams was a big deal.

13. The role of Genie in ‘Aladdin’ was written for Robin Williams

The directors of “Aladdin” (1992) wrote the part of the cheeky Genie specifically for Robin Williams.

“Initially they came in and I was just doing the scripted lines and I asked “Do you mind if I try something?” and then 18 hours of recording later, they had the Genie.” Williams once said. “I just started playing, and they said “just go with it, go with it, go with it.” So I improvised the character. I think that in the end, there were something like 40 different voices that I did for that role.”

Williams was one the biggest stars on the planet when there were almost no celebrities lending their talents to animated feature films. That all changed after Williams breathed life into Genie, and we still see its effect in our superstar-laden kids’ movies.

14. He quietly donated to the Seattle Food Bank

Besides making the world a better place with his comedy and emotional performances, the Patch Adams star was also big on charity. It was reported that between 2004 and 2008, Williams quietly raised $50,000 for a Seattle food bank before his death.

“I was just astounded. Robin Williams is the type of person who really understands there are a lot of people who are really, really struggling.” the charity’s executive director Fran Yeatts recalled.

Yeatts said the actor not only gave the money to the charity but also asked to do it anonymously.

15. He had one regret about winning an Oscar

When Williams won a Best Supporting Actor Oscar for his performance as Sean Maguire in Good Will Hunting, he thanked many people except one. His mom. To make matters worse, she was seated in the audience

“I forgot to thank my mother and she was in the audience,” Williams said in the Graham Norton Show in 2011. “Even the therapist went, ‘Get out!’

Previous Story:
18 money myths you need to stop believing
Next Story:
Are these robotic fish the secret to cleaning up our oceans?

About the Author / Alex Andonovska