There are roughly 700 lighthouses in the United States — so many, in fact,  it could take quite a few trips to visit each and every one of them. And you may be surprised to find that the state with the most lighthouses isn’t anywhere near an ocean.

That’s right. With around 140 lighthouses along its coastlines, Michigan has more lighthouses than any other state. Maine comes in second at around 80.

We’ve compiled this list of some of our favorite lighthouses so that, even if you can’t visit in person, you can be inspired by these photos of some of the most beautiful lighthouses in America.

This article was
produced and syndicated by MediaFeed.org.

Our top picks for US summer travel destinations 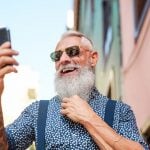 Previous Story:
Report: 70% of American seniors feel younger than they are
Next Story:
You won’t believe how cheap these epic honeymoon destinations are