Americans split on what matters more: Environment or economy

Amid an unprecedented economic downturn in the U.S. and worldwide and after axing Roe v. Wade, the Supreme Court continues overturning progressive and liberal rulings of the past. With its verdict on West Virginia v. EPA passed on June 30, it effectively eliminated the possibility of federal-level regulation of greenhouse gas emissions by power plants, a governmental tool deemed appropriate in the past by a favorable ruling in the Massachusetts v. EPA Supreme Court Case in 2007. According to Chief Justice Roberts as cited by the New York Times, decisions of “such magnitude and consequence rest with Congress itself, or an agency acting pursuant to a clear delegation from that representative body.”

As our chart based on a YouGov survey shows, half of U.S. adults see stabilizing the economy as a more pressing issue in these times anyway. The other half of the survey participants claimed protecting the environment was more important than preventing further economic crises. Less surprisingly, only 20 percent of respondents identifying as Republican gave more weight to the environment, while 73 percent of Democrats thought preservation of nature was more important than economic stimulus.

According to another question from the same survey, two thirds of U.S. Americans hadn’t heard of West Virginia v. EPA before the court ruling, even though discussions started at the end of February. Eighteen other states joined West Virginia in opposing prior rulings on this matter, almost all of which are traditionally seen as red states such as Alabama, Indiana and Texas. 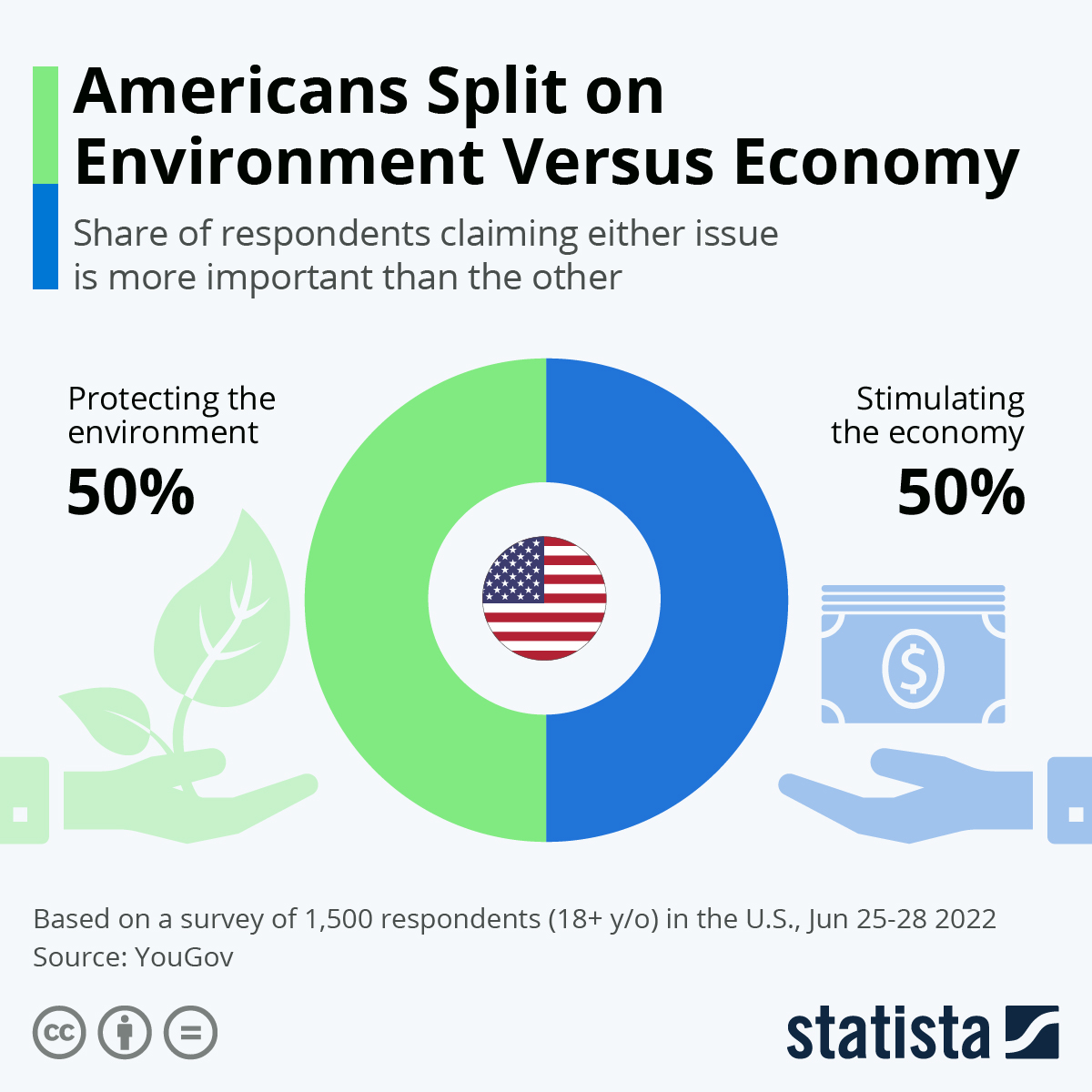 How to invest with the environment in mind

Previous Story:
Retirement during high inflation: A how-to guide
Next Story:
How to find the best mortgage rates in Hawaii as a first-time homebuyer