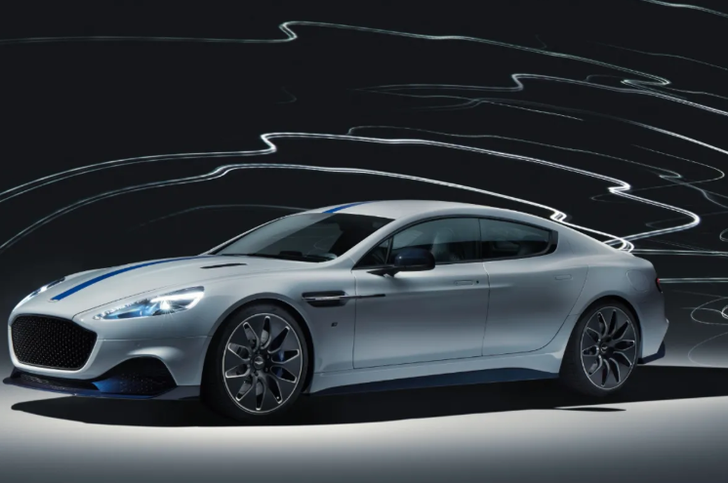 It has been a busy week for the electric car market, as new vehicles are revealed from Aston Martin, Lotus and Volkswagen at the Shanghai Auto Show.

First came the latest ID electric concept vehicle from VW, called the ID Roomzz. An electric SUV, the Roomzz features an 82kWh battery pack; VW hopes it will have level 4 autonomous driving capabilities by the time in goes into production in 2021.

Range is claimed to be up to 450 km (279 miles) when using the European Union’s WLTP testing standard. Volkswagen says the concept can be recharged from empty to 80 percent in 30 minutes via a 150 kW fast-charging system.

Being a concept car, the ID Roomzz’s design will likely change to some degree before it enters mass-production. We can expect to see the front doors, which slide forwards, to be dropped for conventional alternatives. Similarly, the Formula One-style steering wheels, with its flat top and bottom, will likely be replaced for a more traditional example.

The interior features a large touch screen on the dashboard – as is quickly becoming par for the course among electric cars, especially in concept guise – and the car is built on the VW Group’s widely used MEB platform.

The VW ID range is growing rapidly, with the first model, a small electric hatchback, opening its order books on May 8. Then there is the ID Buzz, a modern electric take on the classic Volkswagen Minibus; the Vizzion sedan, the Crozz SUV, and the Buzz Cargo, a commercial version of the retro-inspired Buzz.

Next came a duo of electric car announcements on April 16. First, British sports car maker Lotus teased an upcoming electric hypercar codenamed the Type 130. This will be the company’s first fully electric car (indeed, it is yet to even look at hybrids), and what it claims to be the first British electric hypercar.

Lotus says it is in the advanced stages of developing the Type 130, which will be the company’s first all-new car since 2008. Low, wide and built from carbon fiber, the Type 130 ticks many of the boxes expected from a hypercar.

The battery pack is fitted behind the passenger compartment, in a similar move to the Pininfarina Battista, to make the car as low as possible, and power will be sent to all four wheels. Lotus says the powertrain is being developed in partnership with Williams Advanced Engineering, a department of the WIlliams Formula One team.

Expected to have a seven-figure price tag, the Type 130 will be far more expensive than any previous Lotos; but a rumored 1,000-horsepower output and range of over 250 miles suggest the price could be justified.

Lotus chief executive Phil Popham said at the Shanghai Auto Show this week: “Type 130 will be the most dynamically accomplished Lotus in our history. It makes a turning point for our brand and is a showcase of what we are capable of and what is to come from Lotus.”

The teaser reveals very little about the car’s design, other than it will place a strong emphasis on aerodynamics, with the canopy featuring a teardrop shape, and the underneath of the car air appears to be managed by deep Venturi tunnels extending to the rear.

The car will be revealed at an event in London later this year, but an exact price and release date are unknown for now. Production numbers are expected to be tiny, at perhaps less than 20 worldwide.

Finally, April 16 also saw the reveal of Aston Martin’s first electric car, the Rapide E. Debuted in Shanghai, the car is based on the company’s existing Rapide, a four-door, four-seat luxury, high-performance sedan.

The car was first announced four years ago, and will be built in small numbers, with just 155 examples to be made. This is a case of Aston Martin dipping its toe into the electric world, before jumping in properly with its Lagonda sub-brand, which was reborn in 2018 and will produce luxury fully-electric vehicles in the next decade.

Back to the Rapide E, and Aston Martin says the car is powered by a 65 kWh battery and an 800-volt system. This gives the car a range of “over 200 miles” and power from two motors mounted to the rear axle is 450 kW, or around 600 horsepower. The battery can be recharged at a rate of 310 miles per hour when connected to a high-speed charger, the British manufacturer says.

Top speed is 155 mph, and Aston says the car will accelerate to 60 mph in under four seconds.

That latter stat is slightly quicker than the internal-combustion Rapide, which is no mean feat given the electric model weighs around 10 percent more, due to the extra weight of battery cells compared to the other car’s V12 engine and fuel tank. The battery is being built by Williams (them again), and the car will be assembled in the South Wales, UK village of St. Athan, where future electric Lagonda range will also be built.

What this week’s Shanghai Auto Show is demonstrating, just as Geneva did earlier in the year, is that the electric car industry is growing quickly, and becoming increasingly diverse. Electric drivetrains offer benefits across the automotive landscape, from SUVs and luxury sedans – where quietness and smooth driving is key – to hypercars, where electric motors offer unrivaled performance, and give designers an opportunity to try something new, due to decreased packaging constraints. 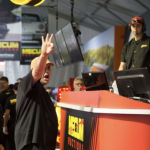 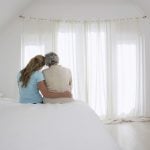 Next Story:
The 5 worst things to say when someone dies (and what to say instead)