Can Democrats keep control of the House & Senate after midterm elections?

The Democrats are controlling the House, the Senate and the presidency at the moment, but the midterm election coming up at the end of the year has the power to change this status quo. With the Republicans’ conservative roll-back in full swing, you would expect voters on the left to be energized, but the party is up against a historical precedent at the same time: The president’s party rarely does well in the midterms. 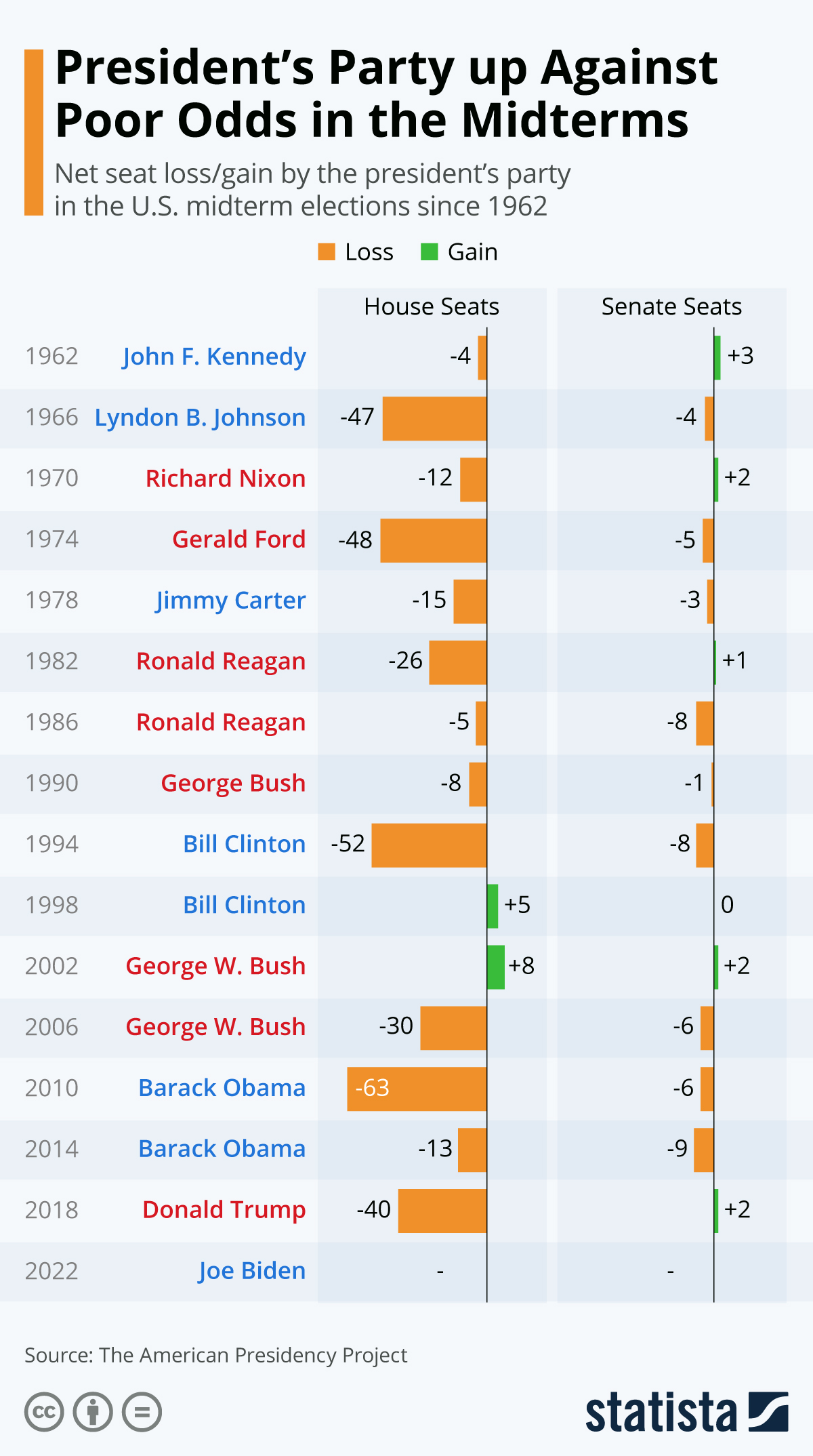 As seen in data by The American Presidency Project, there are only two presidents of the modern age who could expand their party’s showing in both chambers in the midterms or at least not lose ground: Bill Clinton during his second term and George W. Bush during his first, when he managed to flip the Senate in his favor while holding on to the House just one year after 9/11. Against these few success stories stands a long line of defeats.

Barack Obama lost control of the House forever two years into his eight-year term and suffered another major setback in his second midterms when he lost the Senate as well. Bill Clinton in 1994 lost control of both chambers of Congress by the middle of his first term and never won them back in the six years that followed despite the gains he made in his second midterm election. After George W. Bush’s successful first midterms, debacle followed four years later as he lost both chambers in 2006 amid fall-out from Hurricane Katrina and the war in Iraq.

Related: How Biden’s push for new building codes could impact your home

While the proof of midterm losses for sitting presidents is resounding, the reasons behind them are more muddled.

Nobody really knows why the midterms are so hard for incumbents irrespective of the political climate. Depending on how a president is perceived by his voters, he could be hit by either apathy or disappointment.

Other than 9/11, which helped George W. Bush succeed, other national crises have not proven a good predictor for midterms success, which leave two more possible culprits: presidential approval and the state of the economy. Neither will work in Biden’s favor in November.

This article originally appeared on Statista.com

Previous Story:
The best drivers live in these states, research shows
Next Story:
How much home can you really afford?