Can this diet actually protect your aging brain from Alzheimer’s?

Cheryl writes: “I’ve been reading a lot about the MIND diet lately. A 50% reduction in Alzheimer’s cases seems pretty significant. Even if it’s not a controlled study, I’m willing to eat a few more blueberries just to hedge my bets. But I’m not ready to give up cheese quite so easily! How strong is the evidence that cheese increases the risk of Alzheimer’s?”

What is the MIND diet?

The MIND diet is a set of dietary guidelines proposed by researchers from Rush University. The diet combines elements from both the Mediterranean and DASH diets, two dietary patterns that have a long track record for promoting health and longevity, with a particular emphasis on foods and nutrients that have been associated either with cognitive health or decline.

The researchers hypothesized that following this diet could keep your brain healthy, preserve your cognitive abilities as you age, and perhaps even ward off dementia and Alzheimer’s disease. To test their theory, they reviewed dietary and medical records for almost a 1,000 people to see how closely their diets adhered to the MIND guidelines and how they fared in terms of brain health.

As Cheryl says, that certainly got everyone’s attention.

What’s on the MIND diet?

The MIND diet promotes 10 “brain healthy” foods and discourages five foods. Along with the berries that Cheryl mentioned, you’re encouraged to eat plenty of vegetables, especially the green leafy kinds, nuts, legumes, whole grains, fish, poultry, olive oil, and wine. The foods that you’re supposed to limit are red meat, butter, and margarine, pastries and sweets, fried and fast food, and cheese. (Hey, who are they trying to kid here? That’s actually eight categories of foods!)

How strong is the evidence?

The original MIND diet study had a few limitations. First, as Cheryl points out, this was not a controlled study, where one group was put on a specific diet and another group served as a control. This was an observational study. That means that the subjects weren’t given any particular dietary instructions. They just agreed to let researchers gather information on what they ate and to take various neurological tests over time.

The researchers found an association (or correlation) between the MIND dietary pattern and improved cognitive health. But we don’t know how much of that benefit was due to the diet as opposed to some other factor(s) that the lucky subjects had in common. For example, those who had the best diet scores also exercised significantly more than those who had the lowest diet scores. Although the researchers adjusted for that particular variable, it could be people who eat well and exercise more have other healthy habits or attributes that they didn’t control for.

It’s also possible that, out of the 15 foods singled out in the MIND diet, some have a much bigger impact on brain health than others. This analysis doesn’t attempt to see how big a role each individual dietary factor plays in the overall effect.

Which brings me back to Cheryl’s question: Is avoiding cheese really necessary in order to preserve our brainpower?

What’s the case against cheese?

When it comes to preserving brain health, I would say that the case against cheese is pretty weak. I wouldn’t be surprised if a variation of the MIND diet which didn’t limit cheese performed just as well in a similar statistical analysis. (They could call it the Head Cheese Diet!) 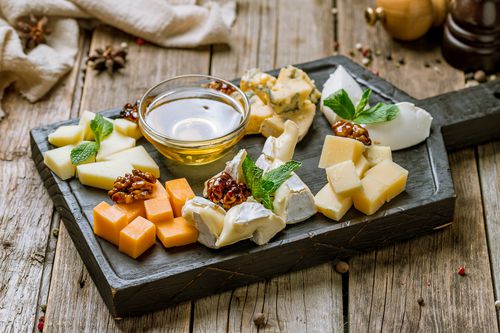 Further research on the MIND diet

Since the original paper, there have been a few follow-up studies. A 2019 Australian study found that those who adhered to the MIND diet pattern had a lower incidence of Alzheimer’s and dementia over time, while those who followed the more general Mediterranean diet pattern did not. A 2022 study found that people following the MIND diet had better sleep quality and less daytime sleepiness.

What’s the bottom line on the MIND diet?

The evidence for the MIND diet as a strategy to prevent dementia is still preliminary. In 2021, researchers launched a 3-year study that will prospectively test the effects of the MIND diet on about 600 individuals. Depending on how it turns out, this randomized, controlled trial could give us much more confidence in the original observational data, although it won’t necessarily help in sorting out which individual components of the diet are most impactful.

For the time being, I would divide the MIND diet recommendations into three categories:

Eating fish at least once a week and enjoying one (ONE!) glass of red wine daily is also good advice. But if you don’t eat animals or drink alcohol, you shouldn’t lose a moment’s sleep over not following this part of the prescription.

I very much doubt that it’s necessary to eat poultry twice a week or whole grains three times a day. And, Cheryl, you’ll be glad to hear that, based on the current evidence, I don’t think that you need to give up cheese in order to keep your brain healthy.

This article originally appeared on QuickAndDirtyTips.com and was syndicated by MediaFeed.org

How to eat better without going on a fad diet

Previous Story:
Value proposition: What it is, how to write one, and powerful examples for inspiration
Next Story:
Here’s how much real estate $1M will get you around the world

About the Author / Monica Reinagel