Does Biden’s Inflation Reduction Act do enough for climate?

The Inflation Reduction Act, a $430 billion bill passed by the Senate on Sunday, designed to combat climate change, lower prescription drug costs and raise some corporate taxes. While President Biden last month asserted that it is “far from perfect” and a “compromise”, he also urged Congress to act since it is “how progress is made” and “the strongest bill you can pass.”

Related: How Biden’s push for new building codes could impact your home 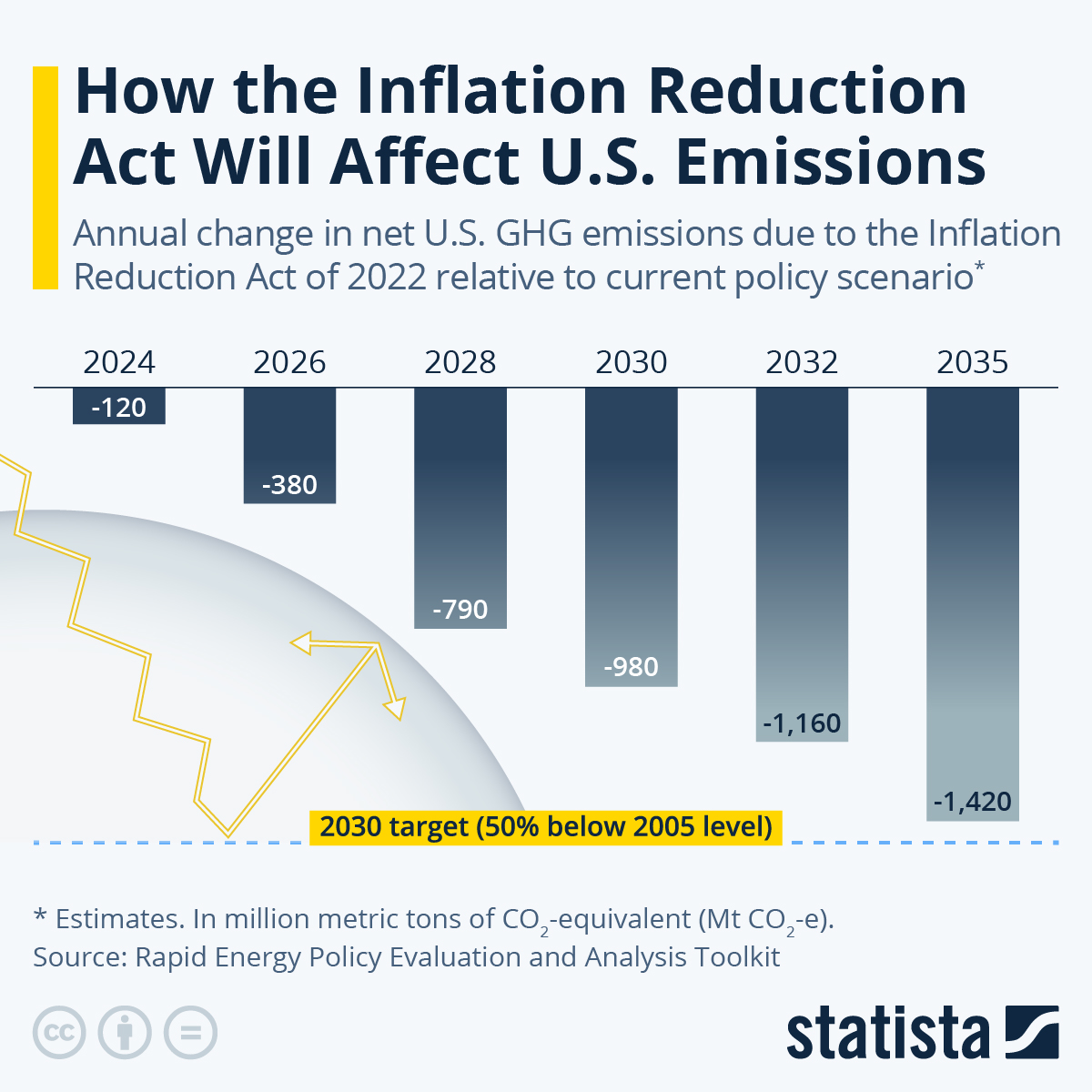 Indeed, after months of negotiations and numerous amendments made in order to get the bill through, what began life as part of the perhaps overly ambitious Build Back Better plan is expected to fall considerably short of the administration’s emissions goal of reaching 50 percent of the 2005 level by 2030.

As this infographic using Rapid Energy Policy Evaluation and Analysis Toolkit (REPEAT) estimates shows, while annual net greenhouse gas emissions are forecast to be significantly lower by 2030 than they would be if the country’s current policies were maintained, the target is still well out of reach. REPEAT expects emissions to come closer to the desired level by 2035.

Still, the scale of the bill is not to be underrated. Should it pass the House (with voting expected as soon as Friday), it would authorize around $370 billion for energy and climate programs – making it the biggest clean energy investment by the federal government in U.S. history.

Previous Story:
Creamy Cajun chicken pasta
Next Story:
US prescription prices are much higher than other countries