Everything you (n)ever wanted to know about a colonoscopy 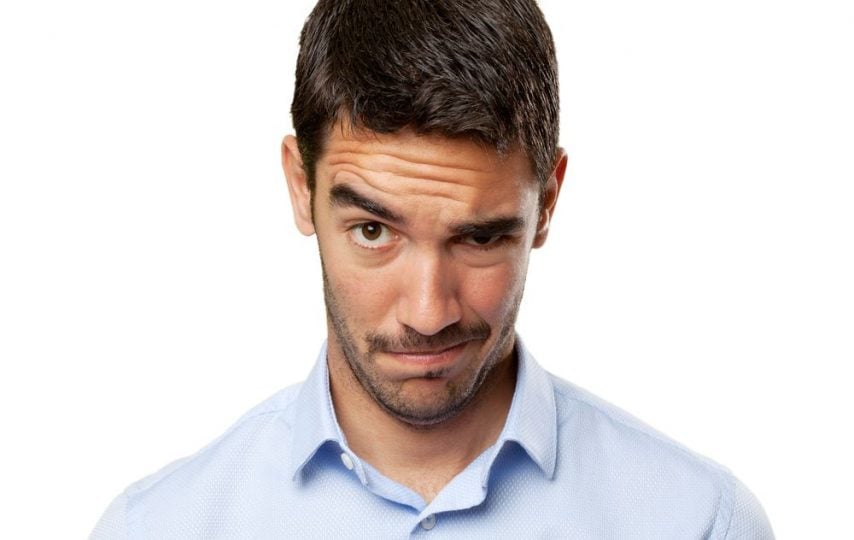 Last spring at my long-overdue, full-body exam, my doc did the mental math, and told me I was overdue for my screening colonoscopy. Really? I should go to another doctor who’s going to stick a long tube with a fiber-optic camera in a body part that’s pretty much labeled “exit only?”

Colon cancer is the third leading cause of cancer in American men and women, and if left untreated, is the second leading cause of cancer deaths, according to the Centers for Disease Control and Prevention. Most medical professionals recommend a screening for colon and rectal cancer once a decade starting at age 50 – earlier if you have symptoms or additional risk factors. The good news: Colonoscopies are performed under moderate sedation or anesthesia. You’ll be asleep, or near asleep, the whole time. The medications used will depend on a variety of factors, including where the procedure is performed.

I’ve only had one colonoscopy, and fortunately I got a clean bill of health. But I learned some things, and I’ll be doing things differently on my return trip in 2029.

In the meantime, here are 10 tips for preparing for your own colonoscopy. 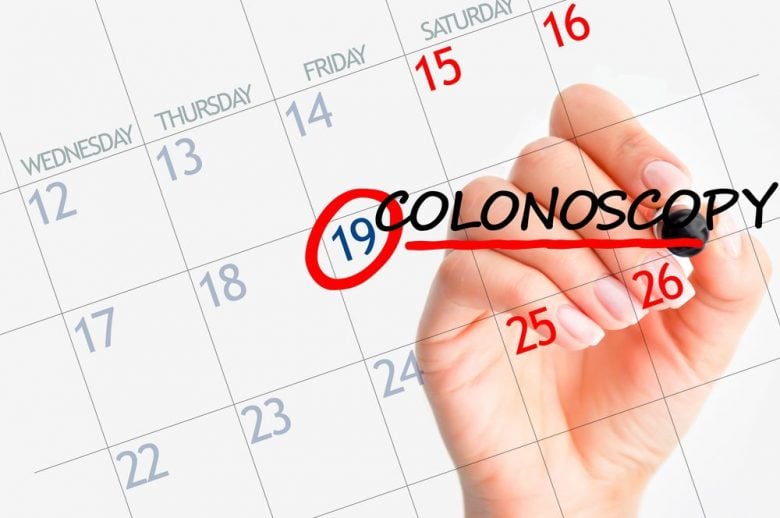 With charming names like MoviPrep or Golytely, the colonoscopy preparation products leave very little to the imagination. The goal is to have a clean, empty colon. If my colon was stretched into a straight line (and not in its current shape, which looks like three sides of a square), it would be about as tall as I am. That’s a lot of space to empty. It’s important to start the prep on time, as directed. 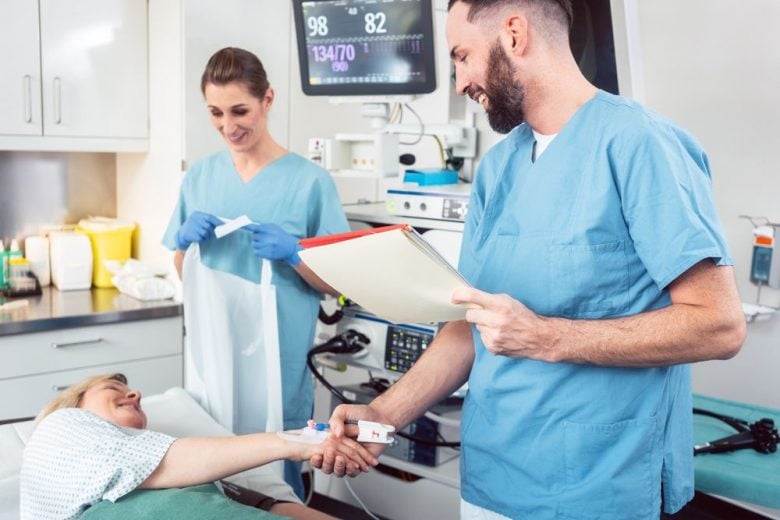 You know when your car’s windshield is super-dirty or muddy, and you squirt a little wiper fluid on it, hoping to be able to see the road? If you don’t follow the prep instructions, which include fasting, the view from the colonoscope is going to look like a schmutzy windshield to your doctor. If you ignore the instructions about when to stop eating solid food, your doctor may not be able to do the procedure – and you’ll have to go through this again! You don’t want that. Plus, the less stuff in your colon, the quicker the prep works. 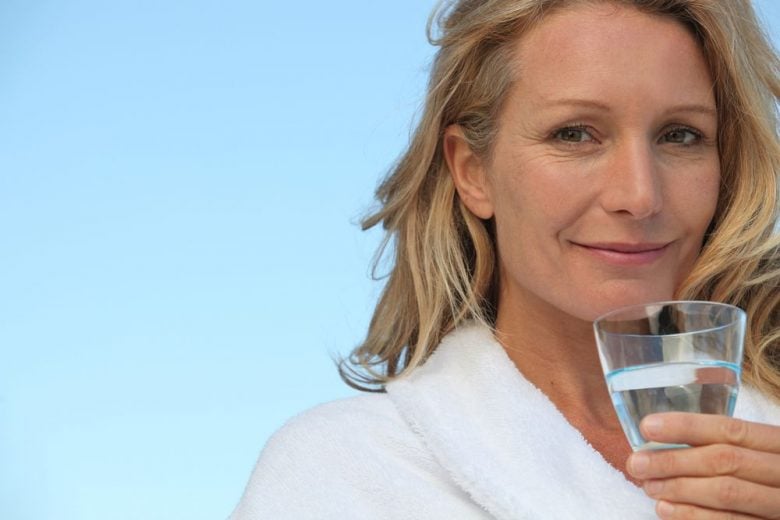 Most prep instructions allow you unlimited amounts of clear liquids, Jell-O, coffee or tea (without cream), and soda. Drinking clear liquids is important because you may become dehydrated from the prep. While vodka and tequila are definitely clear liquids, any alcohol’s a no-no, as it might actually interfere with sedation. 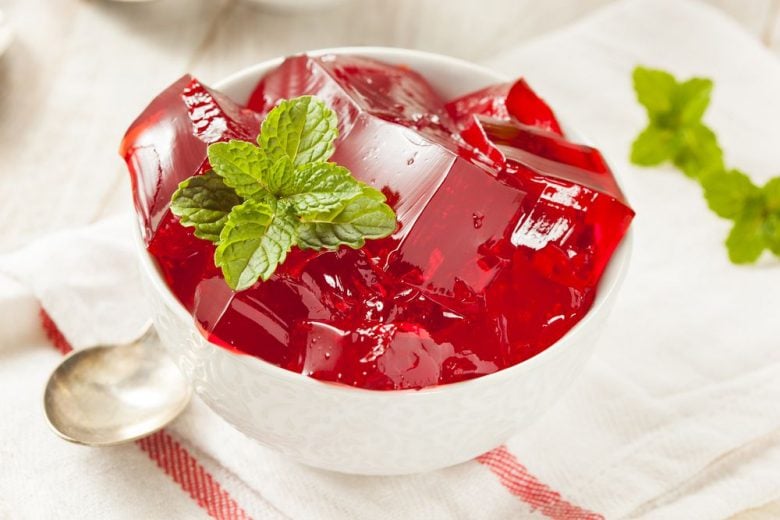 I think red Gatorade and grape Jell-O are magical, and on the colon prep diet, you can have both Jell-O and Gatorade – just not red or purple. Any product with red or purple dye may leave residual coloring in the colon, and that may result in some unnecessary panic. Or, in the case of purple dye, it may look like a blue Sharpie exploded all over your innards. 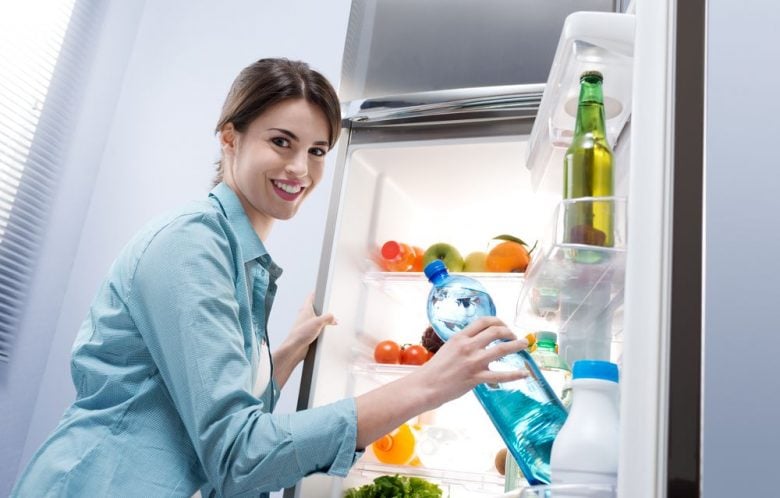 I found that the flavor of my MoviPrep was much improved when I put the stuff in the freezer. 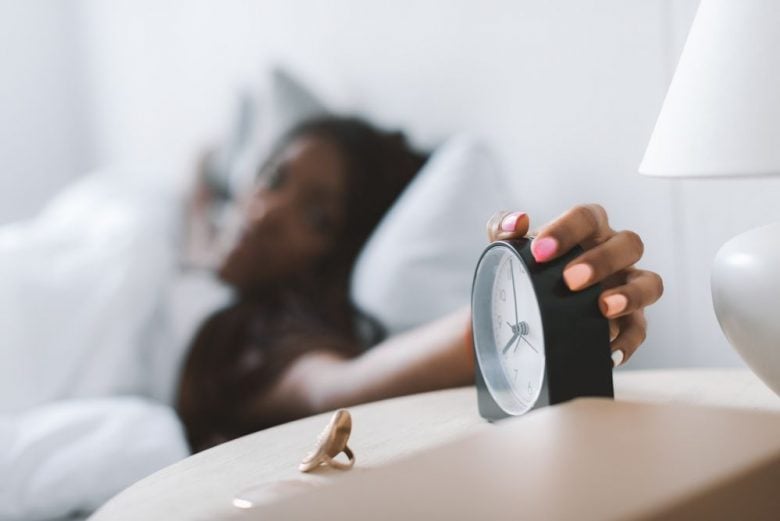 Schedule your colonoscopy as close to the start of the day as possible. I made a rookie mistake and went for a 10 a.m. time slot. I was hangry, tired, and a little worried for close to four hours before my procedure. Also, setting up the procedure the day after a traditionally big eating and drinking day (like Super Bowl Sunday, Fat Tuesday, Cinco de Mayo, or your birthday) is a recipe for failure. 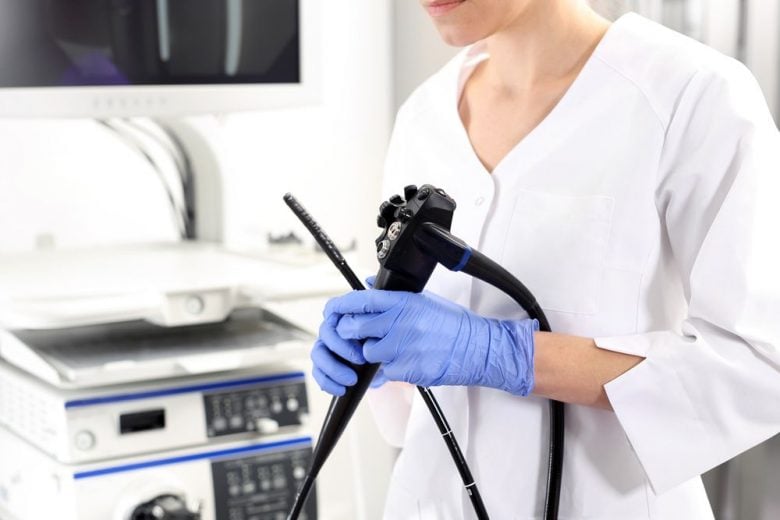 One of the most amazing things about a colonoscopy is that you get both the screening and treatment if needed – all in one! Your doctor will be able to snip polyps (growths on the inner lining of your colon) and any surrounding tissue if needed. Most polyps are harmless, but some may turn into cancer if left untreated. And the longer the polyps stay in your colon – even if you can’t feel them – the more likely they may go rogue. 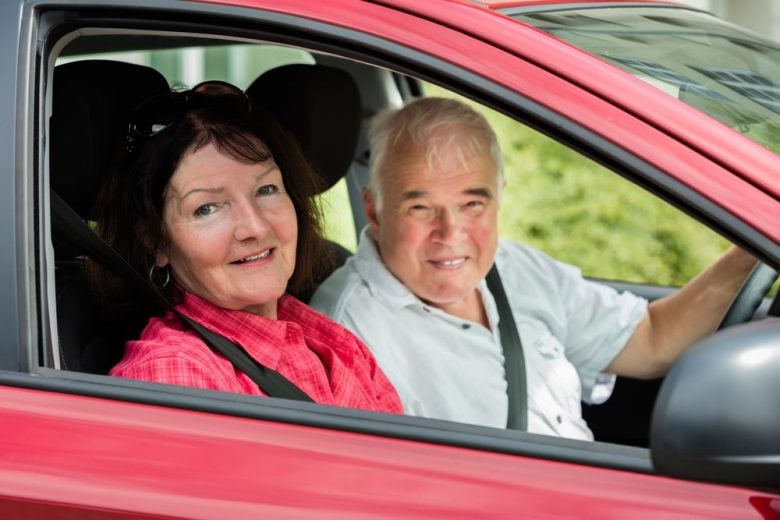 You’ll need someone to drive you to the appointment and drive you home. Even with moderate sedation, you’ll be in no shape to drive yourself. Make sure the person you pick isn’t going to live stream your conversation when you come out of the twilight of sedation. 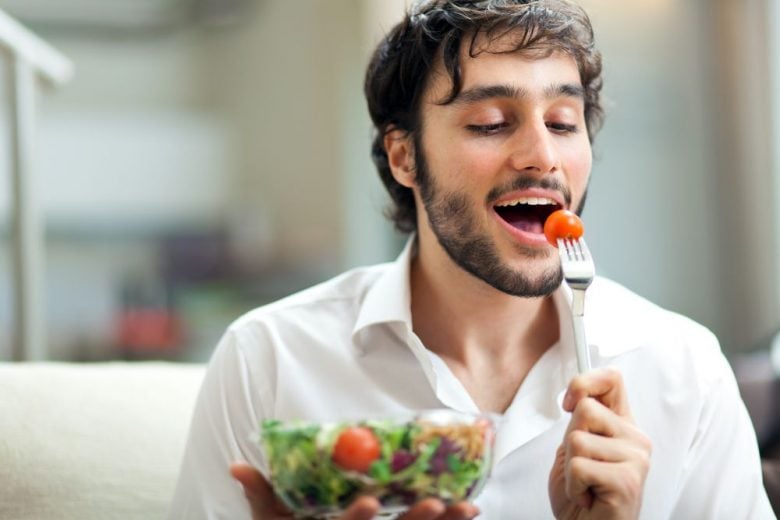 You may have heard that colon cancer rates are increasing in people who are theoretically too young to need a colonoscopy – the youngest Gen Xers and Millennials. Much of this is related to sedentary lifestyle, obesity, alcohol overconsumption, smoking, and high-fat, low-fiber diets. Nobody says you have to go vegan, but it wouldn’t kill you to eat some salad and move more. In fact, the opposite might be true. 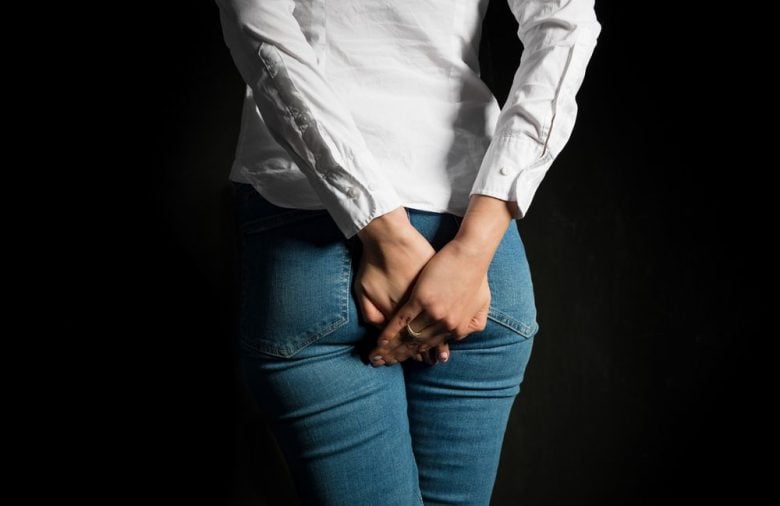 During a colonoscopy, air or carbon dioxide is pumped into the colon to allow the doctor the best chance to visualize polyps. It’s called “insufflation.” That stuff has to go somewhere, and I learned that it gets out the way it got in.

For a while, I felt like the Boston Philharmonic was occupying my lower colon: I alternately sounded like a tuba and a French horn while ex-sufflating that insufflation. Again, buddy selection is key – pick someone who won’t mock the flatulence that may accompany your colonoscopy.

There’s no substitute for the real thing 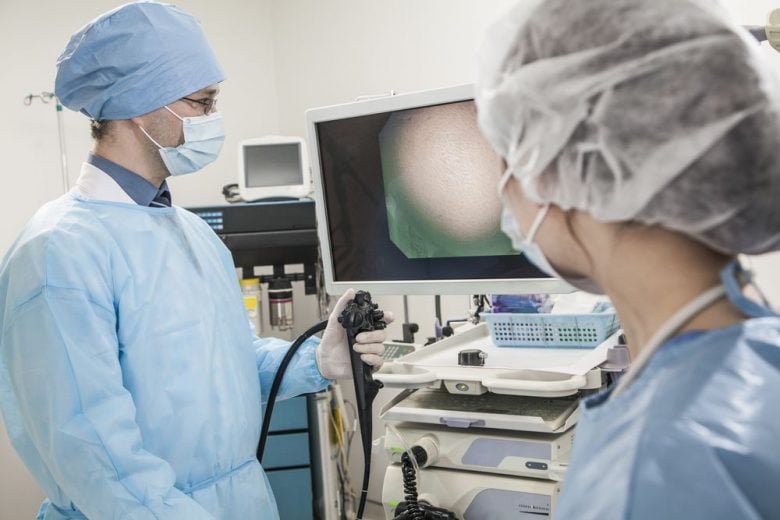 If you’ve put off your colonoscopy, I hope I’ve moved you toward scheduling your procedure. And remember, your mama was right…everything turns out OK in the end. 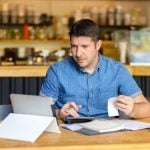 Previous Story:
These Americans are most likely to cheat on their taxes 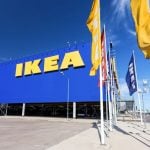 Next Story:
How to save money when shopping at IKEA

About the Author / Laurie Barker James