Gunfire at US schools on the rise. Here’s what we know

The fatal shooting of 19 elementary school students and two adults in Uvalde, Texas, triggered an outpouring of grief, but also anger across the United States. Ten years after the shooting at Sandy Hook Elementary, the nation and the world is once again grappling with the brutal death of young children targeted at their school and how attacks like this can continue to happen.

President Joe Biden delivered an address May 24, calling upon the nation to stand up to the gun lobby, but without mentioning specific legislation that Congress could act upon, as noted by The New York Times. 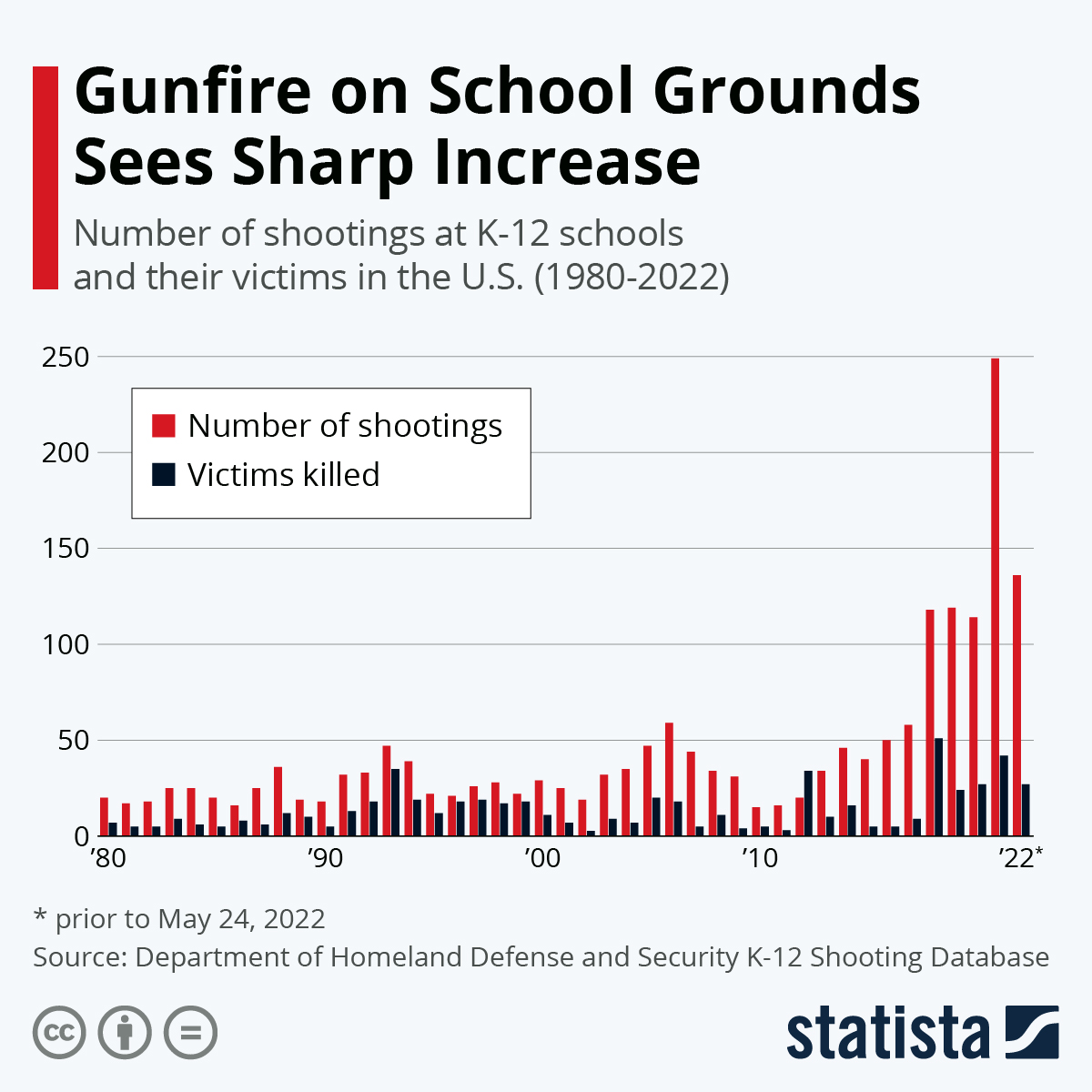 The shooter, himself a student at a local high school, was killed by police. He legally purchased two AR-15 style rifles and ammunition in the days after his 18th birthday, which was earlier this month. Uvalde, around 80 miles from San Antonio, is a community of 15,000 people, of which almost 82 percent are Latino.

While active shooter events at schools, like the one in Uvalde, are rare, Center of Homeland Defense and Security data shows that incidents of gunfire on U.S. school grounds in all circumstances have sharply increased in numbers recently.

Active shooter incidents, however, remain the deadliest, and the high death tolls of the shootings at Sandy Hook (2012) and Parkland (2018) are starkly visible in the data.

In the U.S. as a whole, the rate of gun-related homicides ticked up by 35 percent in 2020. The same year, gunshots became the leading cause of death in U.S. children and teenagers, again, the majority of these being homicides. Firearm background checks, often used as an indicator for gun sales trends, also ticked up sharply at the onset of the pandemic.

America’s most stressed-out state may surprise you

Previous Story:
Is a multi-family home a good investment for you?
Next Story:
15 healthy recipes for your summer grill