If the citizens of the world lived like those of the United States, the resources of more than five full planets would be needed to satisfy the global need for resources every year.

This data is highlighted annually by the NGO Global Footprint Network, which also publicizes the date on which all humans on Earth have collectively used up more natural resources than mother nature can reproduce in a year. The so-called Earth Overshoot Day falls on July 28 this year — one day earlier than in 2021 and 2019. In 2020, the date of Earth Overshoot Day moved back to August 22 due to the coronavirus pandemic. 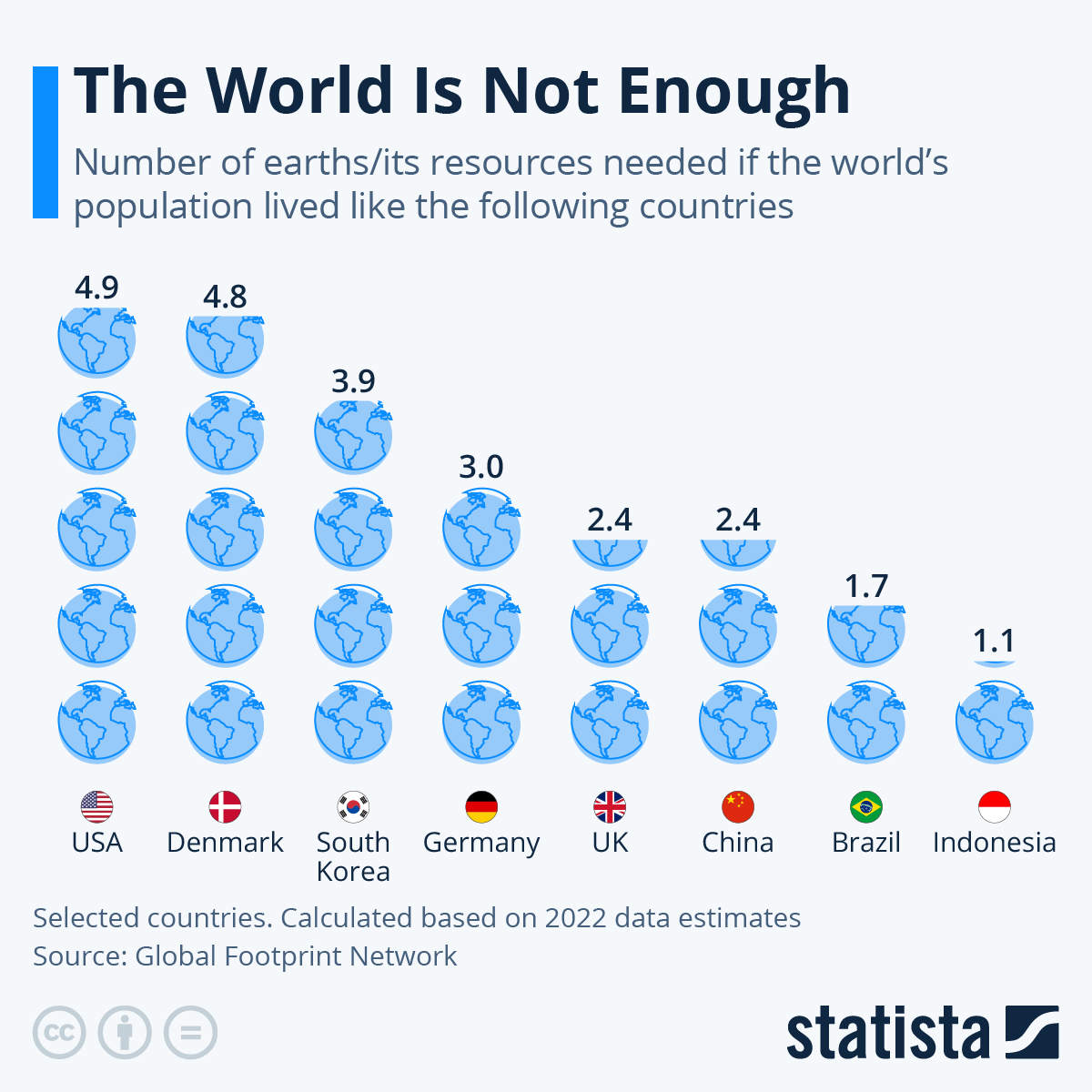 Industrialized nations have the biggest share in pushing the date forward. Qatar, Luxembourg and Bahrain are actually even bigger offenders than the U.S. The lifestyle in these countries would use up between 5.2 and 9.0 Earths if the whole world lived it, but because of the small size of their populations, they actually have less of an influence on global resource depletion than bigger developed countries like the U.S.

Other major industrialized nations in Europe and Asia would use between 2.6 and four Earths if their lifestyle was universal. Chinese living standards meant 2.4 Earths would be used up. Indonesians, with a local Earth Overshoot Day on Dec 3, 2022, were about on track of using up exactly the resources allotted to Earth’s citizens.

People in several countries also used up less than their allotment of resources, for example in India, where the equivalent of 0.8 Earths were used annually.

Emissions, but also the use of resources like wood, fish and land for crops are among the things counted in when calculating Earth Overshoot Day.

How to invest with the environment in mind

Previous Story:
The stocks that US politicians bought this year
Next Story:
How to write a will in just 8 steps