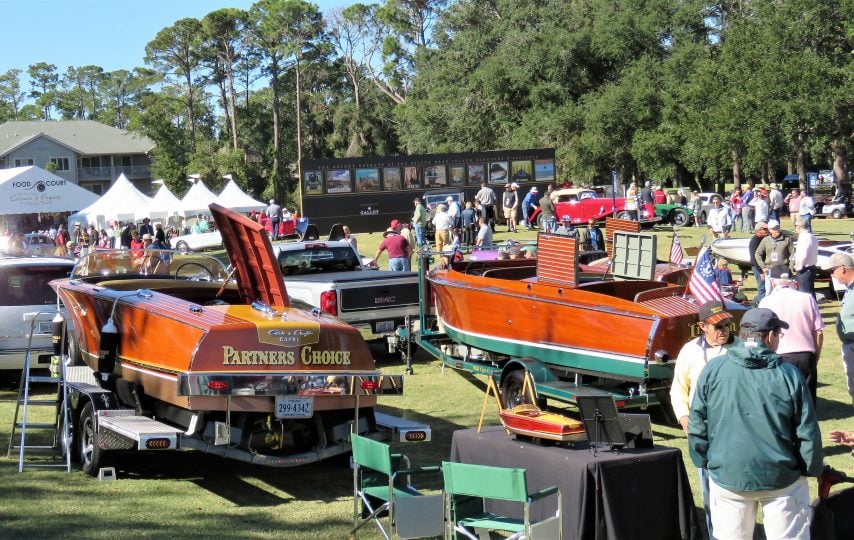 The long-forecast rain finally arrived Sunday afternoon, shortening the awards ceremonies at the Hilton Head Island Concours d’Elegance in South Carolina. The weather had little effect on the upbeat conclusion of this special collector car event.

Concours president Carolyn Vanagel’s perennially cheerful grin was undiminished by the cloudburst as she celebrated another well-attended weekend of splendid classic automobiles, boats and aircraft held in a relaxed atmosphere of Southern hospitality.

In its 17th year, the Hilton Head concours has taken its place among some of the nation’s top automotive events. It’s a notch lower than the Pebble Beach and Amelia Island concours, but has its own special blend of prestige and accessibility. 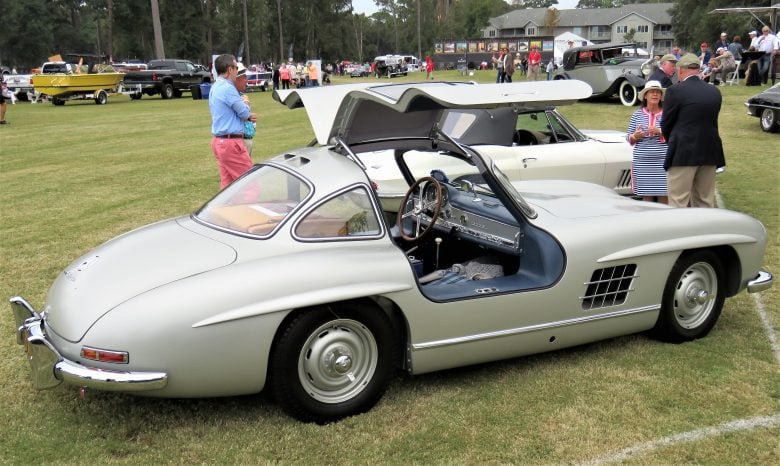 “I think a lot of what we have done is develop our own Hilton Head model,” Vanagel said in a recent interview with ClassicCars.com. “Last year, we had 12 different concours (organizers) attending our event to see what was so special about Hilton Head.”

Vanagel explained how all of the pieces came together for this far-flung event, which has risen as far as the final major U.S. concours.

The festivities began a weekend earlier with the Savannah Speed Classic, a series of vintage sports car races held just across the state line in Georgia. This year, the Speed Classic was dedicated to early race cars as the event celebrated the 110th anniversary of Savannah hosting the first grand prix race in the U.S.

The concours weekend is also a full slate of events that, along with the Savannah racing, is organized under the Motoring Festival banner. It starts Friday with the Aero Expo Exhibit, a wings and wheels affair with vintage aircraft joining the classic cars at the Hilton Head airport. 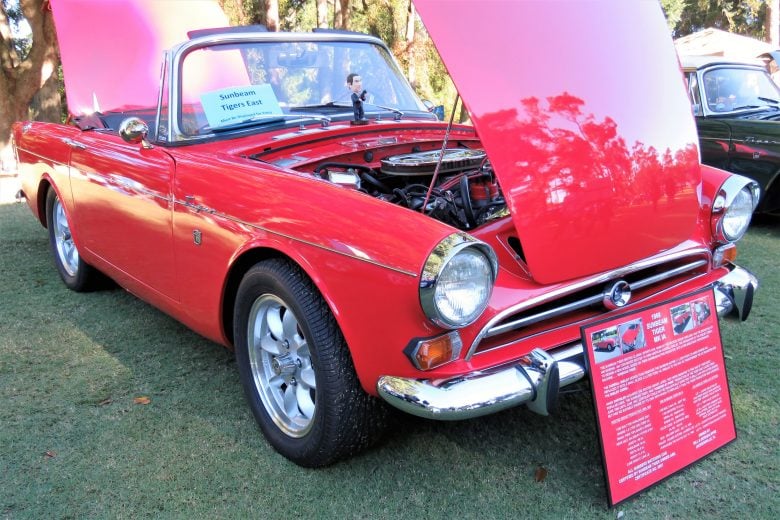 On Saturday, the concours fairways are filled with the Car Club Showcase, an impressive show where national and local car clubs gather some of their best offerings. More than 10,000 spectators attend.

Among those clubs taking part are the Classic BMW Club, the Porsche Club of America, the Lowcountry Oyster & Motorcar Driving Society, the Heart of Georgia Corvair Club and the Peachtree Cadillac LaSalle Club. British sports cars with American V8s were featured this year, with a large turnout from the national clubs of Allard and Sunbeam Tiger owners.

Vanagel said that it takes a small army of dedicated staff and volunteers to pull these events off. She emphasized that the Car Club Showcase is nothing like a casual cruise-in, but rather is a highly organized show with various clubs competing for space. There’s also a rolling annual schedule of automotive entries.

That distinction is crucial in maintaining Hilton Head’s status as a high-caliber automotive weekend, she said. 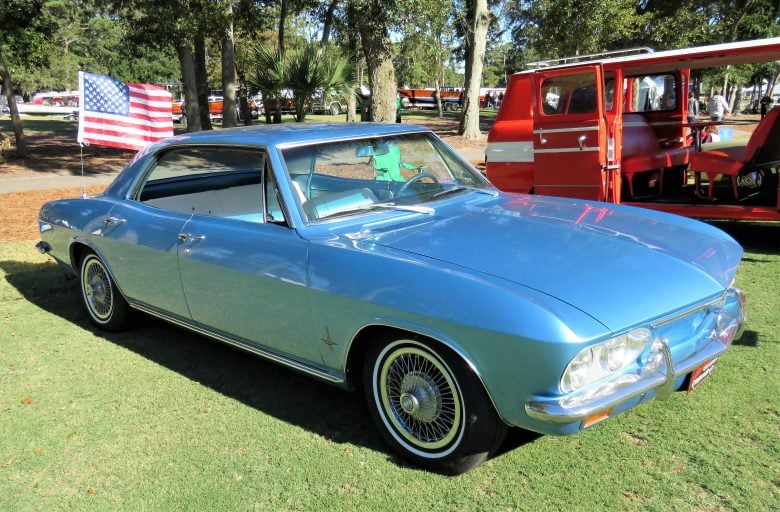 “So,” she added, “we starting out with our Saturday Car Club Showcase as a paid event that emphasized the quality of the car clubs. From the very beginning, it was not a cars and coffee, ever. It was always that every car that is on the show field is the best of the best.”

“The car clubs are vying to be invited now,” she said. “They are allowed to select their top 10. The cars have to change out every three years, so you’re never seeing the same things over a three-year period.”

The public has been very responsive to the back-to-back shows, she added.

Pictured: Vintage selection from the Heart of Georgia Corvair Club 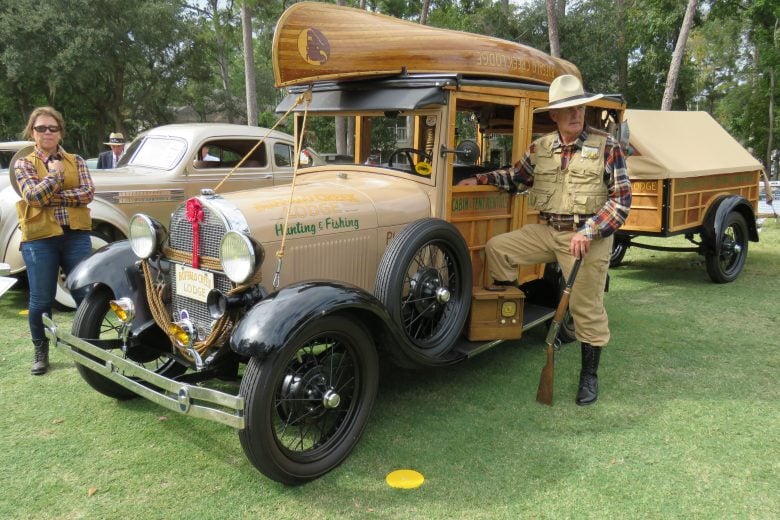 “What’s interesting is that we sell more two-day tickets (for both the car club show and the concours) than anything else,” she added.

Partnering with the racing organization that conducts the Savannah Speed Classic, the Motor Festival brings everything under one roof for organization, promotion and hospitality, Vanagel added.

“It’s under the Motoring Festival umbrella with the concours being the signature event,” she said. “It’s pretty complex what we’re dealing with.”

“Rather than having separate organizations holding their events around our events, we made it all part of our event.”

Vanagel started with the concours 15 years ago, working part-time as an advertising manager after leaving a corporate career and moving to South Carolina. Gregarious and energetic, she soon found herself in a leadership position, helping to mold the future of the concours. The event was started by a group of local car enthusiasts as a fundraiser for the Hilton Head Symphony Orchestra.

In doing so, she was able to draw on past experience with a different sort of horsepower – she was a competitive horseback rider – and was able to apply her experiences with those high-level events to what was needed to advance the concours.

“I saw the opportunity with this event 15 years ago,” Vanagel said. “I like cars aesthetically, but I’m more of an event person than a car person.”

“When I first came, it was just a car display, so we added in all these different elements of art, of shopping,” she said. “A lot of it related to cars, but people would come in and have something else to do. It’s part of creating a destination. That really works.” 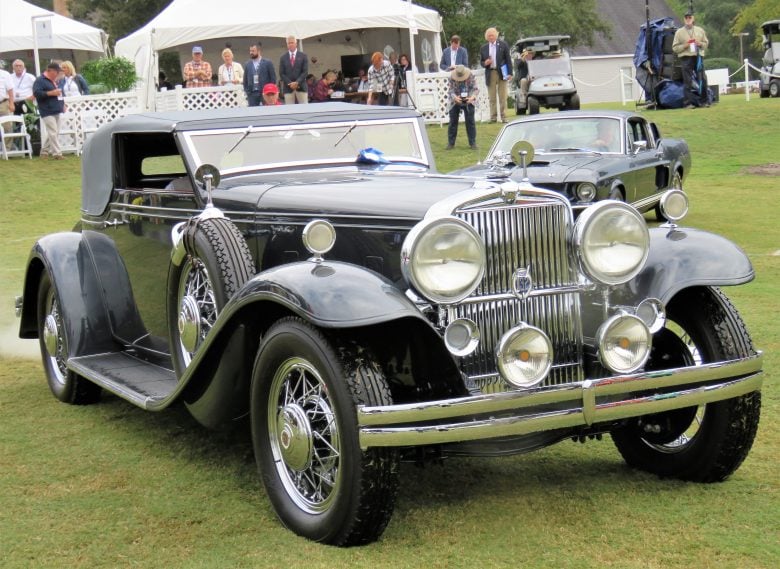 The tagline for the Hilton Head concours is “Art Moves”, which speaks to the focus on car design and beauty rather than pure performance. The classic automobile as artwork concept has broad appeal that attracts people who otherwise might not be interested in a car show.

“So that is a motivator for me, which is creating and looking at pieces of art, and a lot of our marketing campaign is around that,” she said. “People are getting it, and it resonates with them. They are coming even though they, in some cases, have never been to an event like this.”

“It’s interesting how many people are coming for the aesthetics of cars, the lifestyle traveler,” she added. “The whole “Art Moves” concept resonates not only with gear heads, but with the broader audience. That’s something we’ve really worked at.”

Another piece of the puzzle was attracting high-end car collectors who had fantastic vehicles that would be acceptable at such concours as Pebble Beach and Amelia Island, she said. The most recent selection of Hilton Head cars showcases the success of that outreach. Part of that effort was to create the annual Pinnacle Collectors award for the highest level of classic car enthusiasts. 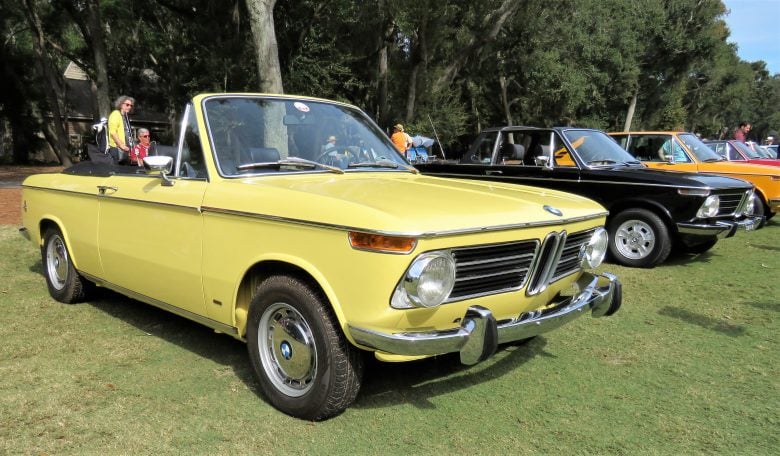 “We created that Pinnacle award in order to attract collectors who would never consider or who have never been to Hilton Head,” Vanagel said, listing renowned collectors who have taken part in the Hilton Head concours. These individuals include noted Los Angeles collectors Peter and Merle Mullin, Joseph Cassini (whose spectacular 1931 Stutz LeBaron convertible won Best of Show) and Miles Collier.

Those top classic car entries also speak to the aesthetic side of collector cars, such as the three stunning pre-war, French-coachbuilt beauties brought by the Mullins, who were honored this year as 2018 Pinnacle Collectors.

“How do you get that translated? When you see that Delahaye sitting out there, anyone would say, it’s stunning, it’s a piece of sculpture,” she added.

At the same time, though, the concours seeks to maintain its diversity and accessibility with a broad range of vehicle types and values designed to appeal to all comers. The committed hobbyist or enthusiast restorer is offered an opportunity to show his or her pride and joy at a prestigious concours d’elegance along with the big guns of the collector car world. 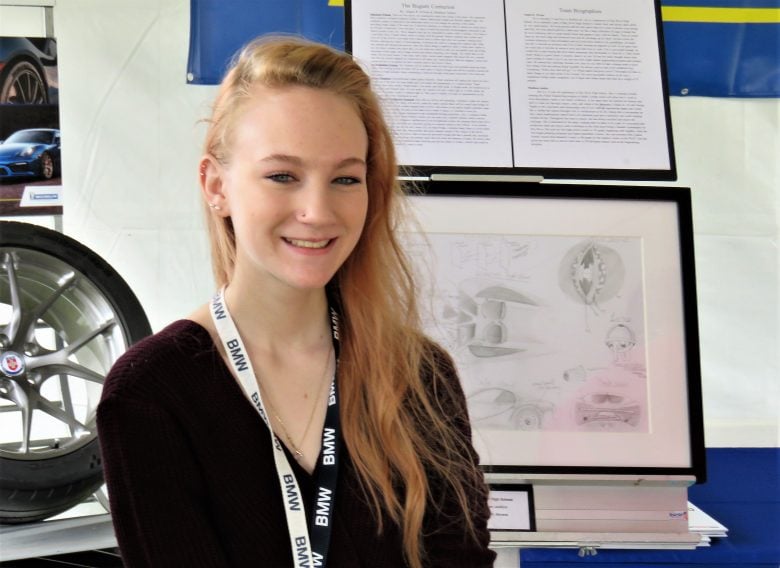 “The charity is really catching on, which is terrific,” Vanagel said. “It has a two-pronged mission. First, to support the youth organizations that provide volunteers for our event. One of the groups is the Boys and Girls Club, and Special Olympics.”

“The other side is, we give scholarships to kids who have an interest in the automobile industry,” Vanagel said. “It goes all the way down to the secondary education level.”

Vanagel noted that Volvo and Michelin are among those corporations involved with the designer aspect of Driving Young America. For the second year, Michelin presented its Junior Design Challenge Program (part of its global Design Challenge) to kids for their automotive designs.

“This year’s theme was Concours 2040, their vision of what car in the future will be a collector car,” Vanagel said. 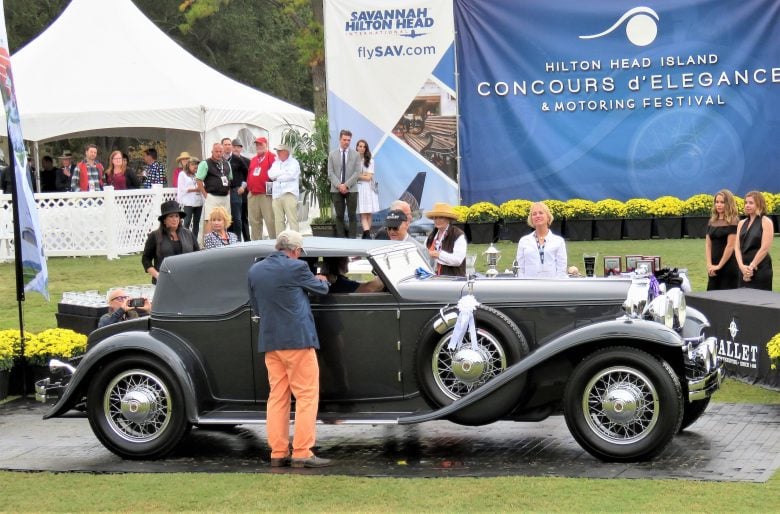 Although she admits that she’s not entirely a car person, Vanagel has been struck by the enthusiasm that collector cars generate as she keeps an aesthetic eye on her favorites. More than anything, though, her focus is on the quality of the Hilton Head weekend and how it affects people.

“What motivates me is creating an event in which people will walk away with a smile on their faces,” she said. “I’m very much strategically looking at how people come in and one of the first things that they say is, ‘I had no idea’.” 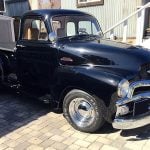 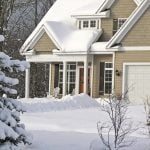 Next Story:
15 ways to protect your home (& yourself) this winter