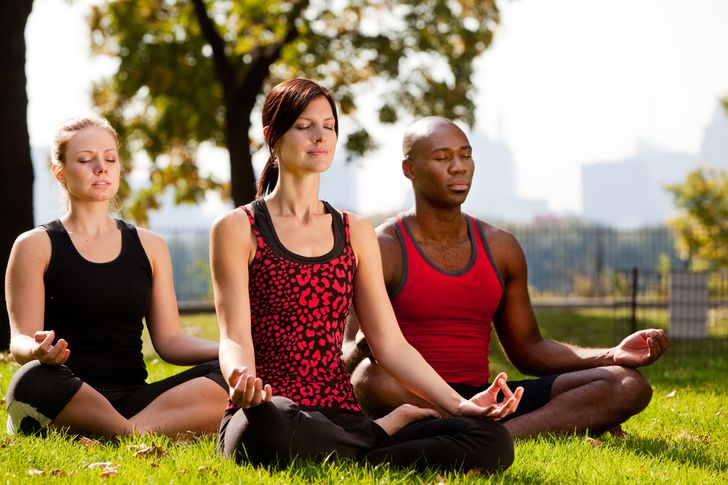 Mindfulness is having a moment. A psychological practice in which the user develops the skill of bringing his or her full attention to the present moment, mindfulness has roots in Buddhism.

Not that it’s new to the West. It’s been applied here in clinical psychiatric settings since the 1970s.

Over the past few years, perhaps due to our increasingly connected and distracted world, mindfulness has been thrust back into the spotlight. Wellness experts, authors, and apps all promise you a calmer, more focused state of mind if you’d all just be a little more, well, mindful.

It’s not just hype. Scientific evidence supports its efficacy in creating a host of psychological benefits as well as an overall sense of well-being in people.

Here’s what you need to know about mindfulness, its benefits, and its risks. Also, should you decide to give it a try, some steps you can take to get started.

According to Douglas Baker, a counselor and meditation instructor in Cambridge, Mass., many people respond to a stressful moment in their day by creating more stress for themselves. Mindfulness, Baker says, helps to stop that cycle.

“You get stuck in traffic on your way to an important meeting,” Baker says. “That’s painful, there’s inherent suffering in that.”

The problem is that we then add to the suffering. If you look at suffering in “units,” you can assume that getting stuck in traffic is equivalent to, say, twenty units of suffering.

But blaming yourselves or others for getting stuck in traffic—“it’s my fault! Actually, it’s all these other idiots’ fault!”—creates a swarm of negative thoughts. Sitting and stewing with these thoughts in our car now adds an extra one hundred units of stress to the whole experience.

“That extra hundred is optional,” says Baker. “Nobody wants to be late. But we don’t have to add those extra parts.”

The terms “mindfulness” and “meditation” have sometimes been used interchangeably, but there are differences, says Moria Joy Smoski, an associate professor in psychiatry and behavioral sciences at Duke University.

“Mindfulness is basically paying attention to what’s present, setting aside the narrative or story or judgment about what we’re noticing,” says Smoski. “That’s something we can do any moment of the day. It doesn’t take anything special. You don’t need bells or cushions for that.”

Take a moment. Stop. Pay attention. Notice what’s there, and notice when our mind is trying to pull us into stories. Those are the mindfulness essentials.

Meditation, meanwhile, is when you’re engaged in a mental exercise—such as breathing in a controlled way or repeating a mantra—designed to bring you to a heightened state of consciousness. You can be mindful during meditation; mindful of your breath, mindful of the noises you hear around you, mindful of the thoughts that arise as you sit with your eyes closed.

Think of it as performing a set of bicep curls, but for your mind.

“Meditation practice is sort of like going to the gym so that you are stronger, more flexible, and have more endurance in your everyday life,” says Smoski.

Many people, when first starting out with mindfulness or meditation, think it means they have to be okay with every bad thing that happens to them. That a mindfulness practice will lead to a passivity that will stop the forward momentum in their lives, or make them more susceptible to being taken advantage of by others.

Not so, says Baker.

“It’s not implying passivity as a life path,” he says. “We just try to cut down on our unhelpful reactions.”

Another way to say it: “We come to understand when we’re trying to control things that we don’t really control.”

From research, we know that people who start a course of mindful practice generally report that they’re better able to manage their emotions.

“They find themselves feeling less anxious, less depressed, and are also more likely to use other effective forms of emotion regulation,” Smoski says.

The more we can be present with emotional experiences, the more flexibility—and clarity—we have in choosing how to act.

Smoski mostly treats adults over 50. Overall, she says, there isn’t anything too special about older people and mindfulness: it works just as well with younger people as it does with those middle-aged and older.

And that can be reassuring to her patients.

The great thing, however, Smoski says, is that mindfulness can be beneficial to you no matter your age.

Miguel Farias, the co-author of “The Buddha Pill: Can Meditation Change You?,”

says being older might actually be advantageous to your practice.

“As we get older, we are usually more contemplative and less restless,” says Farias. “So it’s actually more ‘natural’ and easier to meditate when one is older.”

Some of the best preventions for dementia and other ills include exercising, eating right and getting to bed at a regular hour.

Smoski would add to that: “spend some time attending to your emotions.’’

“I think mindfulness fits into that general healthy lifestyle,” she says.

And for those who feel like they’re having memory slips, mindfulness does seem to slow cognitive decline. According to Smoski, groups of people in this category see improvements in cognition if they go to the “attention gym.”

“Folks who do mindfulness exercises, if you retest them six months down the road,” she says, “do a little better cognitively than folks who don’t do the exercises.”

Smoski recommends a guided class in MBSR, or mindfulness-based stress reduction. A guided class can help set the foundation for your practice — sort of like jump-starting a fitness regimen with a personal trainer, or a group aerobics class.

If classes or one-on-one consultations aren’t an option, there are online tools you can use.

The use of apps like Headspace and Calm have also become more popular.

“Apps are really helpful for reminding you to keep practicing,” says Smoski.

Sitting still for five minutes—or even one minute—is a really difficult thing for many of us to do. Particularly when we’ve been programmed to just be going, going, going, all day.

Baker says the key is not to judge yourself when you start, and to set benchmarks you’ll actually hit.

“Make your goals modest and really achievable,” he says. “Say, ‘maybe I can sit and do this funny little thing for a minute, and let me call that a success.’ Or maybe you want to go for five minutes.”

Meditating for 30 minutes straight isn’t feasible for most people in the beginning. So don’t go crazy with your initial goals.

“Don’t expect yourself to be free from your thoughts,” Baker says. “That’s one of the myths. Don’t judge your experience if you’re flooded with thoughts. We’re training the mind to slowly be more focused.”

Even most experienced meditators don’t hang out in a thoughtless place for an extended amount of time. And, to be clear, that’s not even necessarily the goal: The goal is to change how you react to experiences, to cut down on suffering, and to make your reactions more positive.

A word of caution

A small number of people have negative reactions to mindfulness, says Baker.

“It’s a little like the warning label on a medication,” says Baker, “‘If you get bleeding from your ears and your eyes, call your doctor.’”

“For many people meditation is a form of relaxation,” says Farias. “They usually find it hard to focus at first but gradually find the experience relaxing — many people fall asleep.”

But for others, he says, it’s not enjoyable at all. They find it hard to be quiet or become more anxious or depressed, or some emotions or thoughts may overwhelm them.

Some form of discomfort for mindfulness beginners is to be expected. But if the discomfort becomes too much—to the point that it’s unmanageable—stop and talk to your primary care physician or a mental health professional.

You could see results quickly

The timeline will vary for person to person, and getting too wrapped up in results can hurt your practice. But many people see changes in a month or two.

“We definitely see measurable improvements in folks who do these standard 8-week mindfulness classes,” says Smoski.

“Certainly in a month or two, people will start seeing improvements.”

For someone who’s doing exercises on their own, and not in a one-on-one or group setting, it can be harder to tell. But if you’re struggling (to the point that it’s still manageable), it’s a good sign that you’re making progress.

But just because you’re seeing improvements doesn’t mean it’s time to stop. Like going to the gym, mindfulness is not a “once and you’re done” situation. You have to maintain your practice to continue to see results, just like you have to eat right and exercise regularly to maintain a healthy body.

A tool in the toolbox

What really matters about a mindfulness practice, Baker says, is whether or not it seems helpful for you.

“Check your own experience,” says Baker. “Don’t blindly follow some teacher. It’s got to work for you on some common sense level.”

And although mindfulness can be valuable to your overall wellness, it’s not a silver bullet. Rather, it’s one of many useful tools you can use to stay strong.

“There are lots of pathways to health and well-being,” says Smoski. “This is one of them.” 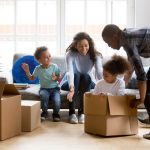 Previous Story:
The states with the most & fewest foreclosures 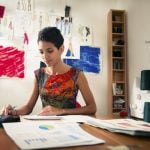 Next Story:
12 tips to lower your small business overhead costs

About the Author / Dan Fogarty