How to travel around the world for $20 a day 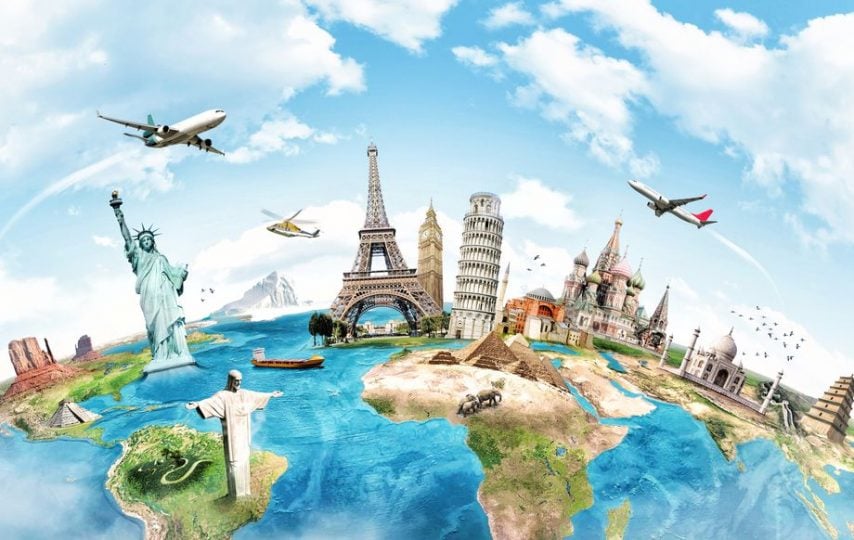 It was just after college that I bought a $2,000 ticket to travel around the world that allowed for stops in Central America, South America, New Zealand, Australia, South-East Asia, and India. There were 13 stops in total – with some ground travel, which allowed me to visit 20 countries. For example, I would land in Mexico City and travel by road to Panama for my next flight, passing through Guatemala, Honduras, Nicaragua, and Costa Rica. 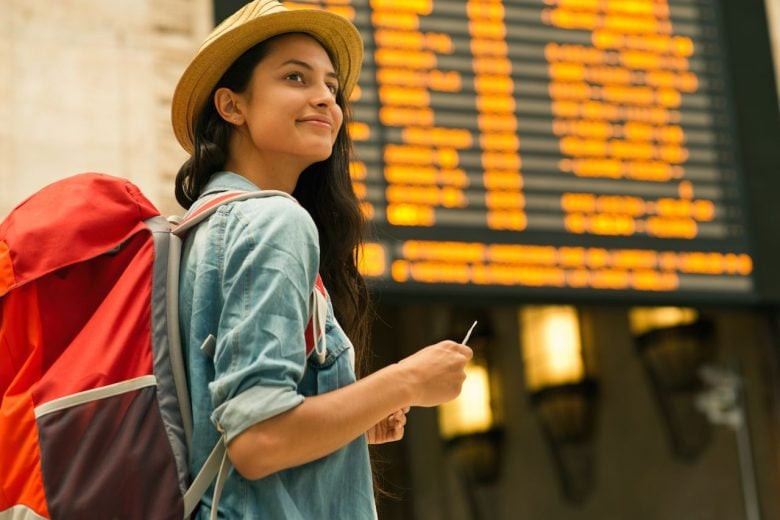 My starting budget to travel around the world was a tight $10 a day – not a lot, even back in 2003. But I was young, and so eager to see the world that everything seemed doable.

I saved the money upfront – I was not about to compete with other backpackers willing to work for a dollar an hour during my trip.

First, I made a budget by country, based on how much other travelers were reporting. I purposefully avoided Europe and the U.S., which were too expensive. I kept New Zealand and Australia, as my around-the-world flight had stopovers there, and visiting such remote destinations at a later time would cost me thousands. After crunching the numbers, I hiked my daily budget to $20 to travel around the world.

Living on a strict budget 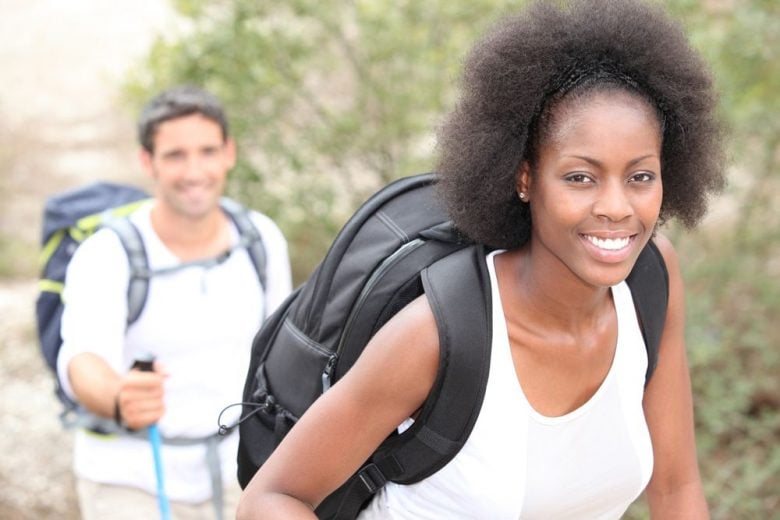 I saved big on food and drink, eating bread and avocados for lunch, a couple of fruits for breakfast, and pasta for dinner. While most backpackers were spending late nights drinking beer in bars, I went to bed early so that I could see the world the next day.

I got tired of hostels pretty quickly after sleepless nights around snoring people or on the bunk bed on top of a couple who… you get the picture.

So I camped out as much as possible. Basic camping gear is cheap and easy to pack. It can make the difference between great travel and miserable nights. I tried to get to a city early in the morning to see it by day, and get back to my cheap suburban accommodation come nighttime.

Travel hacks to save money 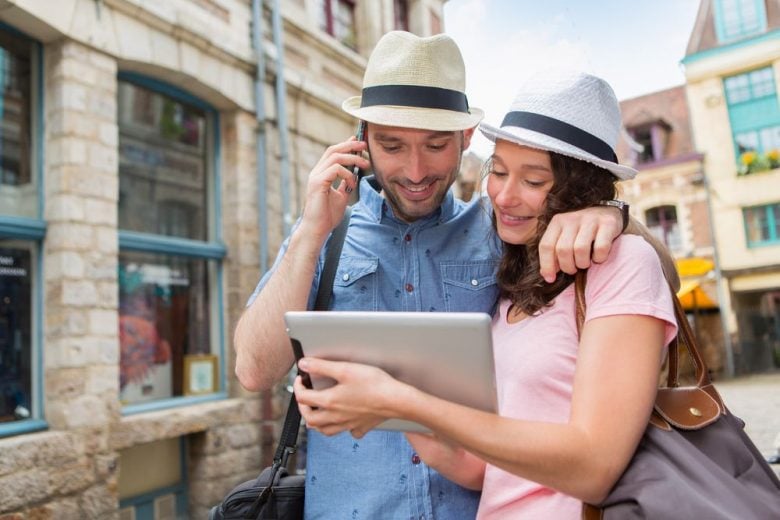 A $5 to $10 dorm once or twice a week was my norm in South America. The rest of the time, I was camping or sleeping at train stations or airports. Even night buses were a way to save on a hotel.

I also hitchhiked a lot. In fact, I hitchhiked almost all the way from Mexico City down to Santiago in Chile. I remember one guy in Peru who thought I was so broke that he wanted to leave me money to keep going. I strongly refused, but I welcomed the free bed. Or couch. People let me pitch my tent on schoolyards in Ecuador. I slept inside a truck in Australia, and in a tool shed in Bolivia.

In New Zealand, I got a ride from somebody who had just done some fishing. He wanted to take me to a burger joint, fearing I wouldn’t like his catch. That was the best seafood dinner I’d ever had.

Every time, people would see the gringa and tell me they didn’t think I would be comfortable, but I was so happy to just have a roof over my head, I didn’t care how primitive it was. Oh, and free laundry! I would wash my clothes in their sink – I don’t think I paid for a single load of laundry all year. I had hiking shirts that dry overnight.

Things got complicated in Asia, where I didn’t speak the language, but most basic hotels were $2 or so a night, and you could eat street food for under a dollar. That is $5 a day for a roof and three meals, leaving $5 for transport and visits.

Picking & choosing the opportunity to splurge 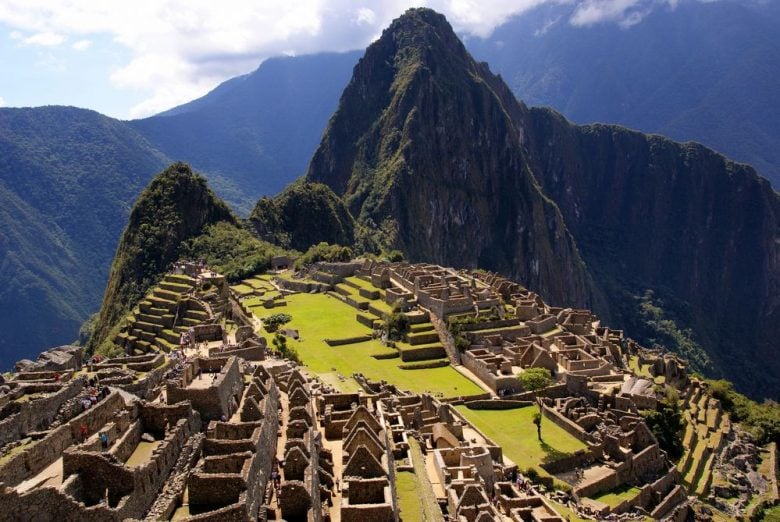 I kept money for impressive sites like Angor Wat or Machu Picchu, skipping dusty museums and boring monuments. Traveling for 12 months is like having a giant meal every day. After a while, you don’t appreciate the food so much. So to keep your sense of wonder, you have to limit what you see and do.

Twelve years later, I remember the main sights, but only have vague memories of the many secondary places I visited. I do remember that I gave India a miss, though it was on my flight path. I had caught a bug in Southeast Asia, and was turning back – like Alexander the Great – with a possible stopover in Kolkata. When told that it would cost me $60 for a visa, I decided to sleep the night in the airport till it was time for my flight. While you are on a campaign to conquer the world on a budget, you have to be a tough general. 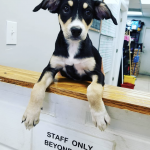 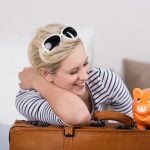 Next Story:
How to stay financially safe while traveling

About the Author / Pauline Paquin