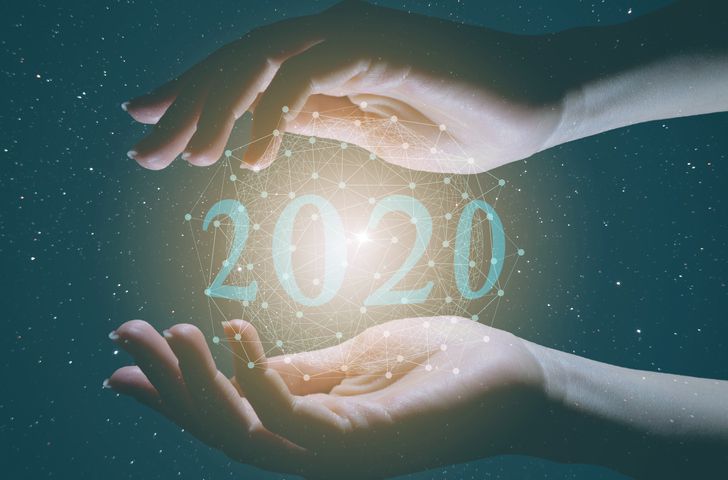 While self-driving cars have hit the roads and space tourism may not be too far behind, the world hardly looks like the flying car-filled world that sci-fi movies predicted for 2020. Nor does it much resemble the predictions that honest-to-goodness scientists and other learned individuals imagined in decades past. From ape chauffeurs to one-toed humans, here are some of the wildest predictions made about the year 2020.

1. Live-in apes will clean our houses and take care of the gardening 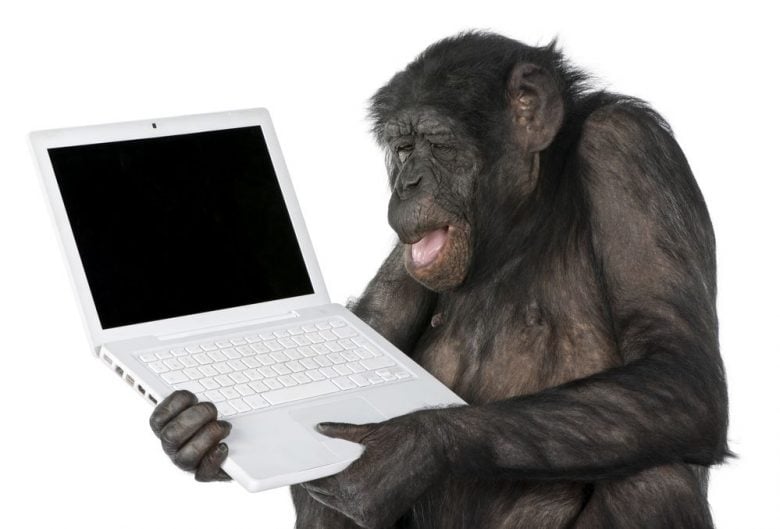 While the idea of having a live-in maid, let alone a personal gardener, is a luxury that few of us could even dream of, it was once believed that apes would fill these roles for families and would be a common sight in neighborhoods nationwide.

A 1967 newsletter from The Futurist published an article titled “Women and the Year 2000,” which predicted that: “By the year 2020, it may be possible to breed intelligent species of animals, such as apes, that will be capable of performing manual labor. During the 21st century, those houses that don’t have a robot in the broom closet could have a live-in ape to do the cleaning and gardening chores.” Your Roomba had better watch out!

2. Apes will make perfect chauffeurs (and could reduce the number of car accidents) 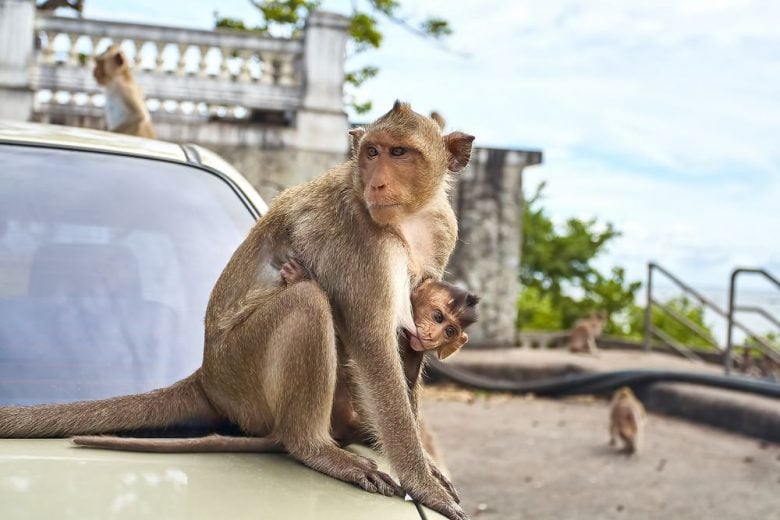 The same The Futurist article sure put a lot of faith in apes. In addition to assuming they could work a vacuum and tend to our rose gardens, it also suggested that the most highly-trained simians could work as chauffeurs, too — and even suggested that having “trained apes as family chauffeurs might decrease the number of automobile accidents.” The Futurist didn’t think much of human drivers.

3. Roadways will be replaced with pneumatic tubes 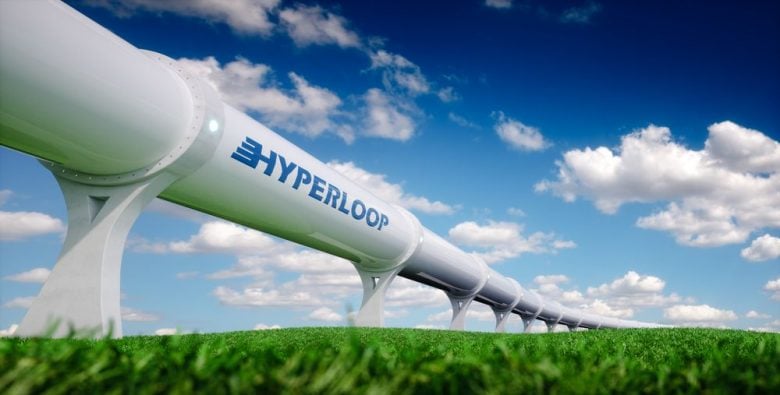 Speaking of cars: Maybe part of the reason apes would be able to drive us around is because roads would no longer exist. In 1957, Popular Mechanics published a series of predictions about 2020, including one that claimed “roads and streets will be replaced by a network of pneumatic tubes. Family vehicles will need only a small amount of mobile power, since they will only have to get from the owner’s home to a nearby tube. Then they will be pneumatically powered to any desired destination. Pneumatic pockets will completely eliminate the possibility of crashes.”

(Though it’s far from being a reality yet, Tesla and SpaceX’s hyperloop is a pretty close match for this prediction.)

4. We’ll all own personal helicopters 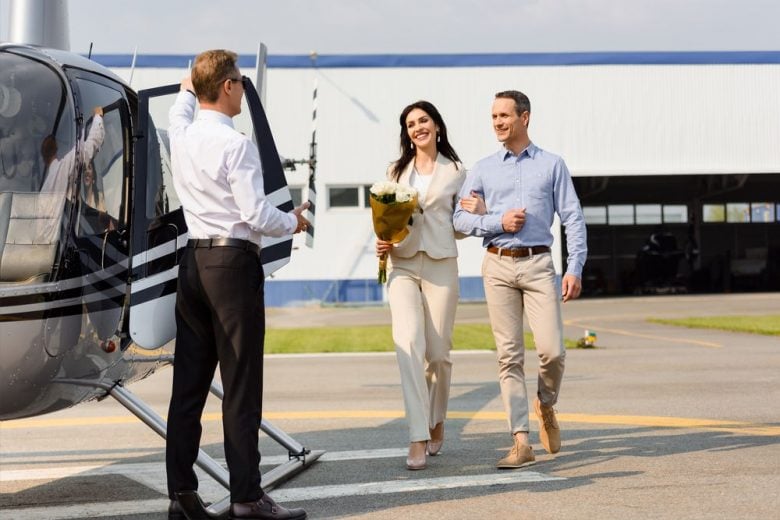 When it comes right down to it, we shouldn’t even need cars in 2020 — or ape chauffeurs. A 1951 issue of Popular Mechanics suggested that we’d all have our own personal helicopters.

“This simple, practical, foolproof personal helicopter coupe is big enough to carry two people and small enough to land on your lawn,” Thomas E. Stimson, Jr. wrote. “It has no carburetor to ice up, no ignition system to fall apart or misfire: instead, quiet, efficient ramjets keep the rotors moving, burning any kind of fuel from dime-a-gallon stove oil or kerosene up to aviation gasoline.” Best of all, it was priced around $5,000 — “one-fifth the cost of an ordinary helicopter.” Bargain alert!

5. No one will ever have to clear a dinner table again 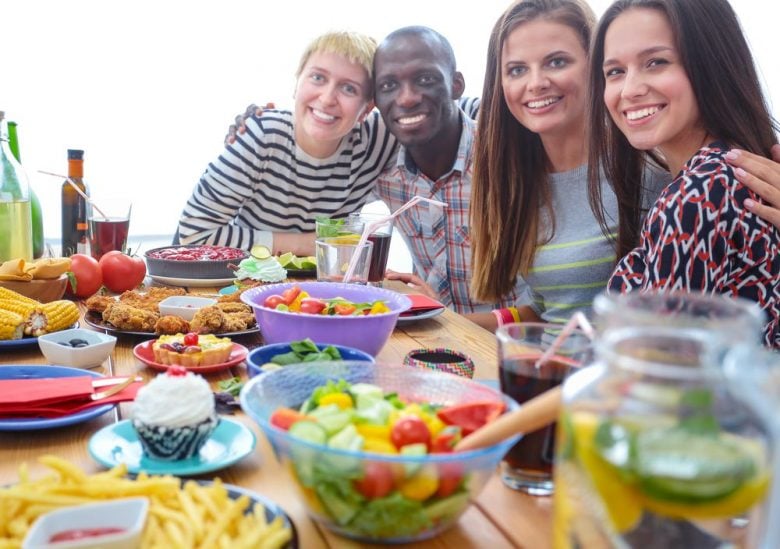 The same issue of Popular Mechanics predicted that dining room tables would become a sort of “smart” table capable of clearing themselves, noting: “Dining room tables will quietly swallow dishes after a meal and transfer them to a dishwasher, which will clean the dishes, dispose of garbage, stack and store eating utensils until the next mealtime.”

6. We’ll eat candy made of underwear 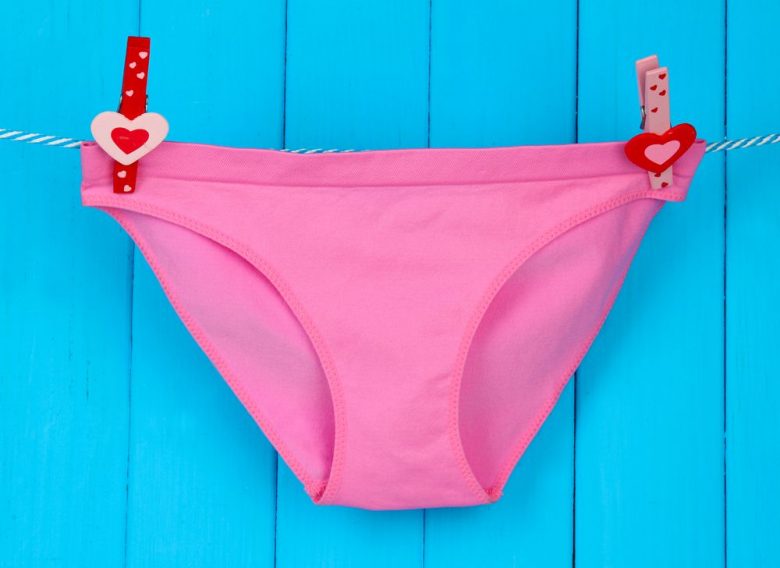 One of the oddest, and least appealing, prognostications came from The New York Times science editor Waldemar Kaempffert, who wrote an article for Popular Mechanics in which he had some rather strange predictions about our culinary future:

“Cooking as an art is only a memory in the minds of old people. A few die-hards still broil a chicken or roast a leg of lamb, but the experts have developed ways of deep-freezing partially baked cuts of meat. Even soup and milk are delivered in the form of frozen bricks.”

But that wasn’t even the grossest part of what Kaempffert saw in our culinary future. He also claimed that research would allow us to supplement our food supply and new and bizarre ways. “Thus sawdust and wood pulp are converted into sugary foods. Discarded paper table ‘linen’ and rayon underwear are bought by chemical factories to be converted into candy.” Any takers?

7. Investing in Apple would be a really dumb financial move 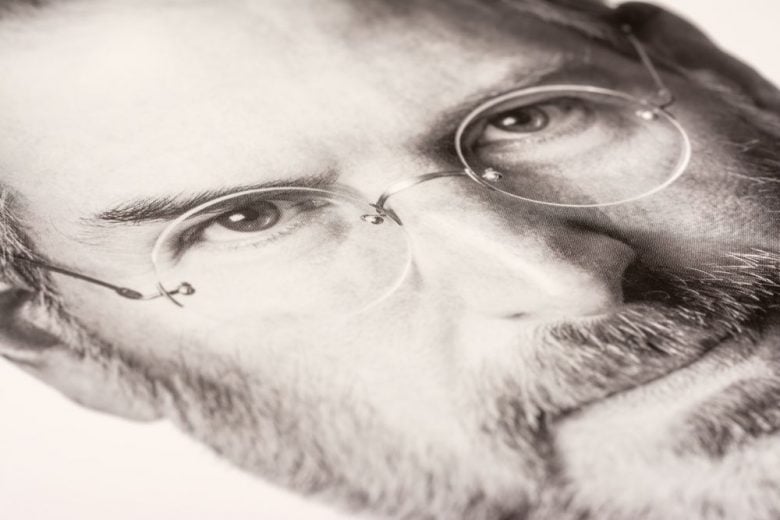 If you had invested $10,000 in Apple back in 1997, which is when Steve Jobs returned as CEO after being ousted from the company — which he co-founded — in 1985, that nest egg would be worth about $2.5 million today. But if you had told Dell CEO Michael Dell that at the time, he would have laughed right in your face.

At the time of Jobs’ return, Apple was in dire financial straits and could have very well been headed for bankruptcy. So when Dell was asked what he would do with Apple if he were in Jobs’ position, his response was blunt: “What would I do? I’d shut it down and give the money back to the shareholders.”

8. The American workweek will be 26 hours long 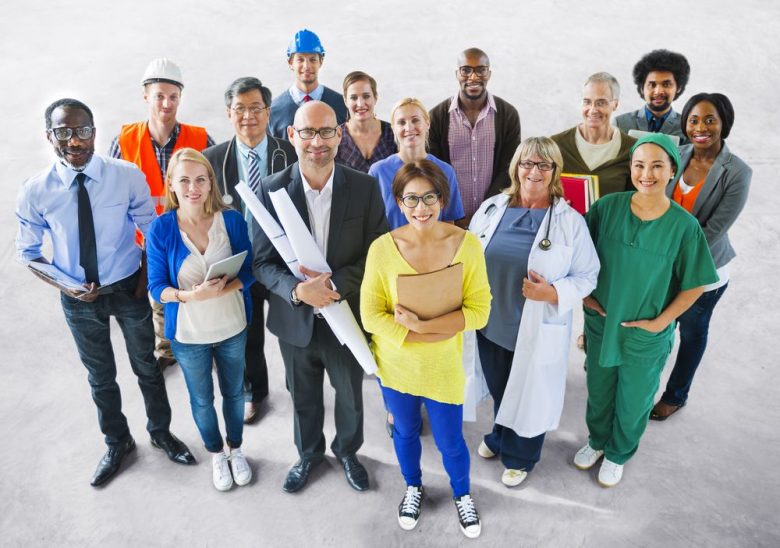 According to the most recent data from the Bureau of Labor Statistics, the average American works an average of 34.4 hours per week.

This might surprise those who feel like they spend at least twice that amount of time tethered to their desks each week, but that number would seem high to physicist Herman Kahn and futurist Anthony Wiener (no, not that Anthony Weiner). In 1968, the two predicted that Americans, who at that time were working an average of 37 hours per week, would see that number drop to 26 hours per week by 2020. Hey, there’s still time!

9. No one will really have to work at all anyway 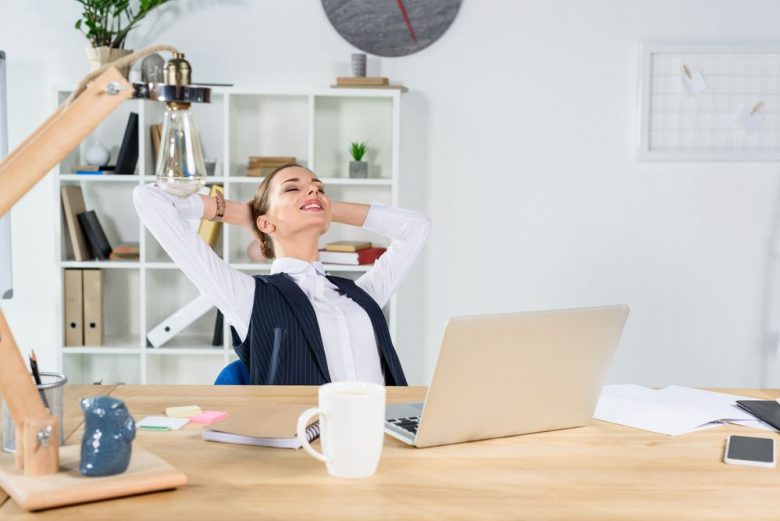 A 1966 article in TIME titled “The Futurists” basically said that because machines would be doing everything for us, no one would really need to work at all. “By 2000, the machines will be producing so much that everyone in the U.S. will, in effect, be independently wealthy,” the article read. “With government benefits, even nonworking families will have, by one estimate, an annual income of $30,000 to $40,000 (in 1966 dollars).”

That works out to be about $240,000 to $320,000 in today’s dollars for not working. Which is one prediction we’re looking forward to seeing happen. 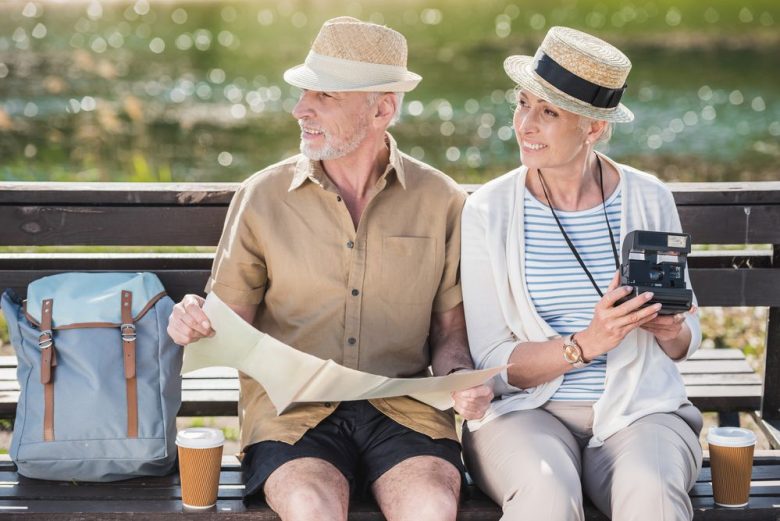 In 1999, futurist Ray Kurzweil published The Age of Spiritual Machines, a nonfiction tome about how technology would impact life in the 21st century. As AI, smart devices, and wearables increasingly work their way into our health care industry, Kurzweil wrote that “computerized health monitors built into watches, jewelry, and clothing which diagnose both acute and chronic health conditions are widely used. In addition to diagnosis, these monitors provide a range of remedial recommendations and interventions.”

He assumed that these computerized devices would lead the average life expectancy to rise to over 100 by 2020. Unfortunately (or fortunately), we’re not quite there: As of right now, the average U.S. life expectancy is 78.93 years, which is a .08 percent increase over 2019. At that rate, it will take quite a while to get up to 100.

11. Hearing and vision impairments won’t be a problem 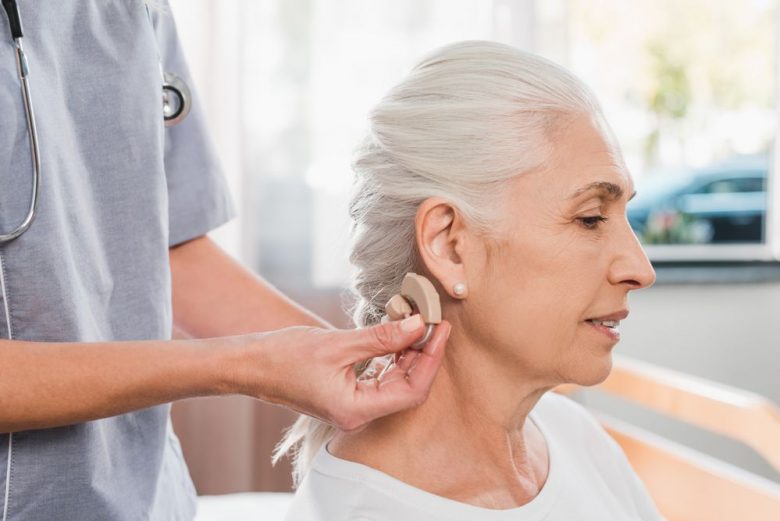 In 1957, Popular Mechanics reported that hearing and visual impairments wouldn’t be an issue for people by 2020, writing: “Ways will be found to transmit information to the brain in such a way that loss of sight and hearing will not restrict one’s activities in any way. And the senses of people with normally good vision and hearing will be strengthened; for instance, it will be possible to see in total darkness.”

12. Houses will fly and be able to relocate themselves 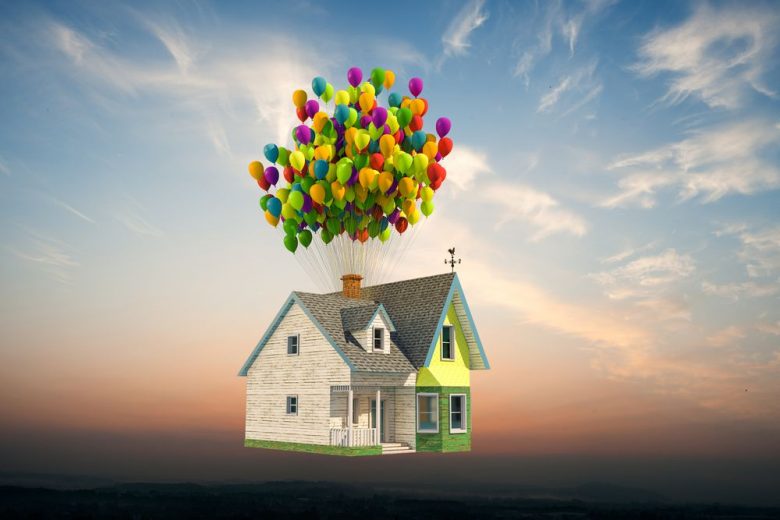 In 1966, noted futurist and 2001: A Space Odyssey author Arthur C. Clarke declared that “Houses will be able to fly by 2020.” Not only that, but if a homeowner decided they wanted to switch up a beach view with some mountain scenery, that would be pretty easy to do, too. “The time may come when whole communities may migrate south in the winter, or move to new lands whenever they feel the need for a change of scenery.” 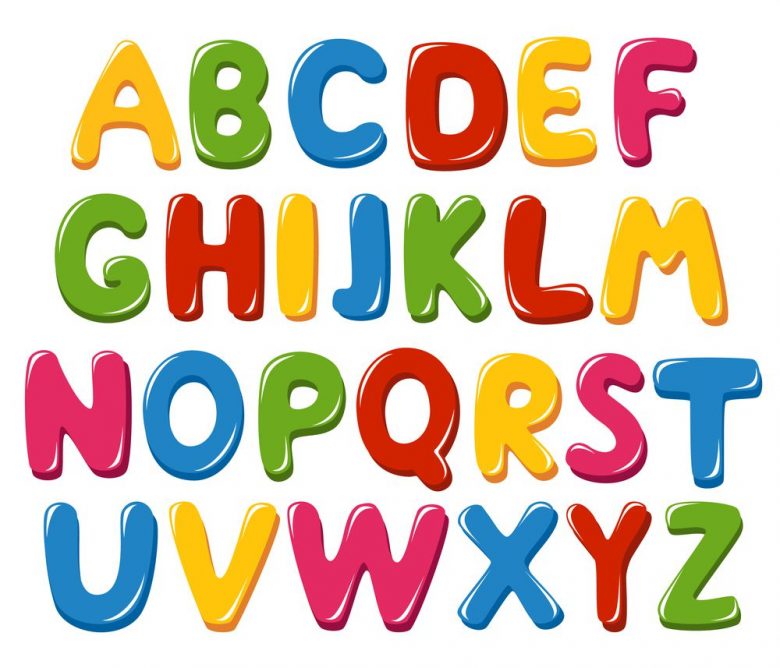 In 1900, to celebrate the turn of a new century, John Elfreth Watkins Jr., the curator of mechanical technology at the Smithsonian, wrote an article for Ladies’ Home Journal about “What May Happen in the Next 100 Years.” Among his guesses? That our alphabet would shrink by a few letters. “There will be no C, X, or Q in our everyday alphabet. They will be abandoned because [they’re] unnecessary.” Try telling Xerox that!

14. Humans will become a one-toed species 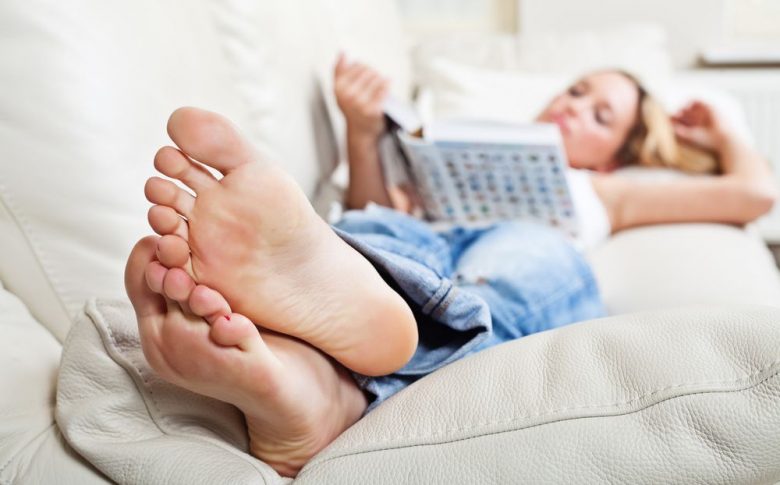 Dr. Richard Clement Lucas, a surgeon in the early 1900s, clearly didn’t have much respect for all 10 of the toes on our feet. In fact, he considered most of these digits rather superfluous. During a 1911 lecture at the Royal College of Surgeons of England, he shared his vision for the foot’s future: “Human beings in the future will become one-toed,” he said. “The small toes are being used less and less as time goes on, while the great toe is developing in an astonishing manner.” Ultimately, Lucas predicted, our outer toes would disappear altogether so that “man might become a one-toed race.”

15. No one will want to drink coffee or tea anymore 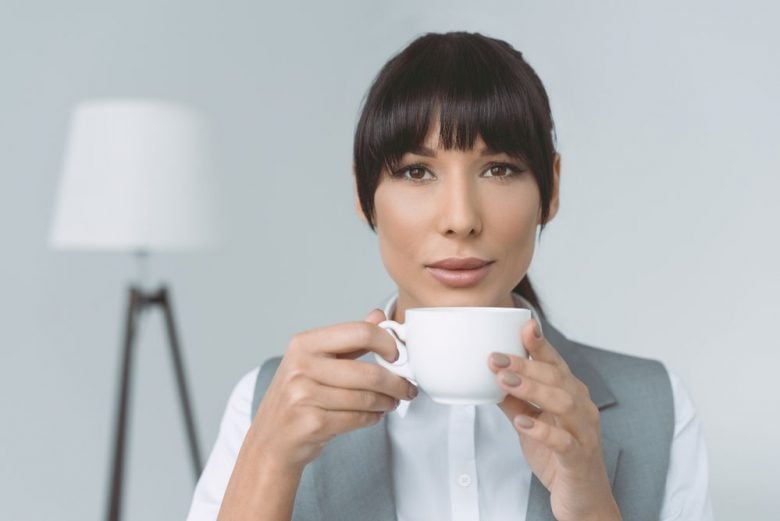 This silly prediction came from one of history’s greatest thinkers, Nikola Tesla, who in 1937 admitted that he was “convinced that within a century, coffee, tea, and tobacco will be no longer in vogue. Alcohol, however, will still be used. It is not a stimulant but a veritable elixir of life. The abolition of stimulants will not come about forcibly. It will simply be no longer fashionable to poison the system with harmful ingredients.” He may have been on to something with the tobacco, but coffee and tea? Nice try, Nikola! 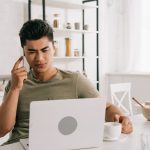 Previous Story:
38 places to find freelance jobs for all backgrounds 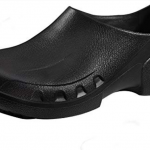 Next Story:
Here’s why clogs may not be your best footwear choice for the kitchen

About the Author / Claudia Lyman