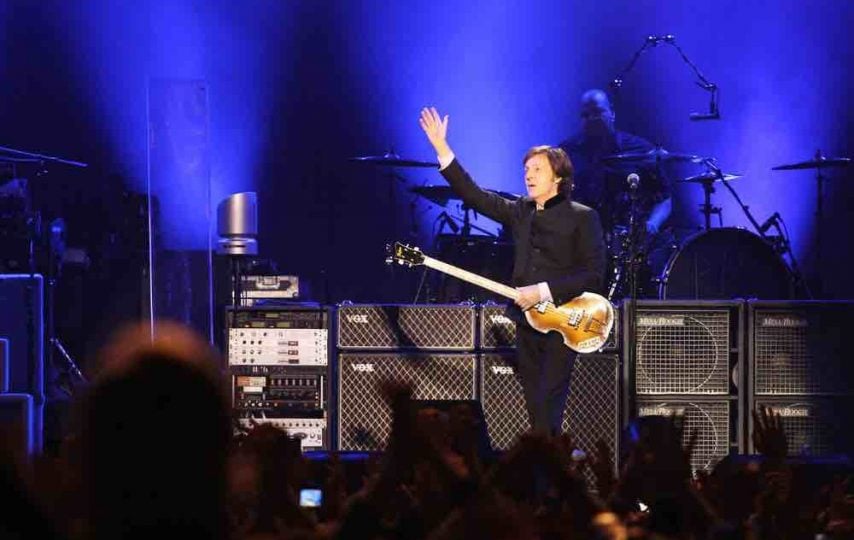 Paul McCartney and Michael Jackson are two of the most successful recording artists of all time, so when it was announced that they would be joining forces to write and record new songs, the music lovers of the world were understandably excited.

As you probably already know, two amazing songs came out of the collaboration, “The Girl is Mine” and “Say, Say, Say.”  But did you know that it was during this period of working together that Jackson was sparked with the idea to buy the entire Beatles song catalog?

As the duo collaborated, a friendship grew and advice was given. It was really and truly McCartney who told Jackson that the key to a long-term cash stream was in music publishing.

Jackson reportedly looked at McCartney and smiled, then simply said, “I’m going to get yours.” McCartney thought his new friend was joking. Turns out he wasn’t.

In 1985 Jackson bought the publishing rights to the majority of The Beatles song catalog. He was then free to use the band’s songs however he saw fit, including allowing them to be used for commercials. (Remember the Nike Revolution commercial? Yeah, that was all Jackson.)

Ultimately, it was a move that would irritate McCartney to no end. In the video below, he explains his mistake, its repercussions and his feelings of betrayal as only the Brits can:

Previous Story:
McDonald’s brought back this rare dessert … for a limited time
Next Story:
Best practices for investing in cryptocurrencies