Relive the glory of the ’90s with this brilliant musical mashup

OK, Gen-Xers, have I got a treat for you — it’s a big one so prepare to be impressed.

You know all those music mashups where they take two great songs and meld them into one as if by magic or some type of musical super glue?

Mash-up’s are totally a thing right now. Actually, they’ve been a thing since Evolution Control Committee released the first modern mashups — a pair of Public Enemy acapella pieces  —and played them over musical tracks of Herb Albert and the Tijuana Brass on a handmade tape cassette in 1996 called The Whipped Cream Mixes. The songs weren’t life changing, but the mashup itself was a good idea. A very good idea.

Evolution Control Committee are still making amazing mashups but they’ve been joined by modern DJ’s who have taken the mashup to the next level. That’s the case with this YouTube Video posted by The Hood Internet. It blows away mashups and the next level of mashups and replaces them with something we can barely even recognize.

But, what we can recognize in this video is literally hundreds of songs from our collective youth. It’s a time capsule more than a mashup. Every song has a memory wrapped around it and they unfurl at lightning fast speed in this brilliantyly edited 35-minute clip.

So, C’mon Xer’s! Let’s make a little noise and tap a toe as we dig into this mega mashup. It’s definitely worth the time and, I mean, we’re not breaking hips yet…. 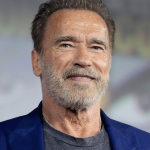 Previous Story:
Remember that time Arnold Schwarzenegger was attacked at a school?
Next Story:
9 ways to make sure you’re really ready for retirement