What started as a handful of isolated monkeypox cases in the United Kingdom has officially been declared a Public Health Emergency of International Concern by the World Health Organization (WHO) on July 23. The worldwide number of cases has risen to 21,099 as of July 29 according to data by global.health aggregated by Our World in Data. While countries like India, Brazil and Spain have reported the first deaths in connection with the virus, mortality is not a concern yet as our chart shows.

Related: Where exactly has monkeypox spread to already? 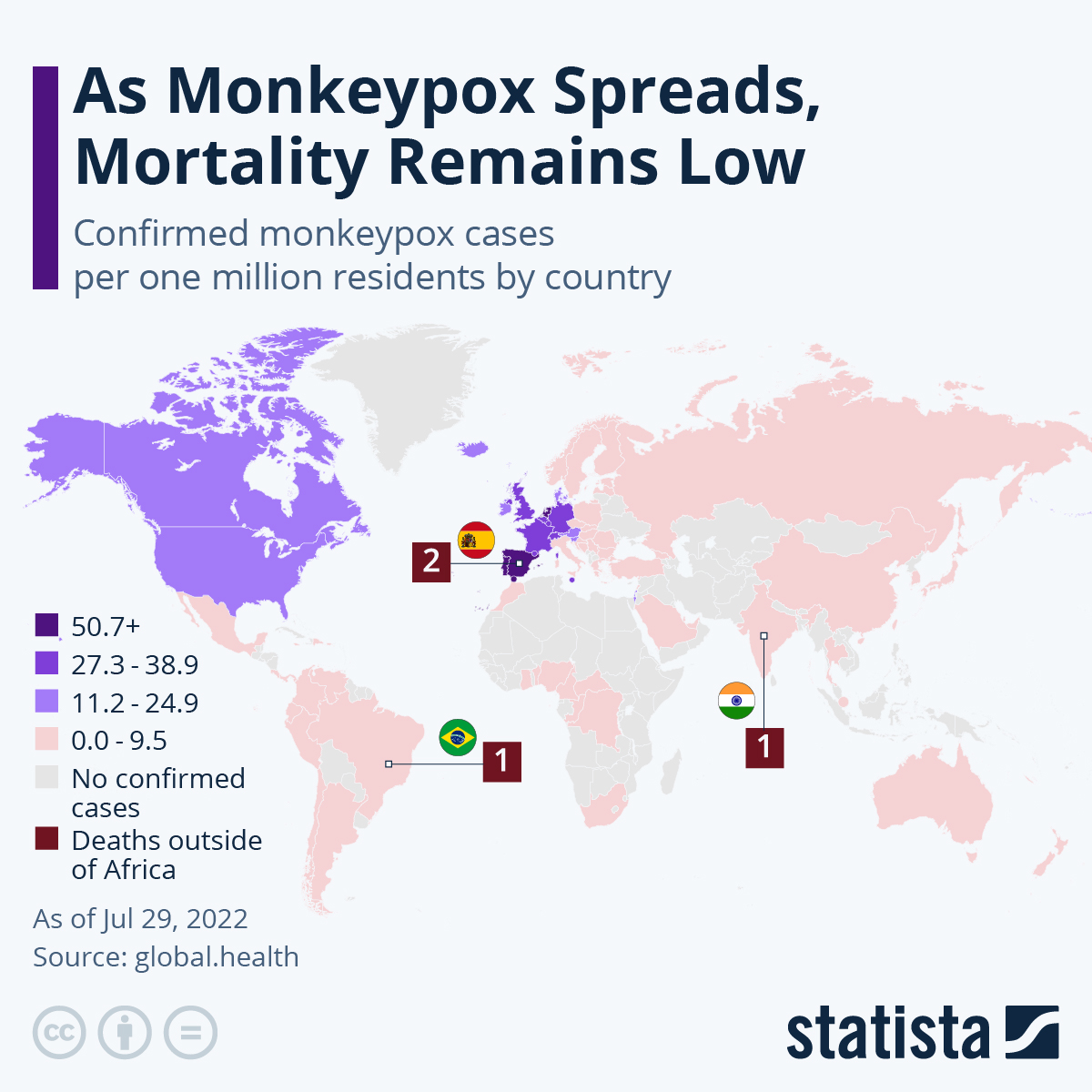 In countries where the disease is endemic, mostly Central African nations, an estimated 70 people have died from or with monkeypox this year. While Nigeria, the United Kingdom, the United States and Singapore saw small clusters of monkeypox infections over the past few years, the current wave already surpasses any recent outbreaks by a considerable margin.

According to the WHO, Monkeypox symptoms include “fever, intense headache, swelling of the lymph nodes, back pain, muscle aches and intense lack of energy” and a skin rash. The virus is primarily transmitted by close physical contact and has, in this specific outbreak, largely been diagnosed in men being intimate with men. This has led to concerns about a rise in discrimination against gay and bisexual men, drawing comparisons to the sentiment prevalent during the U.S. AIDS epidemic of the 70s and 80s.

US billionaires who are still profiting off the pandemic

Previous Story:
US entered a ‘technical’ recession in Q2
Next Story:
Are we headed into a recession? This money pro weighs in