Social Security’s future is at stake. Here’s where the candidates stand 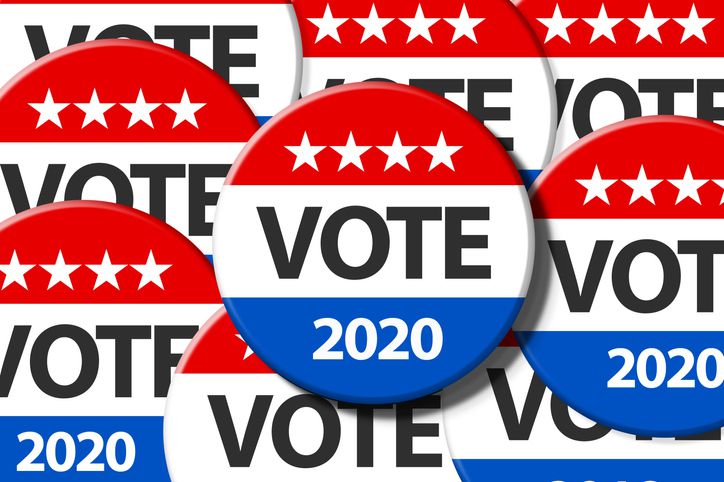 The future of Social Security is at stake in the 2020 presidential election, even if other issues are hogging the headlines for now. Social Security funds – comprised of Old-Age and Survivors Insurance (OASI) and Disability Insurance (DS) – will begin to leak assets and are on pace to run dry by 2034.

Social Security money comes from payroll taxes and is paid out to people who qualify based on age, disability or other circumstances that leave them unable to care for themselves. Social Security is intended to provide them with a way to sustain themselves. The problem is that the taxes being collected aren’t enough to pay out the benefits; it is believed that inflows from payroll taxes will represent just 80% of the current benefit, suggesting a potential 20% haircut in the amount that beneficiaries receive. That is, unless additional measures are taken.

It hasn’t been talked about much by presidential candidates relative to other issues, but the upcoming election could dictate what happens to Social Security. Will benefits be cut to ensure that no further deficit is created? Will taxes be increased in order to fund full payouts? Will full retirement age be changed? The Democratic primary debates are done and the first general election debate will not occur until Sept. 29th, but there are clues of how the different presidential candidates would confront the issue if elected. We looked at what President Trump and the potential Democratic nominees have said, what they’ve done and what they’re likely to do about Social Security if elected.

Here’s where the current candidates stand: 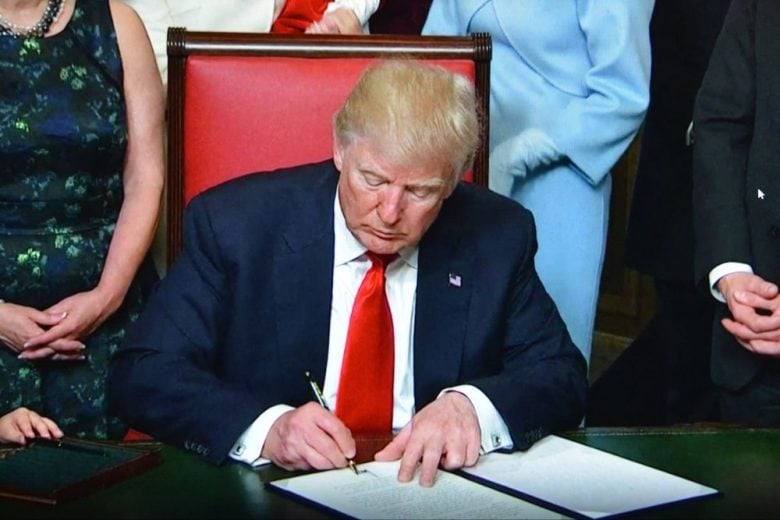 Some inside the Republican party have been consistently vehement on the need to curb programs like Social Security in order to balance the budget, but President Trump has expressed varying opinions over the years.

In his 2011 book Time to Get Tough, Trump acknowledged the solvency challenges but defended against “some Republicans who would be just fine with allowing these programs to wither and die on the vine” by saying “it’s not unreasonable for people who paid into a system for decades to expect to get their money’s worth – that’s not an ‘entitlement’”. In 2015, during the lead up to the 2016 Presidential Election, Trump pledged not to cut major entitlement programs, including Social Security.

However, the President has been far from consistent. Over the years, he has suggested fixes that include raising taxes to generate additional revenue for the program, reducing benefits through long-term expenditure cuts or partially privatizing Social Security (which would give workers some investment control of how their funds are invested). His administration’s 2020 budget proposal went back on his promise and allocated $25 billion less on Social Security over the next 10 years, including slashing Social Security Disability Insurance by $10 billion. 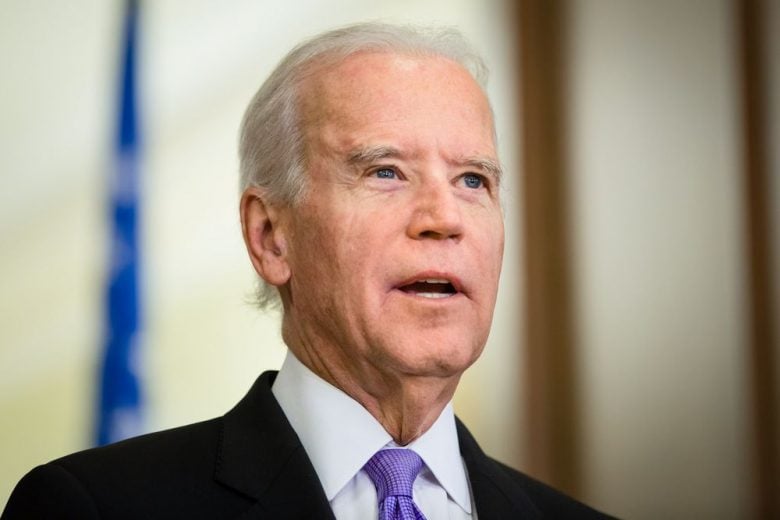 Joe Biden is currently considered the Democratic front-runner and has talked plenty about Social Security in his 40-plus years in office. In 1984, Biden proposed a plan to freeze federal spending, which included Social Security cost of living adjustments (COLA).

In 2007, Biden affirmed that he would “absolutely” look at revising factors like age of eligibility and cost of living in order to address deficit concerns. In 2018, Biden said that the tax code would have to “do something about Medicare and Social Security.”

In the plan he released for the 2020 election, taxes would increase for high earners in order to pay for Social Security benefits. Biden’s plan would set a minimum benefit of 125% of the poverty level for workers with more than 30 years of work and would increases survivor benefits by 20%. Senator Bernie Sanders is perhaps the most clear in his unwavering support for Social Security. For starters, he disputes the notion that the Social Security fund is going broke. Sanders wants to increase Social Security benefits for everyone, but especially the elderly and disabled near or below the poverty line. He has vouched for higher minimum benefits for low-income workers and his plan for 2020 would lift the current cap on payroll taxes and apply payroll taxes on all income over $250,000.

Sanders also has expressed interest in restoring benefits for children who are full-time post-secondary students. These were removed during the Reagan administration in 1983. He has always been against privatizing any part of Social Security. 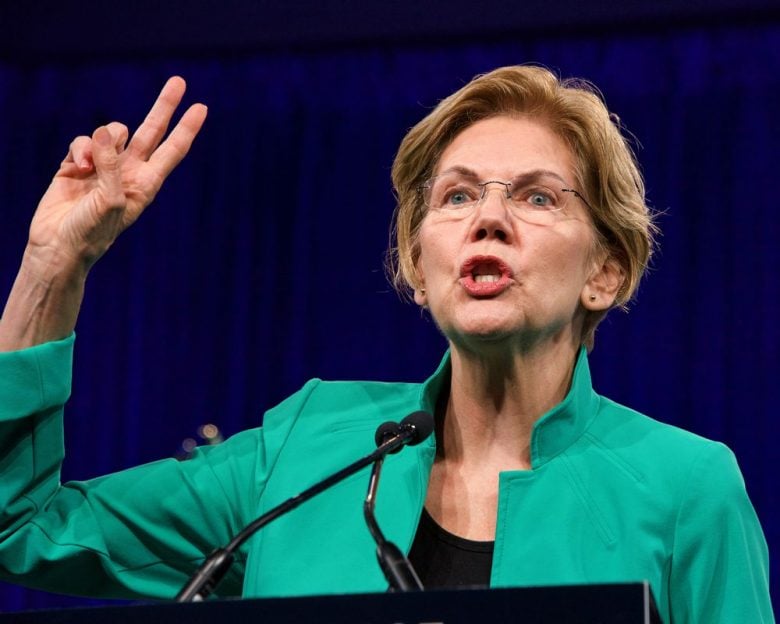 Senator Elizabeth Warren’s 2020 plan for Social Security includes a $200 per month increase in Social Security benefits across the board, as well as in increase in cost of living adjustments. She proposes to pay for this by imposing a 14.8% Social Security contribution requirement on individual wages above $250,000 and an additional investment income tax for those with extremely high earnings. Warren is opposed to any privatization of Social Security. 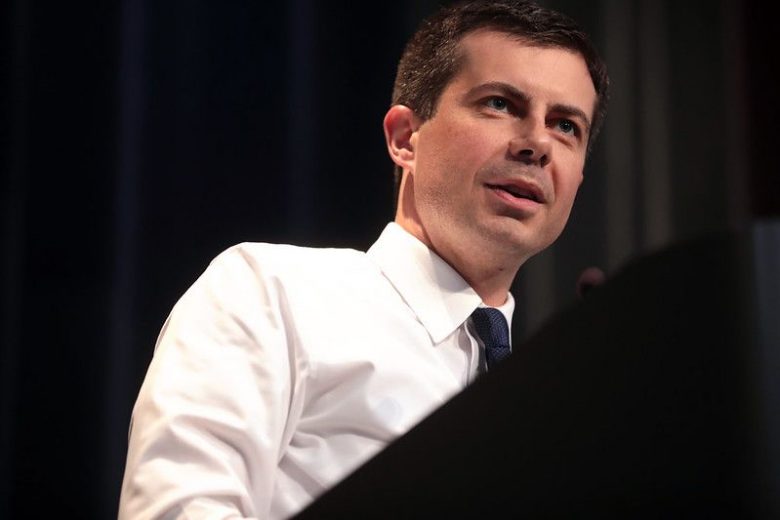 Mayor Pete Buttigieg’s 2020 plan for Social Security includes increased tax revenues from those earning more than $250,000 and increasing benefits to 125% of the federal poverty limit for people who worked or were a caregiver for at least 30 years. 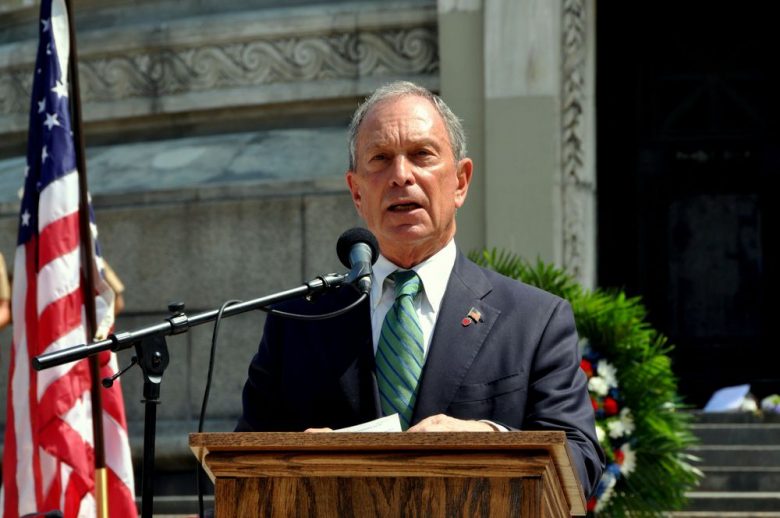 Former New York City Mayor Mike Bloomberg is perhaps the most hawkish of the Democratic candidates as it relates to Social Security. At a speech in 2011 hosted by the Center for American Progress, Bloomberg suggested “making modest adjustments to future benefits now, by slowly and gradually phasing in a higher retirement age over the next six decades”. In 2013, Bloomberg again suggested cuts to Social Security, saying “no program to reduce the deficit makes any sense whatsoever unless you address the entitlements.”

His official 2020 campaign website does not yet include a plan in regards to Social Security, entitlements or retirement. 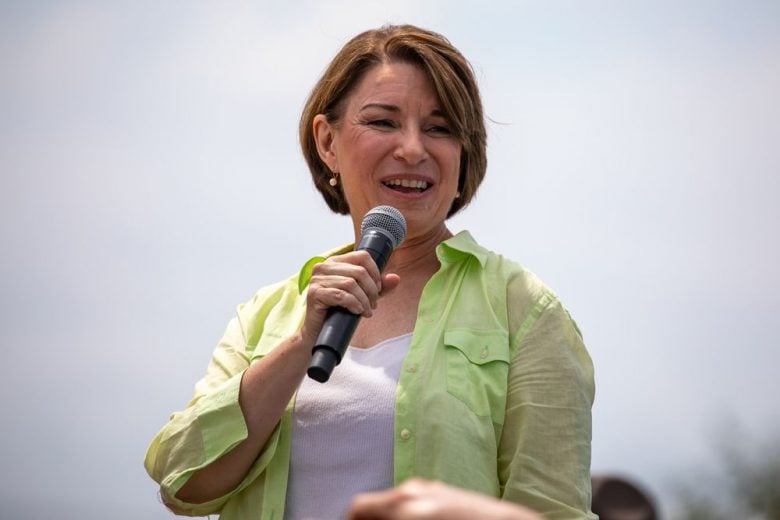 In her 2020 plan for seniors, Senator Amy Klobuchar plans to combat Social Security solvency issues by subjecting income above $250,000 to the payroll tax. Her plan proposes to “strengthen and improve Social Security benefits for widows and people who took significant time out of the paid workforce to care for their children, aging parents, or sick family members” but does not specify the conditions or increases of those changes. 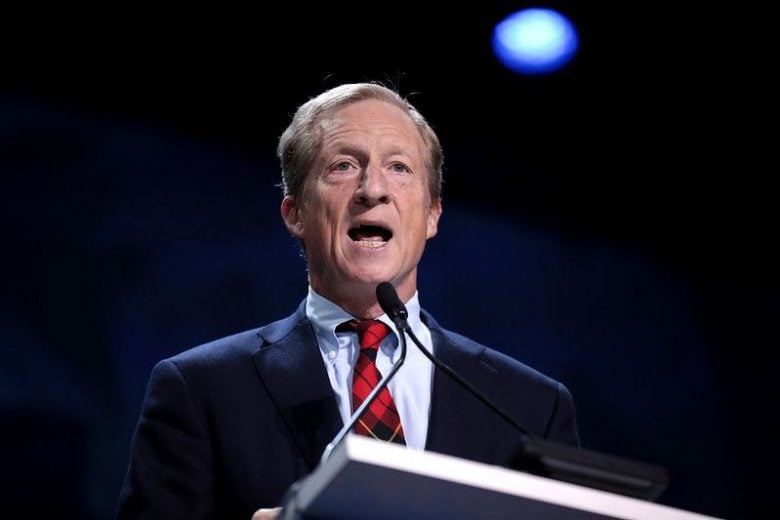 Tom Steyer is a newcomer to politics and lacks public comments on Social Security. He also does not have a plan for it as part of his campaign. He has suggested raising the income cap on payroll taxes, which currently stands at $137,000. 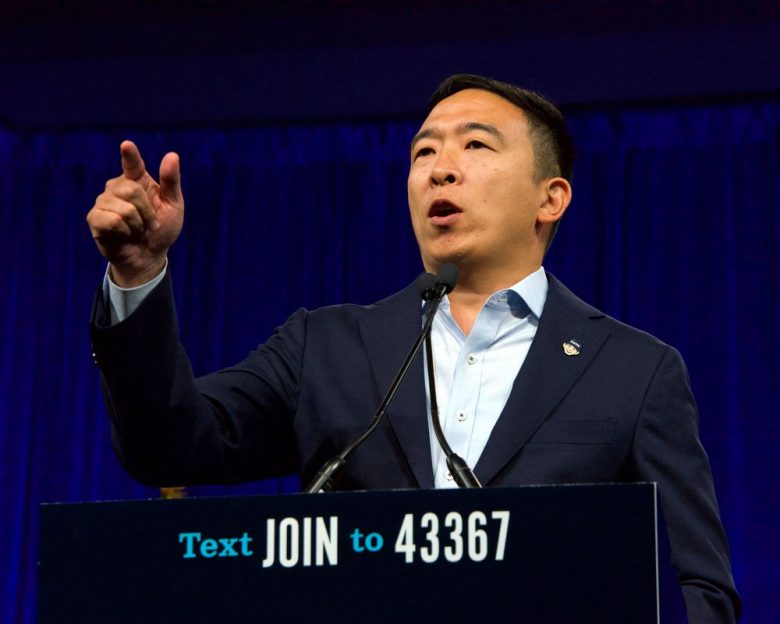 Andrew Yang has said little on Social Security. For those earning Social Security Disability Insurance or Supplemental Security Income, they would be entitled to the larger value of that benefit amount or his proposed $1,000 monthly Freedom Dividend. Technically, that would appear to slightly reduce the burden of Social Security funds. 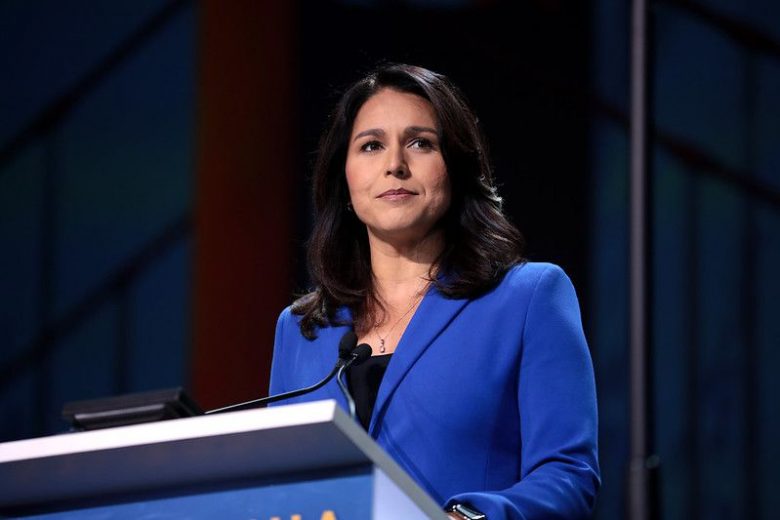 In 2012, Representative Gabbard defended Social Security from cuts, calling a sacrifice in Medicare or Social Security “unacceptable.” In her 2020 plan, she reaffirmed her commitment to keeping the program solvent “without reducing benefits for those who rely on it.” Her plan offered no further details.

How it could affect decisions for beneficiaries 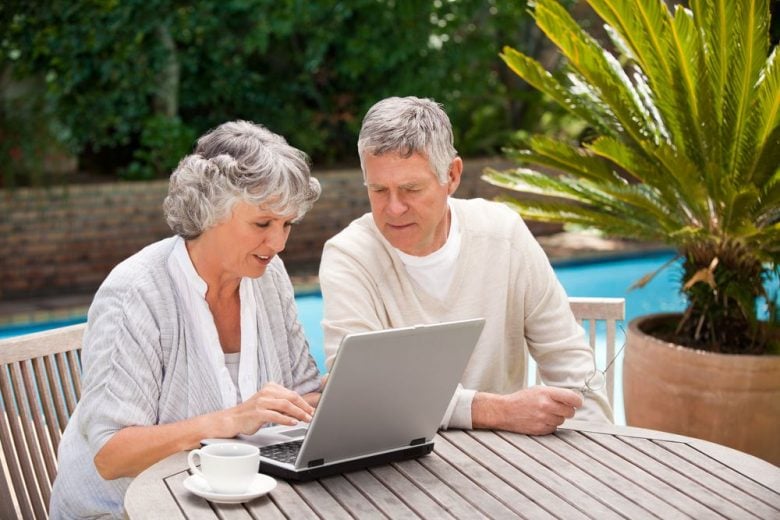 For some, the only action to take is to vote for the candidate that best serves them and live with the results. For others, particularly those with decisions to make in regards to Social Security retirement benefits, uncertainty around the future of Social Security could impact their claims strategies.

As we explained in our guide to Social Security benefits, beneficiaries are rewarded with a larger monthly payment for every month they wait after turning 62 and until age 70. However, waiting to receive a larger monthly benefit also means forgoing retirement benefits during that time. With doubt around the solvency of the program, some may feel pressure to take the sure money earlier instead of gambling on the outcome of whatever policy is introduced.

Each individual’s Social Security calculation is different, but fear or speculation about one outcome or another could dictate how people decide to apply for their benefits. Additionally, should talk arise around changes to how Social Security income is taxed, rules on benefits for widows and widowers or adjustments to spousal benefit eligibility, seniors may be inclined to change their claims strategies.

In the build up to the 2020 presidential election, little focus has been paid to plans for Social Security, but that makes it no less important. In fact, to the millions of Americans depending on the diverse benefits offered by Social Security now and in the future, there is perhaps no more pressing issue. 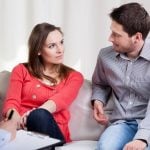 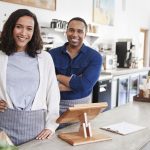