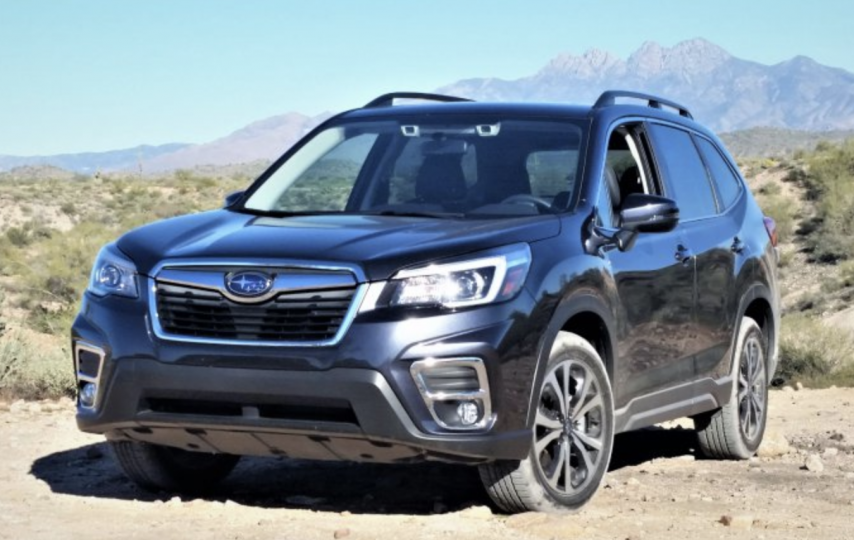 So, your heart says you want a four-wheel-drive truck to travel off-road in the boonies, while your head tells you to get a sensible SUV that drives like a passenger car. Compromise can be difficult (as we’ve seen in Washington), but not impossible.

The all-new 2019 Subaru Forester could provide a solution to your dilemma. The fifth-generation of the popular SUV grows bigger, gets more power and new features, and it includes more safety technology among its standard equipment while increasing its capabilities as an all-purpose vehicle. 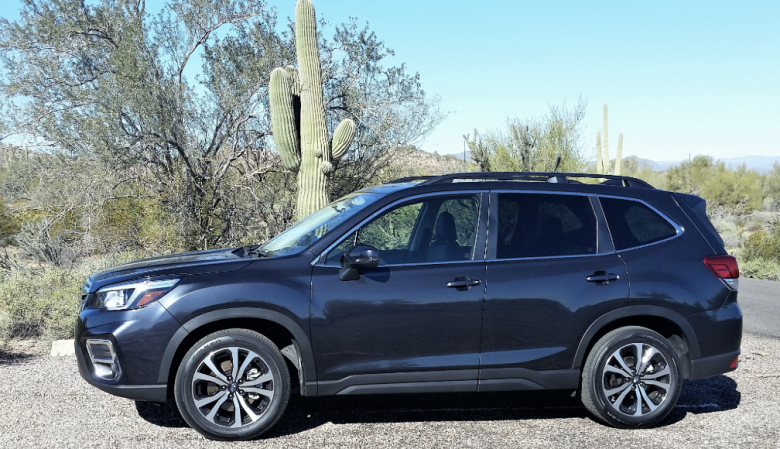 The Forester we tested proved itself capable at a number of chores: cruising at fast highway speeds with ease, shuffling through traffic in comfort, and tackling a rough and hilly desert trail without complaint.

While the off-road segment of our testing might not have been the most grueling of Jeep tracks, it did have steep grades, loose rocks, washboard surfaces and even a section of deep sand. The Subie did quite well and never felt overmatched by the terrain, even soaking up the harshness of that washboard. And on regular car tires, no less.

The X-Mode control switch takes it to the next level 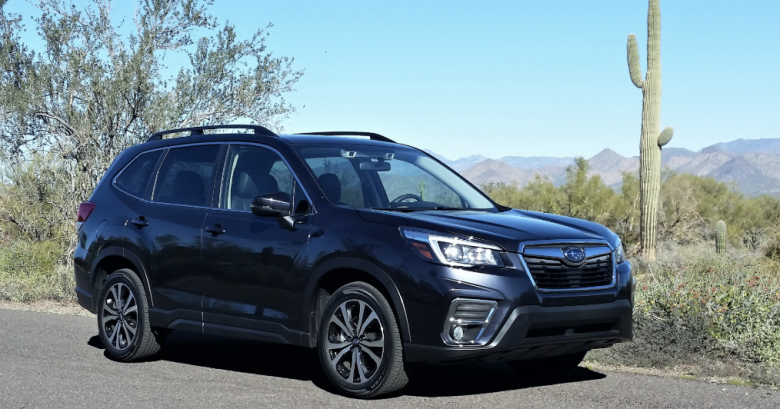 The X-Mode control switch on the console allows the driver to choose how the Symmetrical all-wheel-drive relates to the road, with Normal street driving in the center, Snow/Dirt to one side, and Deep Snow/Mud in the other. Hill Descent Control, standard on the Limited model tested here, made the downhill slopes easy to master.

We used the Snow/Dirt mode for our adventure. Unlike some frigid parts of the U.S., snow was not readily available to us in our Southwest drive, although Subarus (all of them AWD aside from the BR-Z) are well known for their snow-going abilities.

No, the Forester will not climb over boulders like a jacked-up 4X4 pickup truck. But within reason, it will do everything that most people heading off into the wild would want it to do. While not a perfect compromise, Forester is a good one.

Subaru and its strong lineup of cars and SUVs have gained sales consistently for the past decade or so, even at times when other automakers were down in the dumps. The brand’s reputation for quality, longevity, safety and advanced technology has pulled it up from a crunchy-granola hipster to a solid mainstream citizen.

The Forester continues to transform 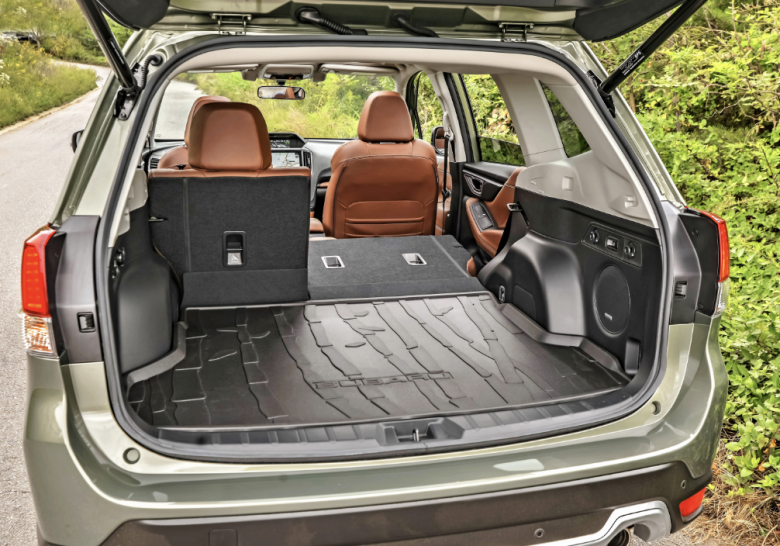 The Forester is a perfect example of that evolution. What started out as something of a tall station wagon favored by counter-culture folk, Forester gradually transformed through each of its generations into more of a “normal” midsize SUV, while growing in size and fanbase.

The new Forester is built on the Subaru Global Platform that the Japanese automaker says boosts quietness, stability, and agility. All models are powered by Subaru’s signature “boxer” 4-cylinder engine, now with 2.5-liter displacement and 182 horsepower, compared with 170 in the previous generation.

The boxer engine is still not terribly powerful, though certainly adequate. It runs quietly in most circumstances, though with some harshness under hard acceleration.

Every Forester gets a continuously variable automatic transmission, which the company has named Lineartronic, sadly doing away with the manual-transmission option of past models. Even Subaru drivers have moved away from shifting for themselves, and the stick versions of the SUV made up a minuscule percentage of sales.

The CVT is a terrific unit, however, and in the higher trims of Forester is paired with paddle shifting that simulates a 7-speed gearbox. The main thing about the CVT is that it’s not annoying, as some are, without the droning sound or slipping sensations. The transmission also contributes to the Forester’s admirable fuel mileage of 26 city 33 highway and 29 combined, not too shabby for a heavy, boxy vehicle. 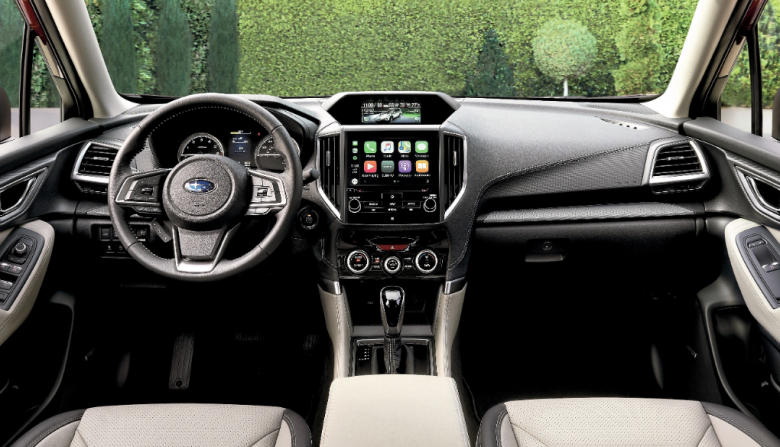 Actually, not so boxy as the Forester has been nicely restyled, still recognizable but looking more substantial than before. The interior is more accommodating with added space and plenty of places for storage. If you need more, Subaru rolled out a bigger, three-row SUV for 2019, the Ascent, which has received wide acclaim.

Among the advanced technology that comes standard on all Foresters are EyeSight, a unique driving aid that “looks” ahead with a pair of eye-like sensors to warn of impending hazards and such; LED headlights; Auto Start/Stop for improved fuel mileage in traffic; SI-Drive Engine Performance management; Active Torque Vectoring for improved handling; automatic climate control; electronic parking brake; Trailer Stability Assist and Welcome Lighting. A panoramic power moonroof is standard on Premium, Sport, Limited and Touring trims.

The 2019 Forester is a thoroughly enjoyable SUV 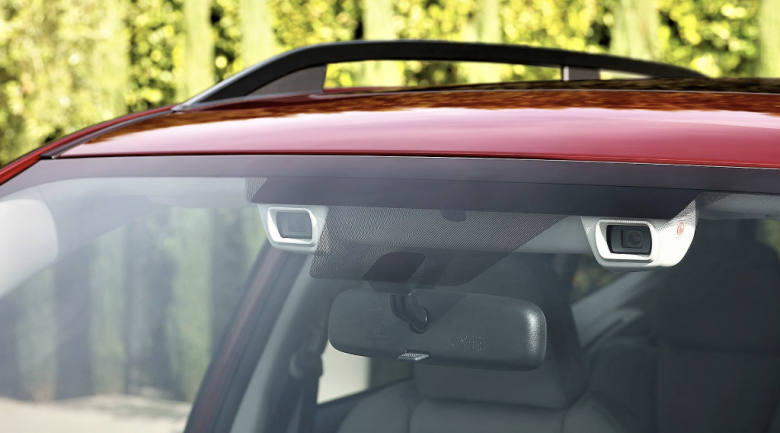 The 2019 Forester is a thoroughly enjoyable SUV that seems to do everything well, even providing some measure of off-road prowess. Pricing starts at $24,295 for the base Forester before options and shipping to a starting price of $34,295, also before option and shipping.

The Limited model tested here was optioned with Subaru Starlink that provides a suite of electronic touchscreen features, including navigation, voice activation, iPhone and Android apps, Bluetooth and satellite radio; a fine Harman-Kardon audio system with a 576-watt amp and nine speakers; and Reverse Automatic Braking so you don’t back into stuff. Total for the options was a reasonable $1,695, with shipping adding $975. 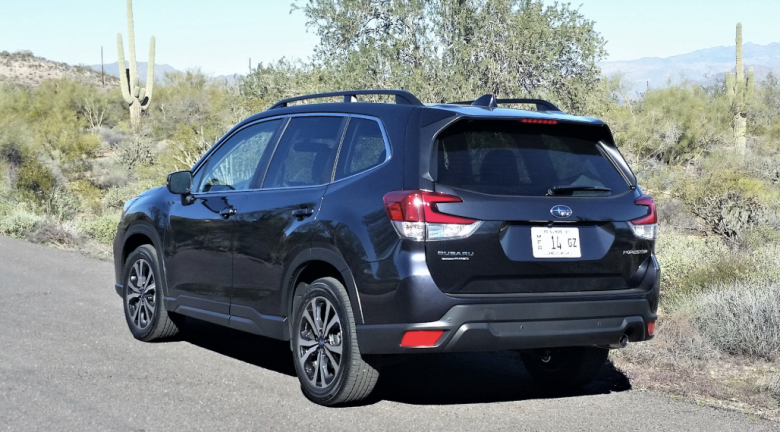 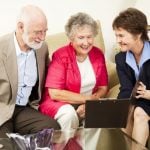 Previous Story:
How to get life insurance with COPD 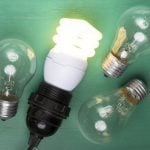 Next Story:
What exactly happens when you donate your body to science?