Take a joy ride with us in this ’32 Ford Roadster 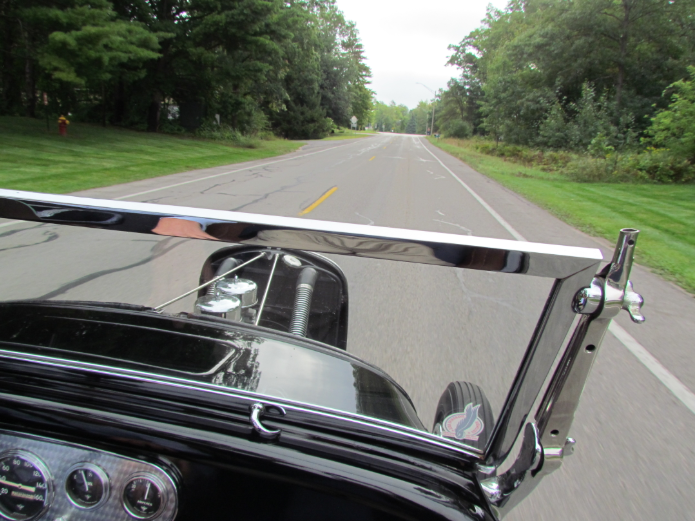 Lately, they’ve taken to referring to the garage where Hagerty keeps its collector cars, maintains those vehicles, and even involves its employees in hands-on restoration projects, as “the library.” That’s because it’s gone beyond a storage facility and mechanical workshop to become a storehouse of knowledge, a place to visit and to learn, to study the evolution of the automobile.

In an attempt to span a broader spectrum of that automotive timeline and vehicle types, the collection itself also is evolving, and expanding. 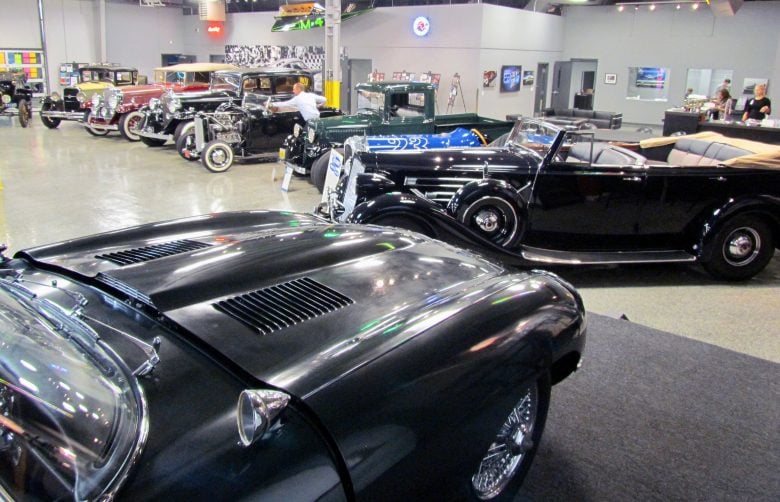 Because so many of its employees do call-center type work, the insurance/vehicle valuation/car culture company makes a point of encouraging those employees to learn and to participate to the point of getting personally involved in and then to actually go out and drive the results of restoration projects, of which there have been more than half a dozen, recently including a more modern classic, a Datsun 240Z.

The collection also is visited by people who work for a variety of insurance companies, including many visitors not familiar with vintage vehicles. The Hagerty car collection provides a way to discuss the intricacies of insuring rare and unusual and sometimes surprisingly valuable vehicles that some might otherwise consider to be just older used cars.

Note, too, that the collection is open to the public on the last Thursday of the month during the summer season in Traverse City, Michigan (sorry, the last such visit of 2019 took place in September, but they will start again in May 2020). 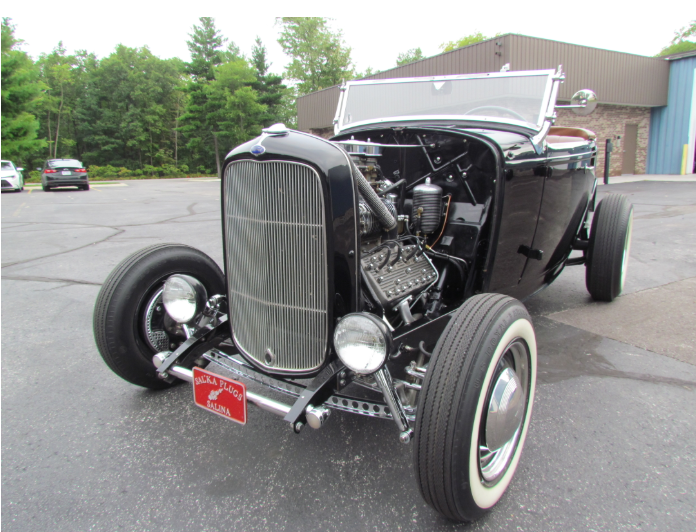 A few years ago, I got to drive several of the Hagerty cars as part of a National Geographic special, and I was back in Traverse City, Michigan, recently for a story I’ll be sharing soon on this website.

But while I was there, I was invited to the garage — oops, I mean “the library” — to see how the collection has changed, and expanded, and to drive a couple of more recent acquisitions up and back down the scenic roads of the Old Mission Peninsula that bisects Grand Traverse Bay.

One of those vehicles was an elegant 1937 Packard Twelve convertible sedan, the “sedan” nomenclature added because the car had roll-up windows. But first I was drawn to another vehicle from the 1930s, a 1932 Ford roadster. 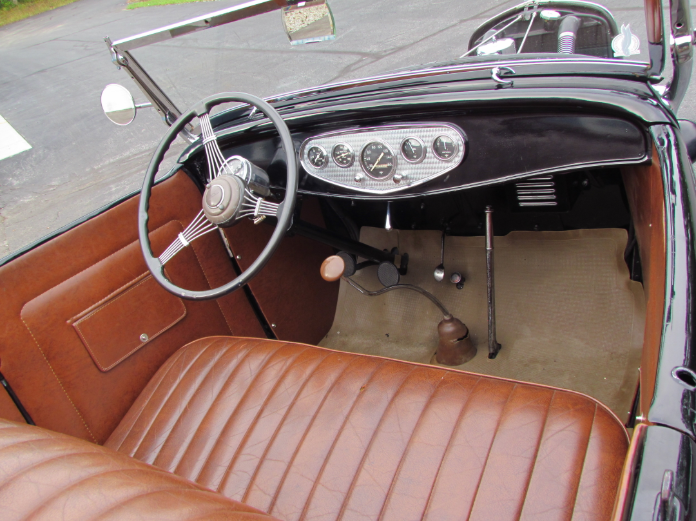 Even early on, such cars were modified for performance and the hot-rodding movement became a craze in the early years after World War II.

“The 1932 Ford has made its mark on the dry lakes, drag strips, movies, music, magazines and models,” Hagerty says in its notes on its car, the Tommy Fitzgerald Roadster.

“It is likely true that there are more 1932 Ford roadsters on the road today than were ever built because of the numerous reproduction bodies. In fact, the roadster was only 4½ percent of 1932 Ford USA production: 12,578 units. The proliferation of reproduction roadsters has not diminished the value of a genuine Ford Roadster; in fact, it has enhanced it. A “Gennie” deuce roadster is understandably the holy Grail for collectors and enthusiasts.” 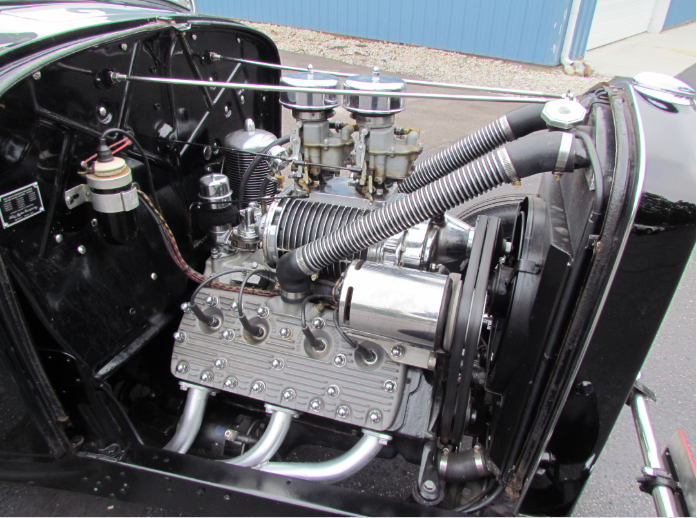 Tommy Fitzgerald, “of most modest means,” reportedly spent a decade or longer collecting genuine parts for the creation in the early 1970s of his ’32 roadster, which was built around an original ’32 Ford frame and roadster body and a 255cid flathead Ford V8 engine. Many other parts date to that era as well.

There’s also a rumble seat and a 20-louver hood, though the hood has been stored so the engine can be showcased.

Before joining the Hagerty fleet, the car was owned for many years by Roger Morrison, a well-known and meticulous collector/caretaker from Salina, Kansas. 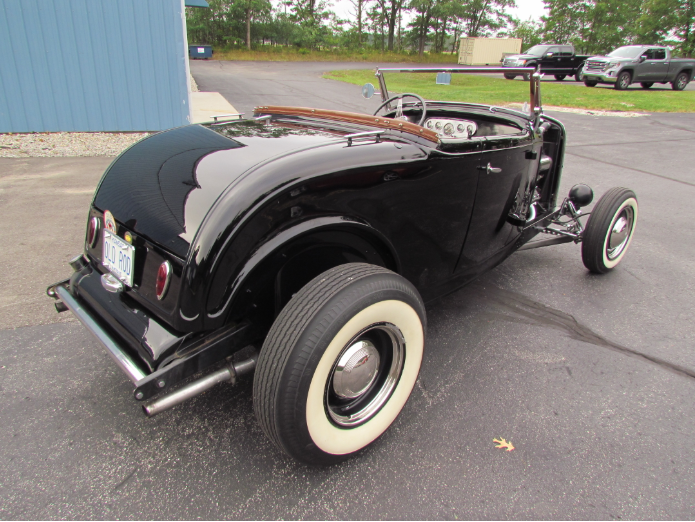 Yes, the hot rod is fast, yet not at all squirrelly. The power is provided in a nice and consistent flow and the supercharger, mounted beneath the carburetors, whines nicely when you tip into the throttle. But the car also is amazingly smooth and even quiet when you’re just cruising at urban speeds and acknowledging all the thumbs-up from other drivers. It also is surprisingly comfortable to drive at highway speeds.

I have hot-rodding friends who do a cross-country tour in their cars each year as they head to the SEMA Show in Las Vegas. I always figured that several days in a hot rod might be an uncomfortable experience, but after about an hour in the Fitzgerald Roadster, I was ready to attempt just such a drive, albeit the fact that it might be a little wet driving an open roadster on a rainy day.

I wonder if driving a roadster in the rain might be an experience similar to driving any open convertible in the rain — as long as you can maintain a speed of around 50 mph, aerodynamic forces move the water around the passenger compartment rather than into it. And if not, well, you can always wear rain gear, and bring along towels and a hair dryer (not for yourself, silly, but to dry out the car’s interior and carpet).

Hey, motorcycle riders deal with the rain on a regular basis, and driving a real ’32 Ford Roadster hot rod provides a similar experience, except on four rather than two. 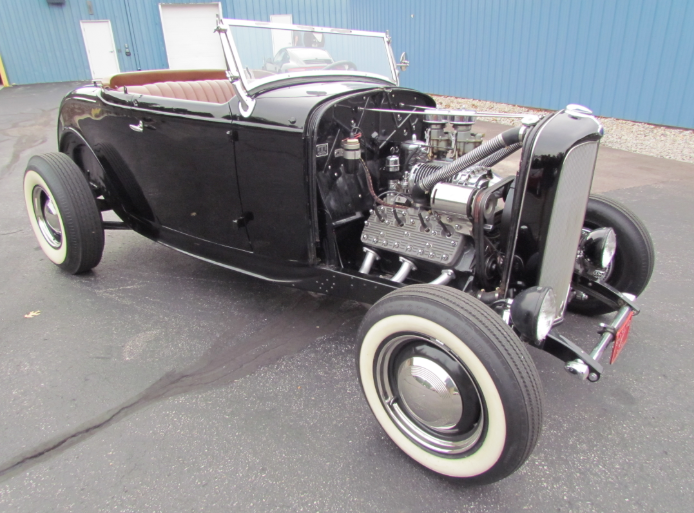 I plan to be back in Michigan next May. I wonder if, by then, I can find a way to secure a library card and borrow the Fitzgerald Roadster to get an even better read on the open road.

This article originally appeared on Classic Cars Journal and was syndicated by MediaFeed.org. 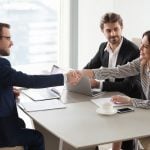 Previous Story:
Need a bankruptcy attorney? Here’s how to find the right one 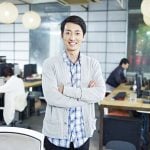