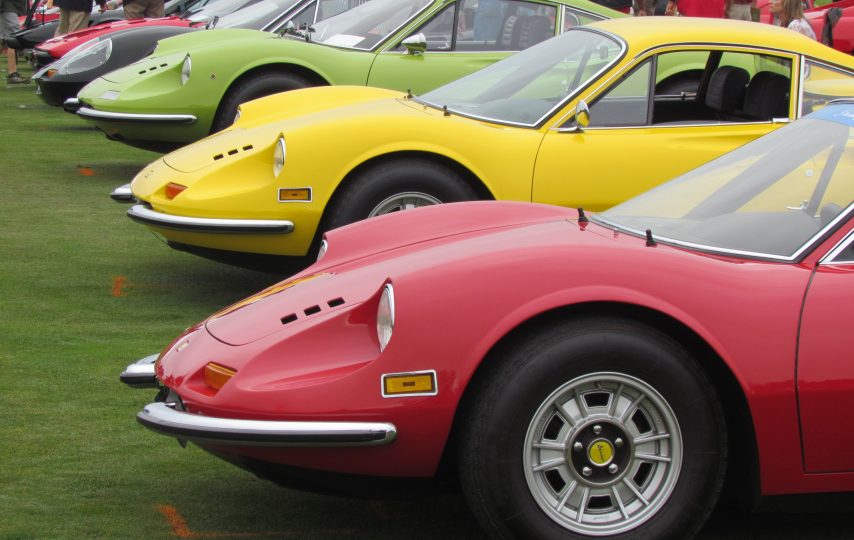 The transition from Europe’s dismal Dark Ages to the brilliance of the Renaissance was ignited in Italy, primarily in Florence but also in Venice, Genoa and Milan. It was in Florence that the Medici family supported the artistic work of da Vinci and Michelangelo, as well as the scientific discoveries of Galileo.

Indeed, it was during this period that Leonardo da Vinci sketched out the design for a self-propelled vehicle: A cart driven by tightly wound springs that turned wheels. Think of a watch mechanism that moves a vehicle instead of clock hands.

Da Vinci’s cart might be considered the first concept car, as well as the first vehicle designed in Italy. However, as car collectors and enthusiasts through the ages would later confirm, it wasn’t the last great and artistic vehicle design from the boot-shaped nation.

Italy has a long history of pleasing automotive aesthetics that traces directly back to the Renaissance and the country’s artistic heritage.

Pictured: The annual Concorso Italiano during Monterey Car Week is a celebration of Italian design, such as these Dinos. 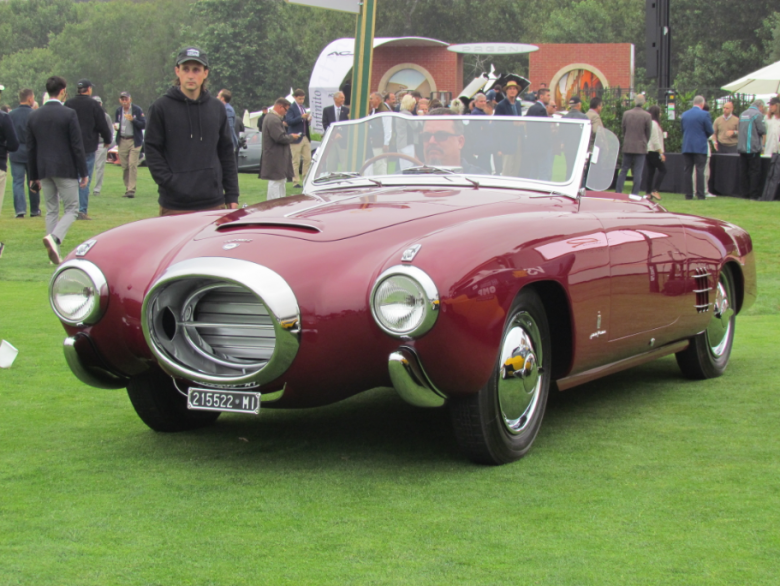 Consider that Ettore Bugatti’s father was a famed designer of furniture, accomplished at shaping both wood and metal, and was also known for his sculptural musical instruments. Ettore’s brother, Rembrandt, was a sculptor of renown. Ettore’s children followed in the family’s artistic tradition by painting and writing. Of course, Ettore and his son, Jean, created cars that, as one expert put it, displayed “an enhanced alignment of function and beauty.”

Since Bugatti built his cars away from his native Italy, in Molsheim, a city which between 1871 and 1944 was located in France, and then Germany, and then back to France, then back in Germany and, finally, again in France, those cars are considered French automotive masterpieces. But their artistic roots reach back across the border to Italy.

Giorgetto Giugiaro’s grandfather painted frescoes in Italian churches, and his father Mario did so while also becoming an artist who worked with oil paint on canvas. Giorgetto Giugiaro learned at an early age how to exploit light and shadow, as well as about the nuance of surface, and his father sent him to Torino to study art by day and technical drawing at night.

Pictured: This 1953 Lancia PF200 C by Pininfarina won best of show honors this year at The Quail, A Motorsports Gathering during Monterey Car Week. 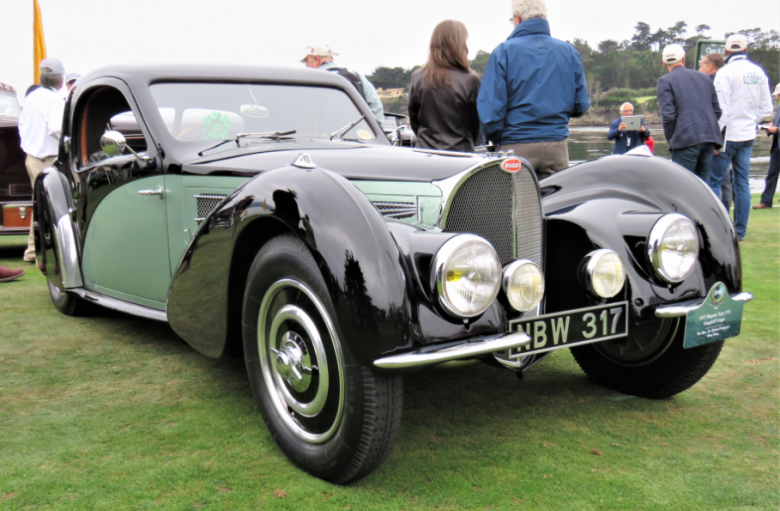 The teenager studied art under Eugenio Colmo, an artist whose uncle was Dante Giacoso, technical director at Fiat and the designer of vehicles such as the Topolino. When the senior Giacoso saw the teenager’s watercolor paintings that featured automobiles, he offered Giugiaro an apprenticeship.

In his early 20s, Giugiaro was recruited by both the Italian military and by Nuccio Bertone. While on active duty, he designed the Ferrari 250 GT, the Aston Martin DB4 GT Jet, the BMW 32000 CS, the Maserati 5000 GT and the ASA 1000 GT.

Giugiaro later would work at Ghia, then start his own Italdesign firm. He would be declared the car designer of the 20th century by an international panel of 130 experts from 30 nations. 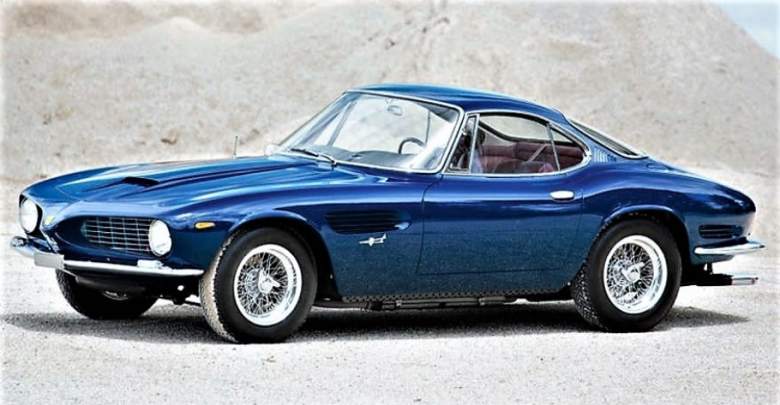 Although Nuccio Bertone’s name was on the building, his major skill was not, design but identifying and encouraging young design talent. Before Giugiaro, he employed Giovanni Michelotti and Franco Scaglione. After Giugiaro left Bertone, he recruited an orchestra leader’s son named Marcello Gandini, whose automotive work included the Lamborghini Miura and Countach. 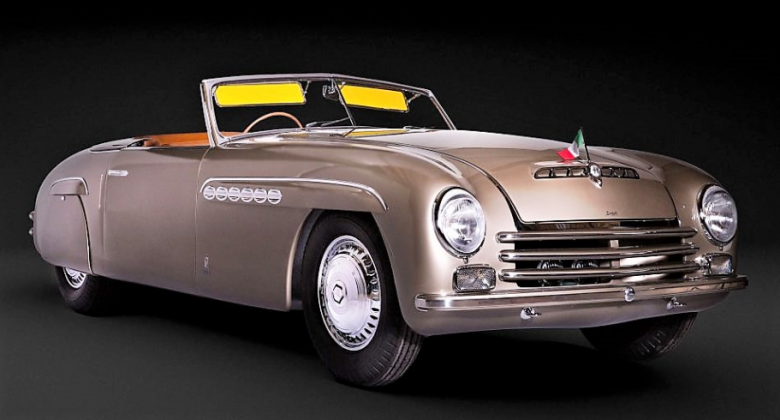 Battista Farina didn’t have artistic heritage. His family — mother, father and their 11 children — struggled to stay afloat. His mother insisted that everyone in the family do what they could to help and, at a very early age, “Pinin” (baby) had to polish his mother’s pots and pans. It was then that he discovered he liked the way the pots’ curving metal felt in his hands.

Farina’s older brother, Giovanni ,left home at age 12 to work as an apprentice coachbuilder. A decade later, he opened his own shop and hired the then-18-year-old Pinin to work with him.

One of the teen’s first projects was to create a radiator to submit to Fiat. He not only designed the piece, but also polished it by hand. Soon, Stabilimenti Farina was building entire car bodies.

Battista turned down an offer to design cars for Henry Ford and opened his own design house, Carrozzeria Pinin Farina, in 1930, leaving his older brother to focus on his own interests. Giovanni did hire, however, the likes of Pietro Frua, Mario Boano and a young Alfredo Vignale (son of his paint shop manager) to perform design work. Each member of that trio would go on to launch his own design company.

The next Italian Renaissance

Pinin Farina not only designed cars, but also built them. By the outbreak of World War II, he employed 500 people. One apparent setback to the firm’s recovery came after the war, when vehicles from the former Axis nations (such as Italy) were banned from the 1946 Paris Motor Show.

Farina was undaunted, though. He and his 20-year-old son, Sergio, each drove a specially bodied car to Paris, where they parked outside the main entrance to the show. Press and Parisians alike liked both the cars and the Farinas’ combative spirit, and Pinin Farina became credited with the rebirth of Italian automotive design.

Following that success was the landmark design of the Cisitalia 202. Major automakers soon vied for designs from a company known as Pininfarina, which the Italian government formally accepted as the family’s new and official name.

Perhaps the most famous of the Pininfarina designs were those done for Ferrari, many of them by Leonardo Fioravanti, whose styling has been described as a “poem in steel.”

Several of the Italian design companies no longer exist, and some, such as Italdesign and Pininfarina, have taken on financial partners from other countries and continents. But that only means that those deep Italian roots have spread around the world. It also means that the Italian aesthetic continues to influence automotive and industrial design worldwide. 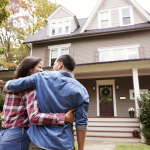 Previous Story:
9 easy steps to save on your mortgage before you close 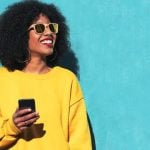 Next Story:
FYI: You can get free birth control