Despite several studies finding that social media is rife with misinformation and widespread consensus that foreign actors tried to use social media to influence the past two U.S. presidential elections, Americans continue to rely heavily on platforms such as Facebook and Twitter to get their news. 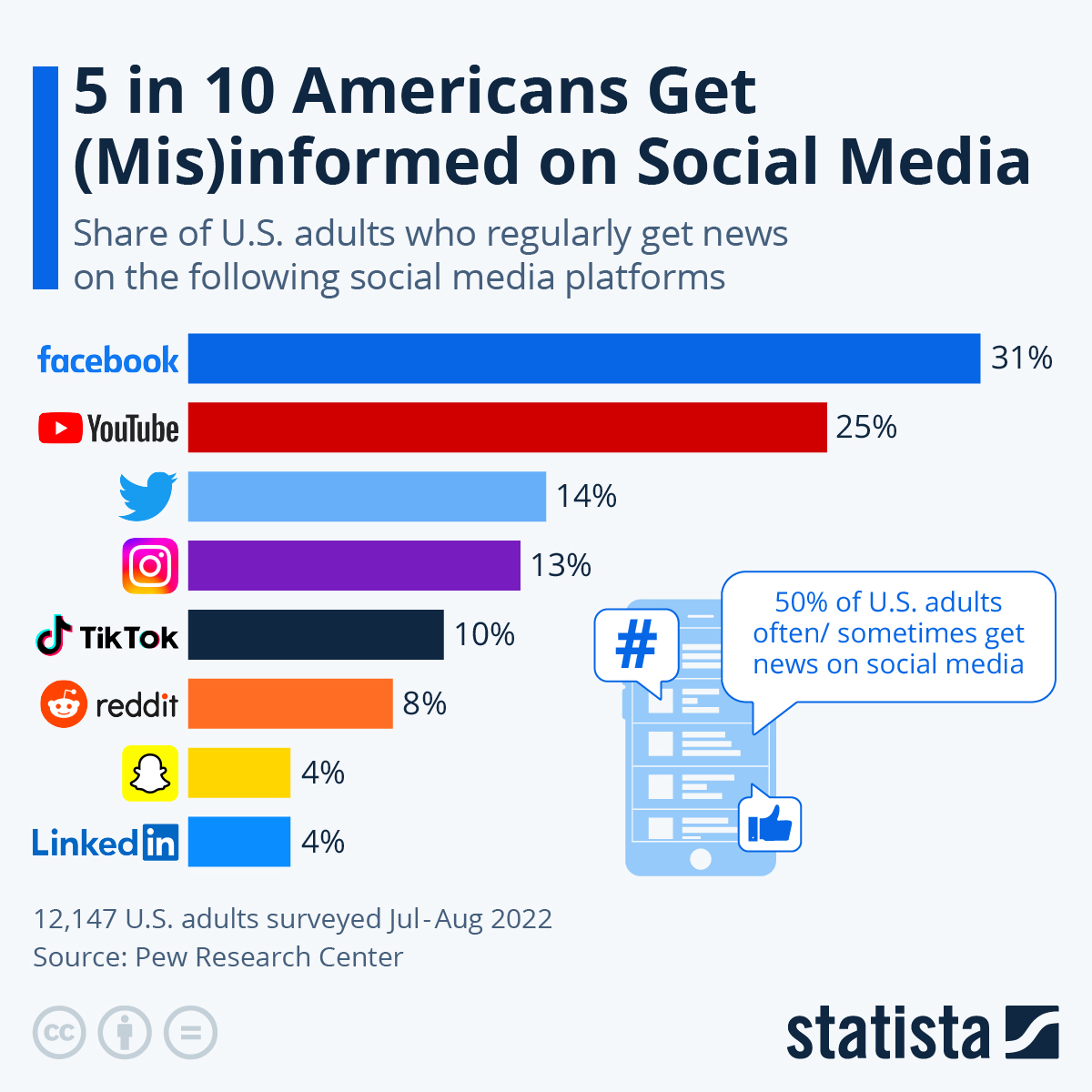 According to a recent survey from s who regularly get news on the following social media platforms, 50 percent of U.S. adults at least sometimes get news on social media, making it a key ingredient in Americans’ news media diets.

As the chart shows, Facebook and YouTube are most often used as news sources, with 31 and 25 percent of U.S. adults regularly getting news on both platforms, respectively. Twitter and TikTok, which were recently found to be the biggest amplifiers of misinformation, are also high on the list, with Meta’s Instagram completing the top 5.

Interestingly, Facebook, Twitter and other “established” social networks have seen a decline in the share of users getting news on each platform over the past two years, possibly as a result of the revelations about systematic misinformation on social media.

Meanwhile, TikTok, whose rapid rise to popularity has been eyed with suspicion from the start due to concerns over its parent company ByteDance and its ties to the Chinese government, is bucking the trend, with 33 percent of its users regularly getting news on the platform versus 22 percent in 2020.