Crypto scams have cost investors more than $20 billion over the last five years. In 2021, a new type of scam made up roughly a third of the $7.7 billion lost that year: rug pulls. According to blockchain data provider Chainalysis, cases of cryptocurrency founders draining their projects of invested money and vanishing without a trace were responsible for $2.8 billion in losses. As our chart shows, two recent rug pulls were especially noteworthy.

Related slideshow: How Biden’s push for new building codes could impact your home 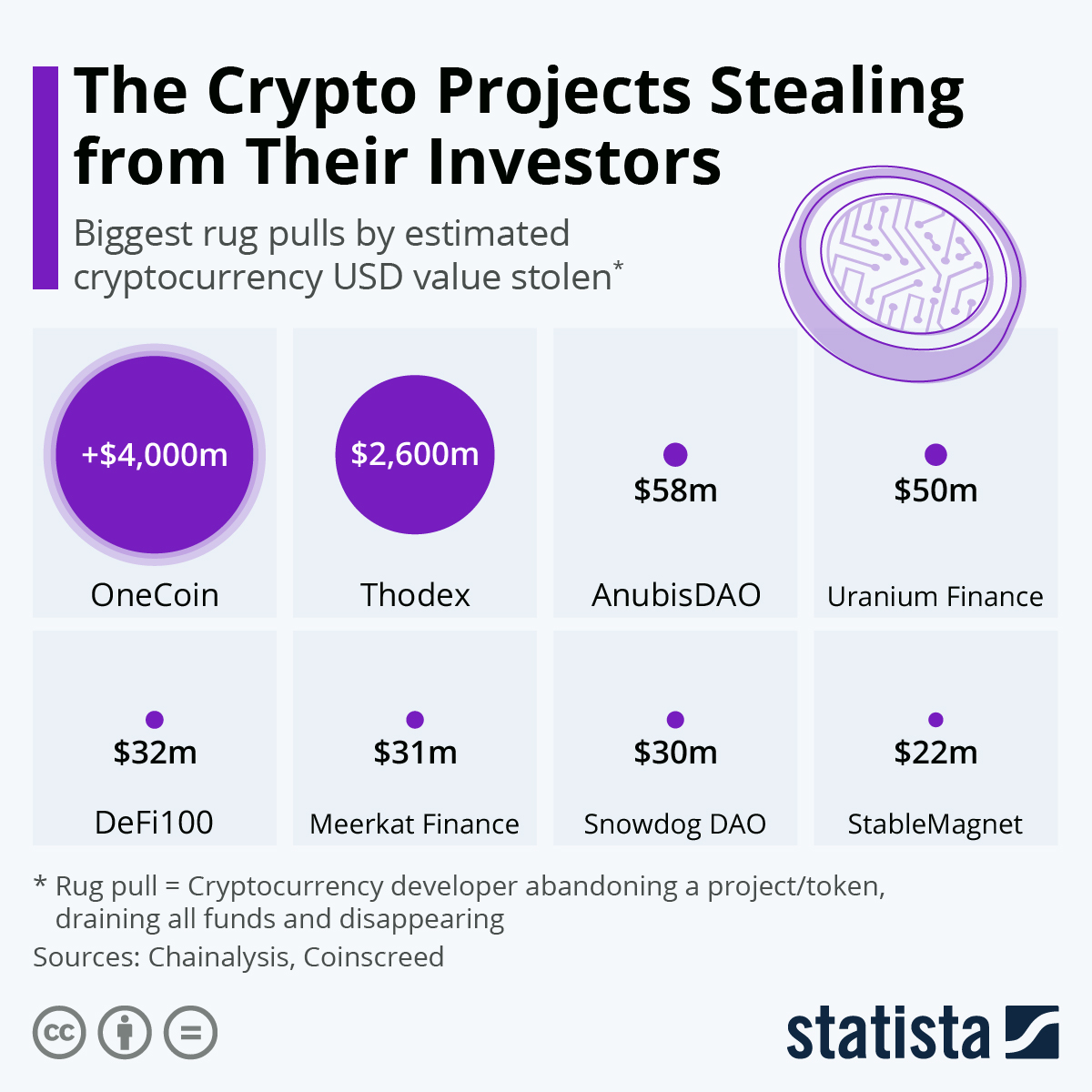 Topping the list is the OneCoin case, which made headlines when the founder of the ponzi scheme started in 2014, Ruja Ignatova, disappeared in 2017 and a joint task force of Europol, German and Bulgarian police raided the company’s headquarters in 2018. Estimates of funds lost range from at least $4 billion to more than $15 billion. Following a stricter definition of a rug pull, OneCoin wouldn’t necessarily qualify for this list, since the currency was never publicly traded or, in fact, decentralized.

The Turkish crypto exchange Thodex, on the other hand, fully qualifies as a rug pull. In April 2021, founder Fatih Faruk Özer fled the country after allegedly having to shut down his platform due to cyber attacks, when in reality, Özer made off with $2.6 billion in investor funds. The rest of the confirmed biggest rug pulls only amount to between $22 and $58 million, which are small amounts when compared to total market capitalizations and trading volumes of cryptocurrencies like Bitcoin and Ethereum, but nevertheless proved devastating for many smaller-scale investors.

Even apart from cryptocurrency creators with malicious intent, businesses in the decentralized finance or DeFi space are valuable targets for hackers, scammers and fraudsters due to its unregulated nature. Overall, more than $14 billion in crypto movements in 2021 were attributed to illegitimate activity by Chainalysis, with cryptocurrency thefts contributing $3.2 billion to the overall amount. 72 percent of this stolen money was acquired from DeFi protocols.

Previous Story:
The pros & cons of a $20k personal loan
Next Story:
This little-known tax credit could give your retirement savings a huge boost