Florida governor Ron DeSantis signed his state’s much-discussed Parental Rights in Education bill, much more frequently called the Don’t Say Gay bill, into law. While his signature was the final step for the legislation to become active in Florida, it might just be the beginning of Don’t Say Gay initiatives in other states.

Ohio lawmakers yesterday introduced a similar bill to Florida’s, which also outlaws LGBTQ education from kindergarten through third grade in public schools. Florida isn’t the only state with a Don’t Say Gay statute, but the first one in more than 20 years to pass one.

According to The Hill, Florida’s bill could be the beginning of a wave of new Don’t Say Gay legislation in schools. The reports counted as many as 15 state-level bills that aim to ban or severely limit LGBTQ topics in K-12 education, for example in Tennessee, Kansas and Indiana. 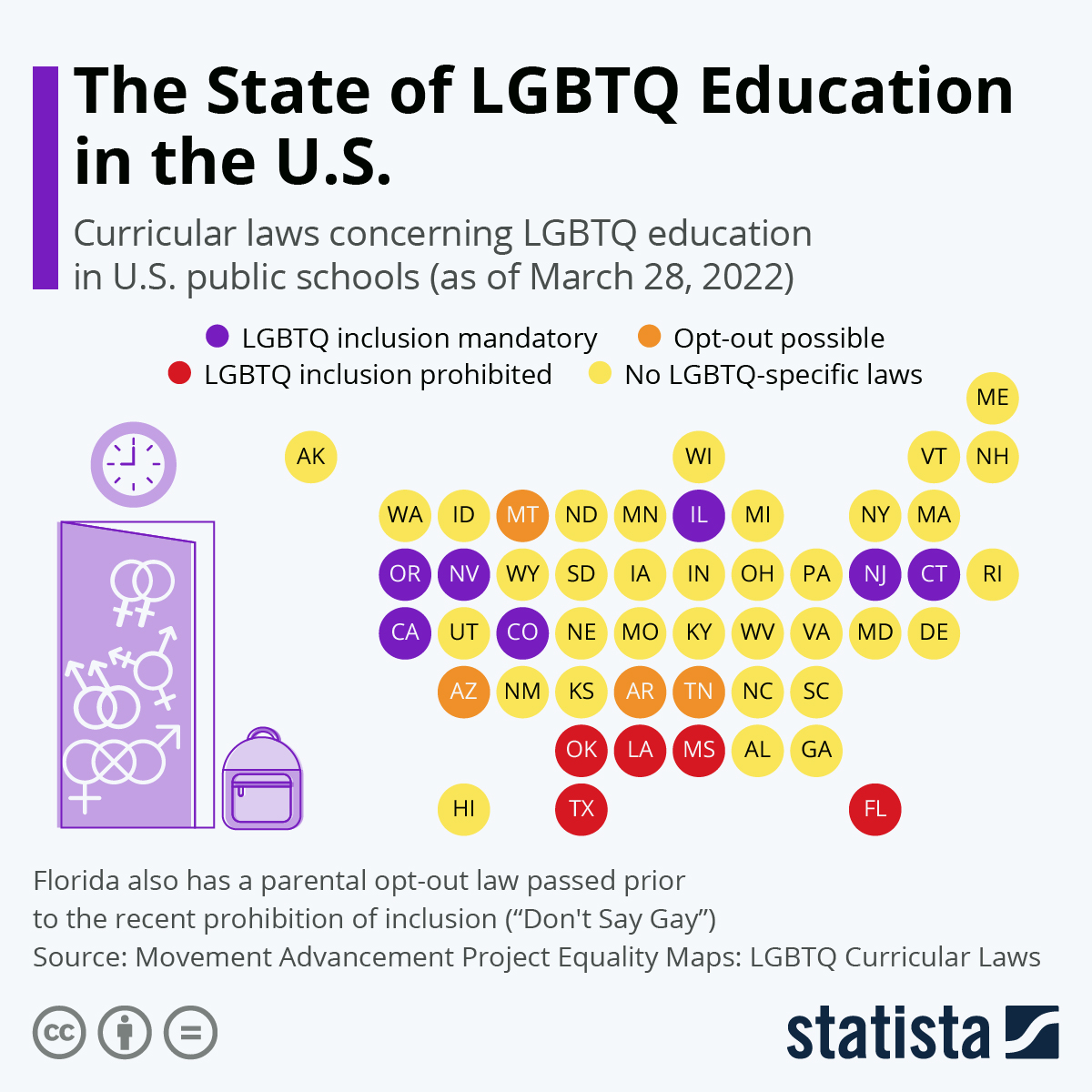 Florida is now one of five states in the nation where educators and staff at public schools are explicitly prohibited from discussing LGBTQ topics as part of the curriculum. Other active Don’t Say Gay bills exist in Texas, Mississippi, Oklahoma and Louisiana. In the latter two states, the bills were passed in 1987, while Texas and Mississippi signed them into law in the 1990s. This is according to data collected by the LGBTQ and voting rights think tank Movement Advancement Project.

Before the Florida law, the last couple of decades had actually seen the removal of several Don’t Say Gay laws, namely in North Carolina in 2006, Utah in 2017, Arizona in 2019, South Carolina in 2020 and Alabama in 2021.

The new Florida statute therefore highlights the opposing developments concerning LGBTQ education in U.S. schools, as several more states have been establishing legal foundations for LGBTQ curriculums – Connecticut and Nevada in 2021 and New Jersey, Illinois, Oregon and Colorado in 2019 added such provisions, while Florida and others are moving in the opposite direction.

Other than in Florida and potentially Ohio, older Don’t Say Gay laws had generally restricted instruction on all age levels, with their wording ranging from “homosexuality is not a lifestyle acceptable to the general public” (Texas) to putting LGBTQ intercourse in the same category as education about current state laws related to intercourse, “including forcible rape, statutory rape” (Mississippi), even though gay intercourse is no longer an offense in the state as of 2003.

Previous Story:
20 of the best financial tips for new college grads
Next Story:
5 tips to drive business success in a post-pandemic world