This custom ’78 Ford Bronco is a green monster 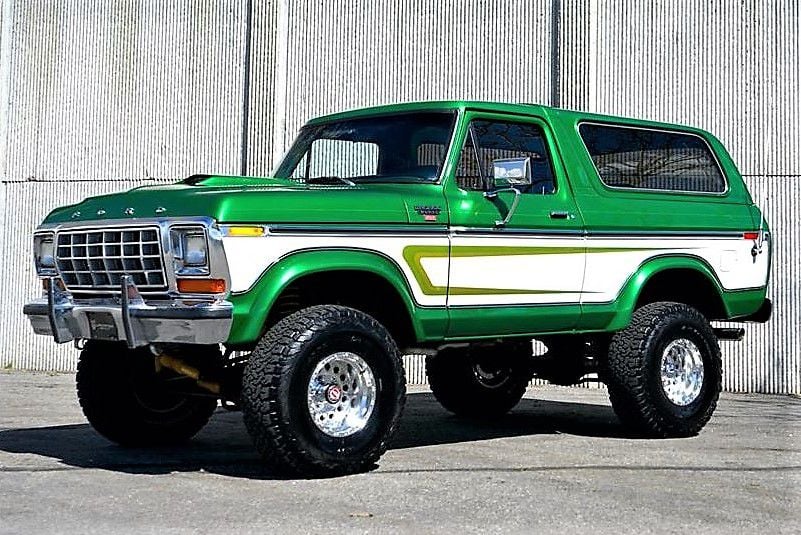 You might need some flared jeans and flannel to go along with this retro-themed, custom-painted Pick of the Day, a striking metallic-green 1978 Ford Bronco complete with lots of chrome, custom accent artwork, and a 429 CID V8 to power it down Main Street.

When Ford released the Bronco in 1966, its intention was for Americans to “cut a trail to the great outdoors.” Ford targeted the Jeep CJ5 and the International Harvester, and the Bronco was well-received at the time. The segment soon became so popular that competitors like the Cherokee and Blazer dipped in for a piece of the action. 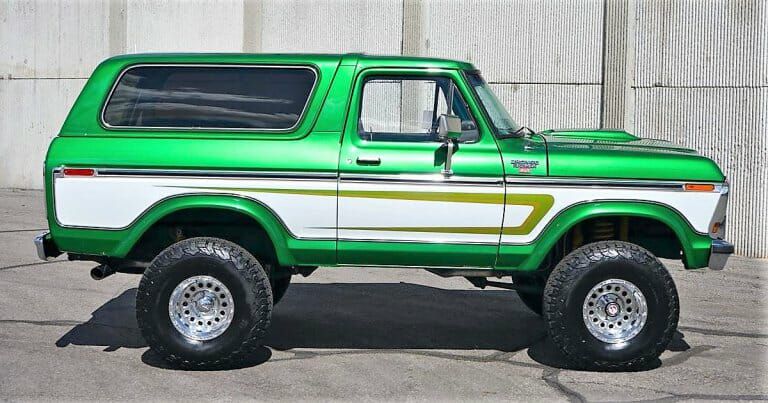 Still, Bronco continued to play a key role in that arena, and it survived through a total of five generations before being discontinued after 1996. (It’s now scheduled to come back for 2021 at a to-be-announced date).

Despite its huge off-road tires, this Bronco is less likely to be found navigating the backcountry as strutting its stuff on the car show circuit or from the comfort of a paved parking lot. Its paint job looks fresh, and the undercarriage appears to be spotless.

According to the private seller in Boise, Idaho, the truck brings “classic and modern looks into one crazy hot rod,” advertising the Bronco on ClassicCars.com. 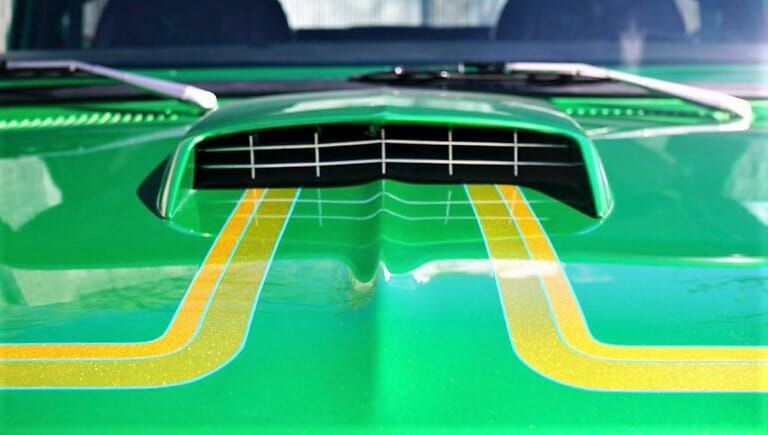 While the ad omits interior photos, the seller indicates that the Bronco has custom seats with a Ford script, green panels, and mustangs stitched in.

From the list of upgrades and enhancements, there has been a substantial effort in all the fine details mechanically, too. The Bronco has a rebuilt transmission, new fuel lines, a limited-slip differential, and 4-wheel disc brakes. Adding to the “modern” component is a Bluetooth-equipped audio system.

Over the course of the Bronco’s three decades, the rarest of all body styles was the 1978-79 third generation. Due to launch timing challenges with the concurrent fuel crisis, the 1978 Bronco came out a few years later than intended, but it was a hot seller when it hit the marketplace. There were about 180,000 Broncos sold during those model years in a variety of trim levels.

There probably aren’t many left today, especially in the show condition of this one.

The asking price is $38,995. The next owner might consider accessorizing with a small disco-ball pendant to hang from the rear-view mirror, available for about $12 on Amazon. 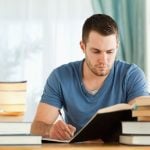 Previous Story:
13 smart study gadgets that can help you ace that test
Next Story:
What is the hardest year of high school?