This ‘plain brown’ Studebaker is no mere grocery getter 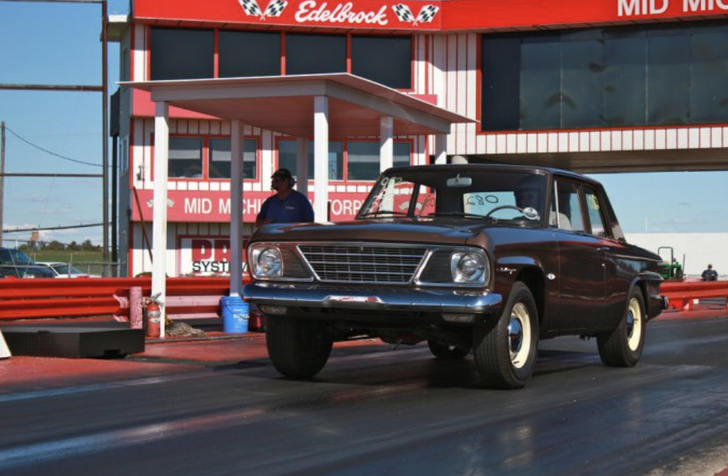 If you do a search for the meaning of the phrase, plain brown wrapper, you find definitions like cover, veil, disguise or camouflage. The phrase denotes something that in many cases suggests something that is forbidden or mysterious.

For George Krem, the phrase perfectly describes his 1964 Studebaker Challenger 2-door sedan, a car that could not be more unassuming than anything your grandparents might have driven to fetch groceries or take a Sunday drive.

Krem, a professional musician, purchased the car new from the local Roselle, Illinois, Studebaker dealer, trading in his very first car, a 1954 Studebaker Commander V8 with overdrive that he drove during his college years. But at 22, Krem decided it was time for a new adventure, so the Challenger became his vehicle of choice.

Why would a 22-year-old, fresh out of college and on the cusp of a budding career as one of the country’s premier trombonists, pick what many considered a dowdy Studebaker, promoted in that year by the struggling carmaker as “Different by Design?”

Indeed, the Studebaker brand was suffering some major damage, particularly in 1964 when the company lost its president, Sherwood Egbert, who had worked tirelessly to revamp the car line, even bringing in Brooks Stevens, the acclaimed American industrial designer. Egbert was suffering from cancer and died about five years later. He was replaced by Byers Burlingame, a Packard veteran who immediately called for a complete production shutdown that eventually signaled the end of production at Studebaker’s South Bend, Indiana plant.

You have to back up to age 15 to understand young George Krem’s fascination with Studebakers, a fascination that continues to this day.

As Krem describes it, his uncle, Jerry Palma, had just purchased a new 1957 Studebaker Silver Hawk with 289cid power and overdrive. In addition, Krem’s best friend’s father had a supercharged 1956 President Classic. Krem couldn’t help but become smitten by the Raymond Lowey Studios-inspired Hawk series, which led to his purchase of the 1954 Commander.

In 1962, away from his studies, Krem fed his Studebaker obsession by paying close attention to the car magazines hyping a completely new Studebaker model, the Avanti. He went so far as to memorize every technical aspect of the car, spending increasing amounts of time at the Roselle dealership, to the point that he could recite such things as the total square inches of glass used in the Avanti.

That year, Studebaker introduced the Avanti to the public by making cars available to dealers for limited appearances. When the Roselle dealership got its single Avanti to show to prospective customers, there was only one person who they could choose to drive and demonstrate it. Young George Krem.

So, at age 20, George Krem became the dealership’s Avanti ambassador for two whole days, but that firmly set the stage for his lifelong dedication to all things Studebaker. Two years later, Krem purchased the Challenger, but what he did next was what truly defined the car for years to come.

With his fascination in performance firmly established, Krem did the only thing a true speed nut could do. He bought his bone-stock Challenger, the one with rubber floor mats, a single sun visor and one armrest a new powerplant. In this case, that was a brand new, factory-built R3 Avanti engine. The car was less than a year old when the new engine dropped into the bay — and it has remained there ever since.

Why not any number of other engine choices? C’mon! This is a Studebaker! Krem knew all about the Avanti R3. This was the high-performance version of Studebaker’s supercharged R2. Andy and Vince Granatelli took a prototype R3 out to the Nevada desert in 1962 and had a timed top speed of 171.10 mph, which at that moment made the Studebaker the world’s fastest production car. The following year they went to Bonneville, where they set a two-way record average of 170.75 mph. There was no question in George Krem’s mind that his plain brown wrapper needed this engine under its hood.

Krem had purchased the Challenger because it was lightweight and it was cheap. The car had no options except radio and a heater, but it did come with Studebaker’s version of Positraction, the Twin Traction rear.

“I wanted to make the fastest Studebaker possible using all factory parts,” he explains.

So, he saved up the $725 needed so he could order a complete R3 engine minus an alternator and Paxton supercharger. “I already had one of those,” he said.

Today, the original brown sedan still sports all of its factory components including mufflers, skinny 70-series tires, 4.56 rear and 8,000-rpm tach. And it regularly runs in the high 12s for the ¼ mile at around 111 mph.

“In 1998 my cousin, Bob Palma, who was a technical editor for the Studebaker Driver’s Club, discovered the Michigan-based Pure Stock Muscle Car Drag Race,” said Krem, who decided it was the perfect place for his speedy Studebaker. Krem and his car hold seventh place in the list of all-time fastest small blocks at the event, recording a 12.617 et at 112.69 mph in 2013.

The Pure Stock drags have fit the Studebaker exceedingly well as George, cousin Bob, well-known NHRA driver Ted Harbit and engineer Nelson Bove have, as a team, consistently beaten many well-known muscle machines over the years, including GTO’s, big-block Chevys, 440 6-pack Road Runners among others.

Krem lives in Holdrege, Nebraska, still performing with his trombone and still terrorizing the drag strip with Plain Brown Wrapper. He’s become a noted expert on all things Studebaker performance, and he will tell you he couldn’t ask for anything more. 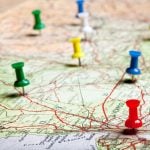 Previous Story:
Why sales tax calculations based on ZIP codes are not enough 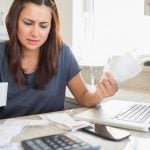 About the Author / Jim Volgarino