Thousands of dangerous asteroids whizzed past Earth this year

NASA’s Center for Near Earth Object Studies keeps an eye on the sky, surveying almost 28,000 asteroids and a much smaller number of comets that pass near Earth. Near Earth Asteroids, or NEAs, also include more than 2,000 potentially dangerous specimen, of which around 150 have a diameter of more than one kilometer, making them 2.5 times as tall as the Empire State Building. 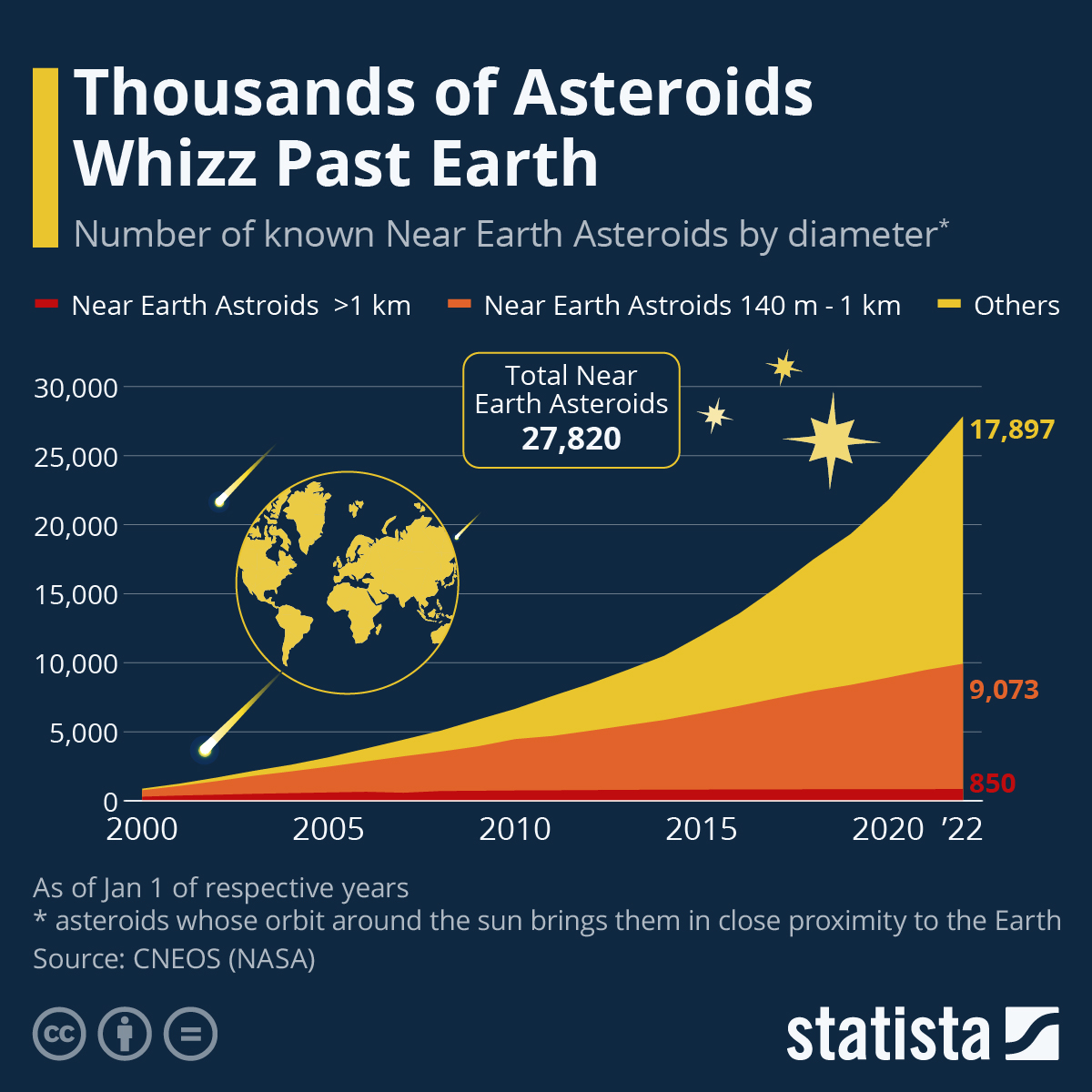 Anyone who has dabbled in paleontology – even in the science fiction realm of Jurassic Park or The Land Before Time – knows that a giant asteroid hitting Earth is not good news for life on the planet. In fact, there is evidence that this may have been one of the main causes of the Cretaceous-Paleogene extinction.

But it does not take a massive asteroid to cause widespread damage. An asteroid that was only ten meters in diameter exploded 25 km above the Bering Sea in December 2019 with the force equivalent to ten Hiroshima atomic bombs. No international or national space organization had detected the small celestial object before it disintegrated above the unsuspecting Earth.

As technology has advanced throughout the decades, people have become better at seeing what is floating around us in the sky. According to Nasa’s CNEOS Center, only a handful of celestial objects had been detected by 1900. The scale of that number did not change much until the end of the century. As of 1990, only 134 Near Earth Asteroids and 42 potentially dangerous objects were detected up above. By comparison, 27,820 NEAs and 2,230 potentially dangerous asteroids had been identified as of January 1, 2022.

Previous Story:
These US billionaires are still profiting off the pandemic
Next Story:
Poll: Most Americans don’t think Trump or Biden should run in 2024