What’s the Cheapest Way to Transport a Car Cross-Country? 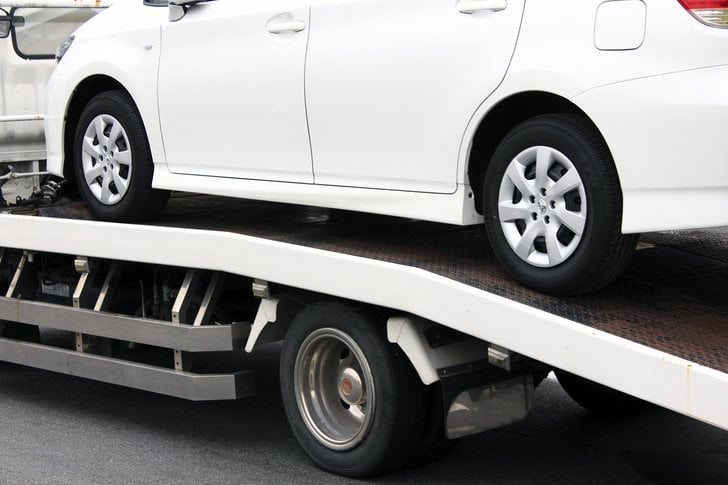 Retired “snowbirds” who go south for the winter and people moving across the country have a range of options for safely relocating their cars, from door-to-door transport via trailer truck to a hired driver. Still, the most economical way to go might the simplest: driving the car themselves. Cheapism compared the options for a standard-size car on a one-way trip of 3,000 miles.

Hiring someone to drive the vehicle reduces stress and saves time, but handing over the keys to a stranger can be scary. A common way to minimize the risk is going through an intermediary that screens drivers. Jesus Pino, former fleet coordinator of Auto Driveaway, which requires references and a deposit from each prospective driver, said a cross-country move is typically around $1,100, with summer being the most likely time to find potential drivers looking for a cheap way to get cross-country themselves. The driver pays for gas, lodging, and food, and the owner of the vehicle is responsible for insurance. This is not a popular option; Pino said most customers prefer a relocation method that doesn’t put miles on their car, but the Truckaway service (with no guaranteed delivery date) jumps to $1,350 to $1,500.

Perhaps the most common way to transport a car cross-country is to put it on a semi trailer, like car dealers do. The cost of truck transport depends on factors such as the type of car and its condition, the season, the distance, and the starting and ending locations (distant but popular routes may cost less than short trips between small towns, for instance). 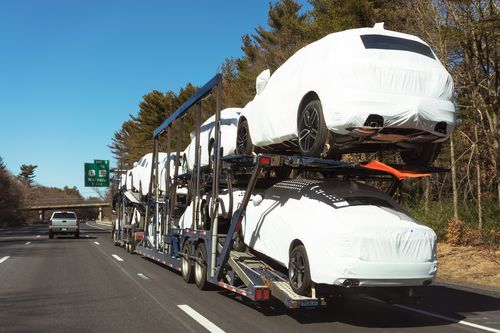 In addition to door-to-door service, companies also arrange transport between two central locations. This is not necessarily cheaper. Often the price varies based on options such as a guaranteed pickup date vs. a delivery window, or an enclosed vs. open trailer.

UShip, an online marketplace for people who need to ship or haul goods, provided a range of quotes for transport by truck, starting at around $1,100 and topping out at around $2,000. This site also posts customer reviews of auto transport services.

Before arranging a trip through a broker, check the company’s credentials through the Better Business Bureau and online at Transport Reviews. Also check with the Federal Motor Carrier Safety Administration, by using the company’s motor carrier number, to be sure it’s licensed. Always ask for proof of insurance and beware a broker or driver who demands a lot of money upfront.

Another option is loading the car onto a train. For distances exceeding about 750 miles, train transport is cheaper than truck, according to representatives from Union Pacific and its ShipCarsNow service, now part of UP’s Loup unit — but they were unable to provide a quote. An on-time delivery of an SUV from Louisiana to Nebraska reported by a pleased user ran $1,500 for door-to-door service.

Vehicles transported by rail travel in enclosed cars, although a shipper who has used train service cautioned that cars are still vulnerable to vandalism while sitting in depots. Train transport is intended primarily for auto dealers moving several vehicles at once, and while individual owners can occasionally find an open slot, it is near impossible to ensure a specific day. This option is available at select locations only, and pickup and drop-off still involve a truck, probably for an added fee.

Amtrak runs a car transport service for snowbirds, who put their vehicles on a train and ride along on the convoy between a station near Washington, D.C., and a town near Orlando, Florida. A one-way fare for a passenger and car ranges from about $334 to $517 in August and September. The trip takes about 18 hours.

The most obvious solution — and the cheapest one for those with time to spare — is to drive the car yourself. Using the Internal Revenue Service’s standard mileage rate of 18 cents for moving purposes (based on the variable costs of operating the vehicle, including gas and oil), the cost of a 3,000-mile trip would be about $540. 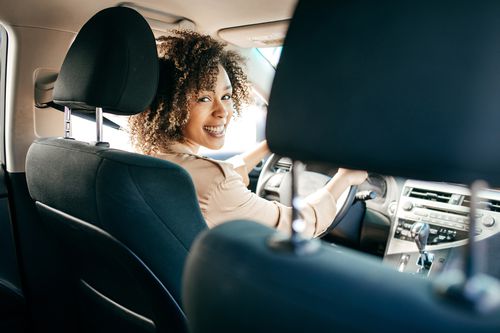 Although the distance can be covered in 48 hours with two drivers rotating shifts, it would require five overnight stays for one driver to safely make the trip. There are still plenty of roadside budget hotels charging $40 to $70 a night, making the cost of five nights about $275 (at the median price). Figure another $130 for food; possibly less if packing snacks ahead of time. Bottom line: about $945 to drive the car yourself.

The cost of using an auto transport company looks even less appealing when you add the price of a one-way plane ticket. A vehicle shipped through a car transport service also cannot carry any personal items. Aside from insurance issues, truck drivers are so conscious of excess weight that they typically request no more than one-quarter tank of fuel in the car. It might cost several hundred dollars to ship a few boxes that would otherwise fit in the car.

Of course, the cost of driving is significantly higher if it requires an unpaid week off work. In that case, it may be cheapest to turn to a truck. 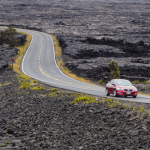 Previous Story:
How to buy a car with bad credit 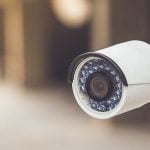 About the Author / Louis DeNicola