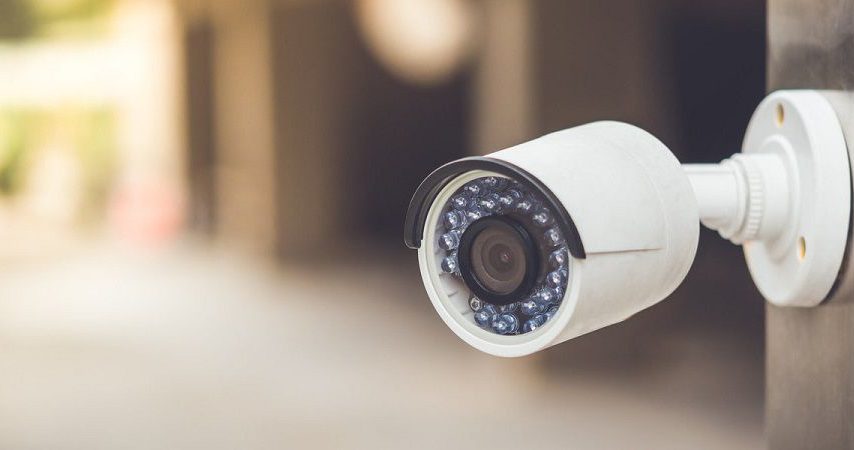 Home security cameras have been around for a long time, but the recent boom in the smart home market means they are simpler and smarter than ever.

Being ‘smart’ means they connect to your home’s Wi-Fi network and can often be accessible from anywhere in the world via a smartphone app.
Footage is stored either locally or online in the cloud, and some smart cameras feature motion tracking and artificial intelligence to only record when something moves in their view.

But, as with smart thermostats and door locks, most renters will find it impossible to install a smart security camera, due to the power cables and mounting brackets most external solutions require.

Thankfully, there are a handful of options available to the renter who wants to install a security camera without making any changes to their landlord’s property. Most of these cameras are designed to be used indoors, but there are some welcome exceptions which are both weatherproof and, importantly, landlord-friendly.

Setting up an indoor security camera 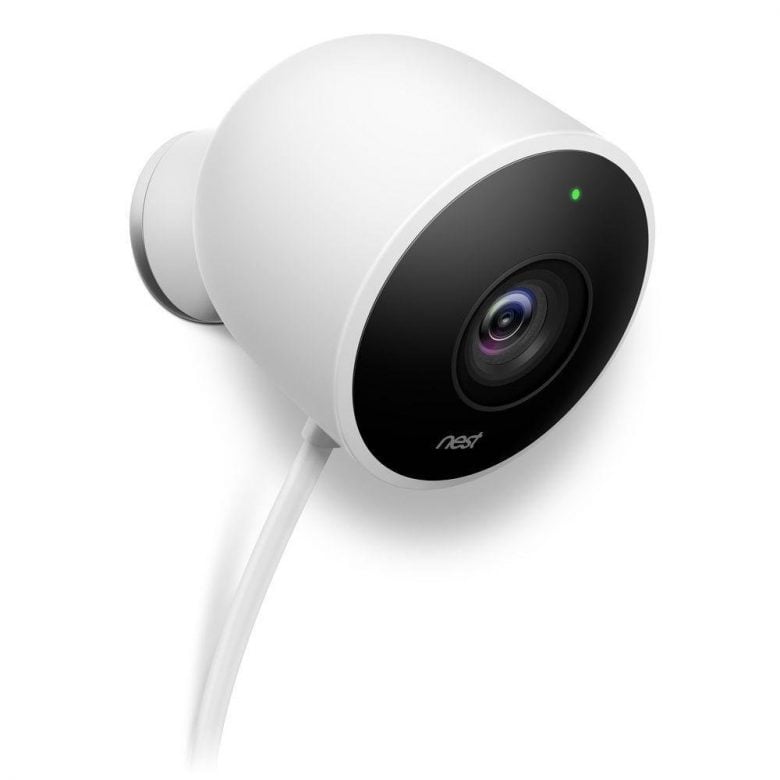 Indoor security cameras are usually designed to sit on a shelf, making them ideal for renters unable to drill holes into the walls. But this also means their all-seeing lenses will likely be closer to you (and in your view more often) than a camera fitted outside the property.

Some readers might be okay with this, but for many it can feel uncomfortable when a camera permanently sits nearby – and guests might well be unimpressed to discover they are being recorded without their permission.

Some smart cameras aim to reduce unwanted recording by using facial recognition to learn who lives in the home. Once the camera knows this, it is less likely to record when you and your family are in shot. However, as we once found with the Netatmo Presence outdoor camera,it takes a while to teach the camera the faces of everyone who lives in your home — and people outside home — along with those of regular visitors like friends and partners. This means a few days of false-negatives pinging your phone, which can become annoying.

It’s best to place an indoor camera high up and with a view of the front (or back) door. That way, you are unlikely to see the lens regularly (helping you and your guests to worry less about being recorded) and the camera has a good view of where burglars are most likely to enter. Of course, placing a camera high up might mean buying an extension cable to power it.

Once you have found a good spot, it’s time to look at the options available to you. These include: 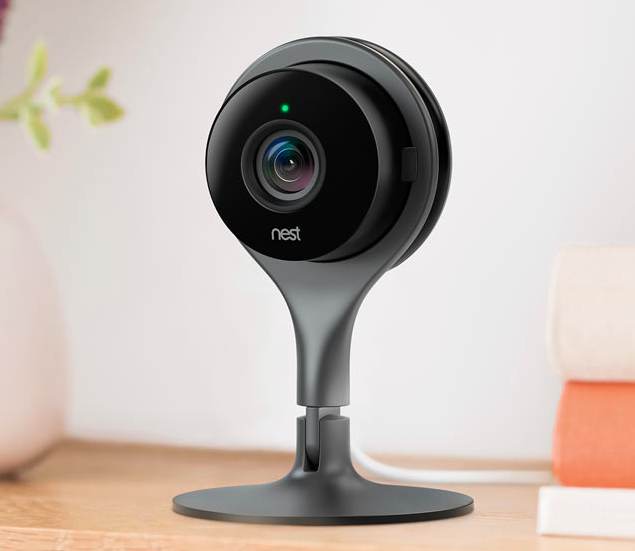 Google-owned Nest is a leader in the smart home market with its intelligent thermostat, smoke alarm and cameras. The Cam Indoor, which GearBrain reviewed, is a small security camera which records in 720p HD and streams that footage to your phone or tablet via the Nest app. It also taps into the Nest ecosystem and can be configured to only record while you are away from home. A microphone and speaker mean you can talk through the camera from the app — if you need to shout at your children or pet, for example – and there are eight infrared sensors to help give the camera night vision.

While basic video recording is free, advanced features like facial recognition (so the camera only alerts you when it sees an unfamiliar human instead of your cat) come as part of Nest Protect, which starts at $5 a month or $50 a year. This also enables continuous 24-7 recording if you want it, and that footage is saved online for five days, where it can be viewed and downloaded. 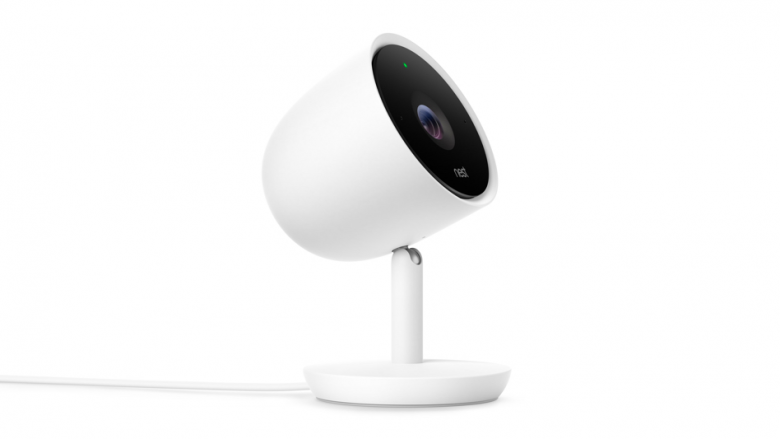 A more intelligent offering from Nest, the Cam IQ shoots Ultra HD video and can stream Full HD to your smartphone. The increased resolution means you can zoom in on footage — to help police identify a burglar, for example — and unlike the regular Nest Cam, the IQ comes with person recognition without the need for a subscription.

However, the Nest Aware subscription is still required if you want to access more than three hours of saved footage. Because it only records when it sees an unknown face, that should be enough in most cases, unless you have it pointed out of a window and onto a busy pedestrianized area.

Other upgrades over Nest’s cheaper option include a better speaker and microphone, plus improved night vision. 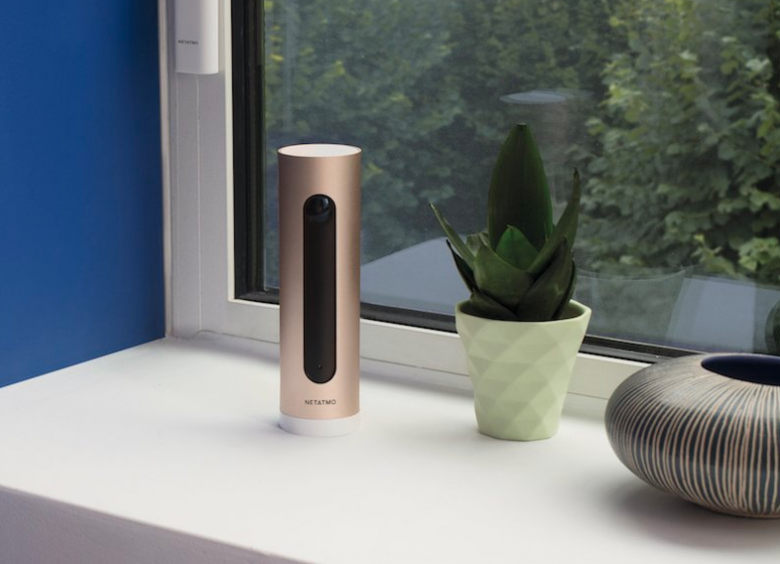 Designed to fit in with the rest of Netatmo’s smart home range — including an indoor and outdoor weather station — the Welcome monitors 24/7 and starts recording when it sees an unfamiliar face. When someone is spotted, the device alerts you via the smartphone app and sends you an image; you can then view a live video feed of what’s going on.

Video can be saved locally to a microSD card or to a personal server or Dropbox account, and there is infrared night vision to capture footage after dark.

Additionally, the camera’s microphone can be used to alert you when it hears the siren of your burglar or smoke alarm – a neat, low-tech feature. 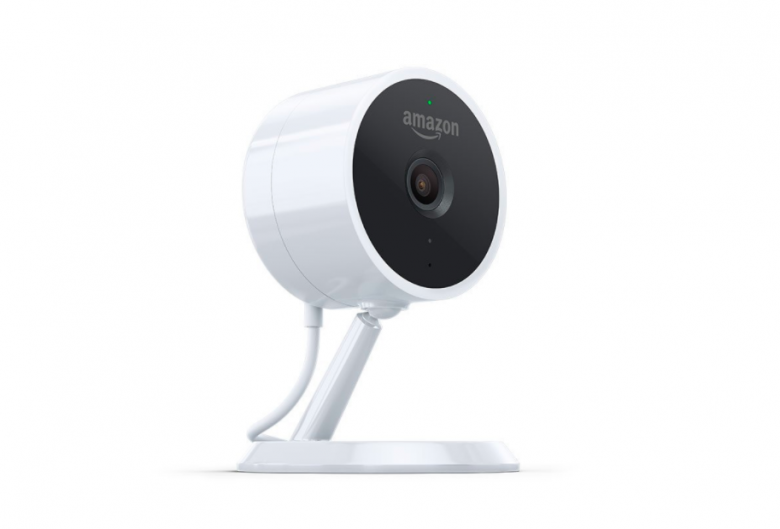 A new entrant to the smart camera market is Amazon with its Cloud Cam. It works with Alexa (or course) and records video in 1080p Full HD. As with its rivals, the Cloud Cam alerts you when it detects movement, then starts recording. You can watch at any time from your smartphone, or view recorded footage later on Amazon’s Cloud Cam website.

As with the Nest Cam, intelligent features like person detection — and 30 days of video storage — are only available with a subscription, which costs from $6.99 to $19.99 a month, depending on how many cameras you install.

A microphone and speaker are used for two-way audio, and eight infrared LEDs give the Cloud Cam night vision. 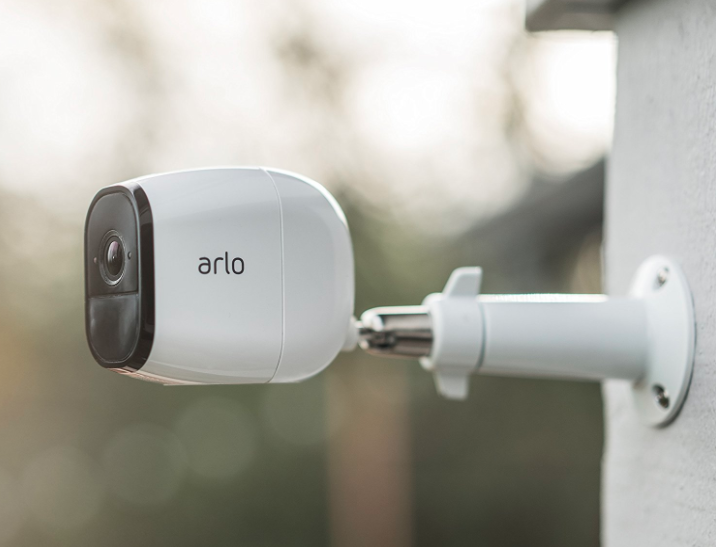 Arlo is the name of a wide-ranging security camera ecosystem offered by Netgear. Importantly for renters, the regular Arlo runs off a rechargeable battery and so is truly wireless.

The camera records in HD, has two-way audio, is weatherproof so can be placed outdoors, and has infrared night vision. Footage is uploaded to the cloud via a hub which attaches to your router and the last seven days of motion-triggered recordings are stored for free.

Renters will likely be allowed to fix the Arlo to a wooden fence post with screws without an issue, but mounting to the building itself will usually require landlord permission. 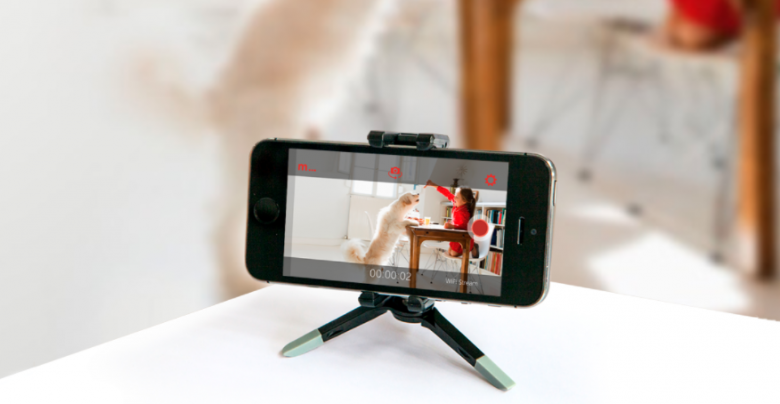 An alternative to buying an expensive new security camera is to give an old smartphone or tablet a new lease of life. The Manything app turns these old devices into security cameras, which alert you when they see something and can broadcast a live video stream with two-way audio to your main device.

Subscriptions , which enable footage to be recorded to Manyapp’s servers, start at $4.99 a month. 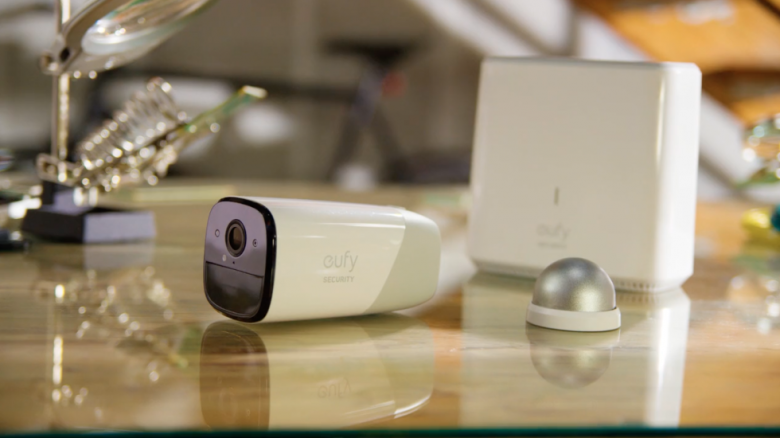 Announced this month, the EverCam by Eufy (owned by power bank maker Anker) is a fully wireless security camera which is claimed to have a 365-day battery life. The weatherproof camera also uses a magnetic mounting system, so if you have something metal in the right place you could conceivably mount it outside without making any modification to your landlord’s property. Failing that, the EverCam can be sat on a shelf inside your home like any other camera.

The EverCam uses artificial intelligence to first decide if a moving object is a living thing, then to work out if that object is a human or something innocent like your pet. Only if the second question comes back positive will the camera start recording footage to its base station, which connects to your router and contains an encrypted SD card. Because footage is stored locally, there is no monthly fee for using the EverCam – a bonus over its rivals.

Facial recognition is used to only record when the camera spots a stranger, like with the Netatmo and Nest products mentioned earlier. 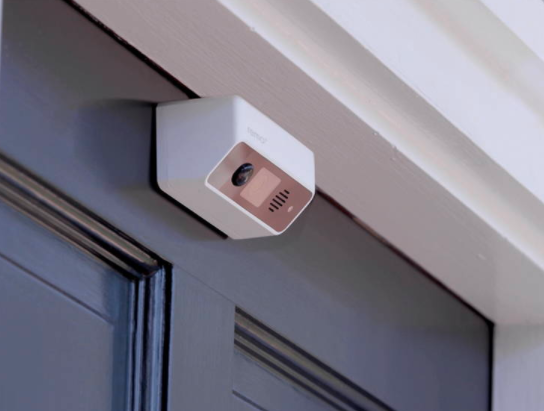 And now for something a little different. Described as an over-the-door smart camera, the DoorCam hangs over your door and requires no wires or mounting equipment.

The camera streams video to your smartphone via Wi-Fi, and there is two-way audio for talking to couriers when you aren’t home. As with other cameras, notifications via the app alert you when movement is spotted.

The manufacturer claims the camera lasts for 12 months on three D cell batteries, while 30 days of video recording is saved to the cloud for $3 a month or $30 a year.

Although we haven’t had chance to use the DoorCam for ourselves yet, we suspect it will be the easiest for renters to install. The camera requires no modifications at all to the door or any part of your home, and it can easily be taken down when you move out. 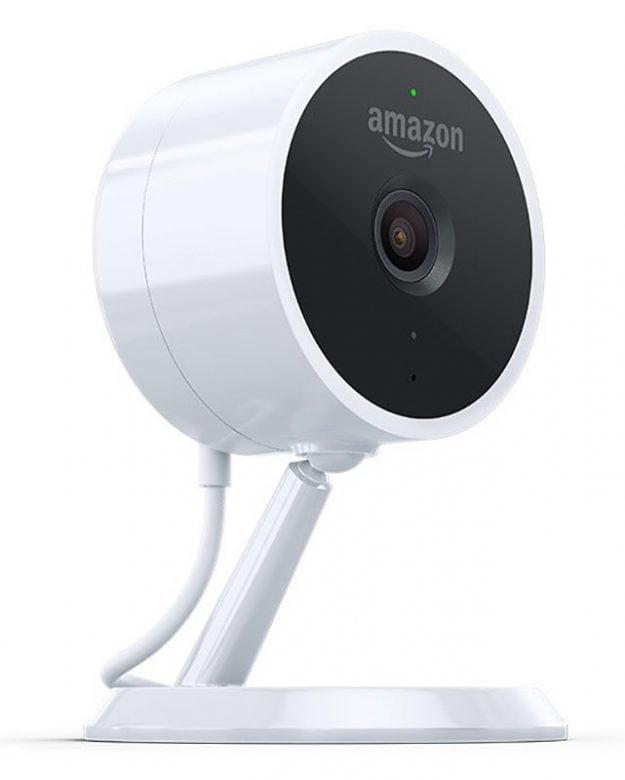 We recommend you exercise caution when installing an outwards-facing camera like the DoorCam. If you live in an apartment, for example, the camera will be facing a communal hallway and potentially through the doors of your neighbors as they come and go. You should check with your building’s management before installing an external camera.

If you live in a house, think about what the camera can see. If it has a clear view of a neighbor’s garden then consider informing them first, and the same goes if the camera looks over other sensitive areas, like a playground.

With any security cameras, you should ensure that recorded footage is time- and date-stamped, and that those details are always correct. 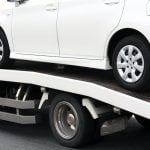 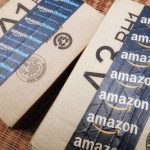 Next Story:
5 best places to shop for smart devices