Who do Americans trust less: The media or the government?

During a survey conducted in 2021, 53 percent of Democratic voters in the United States said that they trust the government, compared to 29 percent of Republican voters. Among Democrats, NGOs were the most trusted institutions, and among Republicans, business was the most trusted. 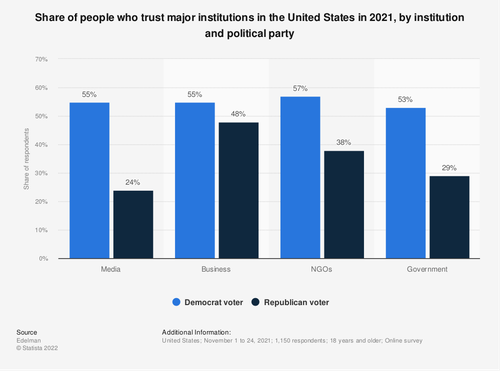 Here are the share of people who trust major institutions in the United States in 2021, by institution and political party:

Previous Story:
Can you really afford to be a homeowner right now?
Next Story:
These are the most-filmed streets in America

About the Author / Erin Duffin