Why has going to the movies gotten so expensive? 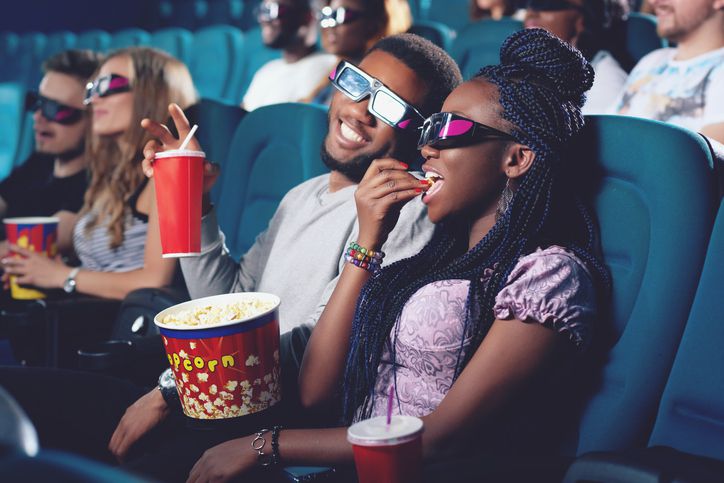 Is there any weekend activity or date plan more reliable than a drive to the multiplex to see a new movie? Americans and Canadians went to the movies more than a billion times in 2018, according to data from the National Association of Theatre Owners. Ticket sales added up to more than $10 billion. Your night at the movies helps fuel a massive industry, but may also be hitting your wallet harder than ever.

In 2018, the average U.S. ticket price rose to an all-time high of $9.11, according to NATO, compared to $7.18 10 years ago. And that’s the average of all tickets sold across the entire U.S. In big cities and at premium theaters, moviegoers shell out much more for a night out.

In New York City, for example, where limited space and high demand already leads to higher base prices, a ticket to see new release Men In Black International in 3D was $20.49 per adult and $17.49 per child. A family of four would pay at least $75.96 — and that’s without concessions, which makes up a bulk of the theaters’ profit. Add on popcorn, candy and soda and you’re looking at a $100 night out.

Are costs actually going up?

“Theaters have to evolve with value-added benefits and experiences that can’t be duplicated anywhere else, such as offering IMAX and other Premium Large Format auditoriums,” Robbins said in an email. “Adjusted for inflation, though, the cost of going to a standard movie relative to average household incomes hasn’t significantly changed in decades.”

Bruce Nash, the founder and president of Nash Information Services, which provides revenue and spending data to the movie industry, agrees.

“In terms of ticket prices nationally, it more or less has tracked to inflation, if you look over the very long term at least,” he said. “The thing that has changed a little bit, I think, is that the theaters are a little smarter about pricing tickets.”

While the average ticket price has remained steady, theaters have gotten better at figuring out consumer spending patterns and adjusting pricing accordingly.

So when do you spend more money?

When a movie is a major event.

“When [theaters] get the chance, with a big Avengers movie or whatever, they can say ‘Well tonight, because this is our best screen, it’s in 3D, you’ve got a great seat, it’s going to be $20 a ticket,” Nash said. “And I think on the flip side to that, there are more deals for Wednesday matinees and special screenings for families and so-on, which can have a much lower ticket price.”

The movie industry now relies more on big budget blockbusters to make money as those are the films that consumers are more likely to shell out money for, said Glenn Williamson, an independent producer and a lecturer at the UCLA School of Theater, Film and Television.

The major studios have gotten “very successful” at doing “visual effects-driven movies,” Williamson said, because they know consumers are willing to pay top dollar for those big events.

Part of what feels like increasing prices is actually just the result of an industry geared towards major movie events, with the reality that consumers will shell out more to be part of it.

That’s especially crucial now, Williamson said, as moviegoers can watch premium and even recent movies at home on streaming services. Movies that become events may soon be the only movies people are reliably willing to leave their couches to go see.

Have too many streaming services? Here’s how to cut back.

But why are movie snacks so expensive?

There’s also the matter of the snacks. Movie theateres give a percentage of each ticket sold back to the studio, and with big budget releases, it may be most of the ticket.

The studio may ask for as much as 70% of the ticket revenue, and the theater doesn’t have much room to negotiate. So it’s in the theater’s best interest to make as much of their revenue as possible through concessions, which is why food and drink prices are so marked up, Nash said.

What’s ahead for the movie business?

Moviegoers may have shown they’re willing to shell out big bucks for a premium experience, but they increasingly want a theater that delivers on price and rewards them for their loyalty. Boutique-style theaters offering full food and drink menus, like Alamo Drafthouse, deliver a first-class movie experience, and experts like Robbins see this trend continuing.

Loyalty programs, like AMC’s Stubs A-List program, lets consumers pay a flat fee for up to three movies a week. Despite the high-profile 2018 meltdown of movie membership competitor Moviepass, subscription-type programs will play an important role in the future of the movie biz, said Robbins.

“AMC has demonstrated how successful the subscription model can be through their success with A-List, and more chains are following suit with their own versions,” he said.

While you may be paying top dollar for premium showings of blockbuster movies, national chains and independent theaters alike offer deals on weekday matinees, including bargain Tuesdays and special discounted showings for different audiences. But if budget is your number one priority, you may not get to see the next big Marvel release in 3D on opening night.

Are you an avid moviegoer? Here’s how to save. 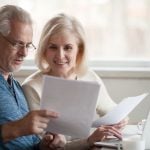 Previous Story:
Here’s how long $1 million will last in retirement in every state 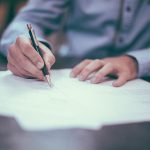 Next Story:
Over 50 and looking for a new job? Avoid these 8 resume mistakes