Why the ultra-rich are flocking to this surprising country

According to Knight Frank’s 2021 Wealth Report, the number of super wealthy individuals across the world increased despite the coronavirus pandemic. The global Ultra-High Net Worth Individual or UHNWI population (individuals with a net worth of $30 million or more) grew 2.4 percent over the course of the last 12 months and it now stands at more than 520,000. Growth was strongest in Asia at 12 percent in the past year. 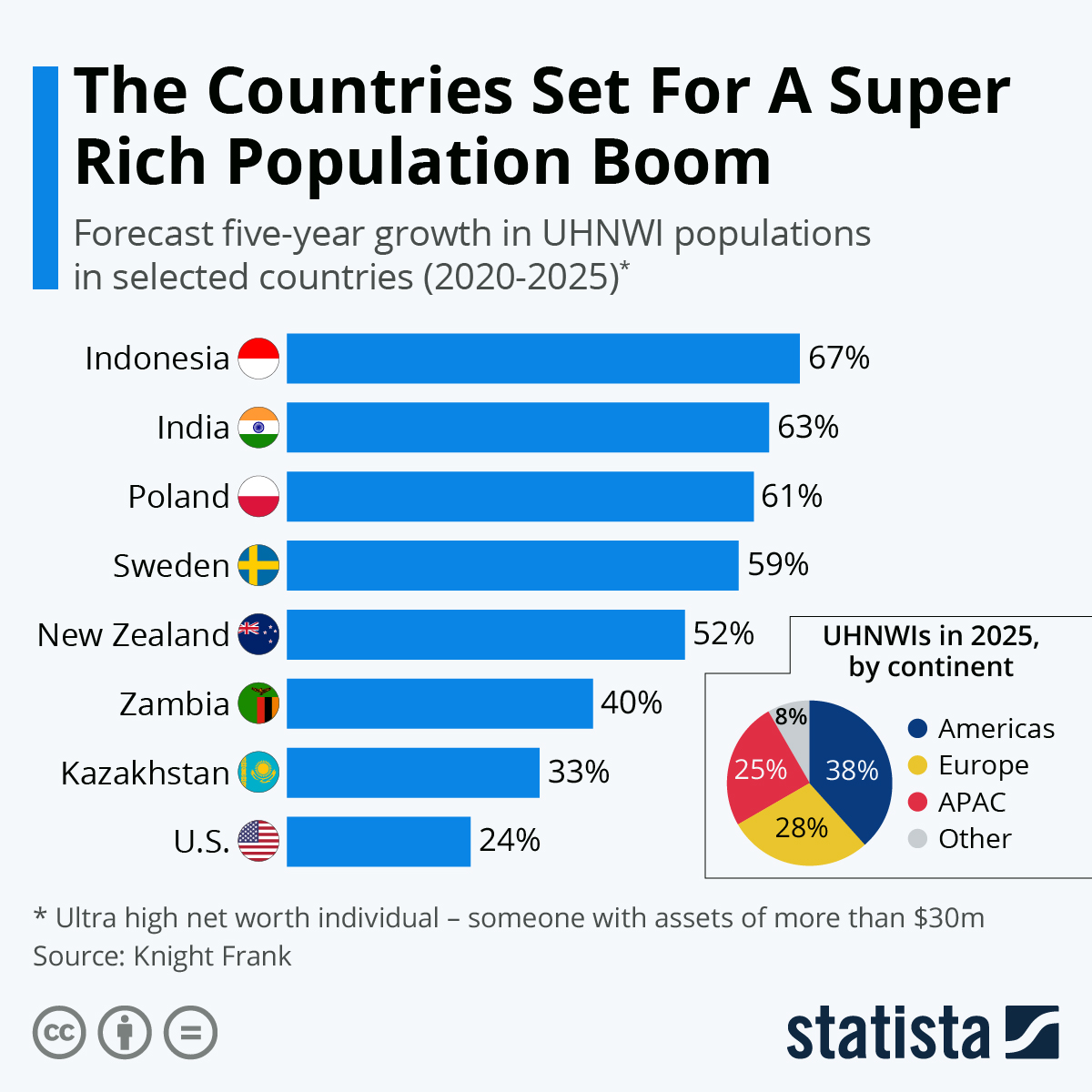 UHNWI populations are expected to climb by another 27 percent until 2025. The Americas are expected to remain home to the most UHNWI globally: 38 percent, or 254,000 individuals by 2025, mostly concentrated in the United States.

But strong growth in Asia will see the APAC region catch up in the coming five year. At 25 percent, or approximately 169,000 UHNWI, by 2025, the region is expected to be home to almost as many UHNWI as Europe (28 percent/186,000 UHNWI). The biggest growth countries in Asia (and the world) will be Indonesia and India, which will increase the size of their UHNWI populations by more than 67 and 63 percent, respectively.

Even though it is home to the most super rich individuals by far, the U.S. is not expected to grow its UHNWI population this fast over the coming five years. Growth between 2020 and 2025 is forecast to be 24 percent.

The fastest growers in Europe, Poland and Sweden, were still growing their UHNWI populations by around 60 percent, while the top country for UHNWI growth in Africa, Zambia, accomplishes 40 percent.

You could retire rich. Here’s how

Previous Story:
Are you using the best pillow for the way you sleep?
Next Story:
This woman was a Titanic survivor, but people thought she was lying