As 2021 comes to an end, it’s time to look forward to the year ahead in sports.

With the Winter Olympics in February, March Madness on the calendar and a landmark NWSL season to come, women’s sports fans are in store for an exciting year.

Here are the 20 athletes to know or get reacquainted with in 2022.

Rhyne Howard has been a basketball player to watch since she was named Tennessee’s Gatorade Player of the Year in 2018, ahead of her breakout rookie season at the University of Kentucky. Now a junior, Howard is solidifying herself as a top contender for the No. 1 WNBA draft pick, averaging 20 points on the season. With a March Madness run and a professional debut on the horizon, 2022 may be Howard’s year to break onto the mainstage.

Catarina Macario is quickly becoming a household name, racking up 12 caps with the United States Women’s National Team and lighting up the pitch with her French club Olympique Lyonnais. As the USWNT gear up for the 2023 World Cup, Macario is a favorite to lead the squad’s next generation of young talent.

Carissa Moore burst onto the scene in 2021, capturing gold in surfing at the Tokyo Olympics. The 29-year-old has been dominating the sport for quite some time now, but with a new, integrated World Surf League schedule in 2022, Moore has an opportunity to ascend to new heights.

Coco Gauff had a stellar 2021 WTA season, especially considering the tennis prodigy is still just 17 years old. Finishing the year ranked 22nd and making a quarterfinal run at the French Open, Gauff has set herself up for a breakthrough 2022.

Mikaela Shiffrin has already ascended to the top of her sport, earning three medals, including two gold, in alpine skiing. Now, the American is looking to make history at the Beijing Olympics, hoping to race in all five ski racing events. She enters the Games with a series of World Cup wins and is actively shattering skiing records on her way to China.

Jin Young Ko had a storybook 2021, winning the LPGA finale in November and clinching the Player of the Year award. Can the 26-year-old follow up her banner year in 2022, and what will that mean for her burgeoning rivalry with Nelly Korda?

Nelly Korda made history in 2021, becoming the first golfer to win an Olympic gold medal and a major championship in the same year. The 23-year-old American traded places as the world No. 1 with Ko for most of last year, and if the rivalry persists into 2022, golf fans are in for a treat.

Aliyah Boston is lighting up the floor for the South Carolina women’s basketball team, averaging 16.8 points and nine rebounds per game on the season. After coming up short last year, the Gamecocks and Boston are heavy favorites to win the title in 2022.

Jaelin Howell ended her career with Florida State on a high, leading her team to the 2021 College Cup title. The 22-year-old has already made 19 appearances with the USWNT and is a heavy favorite to be the No. 1 overall pick in the NWSL Draft, should she decide to stay in America rather than decamp to Europe. Making her professional debut, Howell is poised to have a breakout year as a future star of the USWNT.

Emma Raducanu emerged from obscurity to take the tennis world by storm, winning the U.S. Open at just 18 years old. After becoming the first qualifier to capture the Grand Slam, all eyes are now on Raducanu to follow up her breakout year with another.

Chloe Kim captured national attention when she won gold in the snowboard halfpipe at just 17 years old during the 2018 Winter Olympics. Now 21 years old, Kim is hoping to defend her Olympic championship in Beijing. The California native has a chance to cement her legacy as a snowboarding legend with the 2022 Olympics in February.

Most WNBA fans know Betnijah Laney by now, with the 28-year-old entering the league in 2015. The 2021 season, however, was Laney’s most comprehensive yet, as she averaged 16.8 points, 5.2 assists and 4.1 rebounds per game. With the New York Liberty coming into their own, Laney could be poised to mount an MVP campaign in 2022.

Kelsey Turnbow is going pro after an impressive career at Santa Clara, which included a National Championship last season and College Cup semifinal run this year. Selected 18th overall by the Chicago Red Stars in the 2021 Draft, Turnbow will make her NWSL debut with San Diego Wave after being traded to the expansion club in November.

Abby Roque is set to make her Olympic debut with Team USA in Beijing after an impressive collegiate hockey career at the University of Wisconsin. The 24-year-old will look to lead the U.S to their second-consecutive gold medal come February.

Jamie Chadwick has already solidified herself as a racing superstar, winning back-to-back W series championships. As a development driver on the Williams Formula One team, the 23-year-old is poised to break racing barriers in 2022.

Jessie Diggins made history in 2018 when she and teammate Kikkan Randall clinched the United States’ first-ever cross-country gold medal at the Pyeongchang Games. Racing in all six cross-country events, Diggins will look to add to her medal haul in Beijing, cementing her place in the sport’s history.

Sofia Huerta has been a star in the NWSL since she was drafted to the Chicago Red Stars in 2015, but 2021 seemed like something of a renaissance for the 28-year-old. Moving to the outside back position, Huerta anchored a successful OL Reign team, notching six assists during the season. Huerta ended the year by fielding a compelling performance during the USWNT’s Australia friendlies, setting herself up for a potential landmark 2022.

Paula Badosa cracked the top 10 world tennis rankings during the 2021 season, ending the year at No. 8, a career-high. The 24-year-old also had her best Grand Slam result to date this season, making a quarterfinal run at Roland Garros. Will 2022 bring Badosa her first Grand Slam victory?

Alysa Liu will make her Olympic debut in February, less than a year after her inaugural senior international appearance. At 16 years old, Liu represents the next generation of American figure skating and will compete for a place on the podium in Beijing.

Jamie Anderson is another athlete to watch at the Winter Olympics, with the 31-year-old poised to make history. After winning back-to-back slopestyle gold medals and a silver medal in big air in 2018, Anderson could become the first snowboarder, male or female, to earn five total Olympic medals at the Beijing Games.

This article
originally appeared on JustWomensSports.com and was
syndicated by MediaFeed.org.

Previous Story:
16 smoothies that can help you keep your new year’s resolutions 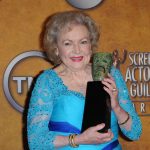 About the Author / Clare Brennan