The scariest drives in America 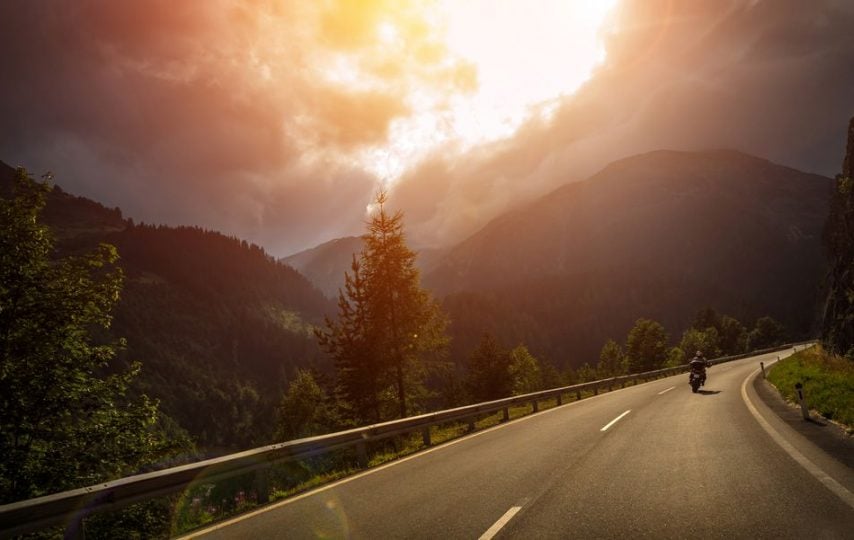 If you’re looking to add some thrills to your upcoming road trip, these harrowing drives across America will get your adrenaline pumping, make your heart race, and bring on a case of white knuckles. From haunted roads to sky-high highways and byways carved right into the side of mountains, here are 15 of the Scariest Drives in America to inspire your next trip.

1. The Tail of the Dragon 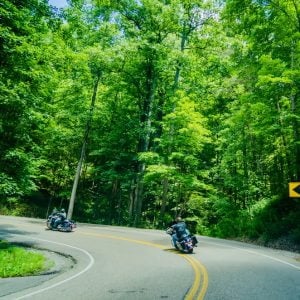 The Tail of the Dragon is a remote, long, twisting road with 318 curves, 11 bridges, and few guardrails. It begins in North Carolina at the intersection of Highways 28 and 129 and ends at the Tabcat Creek Bridge in Tennessee. It was initially promoted as a perfect road trip for motorcycle enthusiasts, but many drivers enjoy the thrills year-round. 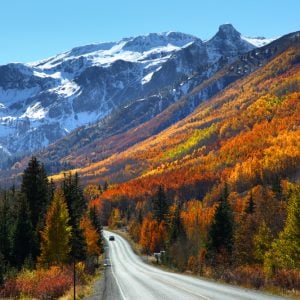 Part of the Colorado San Juan Skyway, The Million Dollar Highway is a 25 mile stretch of Route 550 in between the towns of Silverton and Ouray. Literally cut into the side of a mountain with no guardrails or a shoulder, the road has sheer dropoffs on either side. Drive slow, keep your eyes on the road and let passengers enjoy the harrowing views. 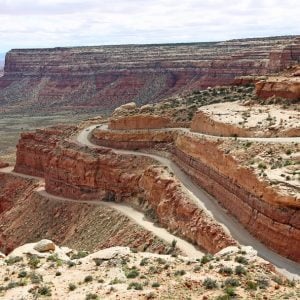 Moki Dugway is a three-mile drive located between Cedar Mesa and Mexican Hat in southeastern Utah, connecting Highways 95 and 163. This road carved from the face of a cliff was created for truck drivers hauling ore. The unpaved switchback road goes right up the side of a mountain at an 11% grade with no guardrail. 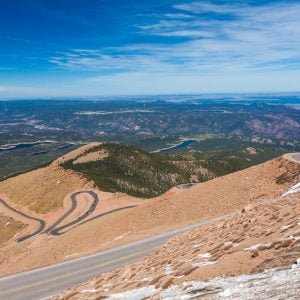 Pikes Peak Highway is a 19 mile paved toll road through Colorado’s Rocky Mountains to the summit of Pike’s Peak. One of the highest roads in the United States, you climb from 7,400 feet above sea level to 14,115 feet in a short stretch of mountain terrain. 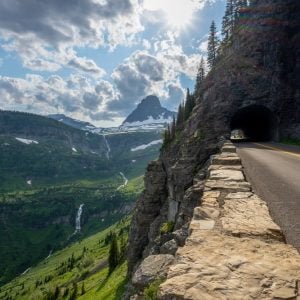 Going-to-the-Sun Road in Glacier National Park is a 50-mile spine-tingling experience with sheer cliffs and narrow switchbacks. Some stretches have no rails or short rock railings, while others only have caution signs warning you of upcoming dangers. 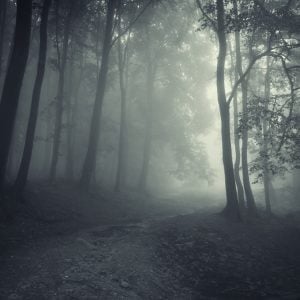 Zombie Road in Wildwood, Missouri, is considered one of the most haunted routes in the world. Officially Lawler Ford Road, this two-mile portion through a dense forest was often used as a shortcut. However, a popular urban legend now keeps people away for fear that they would be attacked or murdered by the Zombie Killer. 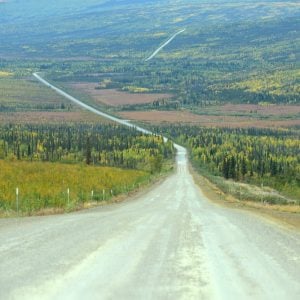 Made famous by the TV show Ice Truckers, this desolate Alaska road dubbed the loneliest drive in North America, brings a whole new meaning to solo travel. The 414-mile route is so full of danger that rentals cars aren’t allowed. With below-freezing temperatures, avalanches, whiteout snowstorms, truck-flung rocks, slick conditions, steep portions, and thick mud, it’s not a surprise why.

Deadman Pass in Oregon’s Blue Mountains is one of the most hazardous portions of Interstate 84. Known for its double-hairpin turns, a 6% grade, and treacherous winter downhill conditions, make sure you check your brakes before attempting this drive. 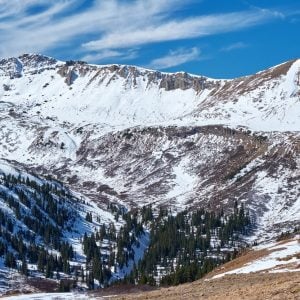 Independence Pass in the Rocky Mountains of central Colorado is the highest paved road in the state. The route is narrow and winding, with no room for error at 12,000 feet above sea level. It’s full of steep drop-offs, tight curves, and narrow stretches that can fit only one car at a time. 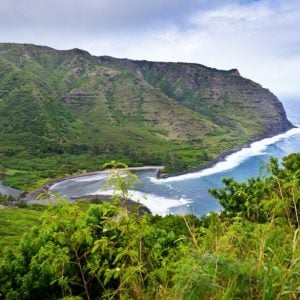 The east end of Molokai offers stunning ocean views, but as you get closer to the Halawa Valley, the road becomes extremely twisty with hairpin turns and switchbacks that may leave some travelers prone to car sickness. Nevertheless, this one-lane road, located right next to the ocean and sea cliffs, is one of the most beautiful places in the Hawaiian Islands. 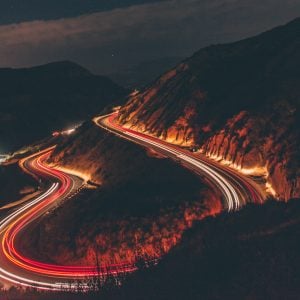 For decades California State Route 138 in between the San Fernando Valley and Las Vegas was among the most dangerous roads in America. The steep and twisting two-lane highway with narrow shoulders and no divider was responsible for more than ten fatalities every year. After a serious of serious accidents, the state of California improved the road for safer driving conditions. 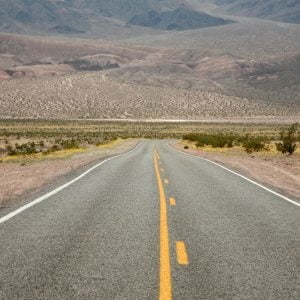 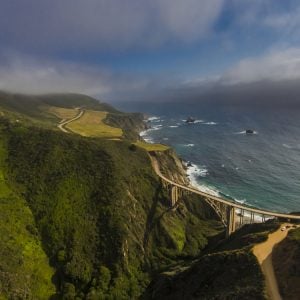 Highway 1  in California might be one of the most popular drives in America, but those with a fear of heights may want to switch the passenger seat. The winding two-lane highway crosses numerous bridges, including Bixby Bridge which soars 280 feet above the Bixby Creek Gorge in Big Sur. 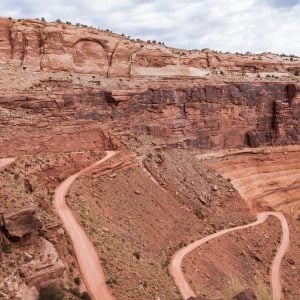 Outside of Moab, Utah in Canyonlands National Park is a 100-mile off-road route that’s both breathtaking and scary. Located in the Island in the Sky District between the Colorado and Green Rivers, this road has steep dropoffs with no guard rails anywhere in sight. 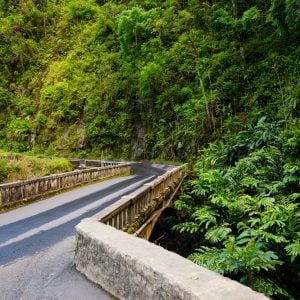 This stretch 65-mile portion of Route 36 and 360 from Kahului to Hana in East Maui, is beautiful but harrowing. Depending on how many Road to Hana stops you make, the trip can take 7-12 hours because the winding, narrow drive has no stop signs, turn lanes, or traffic lights. In addition, there are nearly 600 curves through the dense, tropical rainforest and 46 bridges with one lane only. As a result, many leave the driving to professionals and a guided tour.

This article originally appeared on Savoteur.com and was syndicated by MediaFeed.org.

Previous Story:
Weird & wonderful pizza toppings from around the world
Next Story:
The best indoor grills of 2021

About the Author / Casandra Karpiak