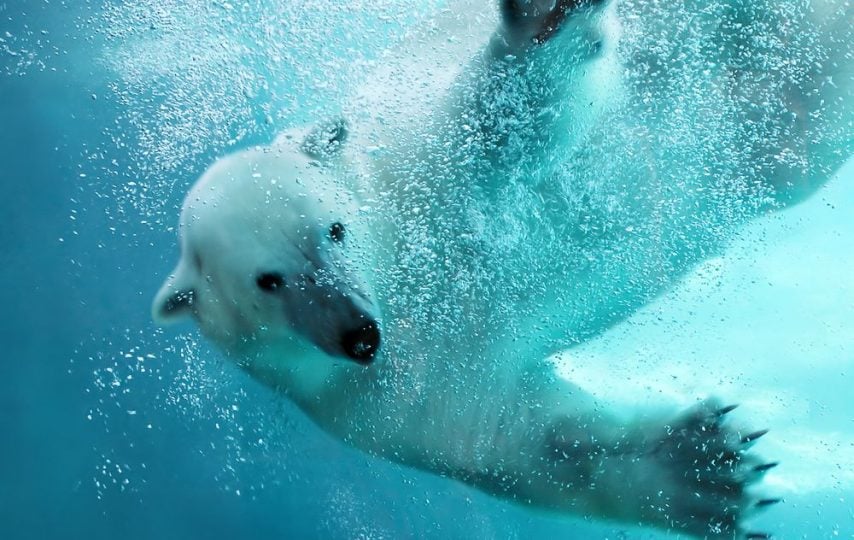 Our planet “clearly and unequivocally faces a climate emergency,” according to a new study by 11,258 scientists from 153 countries, which provides six broad policy goals that must be met to address it.

The study, published Tuesday in the journal Bioscience, states “Despite 40 years of global climate negotiations, with few exceptions, we have generally conducted business as usual and have largely failed to address this predicament.”

It calls for changes that could help to slow, but probably not reverse climate change. In fact, by the mid-21st century,  the world might lose many species and things that have become familiar to us, even if we do change our current activities. Here are some of the creatures, food and other things that are in danger of extinction in the next 30 years — and what steps are underway to prevent their disappearances. 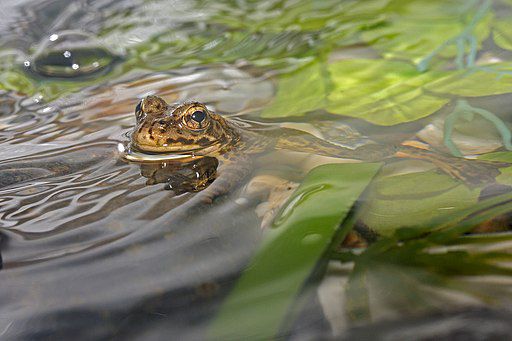 Once said to be the most abundant amphibian in Southern California’s Sierra Nevada and Transverse mountain ranges, the mountain yellow-legged frog has become endangered. Even though they can survive freezing, high-elevation winters, these frogs have largely succumbed to other dangers. They are extinct in more than 93 percent of their former homes and scientists predict they could be completely extinct within decades. The U.S. Fish and Wildlife Service created a recovery plan in 2018 aimed at helping save this species. 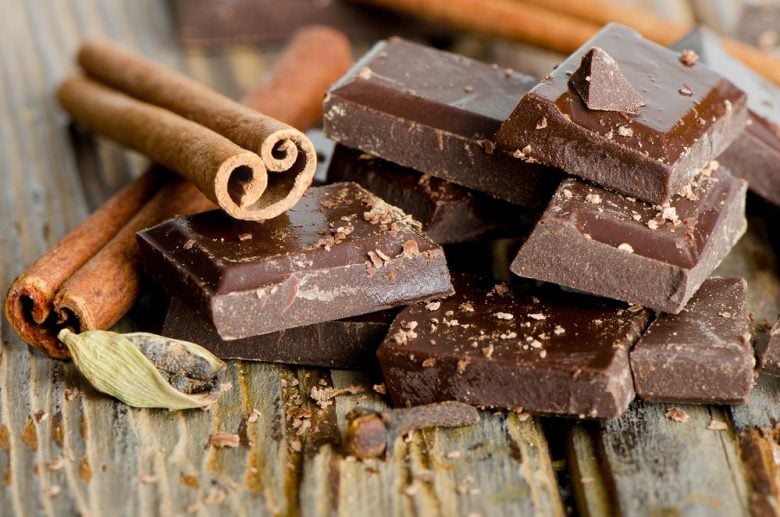 Say it isn’t so! Researchers blame things such as warmer temperatures, drier weather conditions and fungal diseases for the decline of the cacao bean, from which chocolate is made. It’s been reported that, by 2050, the plants that yield chocolate could be pushed into higher, mountainous areas that are currently restricted. Chocolate-producing companies, such as Mars, are incorporating sustainability plans to help preserve the plants and improve the chances of a chocolatey future. 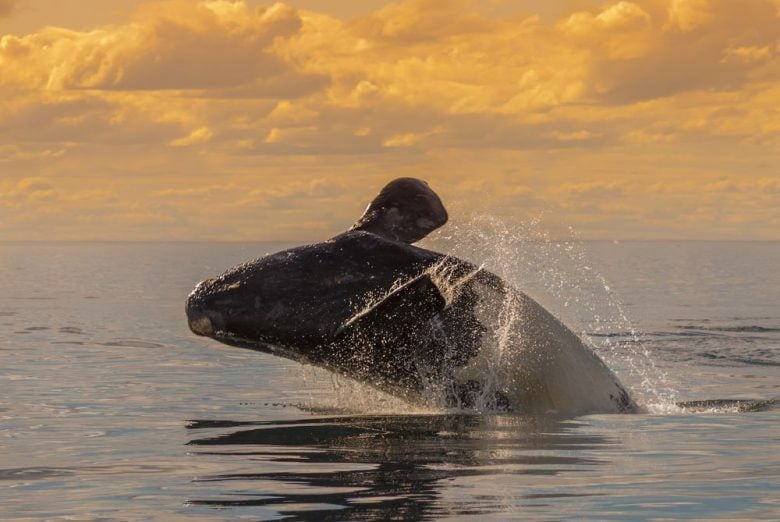 Researchers estimate there are only about 450 of these Atlantic Ocean-dwelling whales in existence. Commercial whalers had hunted them to near extinction by the early 1890s. While whale hunting is no longer a major concern, humans are still the greatest threat to right whales. Entanglement in fishing gear and being struck by vessels are the leading causes of known mortality for the whales. The National Oceanic and Atmospheric Administration is working to save them. 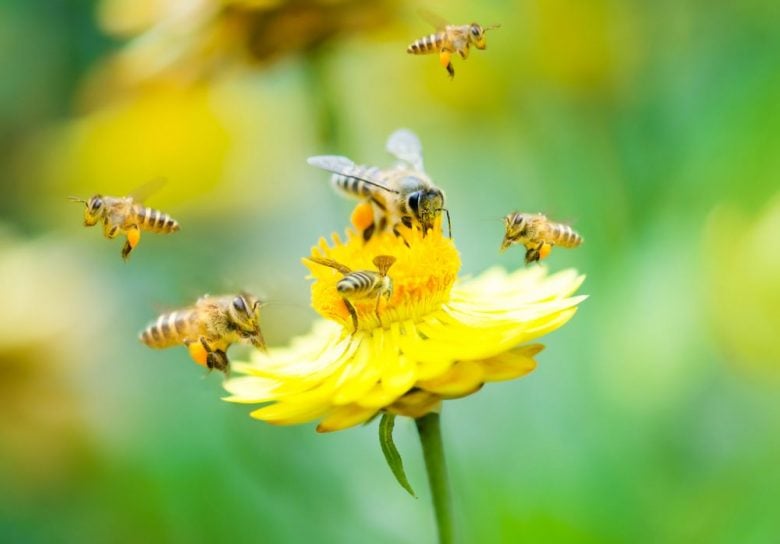 We’ll admit, being stung is no fun, but bees are important little critters. Without their pollination assistance, many of our food sources could disappear. Yet researchers warn that if the Earth continues to warm and bees can’t adapt, we could lose them. Organizations such as the Honeybee Conservancy strive to save the bees. You can also help by doing things like planting bee-friendly gardens and putting up bee houses. 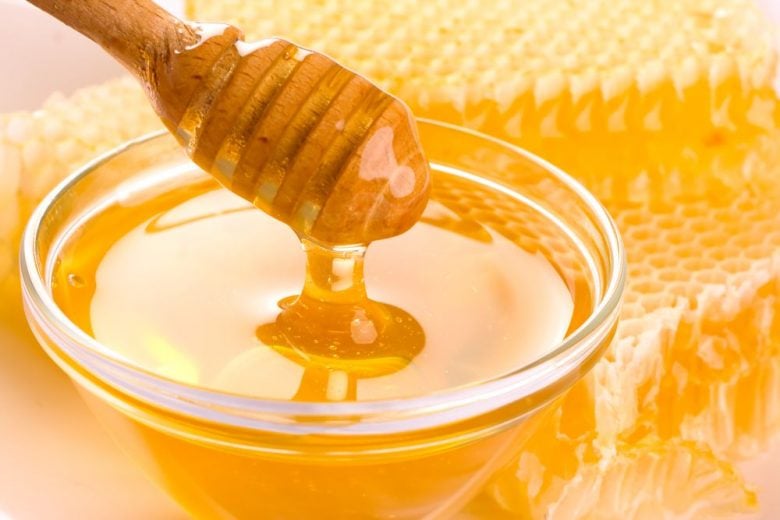 Of course, if we don’t have bees, we also won’t have natural honey. Fortunately, everyone can help bees survive and thrive. You could even become a beekeeper and harvest honey from your backyard … or even your living room! 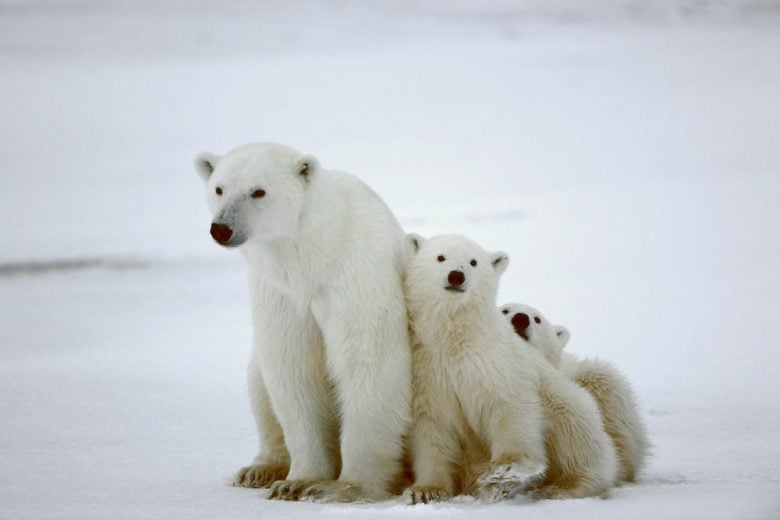 Arctic ice is melting. This effect of climate change is causing polar bears to travel farther than they have in the past. The bears are exerting more energy just to find prey to survive. Researchers estimate the number of polar bears has declined by 40 percentover the past decade alone. 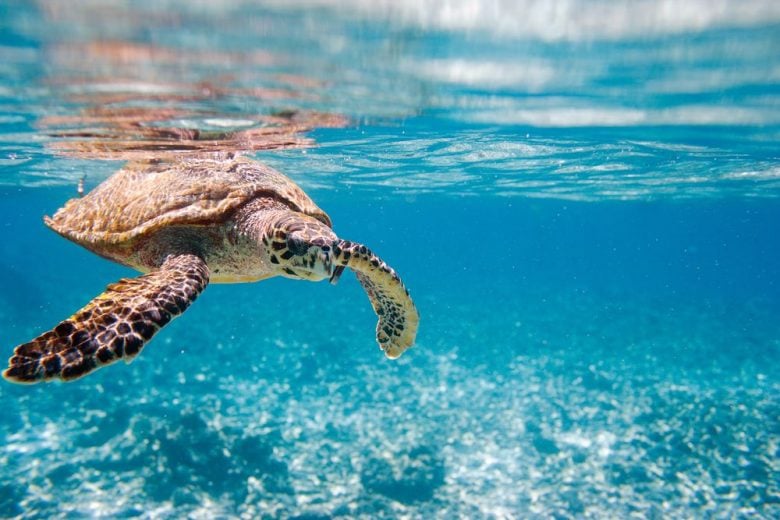 Many sea turtle species, such as the hawksbill sea turtle, face numerous threats. People around the world eat the turtles’ eggs despite their protected status. They are killed for their flesh, shells or accidentally when they are caught in fishing nets. Another major threat to sea turtles is plastic. Straws, bottles, bags and other plastic products can look remarkably similar to jellyfish and other turtle food. 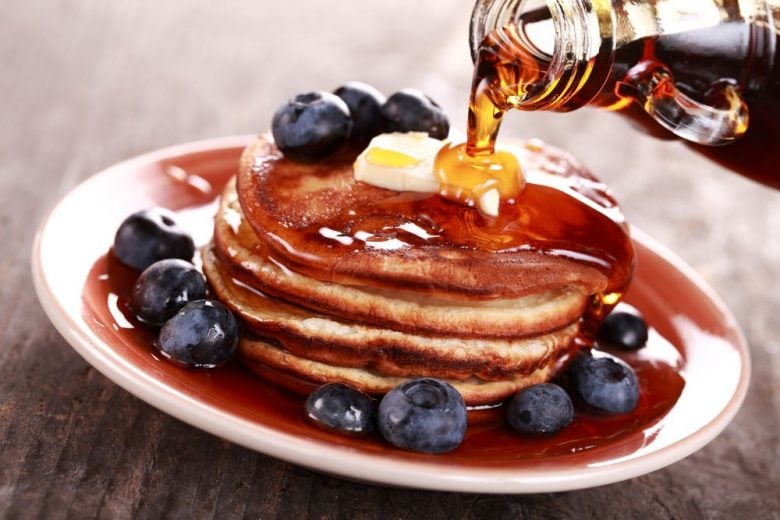 Once you have tasted real maple syrup, the imitation, maple-flavored pancake syrup from the grocery store doesn’t compare. And if you’ve never sampled pure maple sugar candy, you are missing out on a heavenly treat. However, those rich, amber goodies could be a thing of the past by 2050. A study that took place between 1994 and 2013 showed that climate change causing warmer, drier growing seasons has stunted the growth of sugar maples. 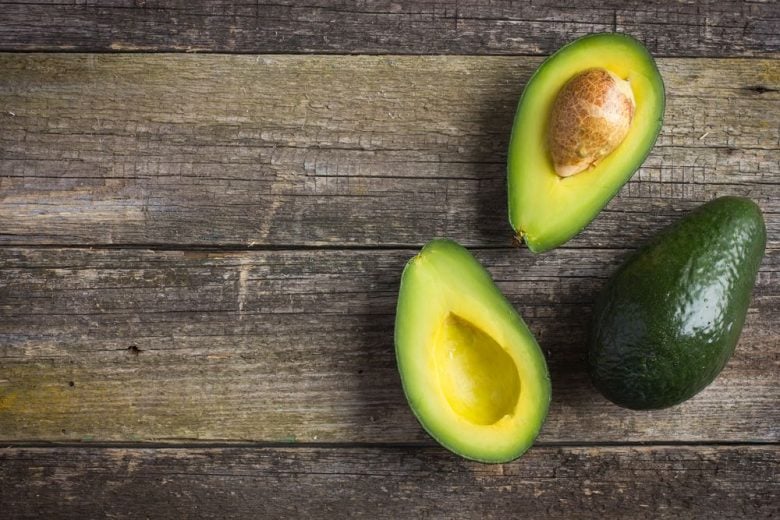 If you enjoy an avocado a day, you are not alone. But there is a chance that within the next few decades, you will really miss your avocado toast and guacamole. Along with increased demand, environmental changes could endanger this bumpy, green fruit. 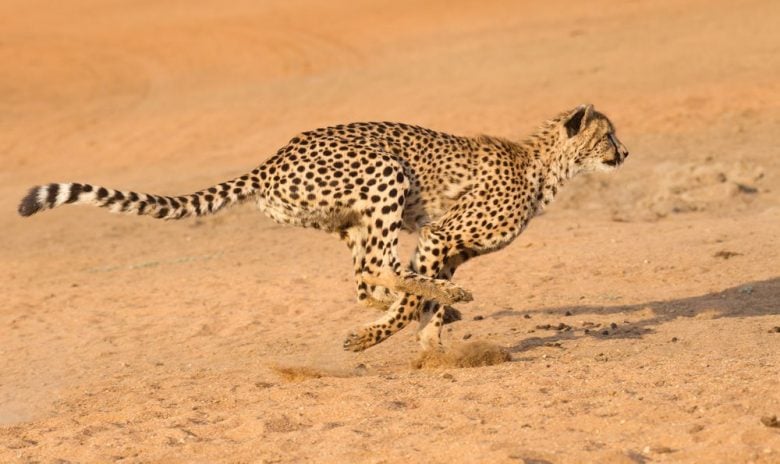 In 2017, experts announced that fewer than 50 Asiatic cheetahs remained in existence. The animals, a subspecies of the cheetah that now only remains in Iran, are endangered by busy roads as well as local herders who want to protect their flocks. Efforts are being made to protect these stunning cats. 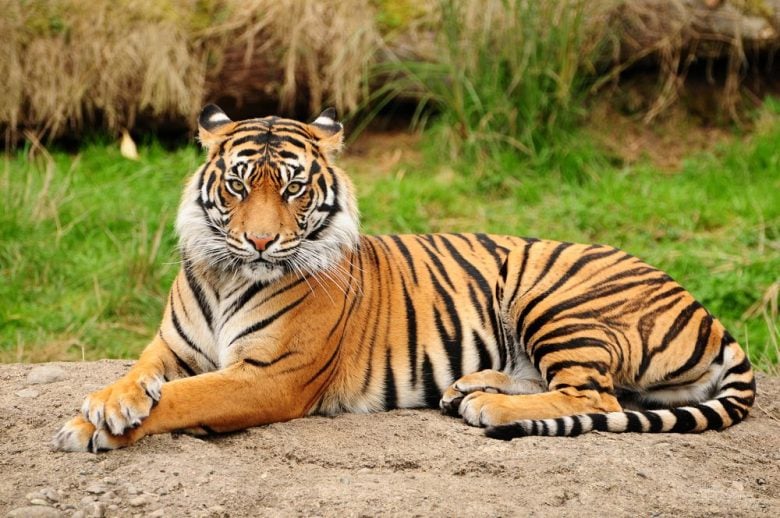 Tigers are another big cat that might not be around by 2050. They were once voted the world’s favorite animal in an international survey by Animal Planet. However, three of the nine original tiger species have become extinct in the last 80 years. With an average of one species gone every 20 years, researchers predict all tigers could become extinct within the next decade, at least in the wild. 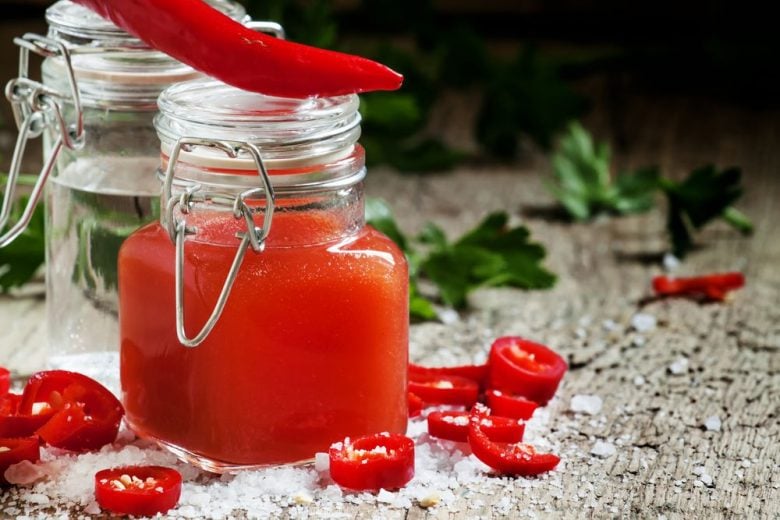 If you love a spicy dash of this hot sauce on your eggs, tacos or any number of other foods, you might want to stock up. The piquant peppers used to make Tabasco sauce have been grown on marshy Avery Island, Louisiana since 1868. However, the island has been sinking into the ocean a bit more each year due to storms and rising seas. The company is working to preserve the land, but they could ultimately have to move to prevent their brand from becoming a bygone. 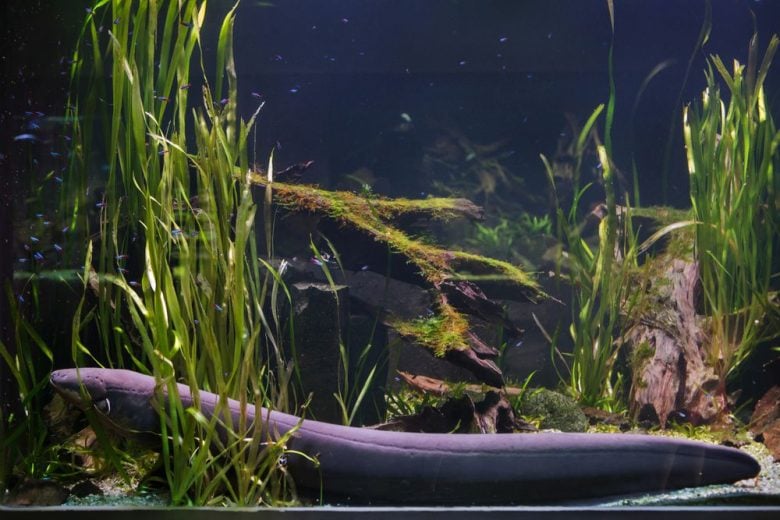 The International Union for Conservation of Nature includes the American eel, the European eel and the Japanese eel on its “Red List.” According to this list of endangered species, eels have been depleted in the wild because they are a delicacy in some places, such as Japan. Conservationists around the globe are working to protect the sea creatures. 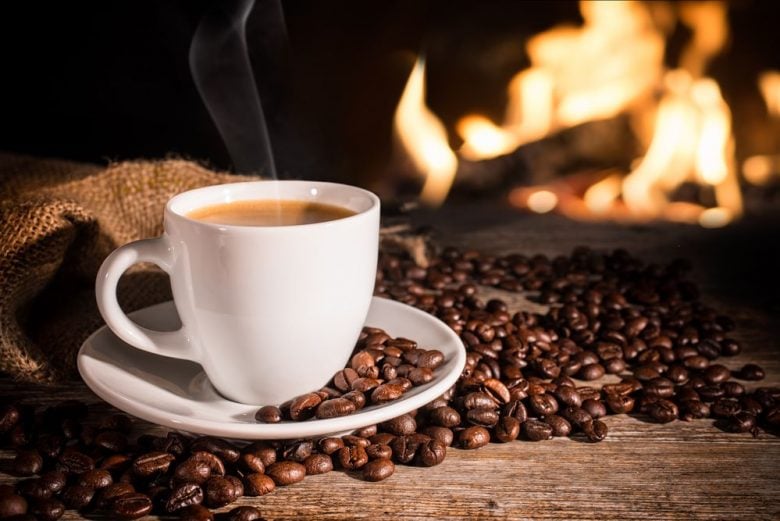 If you thought the possibility of losing chocolate was dire, consider that coffee could become a memory, as well. Researchers report that climate change, deforestation, droughts and plant diseases are to blame for the risk of extinction. Conservationists who say the current system is not sustainable are working to improve it. 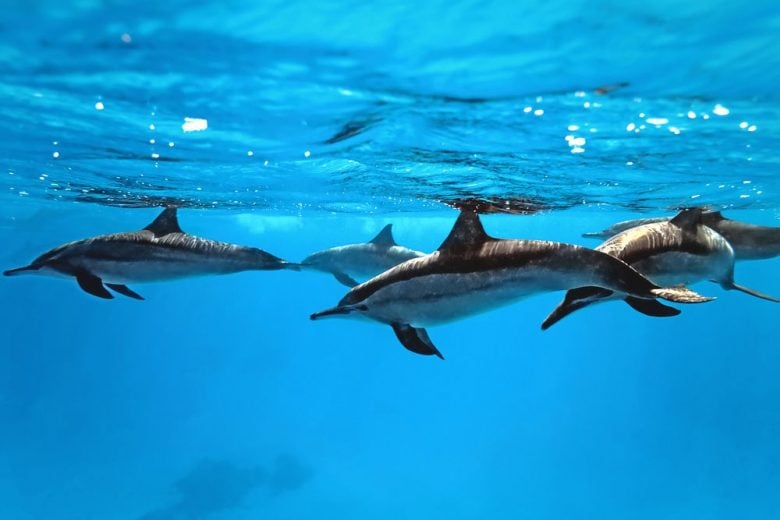 There are currently 49 dolphin and porpoise species. Sadly, many of these are endangered, such as the vaquita porpoise, the Yangtze finless porpoise and the Atlantic humpbacked dolphin. These friendly creatures are often entangled in fishing nets, where they drown because they cannot come up for air. 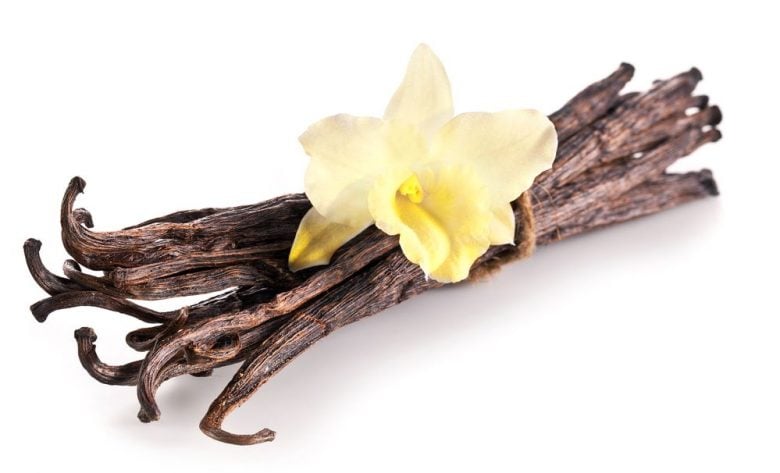 If you are a stickler for authentic vanilla extract, this might be depressing news. Experts report a worldwide shortage of vanilla beans. The orchids from which the beans sprout are difficult to grow and the process of preparing them for use is long and tedious. Its high price has made it attractive to thieves, leading many growers to give up on their crops. Coupled with deforestation, this could result in the plant becoming largely extinct in future decades. 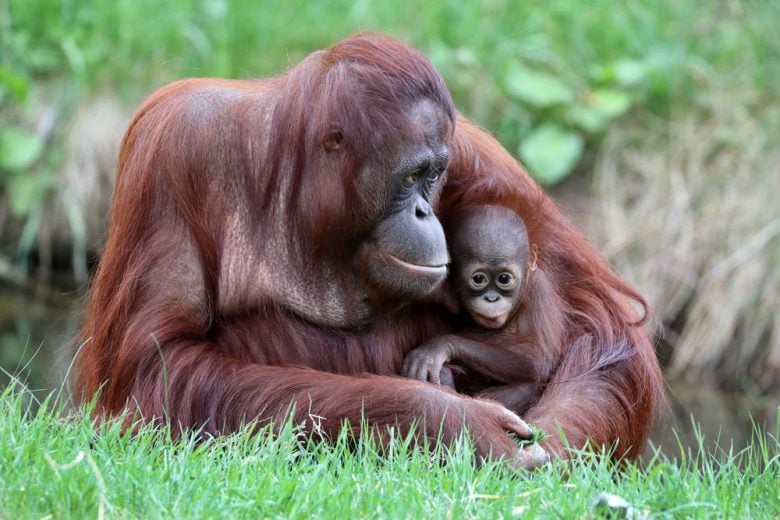 It’s hard to imagine a world without these soulful-eyed apes. However, Bornean orangutans are considered an endangered species. Hunting and deforestation are primary causes for the declining numbers of orangutans in the wild. Sadly, people sometimes shoot the animals when they encroach upon populated areas as well. 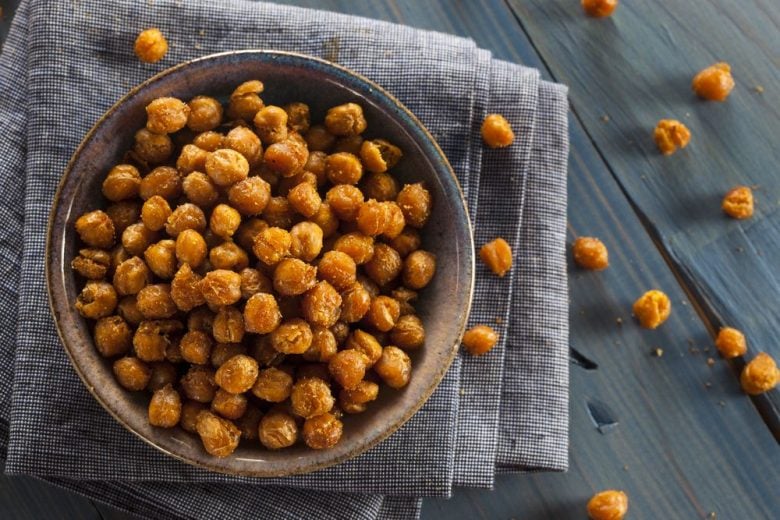 Did you know that chickpeas represent the primary source of protein for about 20 percent of the world’s population? So, even if hummus or roasted chickpeas don’t make you happy, news of the plant’s potential extinction should make you feel blue. An extreme lack of genetic diversity, along with factors such as drought and insects, is threatening the legume. Unless scientists can successfully crossbreed them with related plants, chickpeas could become a distant memory by 2050. 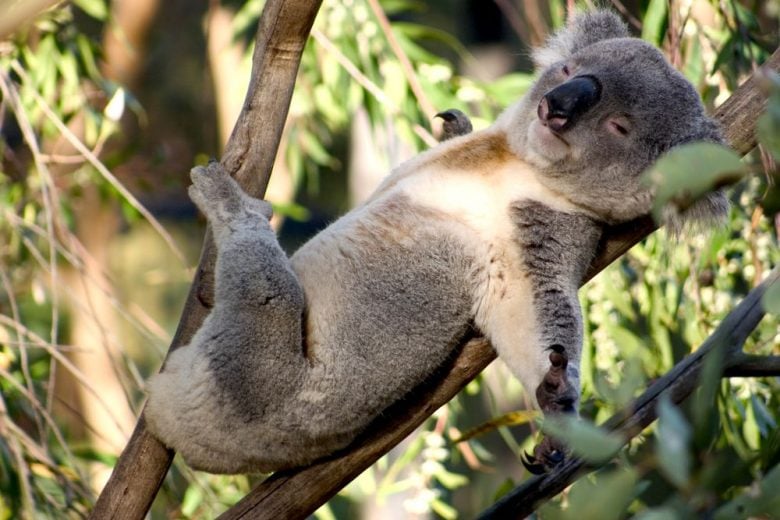 In 2012, the Australian Government declared the koala as vulnerable. Researchers are suggesting the marsupials’ conservation status be changed to critically endangered, as they estimate there could be as few as 43,000 left in the wild. Koalas numbers are declining due to habitat destruction, bushfire, road accidents and domestic dog attacks 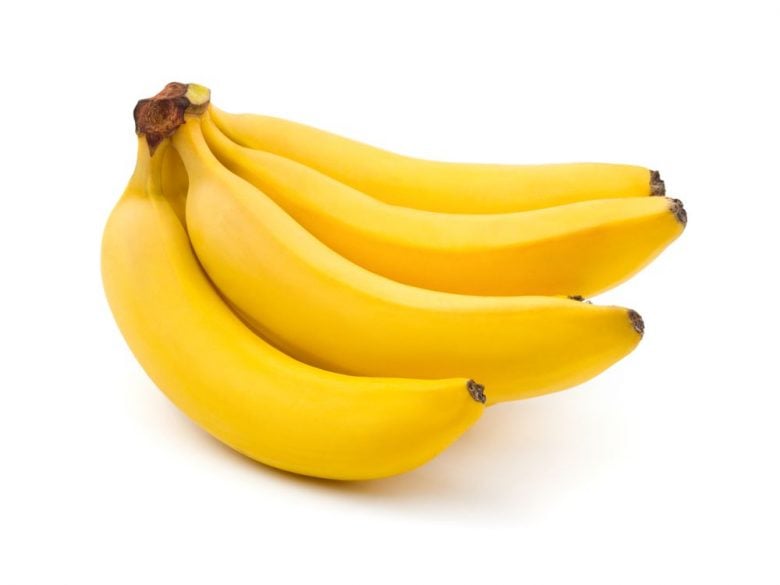 Although there are more than 1,000 types of bananas, a species called the Cavendish is the one most commonly found in grocery store produce departments. A fungal disease is causing the plants to produce inedible fruit and climate change is helping it spread. If the bananas are not wiped out entirely, they could become very expensive. 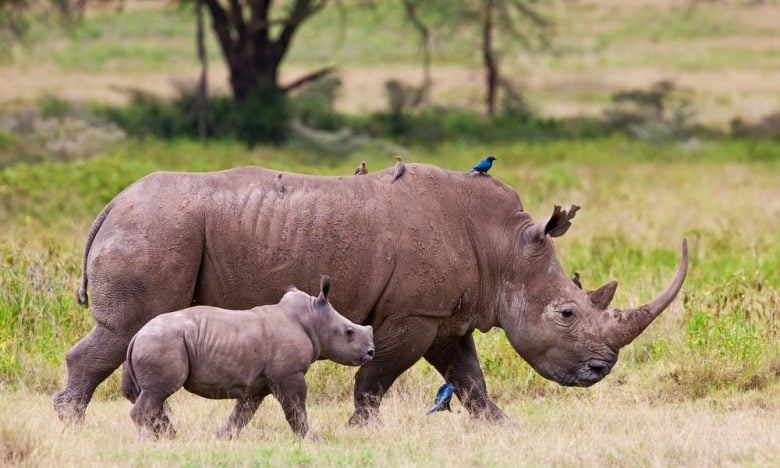 Researchers estimate that three rhinos are poached every day and have been for five straight years. Although conservation efforts have shown promise, poaching, habitat loss and other factors have endangered many species of rhinoceros. For instance, fewer than 80 Sumatran rhinos remain and no more than 67 Javan rhinos exist, meaning they could all be gone by 2050. 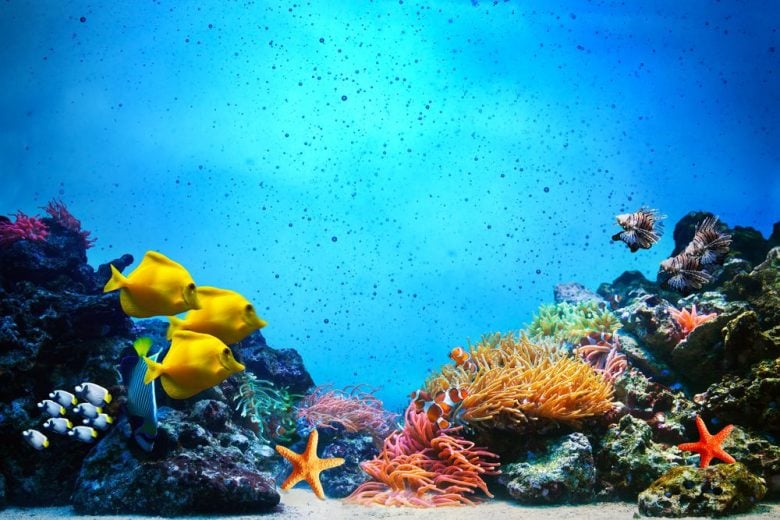 Coral is more than just attractive underwater scenery for snorkelers. These marine invertebrates build reefs that become valuable ecosystems. Scientists say coral reefs around the world are dying due to waters getting warmer than they’ve ever been. 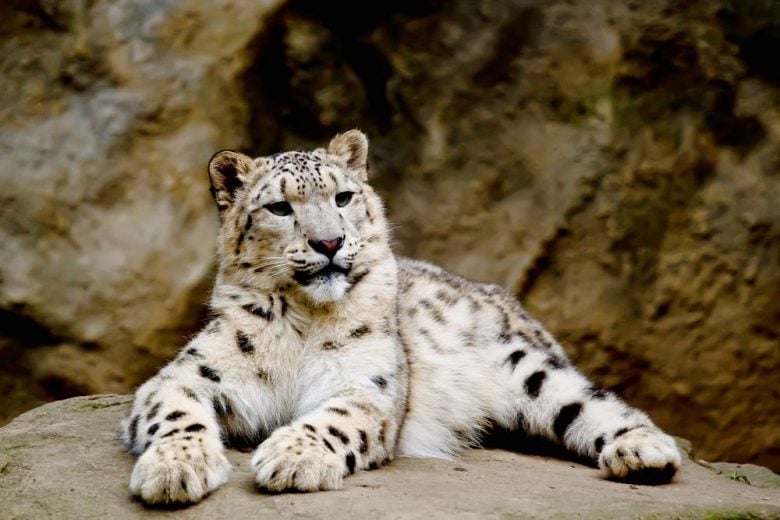 These striking big cats have roamed the icy slopes in a dozen countries throughout Central Asia for as long as humans can recall. However, hunting, habitat loss, climate change and retaliatory killings by local farmers have put the animals at risk. If conservationists are unsuccessful, snow leopards face extinction soon. 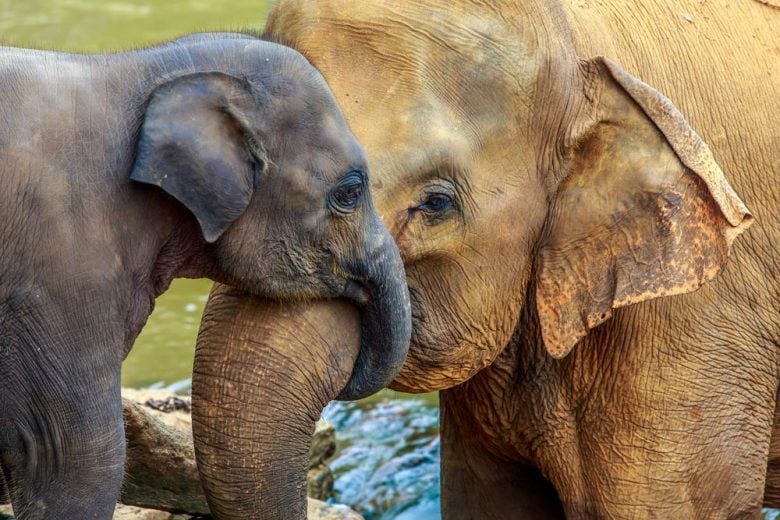 Watching an intelligent, happy elephant could light up even the worst day. However, conservationists state that their numbers have dropped by 62 percent over the last decade. Sadder yet, they report that elephants could be all but gone long before 2050 due to poachers who hunt the animals for ivory, meat and body parts. 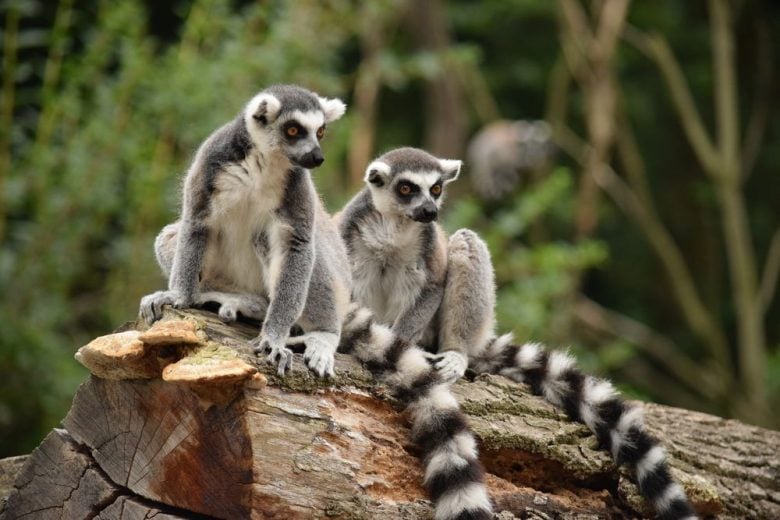 From “Zoboomafoo” to King Julien, lemurs have become a favorite animal of kids and adults alike for a long time. Sadly, they could be gone from our planet by 2050. Experts report that nearly every species of this primate is now endangered due to habitat loss and hunting. Conservationists are working to protect lemurs from poachers and provide them with a suitable environment.

This article originally appeared on TheDelite.com and was syndicated by MediaFeed.org. 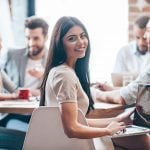 Previous Story:
Hate your coworkers? Here are 6 things you should never do about it 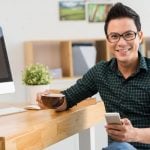 Next Story:
How to manage your finances as an on-demand worker