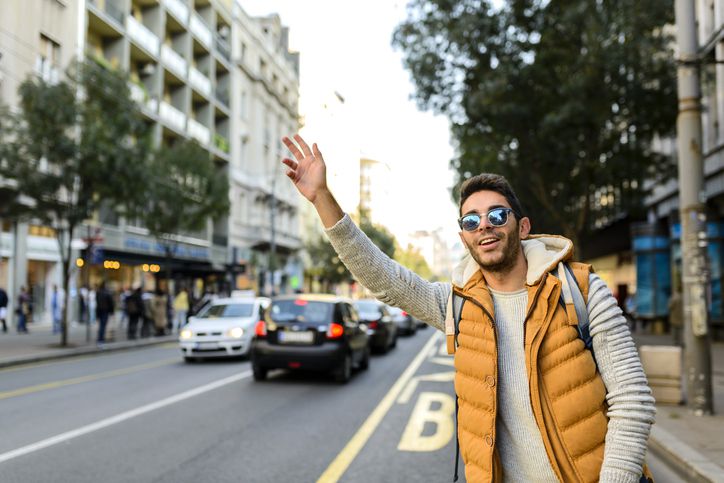 You have a fairly decent rating on a ride-sharing service, and have for quite a while, until something happens — and you get dinged, falling below 4.7, creating ride-sharing anxiety. A low rating may mean drivers choose not to pick you up, and in some cases, riders can’t even see their rating (we’re talking to you Lyft) unless they ask the driver.

Now Uber, (which reportedly drops drivers with ratings below a 4.6,) is threatening to drop riders as well. Anyone with a “significantly below average rating,” may be cut off by the service, although Uber is not explaining what that number may be.

While there are ways to help you be a better rider, do remember that drivers can give you a low rating no matter what you do, just because they choose to — as you can rate them in any way you choose as well. This gamification — giving people scores based on how well they behave (or, play) — is one way to create engagement in the service. But should you get a bad rating as a rider there is no one to contact, no one to argue your case with, and no way to know which driver, or why, the low rating happened.

In both Uber and Lyft, the Help service options in the ride-sharing apps don’t allow you to request information about your ratings — and are instead tied to a specific ride, or general questions about payments and other details.

Uber does offer some explanation as to why and how ratings are determined, but states that you, nor a driver, can “see individual ratings tied to a particular trip or person,” it writes in the app.

An email request for comment from Lyft and Uber as to how riders may get assistance from the ride-sharing companies if they believe a rating was not given fairly, has not yet been returned. But Uber told GearBrain that riders can use the in-app messaging feature to find out what goes into their average rating. Uber also said that the company does not ask riders for demographic information about them, beyond confirming they are at least 18-years-old when they make an account — and so does not know someone’s gender, age or other details. Drivers do actually see passengers when they get in a car — assuming someone isn’t using a different rider’s account. But Uber states in its community guidelines that behavior that involves discrimination “can result in the immediate loss of access to the Uber apps.”

If you’re hoping, in any event, to do what you can to stay on the better side of a driver’s opinion of you — and help chase a better rating — consider avoiding these acts below. In the end you ultimately won’t know how a driver chooses to rate you, but do any of these five and you’re almost guaranteed to tank your standing.

1. You complain about lateness

Complaining about how late someone is to pick you up is probably one of the bigger pet peeves among Uber drivers. They’re fighting traffic and they want to get there as quickly as you want them to as well — they get paid by the ride. Asking them to speed up — also a big no. Instead, try a ‘Thank you,’ when you get in the car — and spark up a conversation. Not everyone is going to want to chat, but most drivers expect it. I’ve listened to drivers talk about their lives before moving to the U.S., share stories with them about our families, and even pried a recipe for chickpeas from one driver. (Which was a winner.) Be polite.

2. You make them wait

Waiting is a no-no. We’ve all been sent to the wrong corner, or told to stand on one side of the street as your ride share shows up on the other. It’s not worth making a complaint. Instead, keep an eye out for the car — the app does tell you what model is on its way, and even the vehicle’s license plate. So as it drives down the street, wave as you see it approach, ask who they’re picking up (safety first) and then be ready to get in the backseat.

3. You smoke or eat in the back seat

Don’t be that rider, the one who gets into the car and asks to light up. Or worse, slides into the backseat and starts chowing down on an egg salad sandwich. You’re taking an early morning ride? Keep the coffee lid on as well. Spilled cappuccino in the back seat is something a driver has to clean up — which means they’re delayed even further on picking up the next ride. And yes, it means you’re going to get dinged.

No one else is going to feel as protective about your rating as you are. So when you let a friend take a ride on your account, or your kids for that matter, you’re handing your reputation to people who won’t pay the bill. There’s no way to know, for example, if they’ve slammed the door when they’ve walked out, a big peeve among drivers. Keep your account to yourself.

Tipping may sound like an optional practice. Trust me, it’s not. Tip your delivery person. Tip your server in a restaurant. And make sure you tip the person safely driving you from one location to another. As someone who paid part of their way through college waitressing nights and weekends, I can tell you that that extra dollar you think means nothing, means plenty. Each dollar adds up — and it’s not even the value of the money as much as that person knowing someone appreciated their service.

Some reports state that ride-sharing drivers don’t know if they’ve earned a tip until later in the day, and have to rate before they see that detail. Tipping in cash may be a good move, for those who still use paper bills. And here’s a final tip from me: If you’re getting a discount on that ride, tip on what the full amount would be. Whether your rating goes up or not, it’s just the right thing to do. 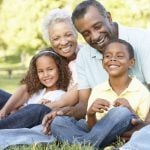 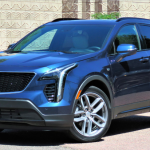