50 of the world’s most beautiful lakes

These days we’re all dreaming about traveling again. Why do you love to travel? Is it about rare architecture or world-class museums? Food you’ve never tried before? Immersing yourself in a different culture? Or could it be about experiencing amazing natural phenomena such as animal migrations, gorgeous beaches…or the world’s most beautiful lakes?

Some lakes shine in winter, and others in summer. Some are beautiful because of the simplicity of the surrounding landscape—while the beauty of others can’t be separated from the grand geological features surrounding them.

‘Visit’ the world’s most beautiful lakes

Whatever your preferences, we feel certain you’ll find plenty of lakes on this list that you’ll want to put on your travel list. Here are 50 photos of gorgeous bodies of water all around the world.

When this nearly mile-deep lake freezes in the frigid Siberian winter (the ice is so thick you could drive a car on it), methane gas that rises from the lake’s floor creates gorgeous patterns in the ice.

Located at nearly 18,000 feet above sea level—making this one of the highest lakes in the world—this beautiful alpine lake remains frozen for over six months out of the year.

Yamdrok (which means “turquoise” in English) is a sacred lake to Tibetans. The long, slender body of water is surrounded by a beautifully austere landscape of hills and snow-capped mountains.

Nope, this isn’t photoshopped. Diablo Lake’s unworldly turquoise water is caused by suspended rock particles that sift into the lake after being ground up by surrounding glaciers.

Looking straight out of a fairytale, this aquamarine lake in the Julian Alps is best known for the island in its middle (thanks, Instagram!), which is home to a centuries-old, red-roofed church.

Gleaming Lake Pichola, surrounded by Jaipur, is a human-made lake that was first developed in 1362 AD. Over the centuries, marble palaces and temples have been built around the lake and its four islands.

Gorgeous, circular Crater Lake is, yes, a lake formed in a caldera after volcanic activity. It’s one of the deepest lakes in the world — the deepest in the Western Hemisphere, in fact. The purity of the water and the surrounding landscape’s beauty make it one of the most stunning natural phenomena in the United States.

Sadly, Lake Powell is a reservoir that drowned spectacular canyon lands after a dam was built on the Colorado River. That being said, the canyons’ tops are still visible, and myriad inlets make this a very intriguing and beautiful lake to explore.

Colorful historic villas line the Lake Como’s shores, and steep, forested mountains rise high behind them. The lake has been popular since Roman times as a retreat for artists and aristocrats.

You practically couldn’t throw a dart in Norway and not hit a spectacular lake. Still, Rossvatnet—which is Norway’s second-largest lake—offers a simple beauty made up of land rolling gently away from the lakeshore and views of distant snowy peaks.

Stunning Lake Tahoe, ringed by trees and surrounded by snowy mountains in the distance, is one of North American’s ancient lakes and distinguishes being the deepest lake after Crater Lake.

Breathtaking in its scope and size, this great inland sea can be explored from many angles. In the winter, visitors trek to the Apostle Islands National Lakeshore in Wisconsin, where magnificent ice caves await them.

Melissani Lake is located below ground level inside a soaring cave—like the cenotes of the Yucatan—and its impossibly clear waters are (of course) a popular tourist attraction.

The largest lake in Chile is the keeper of a spectacular secret. The lake’s wave action against marble cliffs on its shores, over millennia, has carved out truly breathtaking caves, columns, and other formations that visitors can explore on commercial tours or by kayak.

The limestone bottom of this lagoon, located on Mexico’s Riviera Maya, turns the water a hauntingly clear turquoise. The lake is fed by the Yucatan Peninsula’s extensive underground rivers, which give rise to the cenotes that have made this part of Central America a destination for adventure-seekers.

This deep, high-altitude lake in the Andes is home to floating islands made out of indigenous residents’ reeds. Its deep blue creates a striking effect against the surrounding arid hills.

Micro-organisms in the water turn Lake Hillier in Western Australia into a startling opaque pink, and salt in the water dries into a shining white crust along the lakeshore.

Crystal-clear Hanging Lake, in Glenwood Canyon, is a travertine lake fed by waterfalls. The delicate landscape is visited in summer but can be dangerous in winter.

The backdrop to this long, Z-shaped lake is the jagged and snow-covered mountain range called The Remarkables, which lends the scenery an air of rugged drama.

Another unworldly turquoise lake that’s fed by silt from glaciers. Garibaldi is surrounded by magnificent, snow-covered peaks in the distance and hills steeply from the lakeshore.

Fed by underwater springs, Deer Lake is known for its nearly unbelievable clarity and the shifting colors of its waters. The lake is studded with islands, where wildlife can be seen.

This freshwater lake’s clarity, and the white silica-sand beach surrounding it, are stunning. The lake sits above the water table, so it is filled with rainwater only—making it too pure to support any life forms—which only adds to the lake’s eerily pristine appeal.

27. Lake of the Woods, Canada/Minnesota

You could get lost in this enormous, island-studded body of water. People flock here to fish and boat in the summer or ice-fish in the winter.

This lake, which formed in an extinct volcano crater, turns a brilliant blue during Australia’s summer months. During the winter, its color is more muted, and scientists are still not sure why.

Located on Alaska’s Kenai Peninsula, this clear turquoise lake is surrounded by snow-capped peaks. The area is rich with wildlife such as bears, caribou, and moose.

The Grand Tetons are some of the most breathtaking mountains in the United States. Delta Lake, located within Grand Teton National Park, is another meltingly beautiful “rock-flour”-fed turquoise lake.

The serenely beautiful Borovoe, located in Burabay National Park, is ringed by lush forests and striking rock formations. A circular inlet in the lake makes for a dramatic photo-op.

Dried salt formations in and around the lake and the austere beauty of the surrounding Negev desert make the Dead Sea stunningly beautiful (and yes, it really is a lake, not a sea). It’s almost impossible to swim beneath the surface due to the lake’s high saline content.

Bayous and sloughs, punctuated with submerged bald cypress trees and rafts of Spanish moss, make this lake a mysterious place for exploration. An international treaty protects the wetland.

Located within the Nakuru National Park in Kenya’s Great Rift Valley, Lake Nakuru is widely known for the vast flocks of flamingos that feed on the lake’s abundant algae.

Lake Champlain, which straddles the US and Canada border, is notable for the islands within it. Stacks of gently rolling hills add to its air of gentle beauty.

Maroon Lake, located a short drive from Aspen, is a mountain lake that sometimes perfectly reflects the distant Maroon Bells peak in its waters.

Atitlan is a Sierra Madres crater lake, and it’s the deepest in Central America. Three volcanoes preside over one side of the lake, while small towns and villages hug the lakeshore on the other, making for impossibly beautiful photo ops at every turn.

This government-protected “little sea” is a haven to nearly 200 bird species and the lotus flowers that bloom from February to March drape the water with pink.

Deep, clear Sebago is dotted with beautiful sandy beaches and is surrounded by forest. Visitors come here year-round to swim or to cross-country ski in a serenely beautiful landscape.

Dam-created Lake Martin is one of the largest human-made lakes in the United States. Rocky, tree-covered formations rise directly out of the water in places, making this a beautiful place to explore.

The Lake District in England is known worldwide as a destination for lake aficionados. Derwentwater is one of the largest in the district, with a serene landscape that highlights the forested hills of Cumbria.

Huge freshwater Lake Okeechobee is as shallow as one could expect from a lake that’s a gateway to the magnificent Everglades. Visitors come here year-round to traverse the surrounding Florida National Scenic Trail.

One of the few lakes in Hawaii, Lake Wa’ia’u, is located inside the dormant volcano Mauna Kea’s cinder cone. The contrast between its blue water and the unforgiving volcanic landscape that surrounds it is stunning.

Maligne Lake is another alpine lake—this one located in Alberta’s Jasper National Park—that boasts vivid turquoise waters that reflect the jagged glaciers around them.

Lake Coeur d’Alene was formed over 10,000 years ago by floods ripped through this part of the country. Today, it’s a dam-controlled body of water that is beloved in summer for its beaches.

Known for its many delicate travertine waterfalls, the conjoined Plitvice Lakes (located within a national park) are soothing and translucent.

Kris Collingridge is MediaFeed’s syndication strategist. She has worked as a print and digital journalist and editor for nearly 20 years. She was arts & entertainment editor at Seattle-based news magazine ParentMap, then a producer and editor at MSN, where she drove audience engagement as programmer of the Travel section.
View all posts 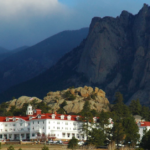 About the Author / Kris Collingridge

Kris Collingridge is MediaFeed’s syndication strategist. She has worked as a print and digital journalist and editor for nearly 20 years. She was arts & entertainment editor at Seattle-based news magazine ParentMap, then a producer and editor at MSN, where she drove audience engagement as programmer of the Travel section.