Since time immemorial, a quite vexing situation has persisted for lovers of language. Namely, it’s the fact that translating something from one language to another can cause the original intent to be lost, sometimes spectacularly so.

Take, for example, the 1978 hit song “Two Out of Three Ain’t Bad” by the singer Meat Loaf. When the single was released in Japan, the title was translated to “66% Temptation.” It would be fair to suppose that’s probably not what songwriter Jim Steinman had in mind, but when you’re translating something from one language to another, there’s no guarantee that you’ll get le mot juste every time.

This is particularly problematic when it comes to movie releases. What draws audiences in Omaha may not get the same result in Beijing, so foreign distributors must decide what wording is right for their respective territories. This can result in some translations that are a real mouthful, or are just plain wrong. We present you with some of the most notably hilarious here.

We had to start with this one, right? This 2003 romantic comedy starring Scarlett Johansson and Bill Murray is a perfect example of a title being totally lost in translation. When it played in Portugal, the title was changed to “Meetings And Failures In Meetings.”

This 1996 crime drama by the Coen Brothers remains one of their best-received movies, even 25 years later. However, it’s worth wondering if it would have received the same accolades if it had been released in the United States under the same title it received in China – “Mysterious Murder In Snowy Cream.”

3. Eternal Sunshine of the Spotless Mind

2004’s “Eternal Sunshine of the Spotless Mind” is a critically lauded film about a couple that breaks up and then has their memories of one another erased. It’s a complicated premise, which is perhaps the reason why it was titled “If You Leave Me, I Delete You” when it played in Italy.

1995’s “Leaving Las Vegas” stars Nicolas Cage and Elisabeth Shue as a drunk and a prostitute, respectively, who form an unlikely relationship. Japanese film distributors may have felt that the original title was too vague, providing them with the possible impetus to rename the movie “I’m Drunk And You’re A Prostitute.” Hey, it’s accurate.

5. Cloudy with a Chance of Meatballs

“Cloudy with a Chance of Meatballs” is a 2009 animated movie based on the children’s book of the same name. When it played in Israel, it was renamed “It’s Raining Falafel,” presumably in a nod to local cuisine. All fine and good, but don’t they know what meatballs are in Israel?

Released in 1992, “Army of Darkness” is the third movie in the “Evil Dead” trilogy, and it concerns a hapless department store employee named Ash who is transported to the Middle Ages via supernatural means to do battle against the undead. Perhaps focusing a little too much on Ash’s day job, the movie played in Japan under the title “Captain Supermarket.”

The 1979 horror classic “Alien” was called “The Eighth Passenger” when it was released in Israel, and that’s actually a decent title given the plot of the movie. However, once you get to the third installment, “Alien 3,” simply adding the number “three” to the Hebrew title results in “The Eighth Passenger Three,” which is technically accurate and utterly incoherent.

The 1997 Jack Nicholson vehicle “As Good As It Gets” is the story of a man with obsessive-compulsive disorder who generally treats everyone around him horribly, yet still manages to retain friends and have a romantic relationship with Helen Hunt. It was released in China under the name “Mr. Cat Poop.”

In 2005’s “The Pacifier,” Vin Diesel plays a Navy SEAL who has to care for five very small children. Hilarity ensues! While we acknowledge that the “tough guy has to put up with kids” trope is well-worn and has been done better countless times, we appreciate the time, effort, and energy that it took to rename the movie “A Supertough Kangaroo” when it played in Spain.

1997’s “The Full Monty” is the story of a group of unemployed British steelworkers who become male strippers. While the movie derives much of its humor from the spectacle of middle-aged dudes in thongs that exacerbate their dad bods, it seems a little harsh that it was renamed “Six Naked Pigs” when it played in China.

When the 1977 Woody Allen movie played in Germany, it was given the name “Urban Neurotic,” which really hits the nail on the head. The only problem, of course, is that the same title would work for almost every other movie Woody Allen ever made, so maybe they should number it?

“Boogie Nights” is a 1997 ensemble piece about the pornographic film industry during the 1970s. When it played in China, it was called “His Powerful Device Makes Him Famous,” which is kind of a spoiler-y title when you get right down to it.

In 1987, Tom Hanks and Dan Aykroyd starred in “Dragnet,” which was both a tribute to and a parody of the 1960s television show of the same name. The movie was not well-received by critics or audiences, but the title it was given in Germany is worth a chuckle – “Floppy Coppers Don’t Bite.”

The 1999 drama “Girl, Interrupted” stars Winona Ryder as a young woman who is committed to a psychiatric hospital in the 1960s, and it was the breakout movie for Angelina Jolie. In Japan, it received the very technical title, “17-Year Old Girl’s Medical Chart.”

The 1978 musical “Grease” is one of the most popular and beloved movies of all time, but if you want to watch it in Argentina, you’ll have to refer to it by the name “Vaseline.” That seems like kind of a strange translation, but kudos to them for not calling the movie “Petroleum Jelly.”

The inspiring 1994 movie “The Shawshank Redemption” is based on a novella by horror author Stephen King, and many viewers have been known to tear up while they watch it. In China, however, it must have hit differently because they gave it the title “Excitement 1995.”

If you want to watch the 1991 comedy “Hot Shots!” while you’re visiting the Czech Republic, you may be disappointed at the results. In that country, the movie was given the significantly less exciting title of “Warm Shots.”

The 1983 teen comedy “Risky Business” is the movie that made Tom Cruise a star. He portrays a college-bound student who hires a prostitute, and when all is said and done he develops an appreciation for capitalism that gets him into Princeton. In China, the title it was given seems to imply that he would have been better off if none of that had happened – “Just Send Him To University Unqualified.”

The 1999 science fiction movie “The Matrix” is an influential and revolutionary piece of filmmaking. In France, it received a title suggesting that whoever renamed it might have watched about two minutes of it, because the title that person came up with was “The Young People Who Traverse Dimensions While Wearing Sunglasses.”

In 1998’s “The Waterboy,” Adam Sandler portrays a person of limited intellect who achieves greatness on the football field. Since there are scant opportunities to watch American football in Thailand, it may not be known that football teams have a designated water boy, which may be why it was given the title “Dimwit Surges Forth” instead.

1975’s “Jaws” is a stone-cold horror classic, and it was the biggest blockbuster ever in its time. In France, they called it “The Teeth From The Sea,” which suggests a more laid-back experience than the movie actually provides.

The 2007 Seth Rogen vehicle “Knocked Up” is the story of a goofy, unserious man who accidentally impregnates a woman he meets at a bar while drunk. While his character arc is no doubt fascinating, Katherine Heigl’s pregnant character won the movie the very instructive title of “One Night, Big Belly” in China.

The 2005 version of Mel Brooks’ “The Producers” is based on the Broadway musical and stars Nathan Lane, Matthew Broderick, and Uma Thurman. Despite having name recognition dating back to the original 1967 film, the people who make these decisions in Italy decided that the movie should be rechristened “Please, Do Not Touch The Old Women” instead.

The 1994 movie “Leon: The Professional” stars Jean Reno as an assassin who befriends a very young Natalie Portman. Despite being a cold-blooded killer, he develops a paternal bond with her character, which is the likely reason that in China it was given the name “This Hit Man Is Not As Cold As He Thought.”

If a movie is more than 20 years old, as in the case of the 1999 Bruce Willis vehicle “The Sixth Sense,” it’s probably safe to say that the statute of limitations on spoilers is over. Still, when the movie played in China, the movie was given the title “He’s A Ghost!” Congratulations, you now don’t need to watch the movie.

In 1996, Vince Vaughn and Jon Favreau got big career boosts when they starred in “Swingers,” a comedy about the trials and tribulations of a group of womanizing twenty-somethings. When it played in Sweden, it was given a title that was likely a direct translation of one of the lines of dialogue – “Hey, Where Are The Babies?”

2010’s “Little Fockers” is the third movie in the “Meet the Parents” franchise. A comedy starring Robert De Niro and Ben Stiller, the title it was given in Thailand was “Zany Son-In-Law, Zippy Grandkids, Sour Father-In-Law,” which reads less like a movie title and more like ingredients for baking your very own “Meet the Parents” movie. 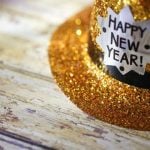