Can you receive Social Security if you’re still working? 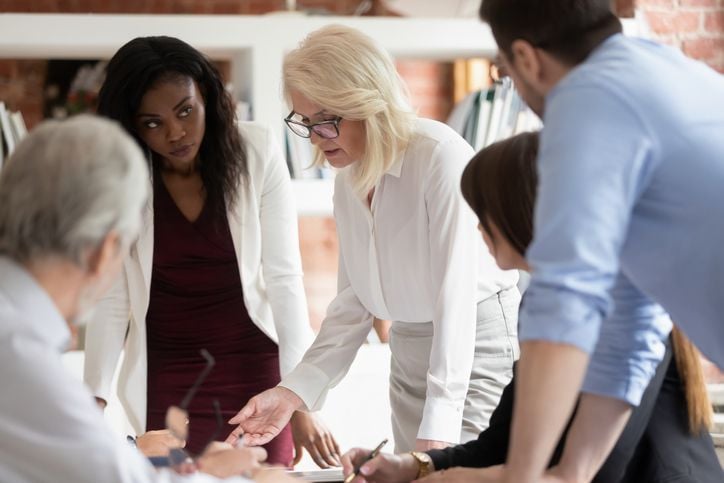 We received the following question from a user:

If I claim retirement at 65 and am still working, what effect will my earnings have on my Social Security income?

This question, from a user whom we will call Fred, is common (increasingly so, as seniors are working at historic rates), but in order to answer it, we must consider the full context. 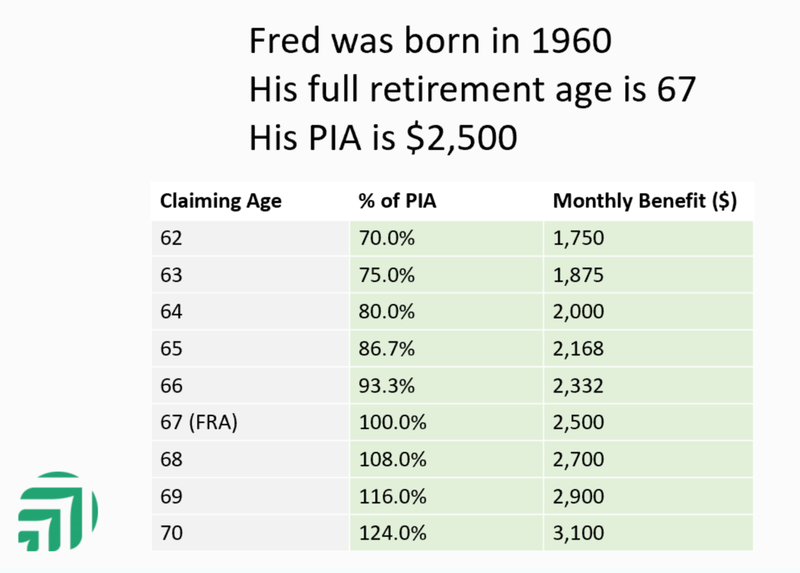 As seen above, Fred’s decision to retire at 65 means that instead of receiving $2,500 every month, he will be entitled to collect $2,168.

Now that we know how much Fred will be entitled to in Social Security income, we can start to dissect how working will affect what he gets from Social Security.

Because Fred intends to collect his Social Security benefits a full two years before he reaches FRA, he fits neatly into the first group. For groups 1 and 2, the SSA applies an annual earnings limit, above which beneficiaries begin to have a part of their monthly benefit withheld. This limit applies only to earned income, meaning income from a job, income from a business where you have a role in daily operations or income from self-employment. Income from investment or some other form of passive income is not considered.

The specific formula differs by group. In Fred’s circumstances, the rules are as follows:

The annual earnings limit grows by a small percentage each year, but for the sake of our analysis, we will continue to use $18,240 as the benchmark to assess Fred’s case. Fred is responsible for informing the SSA of his expected income in advance, so it can perform its withholding calculations. Fred’s $35,000 in annual work income will exceed the limit from the earnings test of $18,240 by $16,760. As mentioned above, for every $2 he exceeds the earnings limit, his Social Security benefit will be reduced by $1. So, his withholding will amount to $16,760 divided by two, or $8,380.

We know that Fred is entitled to receive $2,168 when he claims his earned benefits at 65. We also know that he will be earning $35,000 per year from work and that $8,380 will be withheld with his Social Security retirement benefits as a result of the earnings test.

But how exactly does withholding work? The Social Security Administration will determine a certain period of months during which Fred simply will not receive a benefit. To do this, they divide the amount to be withheld by his earned benefit, and then round up. So for Fred, they would take the $8,380 that is set to be withheld and divide by his benefit of $2,168; that equals 3.86, so they would round up to four.

Thus, Fred will not receive his Social Security income from January through April. There are two aspects that ought to make you curious:

In response to the second concern, the money Fred foregoes as a result of the earnings test is essentially temporary, as the Social Security Administration will adjust his monthly benefit upwards once he reaches full retirement age. As we discussed at the beginning, Fred’s earned benefit is actually 86.7% of his PIA, because he retired 24 months early of his FRA. As a result of the four months of benefit withholding, the SSA will recalculate his monthly income amount as if he retired 20 months prior to his FRA, entitling him to a greater percentage of his PIA.

The SSA will increase the percentage of his PIA that he is entitled to by 5/9 of 1% for each of these four months. Since Fred will spend two years working prior to reaching his FRA, both working and earning Social Security, he will have income withheld for a total of eight months. The result is that his benefit will increase from $2,168 to $2,223. The graph below shows how over time, Fred will make the money back that was withheld: 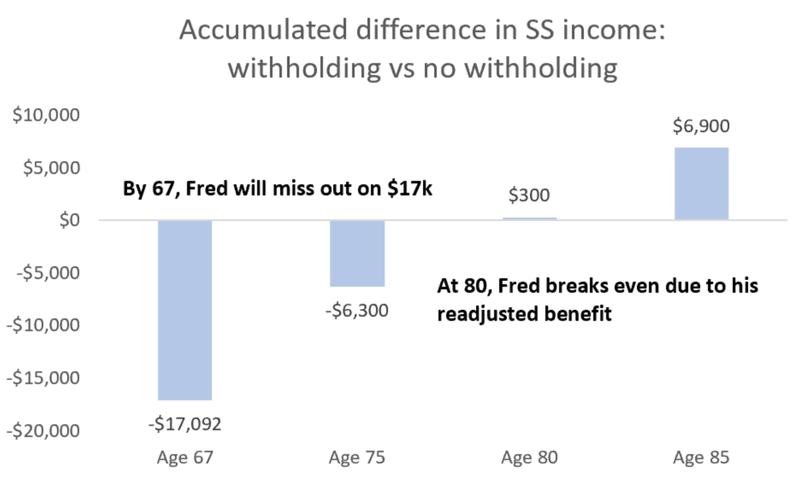 If you are thinking about collecting Social Security before the full retirement age and continuing to work, you must be aware that this will impact the amount you receive from Social Security income. Understanding this could alter the decision that optimizes your retirement.

In Fred’s case, collecting his benefits early will cause his monthly benefit to decrease, and working during this period will cause him to go four months without collecting money from Social Security. However, this is not money lost, as the SSA will then readjust his benefit when he reaches FRA

Millions of Americans have paid into the Social Security system. Unfortunately, confusion is common, highlighted by misconceptions around spousal benefits, survivors benefits, child benefits, taxes on Social Security, maximizing Social Security while working, cost of living increases, how to apply and more. Some of these mistakes can cost recipients upwards of $80,000.

Increasingly, online Social Security blogs and free calculators are emerging to help people avoid costly mistakes (we believe the SimplyWise Calculator is the best). Hopefully, with better education around the topic, Americans can maximize what they’ve earned. 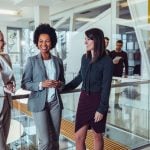 Previous Story:
The 20 best workplaces for women in Seattle 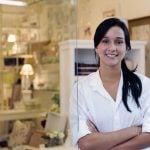