Looking back as far as 1580, the U.S. is the number one shark attack hotspot is the world, a long way ahead of second-placed Australia with 1,563 and 682 attacks, respectively. 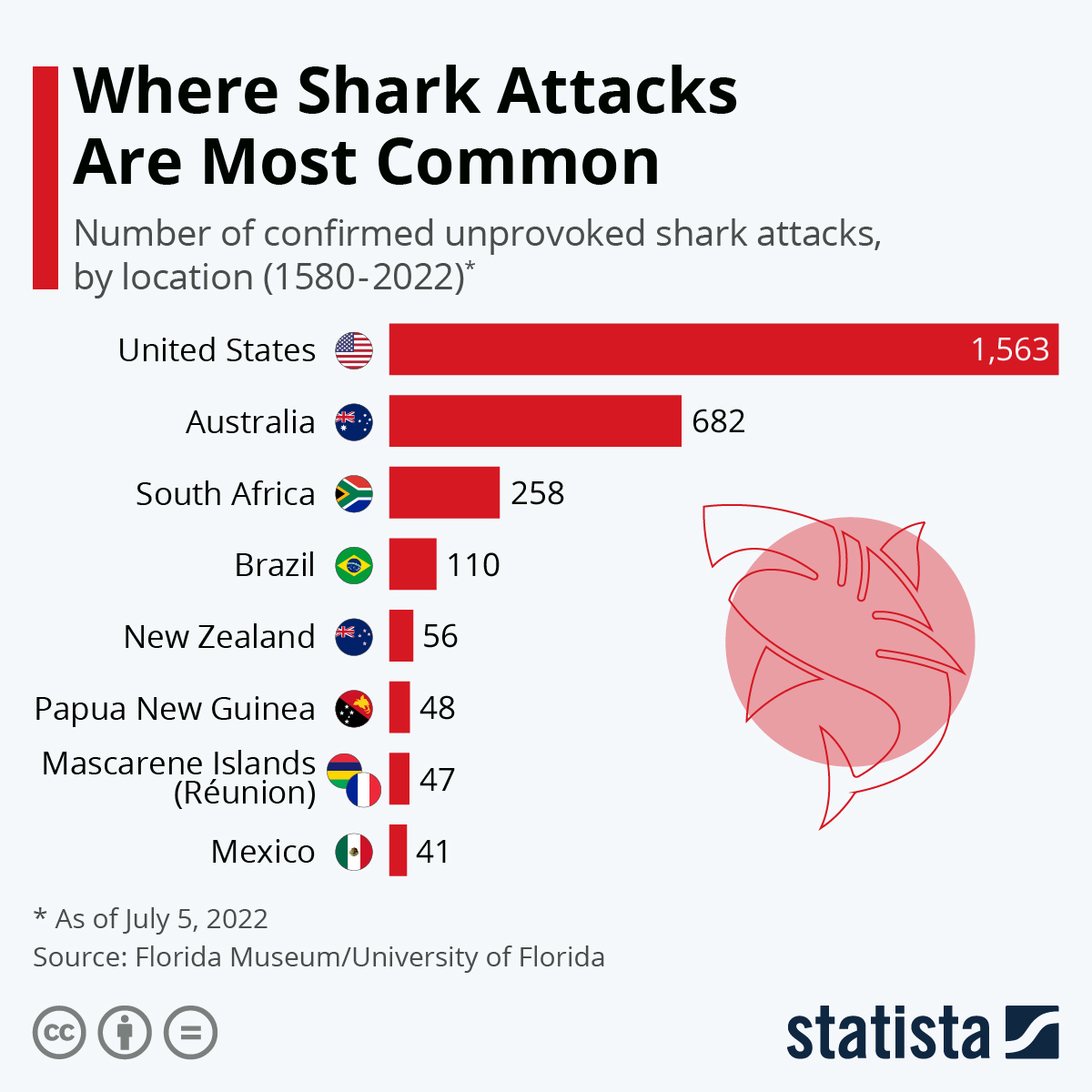 More countries with long (tropical) coastlines and islands appear on the list of places where swimmers and surfers should keep an eye out. South Africa and Brazil both recorded attacks in the triple digits.

Despite these numbers, the University of Florida and the Florida Museum which compiled the list states that the risk of dying to a shark attack in your lifetime is just 1 in 3,748,067. Far lower than the chances of having your life ended by fireworks, for example, at 1 in 340,733, or lightning at 1 in 79,746.

In fact, the chances of death during a shark/human encounter are exponentially higher with the roles reversed. As research by the International Union for Conservation of Nature and Natural Resources shows, 37 percent of shark and ray species are currently threatened by extinction.

A 2021 report by the WWF revealed the alarming scale of the shark meat industry: “Up to 100 million are killed each year, and some populations have declined by more than 95% as a result of overfishing.”

This art is garbage. Literally

Previous Story:
Investment professional: Inflation may be bigger problem than thought
Next Story:
Report: 1,900 US military guns lost or stolen in a decade